New Fish Species Only YOU Could Love #1: Parotocinclus, Garra, Phallobrycon

For all the colorful fishes that grab our attention, AMAZONAS readers surely know that gaudy appearances are only fin deep. For the truest of fish geeks out there, we present a smorgasbord of unassumingly dull, yet nevertheless beautiful-on-the-inside new species descriptions that only the least superficial among us will get excited for!

In honor of those die-hard ichthyologists who scour the planet in search of new life—even if it is drab brown—let us be the first to herald your accomplishments! Could we just encourage you, and the journals that publish your work, to also include photos of the live coloration (even if it does look more or less the same dead or alive)? 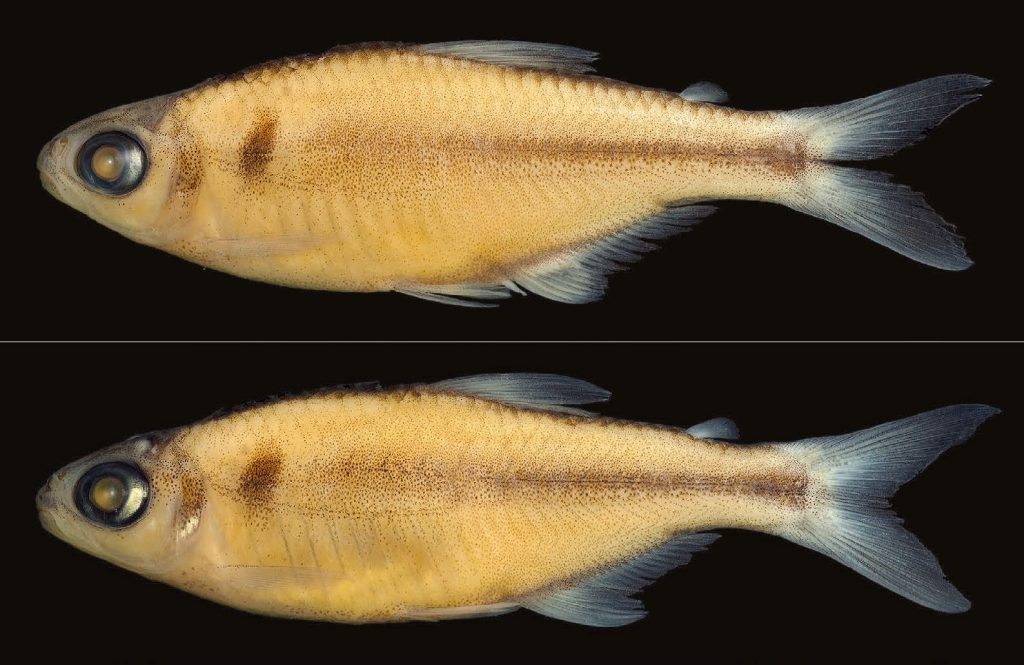 Andre L. Netto-Ferreira, Douglas A. Bastos, Leandro M. Sousa, and Naercio A. Menezes introduce this new species of tetra in the paper Phallobrycon synarmacanthus, a new species of Stevardiinae from the Xingu basin, Brazil (Teleostei: Characidae), published in the journal Ichthyological Exploration of Freshwaters, November 2016. Since the description doesn’t include any comments about live coloration, we’re guessing that when alive, this species is probably just a silvery gray with a nice black humeral spot. But we could be surprised. Read the full description here. 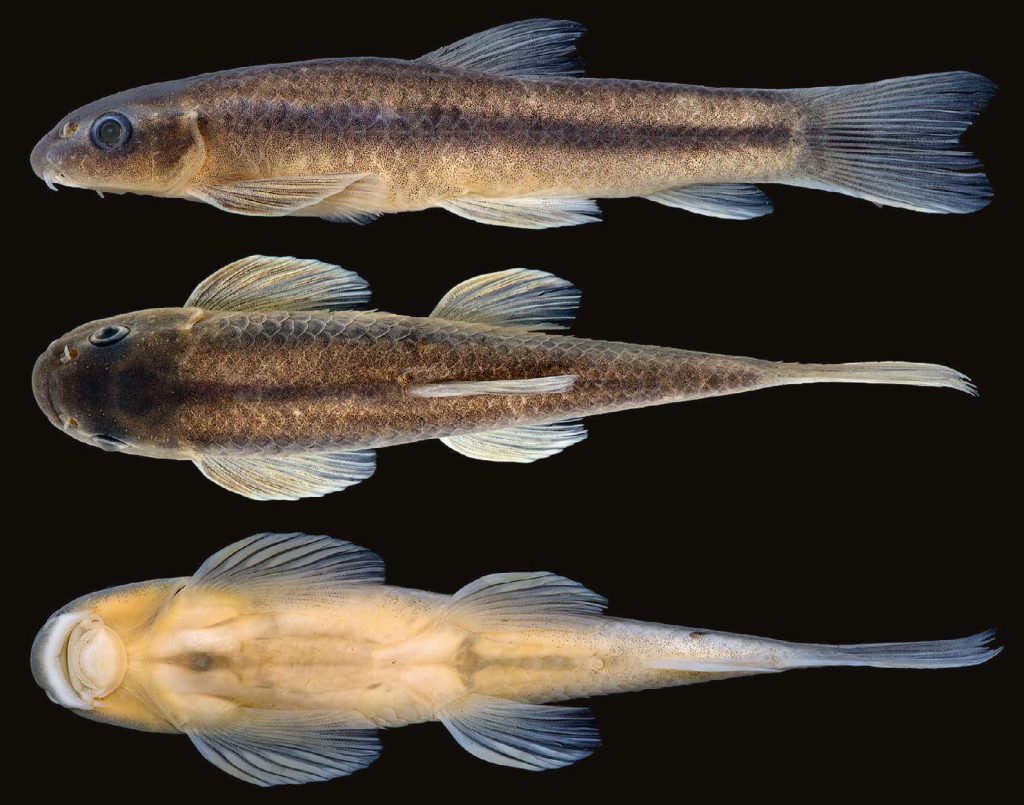 Looking slightly less dead than the tetra above, at least Garra mini has a cool-sounding, easy-to-remember name going for it. Discovered in three waterfalls from two river drainages in southeastern Bangladesh, and reaching sexual maturity at only 40 mm in length, the epithet mini seems well deserved. This is another little brown fish with a horizontal black stripe. Garra mini, a new small species of rheophilic cyprinid fish (Teleostei: Cyprinidae) from southeastern hilly areas of Bangladesh, published in October 2016 in the journal Ichthyological Exploration of Freshwaters, by authors Md. Mizanur Rahman, Abdur Rob Mollah, Michael Norén, and Sven O. Kullander, can be read in full here. 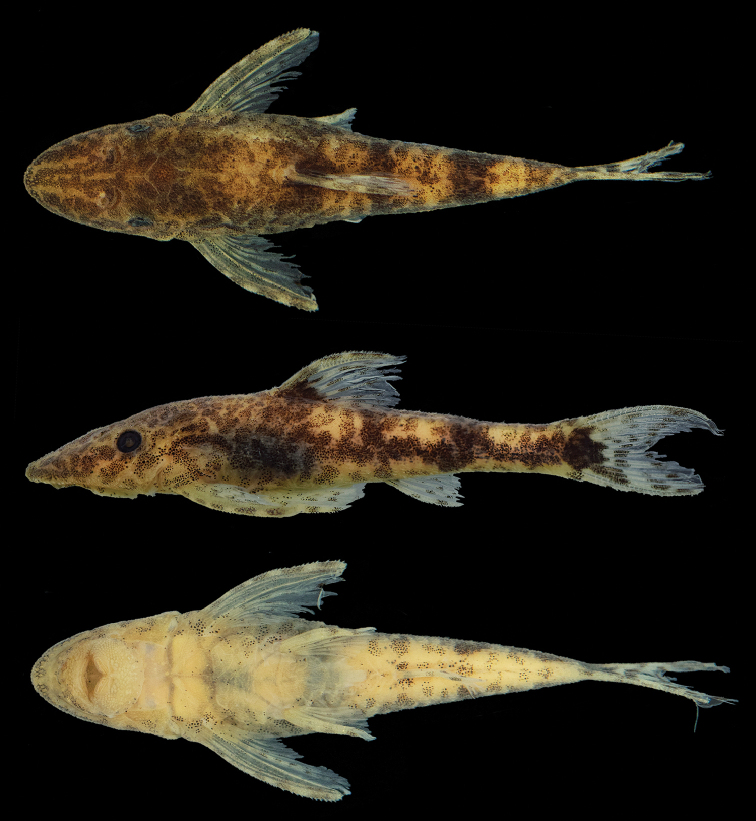 Showing at least some potential for a truly attractive outward appearance when alive, probably at least kinda blotched shades of brown, there’s hope for Parotocinclus dani. Fábio F. Roxo, Gabriel S. C. Silva, and Claudio Oliveira described the species in November 2016 in the paper Description of a new species of Parotocinclus (Siluriformes, Hypoptopomatinae) from the rio Tapajós basin, published in the journal ZooKeys. The paper’s abstract includes very helpful diagnostic information for the species:

“A new species of Parotocinclus is described from three small tributaries of the rio Tapajós basin, Mato Grosso State, Brazil. The new species can be distinguished from its congeners by presenting the following characters: (1) a triangular dark blotch at the anterior base of the dorsal fin, (2) the absence of an adipose fin but presence of one small platelet at typical adipose-fin region, (3) the abdomen completely covered by dermal plates, (4) a pectoral girdle totally exposed, (5) a single series of bicuspid teeth, and (6) the higher number of bicuspid premaxillary and dentary teeth.”

You can see more images of this species, and learn about its sexually dimorphic characteristics (should you be oddly lucky enough to find this species swimming in your tanks, and you want to see if you could breed it), when you read the open-access article here.