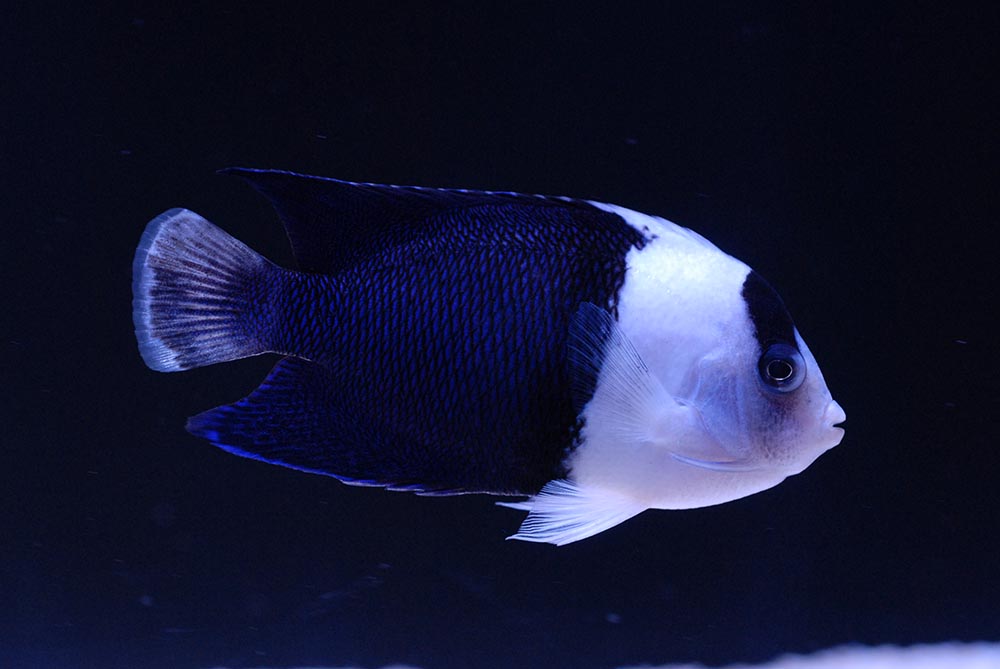 Los Angeles-based wholesaler Quality Marine recently received a uniquely patterned aberrant specimen of Bicolor Angel (Centropyge bicolor), which was collected in Fiji. Although oddly-patterned or aberrant dwarf angelfishes of the genus Centropyge make their way into the trade somewhat regularly, this particular specimen—which lacks all yellow coloration—appears to be only the second documented instance of this mutation making an appearance. Instead of the species’ trademark yellow and deep blue, this specimen’s colors are subdued, giving it a high-contrast, almost black-and-white, appearance.

Quality Marine indicated that the fish was collected and shipped from their “exclusive MAC-certified, Short Supply Chain vendor in Fiji,” noting that the company “has only seen a couple of these in the last 10 years, and all of them have been different.” The Bicolor Angel, although quite common in the hobby, does have a tendency to suffer from post-shipping stress and disease, which the company notes can be attributed to “long transit times and poor handling.” The company’s Short Supply Chain suppliers allow for “less time and cost associated with the inter-island or regional transport of these organisms, [more] control that can be exerted over the collection of these animals and the handling they endure,” with the end result being “better husbandry and care.” 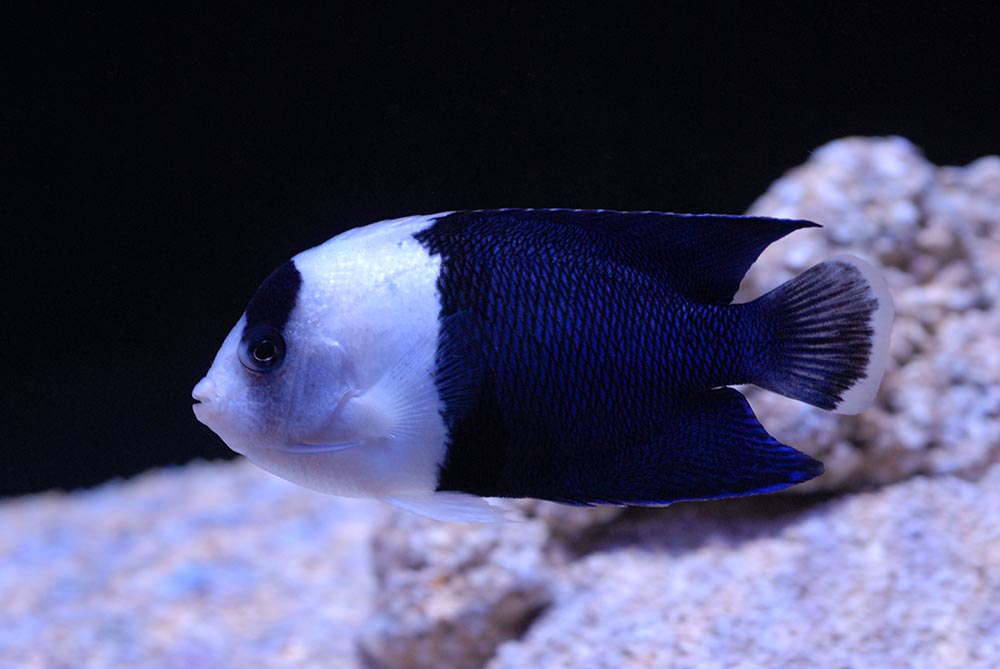 The new import originated from one of the company’s suppliers in Fiji and has settled in well, even taking prepared foods

Despite the recent arrival of this unique angel, a representative from the company said, “This specific specimen is the picture of health. He started taking a good mix of food very quickly, even some pelletized foods.” Hobbyists with a taste for the rare who may be interested in acquiring this unusual fish should contact their local aquarium shop and ask them to contact their Quality Marine sales representative.