Giving Thanks for a New Iranian Cichlid Species 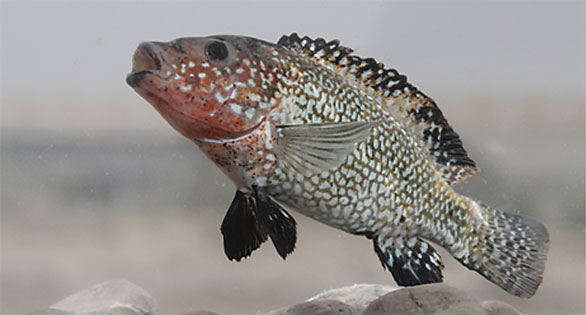 Most Americans were busy with the Thanksgiving holiday last week, but the rest of the world operated business as usual. While many of us dined on turkey with family and friends, authors Hamid Reza Esmaeili, Golnaz Sayyadzadeh, and Ole Seehausen saw the publication of their latest work, Iranocichla persa, a new cichlid species from southern Iran (Teleostei, Cichlidae). This species description was published on November 24th, 2016, in the journal ZooKeys.

This new species is a rather curious development: many old-time aquarists were led to believe that there are only three cichlid species found in Asia, all called Chromides, members of the genus Etroplus (E. canarensis, E. maculatus, E. suratensis). Of course, the Middle East is home to a few more species, which up until last week brought the official species tally to nine. The description of Iranocichla persa officially makes it ten, and it joins the sister species Iranocichla hormuzensis as one of only two cichlid species native to Iran. The only easy way to differentiate the two Iranocichla spp. is through male spawning coloration, which would mean that otherwise, geographic origin would likely be the only way to know which species you were dealing with. The paper hints that there is more taxonomic investigation to be done, alluding to another Iranocichla sp. “Kol.” 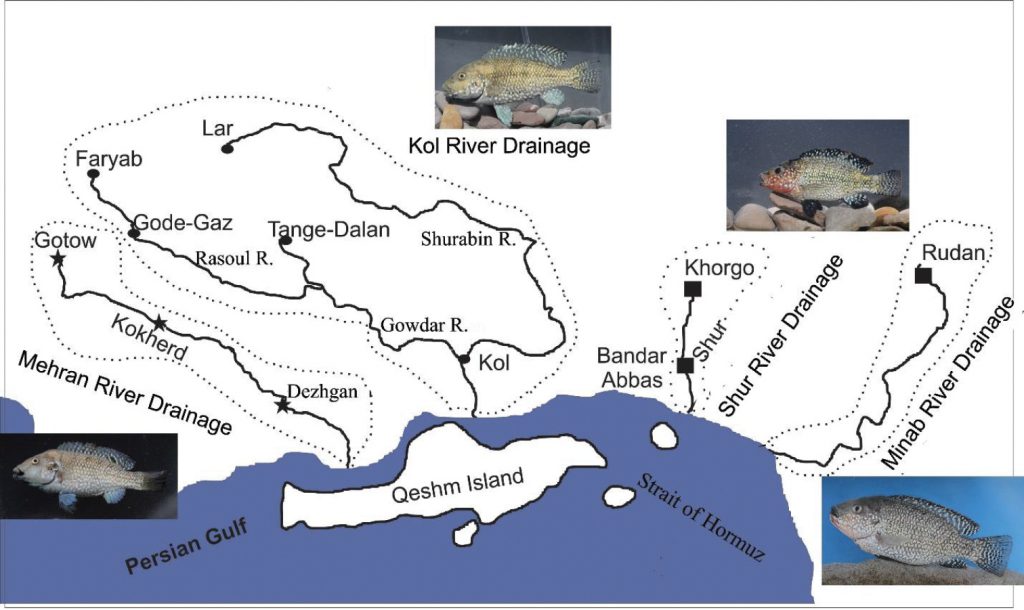 With a maximum recorded size of only 4″ standard length (102 mm specifically, for a male I. persa), these little maternal mouthbrooders are certainly worthy of some attention from aquarists, due to their small stature and attractive appearance, not to mention their novelty. In the species description of I. persa, no habitat information is provided other than geographic distributions, which leaves us to guess what the husbandry requirements might be.

While Iranocichla persa has not made its way into the aquarium hobby, a handful of dedicated aquarists have kept I. hormuzensis in the past, with some interesting discussions and notes being traced back to Cichlidae.com. This Iranian cichlid seems to be quite the challenge, possibly requiring highly saline waters, yet others report success in simply hard freshwater.

Interestingly, the Alcolapia spp., aka. Soda Cichlids–discussed in the January/February 2017 issue of AMAZONAS Magazine–hail from similarly extreme environments. Finding aquarium husbandry success with the Soda Cichlids could, perhaps, give an aquarist insights into the challenges of Iran’s native cichlids, should you ever be lucky and brave enough to accept the challenge.

Learn more about the new fish species, Iranocichla persa, and see many more images, in the open access article at ZooKeys. http://zookeys.pensoft.net/articles.php?id=10571