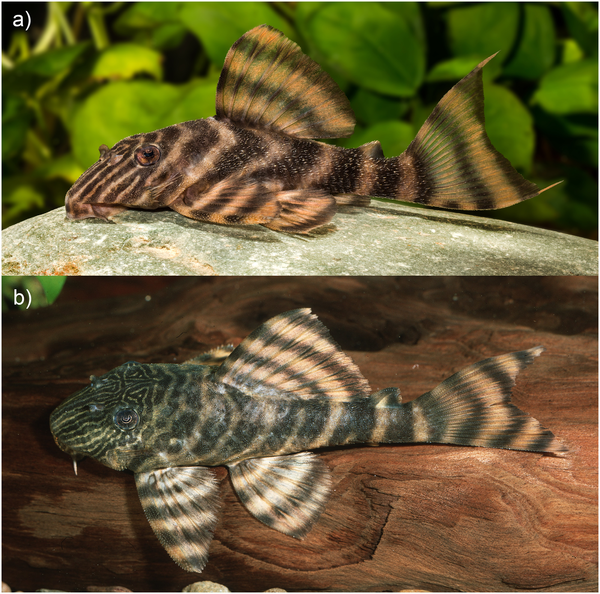 from materials via PLoS ONE

The plecostomus formerly known as L398 has been formally described by Christian Andreas Cramer and Leandro Melo de Sousa as Panaqolus tankei in the journal PLoS ONE. The description of the species, a native of the Rio Xingu, brings the formal total of described Panaqolus species to 12, with at least a couple dozen more awaiting evaluation. 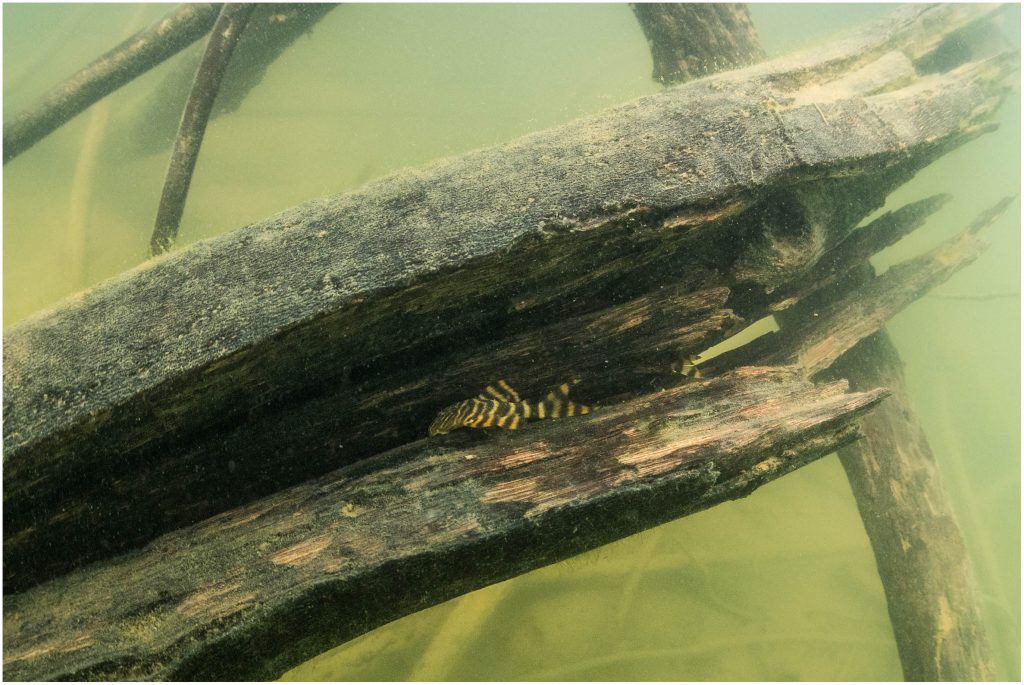 The range of Panaqolus tankei is restricted to the lower Rio Xingu. It’s habitat is characterized by fallen and sunken trees along the riverbank. Like other Panaqolus spp., P. tankei is considered a xylivore (a wood eater).

This species was named for aquarist Andreas Tanke, whom the authors note is “a German aquarist very dedicated to the genus Panaqolus, studying its behavior, reproduction, and differences between known forms, keeping these fishes in the aquarium, visiting their habitats, and publishing his findings. He probably was the first to reproduce Panaqolus tankei in captivity.” 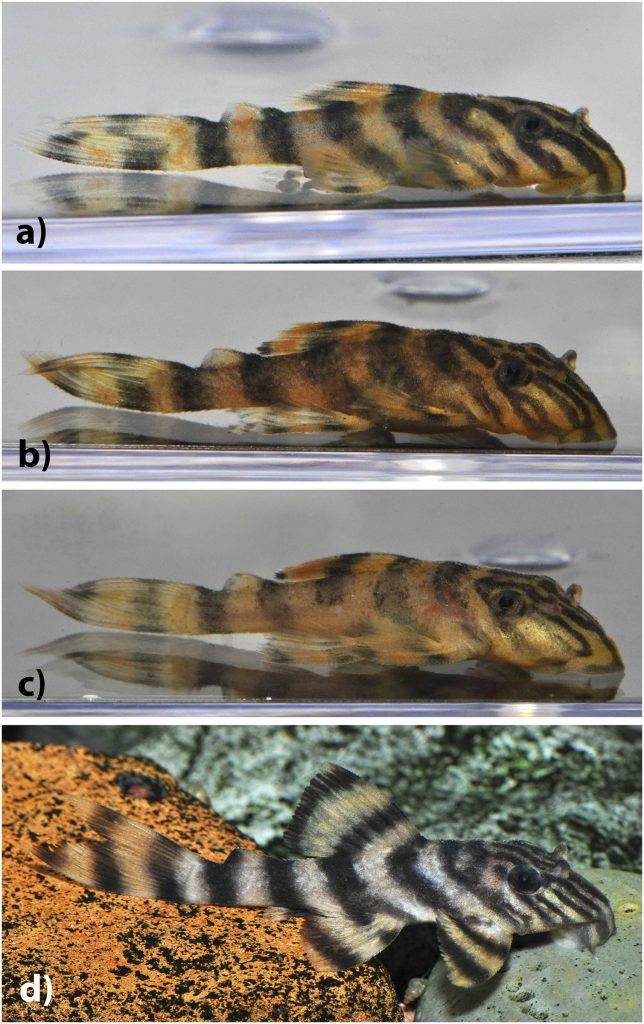 Given its endemic range in Brazil’s Rio Xingu, it’s natural to be concerned about the impact of the Belo Monte dam on this newly-described species. The authors shared that, “Although being an endemic species from Xingu, the geographic distribution of P. tankei does not directly overlap the impacted area of the recently implemented Belo Monte Dam. The habit of living and feeding on sunken wood in lowland riverbanks will likely remain unharmed in most parts of its distribution. However, hobbyist observations in the aquarium show that spawning of these fish appears to depend on seasonal changes in the water quality and temperature, and these water parameters should be constantly monitored to guarantee the natural cycles downstream the impacted area.”

For more information on Panaqolus tankei “L398,” we encourage you to check out the open access article on PLOS ONE at http://journals.plos.org/plosone/article?id=10.1371/journal.pone.0165388