The Aquatic Experience – Chicago, 2016, a 3-day aquarium convention produced by the World Pet Association (WPA) and held in Schaumburg, IL, once again hosted Aquatic Gardeners Association (AGA) sanctioned live aquascaping competitions for both large and small aquaria. The competition, sponsored by Fluval, was strong this year, with many notable entries in both categories.

The Large Tank competition featured eight aquascaping entries from aquascaping teams of up to 5 members. Each team had to submit an application for consideration; participation was by invitation from the AGA. Participating aquascapers received some of the equipment used for the competition, and the top three in the category were awarded cash prizes; $400 for third, $600 for second, and $1000 for first place. Further details can be found in the competition rules.

Visiting the competition area on Friday, November 4th, 2016, there was little one could do other than stand back and watch the commotion as the tanks came together. 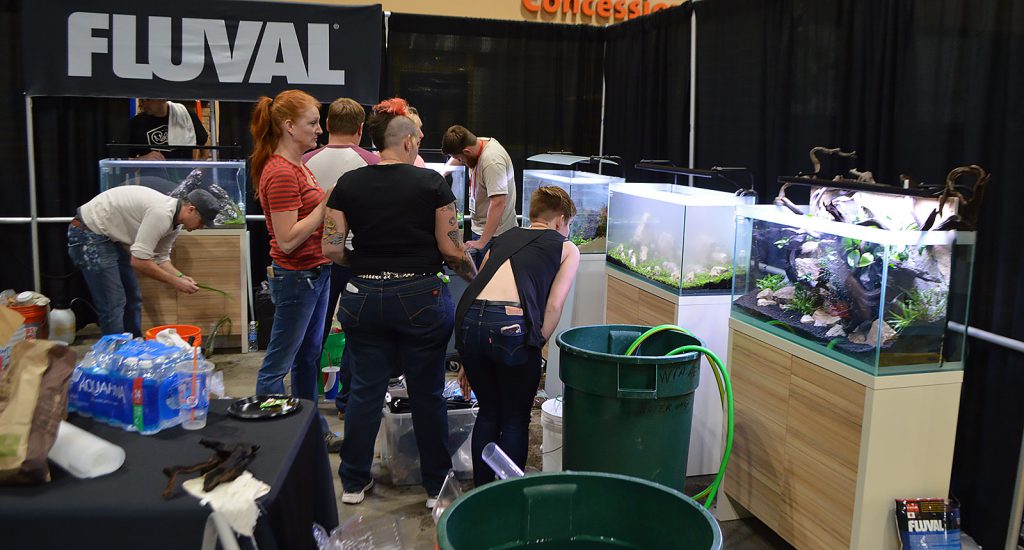 Buckets, hoses, cloudy water, and aquascapers fill the scene as Aquascaping Live! 2016 happens in real time on the show floor. 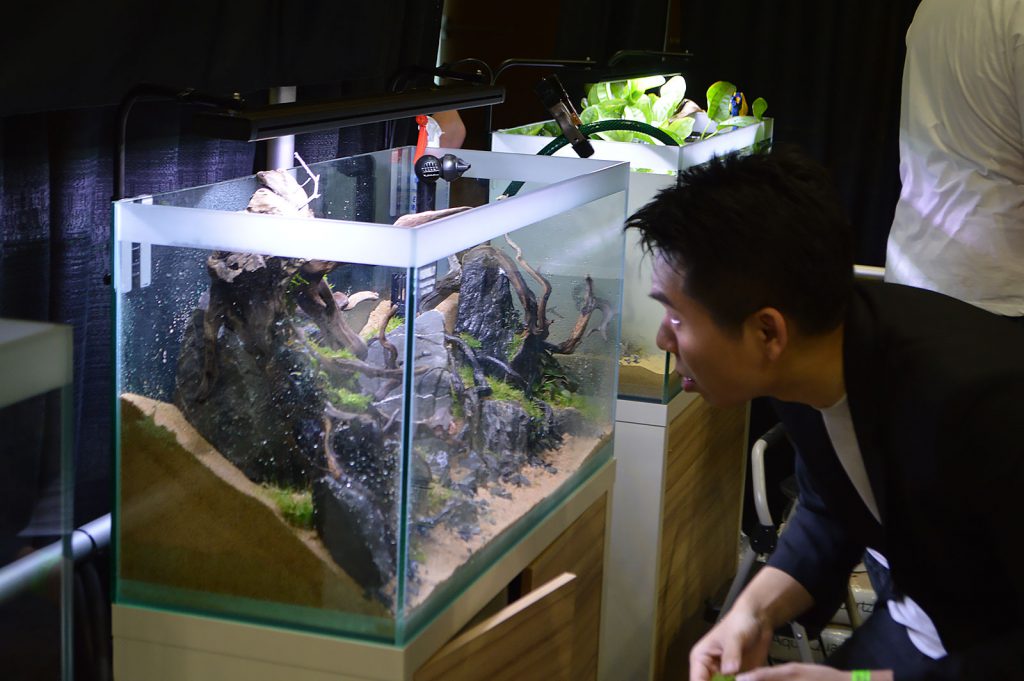 A winning aquascape coming together.

Out of chaos came beauty, with every tank far exceeding the level of the “average” home aquarium. Results of the judging were announced Saturday afternoon to rounds of thunderous applause that could be heard at the far end of the convention show floor.

We hope you enjoy this look at the nine aquariums that graced the Large Tank area of the 2016 Aquascaping Live! competition at the Aquatic Experience – Chicago. There’s more to come. 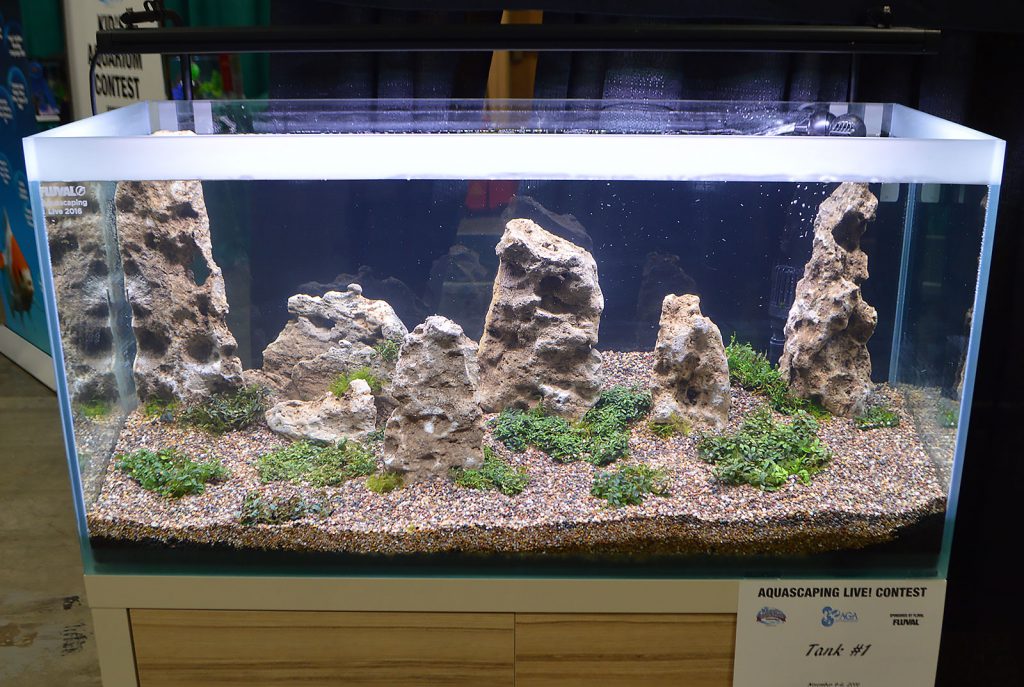 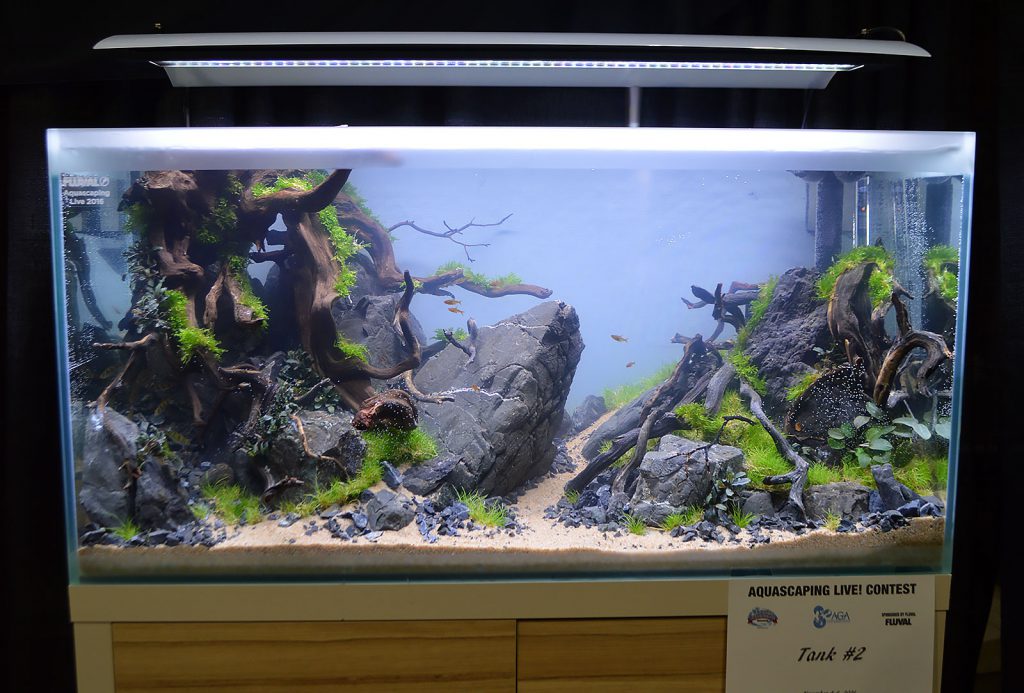 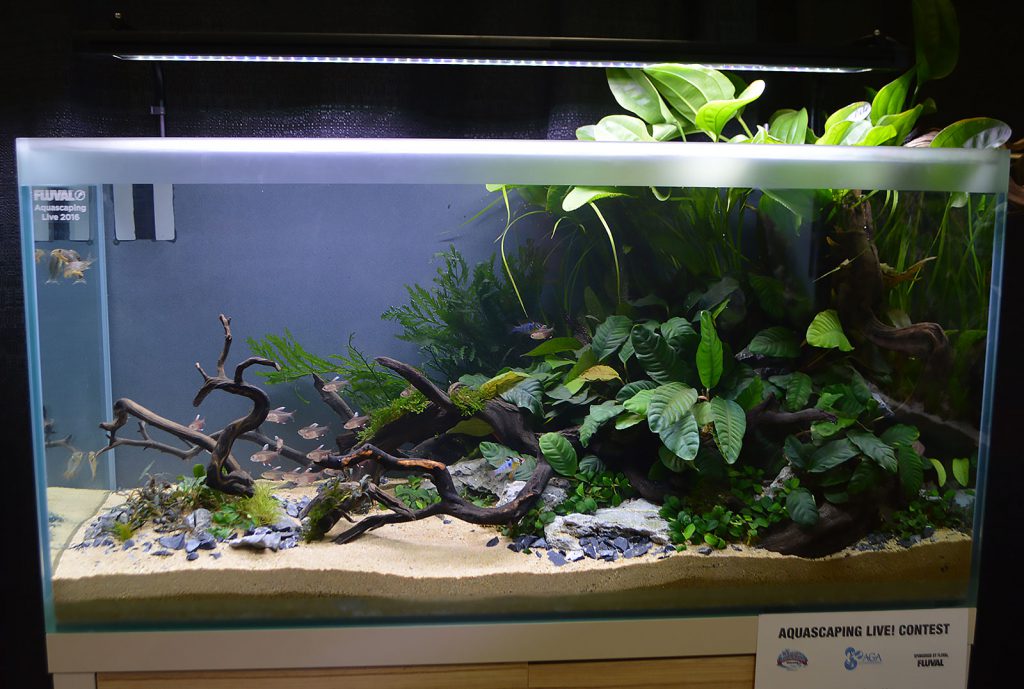 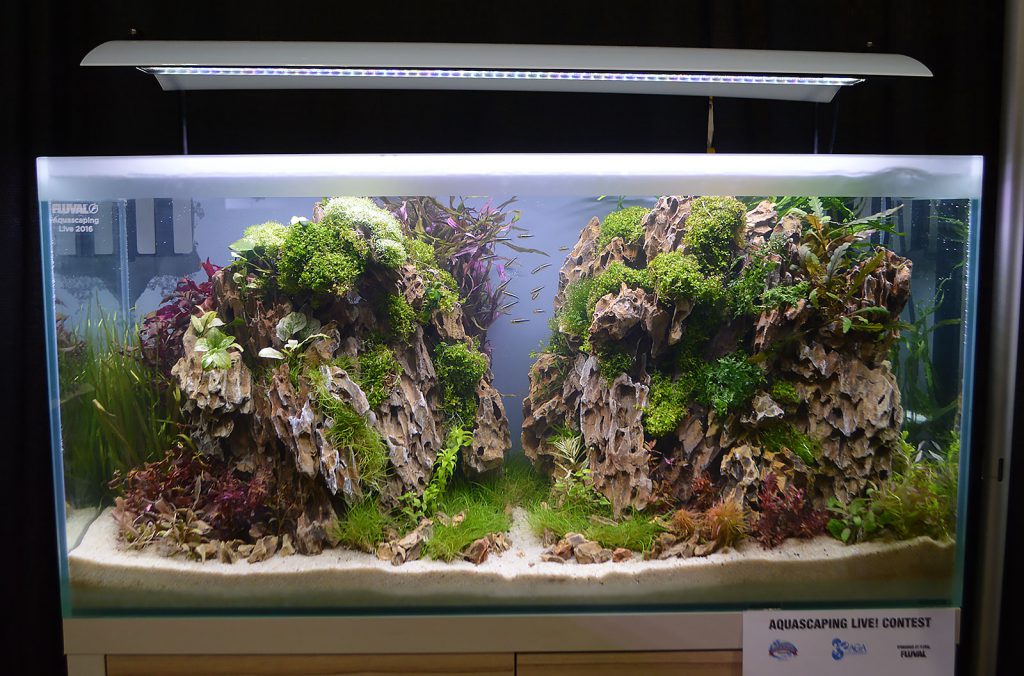 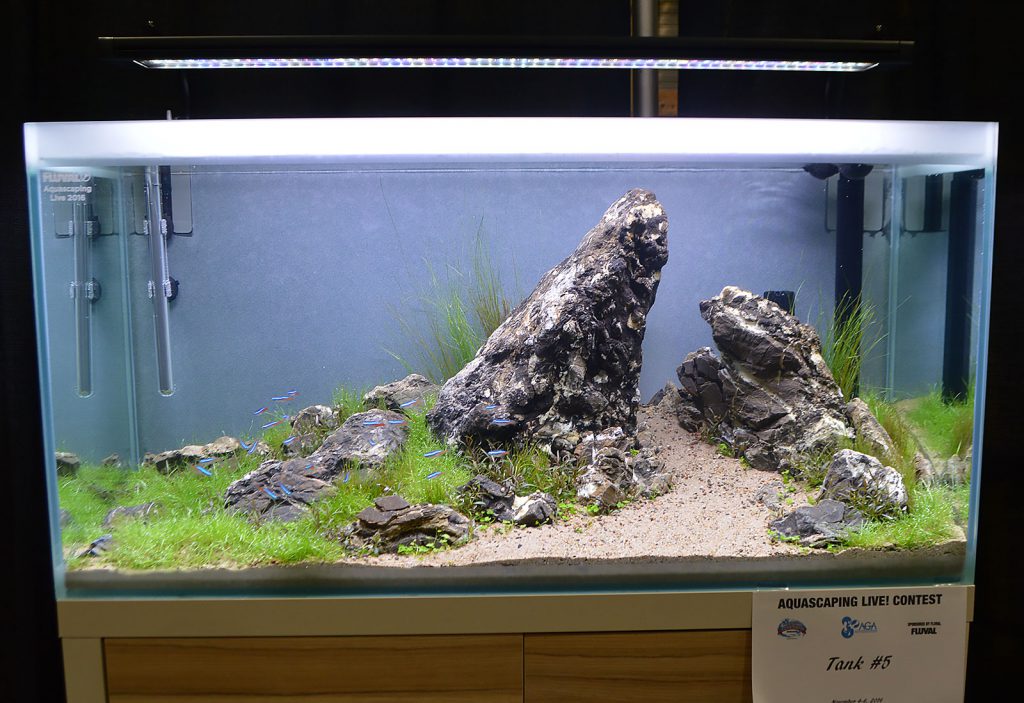 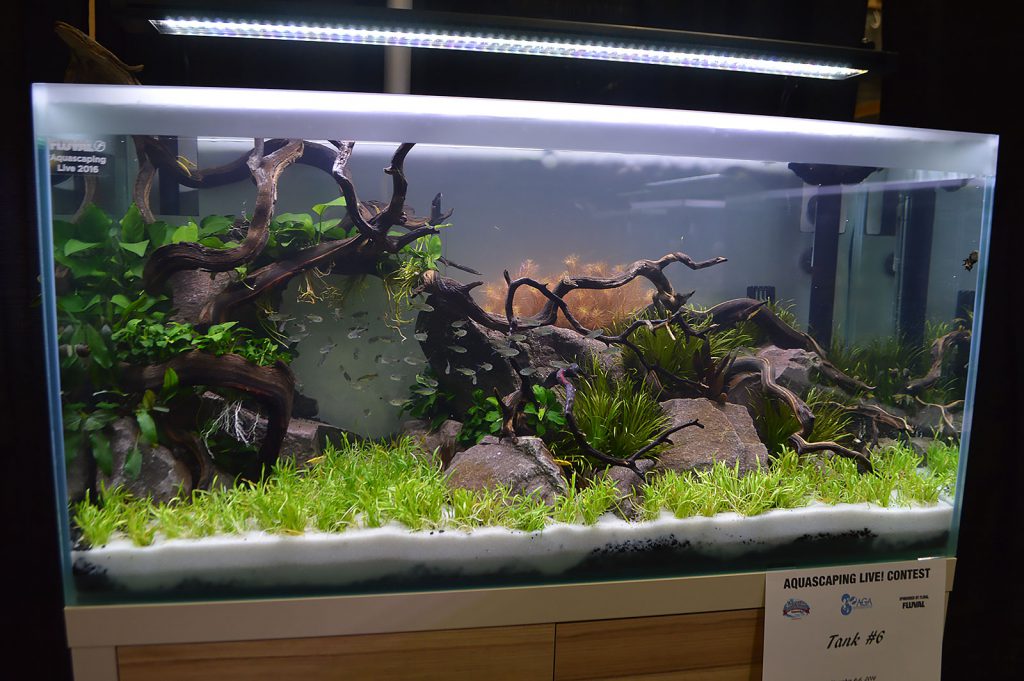 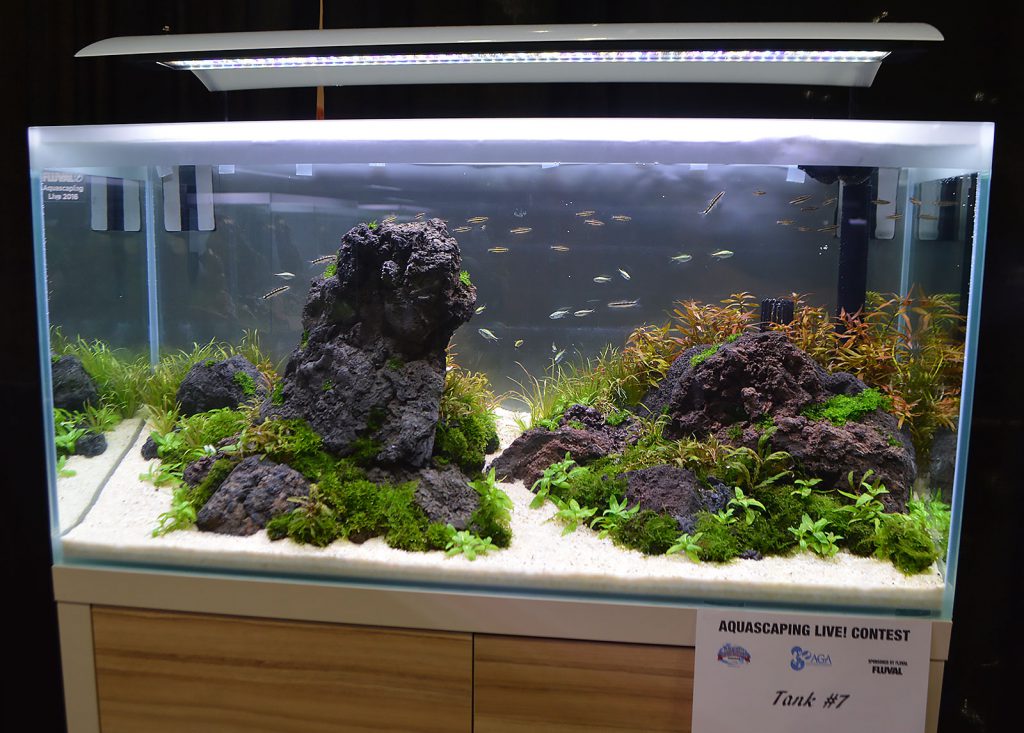 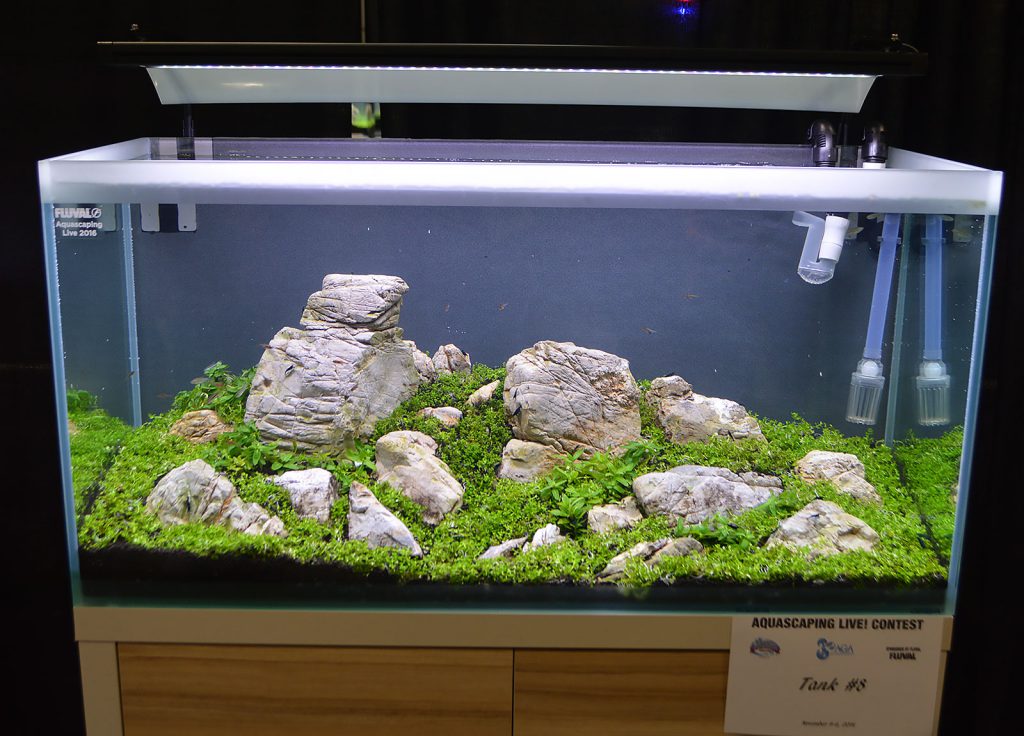 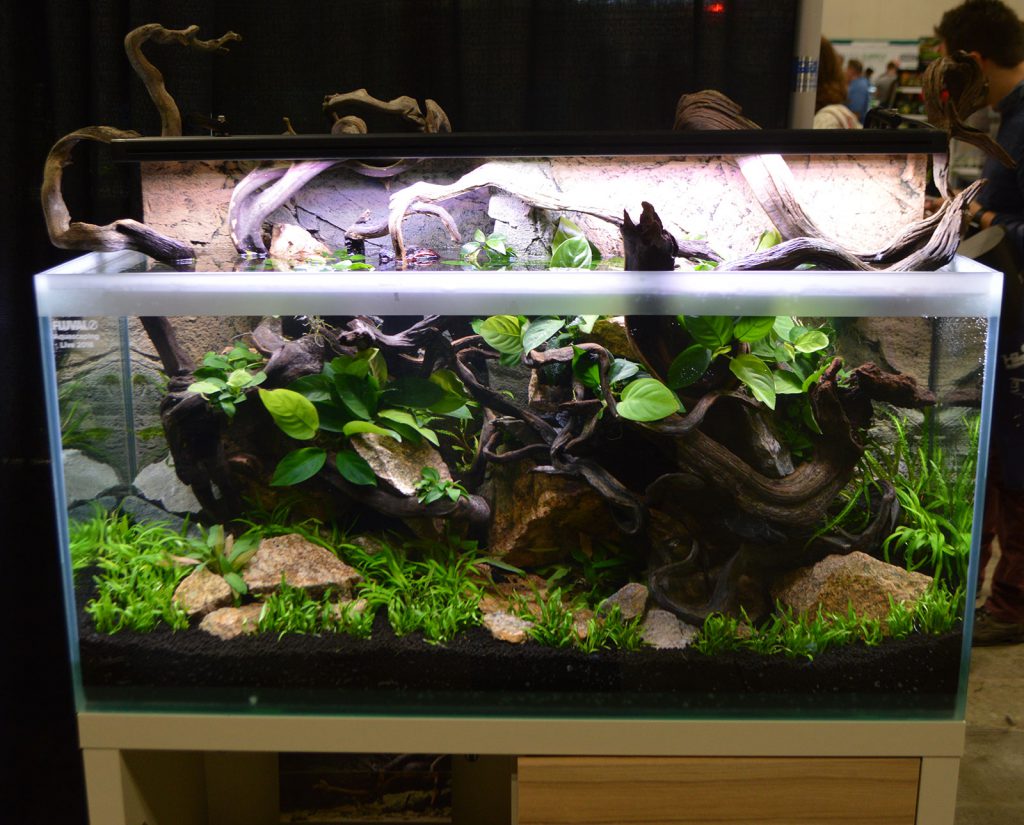 AGA Aquascaping Live 2016 – a ninth aquarium on display was not part of the competition, but was part of Oliver Knott’s aquascaping demonstrations.