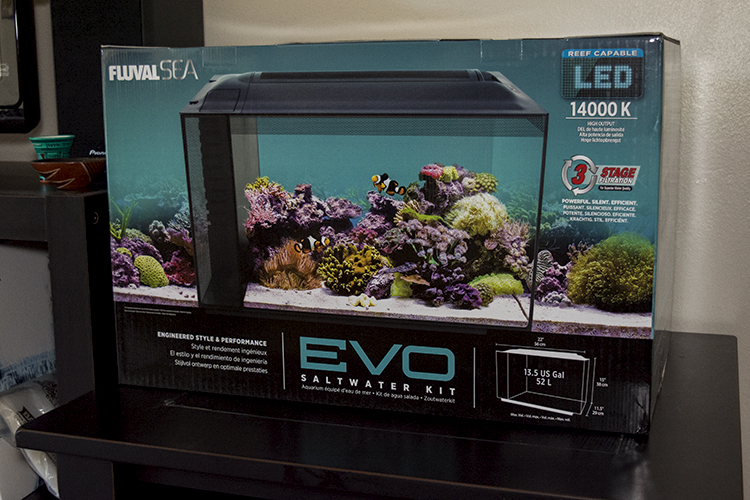 After a long break from the marine hobby—and a while away from keeping aquariums in general, due to being overseas—I recently had the urge to venture back into the salty side of aquarium keeping. The perfect opportunity came up when I had the chance to try out Fluval’s new Evo, a sleek all-in-one unit that the company recently introduced to the market. At 13.5 gallons total capacity, the tank is very close to the “sweet spot” for nano aquaria: not small enough to make water chemistry fluctuations a major issue, but still small enough to be easily manageable (and budget-friendly). The overall proportions of the tank are very conducive to creative aquascaping, and it breaks from the traditional all-in-one design by being “peninsula” style, with the filtration components stowed off to one side of the aquarium, making it viewable from three sides. This is also the same tank used in the new complete aquarium kit from Biota Aquariums. 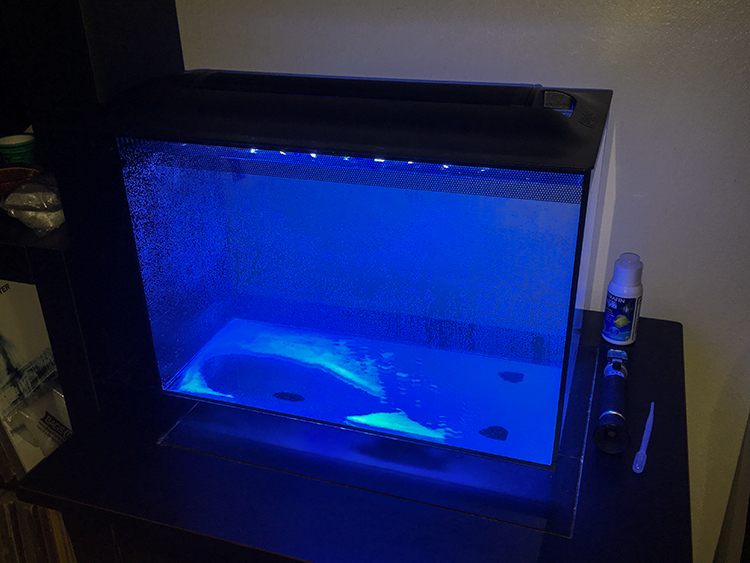 Out of the box, I could tell this was going to be a fun tank to work with—not loaded with bells and whistles (as appropriate for its extremely modest price range), but a solid, functional nano aquarium perfect for the small space I had cleared out for it in the living room. Included in the box is the tank, a set of filter media (sponge, activated carbon, and ceramic biomedia), a molded plastic lid, and an LED light fixture. The light packs a surprising punch for its compact size, with 31 LEDs at 16 total watts and a color temperature of 14000K (according to the manufacturer’s specs). It operates by a touch sensor on the top of the light with blue-only and blue-and-white modes. Setting up the tank literally could not have been simpler, which even an aquarist used to having to tinker with things (like yours truly) could appreciate. With the addition of a heater in the open compartment and some water and salt mix, the tank was up and running. 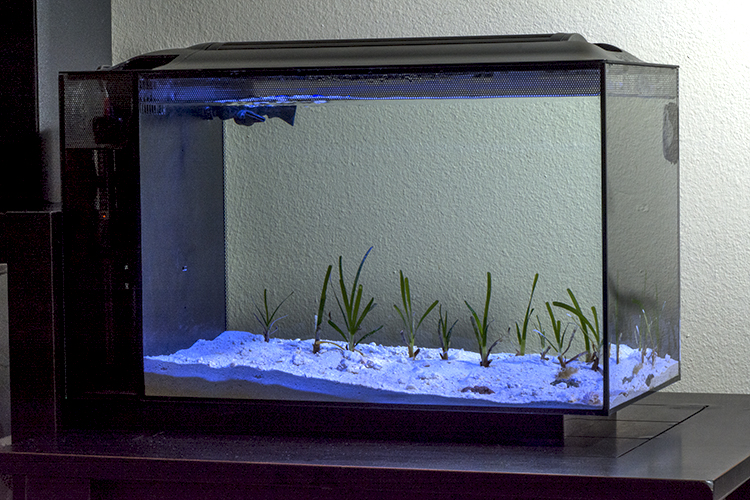 Making progress: the tank after adding substrate and planting a dozen turtlegrass propagules

My concept for this tank was something I had wanted to do for a while: a Caribbean “flower garden” biotope featuring Rock Flower Anemones (Phymanthus crucifer), Palythoa grandis, and some other invertebrates, macroalgae, and plants commonly seen in shallow habitat throughout the Caribbean and Gulf of Mexico. At MACNA in San Diego last month, I was able to pick up some stunning anemones for the tank and, much to my excitement, some Turtle Grass (Thalassia testudinum) propagules courtesy of Julian Sprung at Two Little Fishies…and so (slowly), the tank began to take shape. Now, about a month in, the tank is coming along nicely, the Turtle Grass and anemones growing steadily, and I have enough hands-on experience with the tank to share some observations. 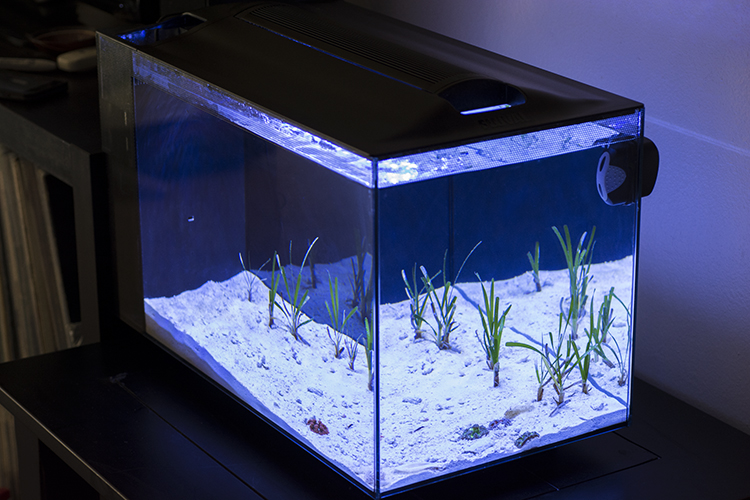 The peninsula-style design makes for attractive viewing from multiple angles 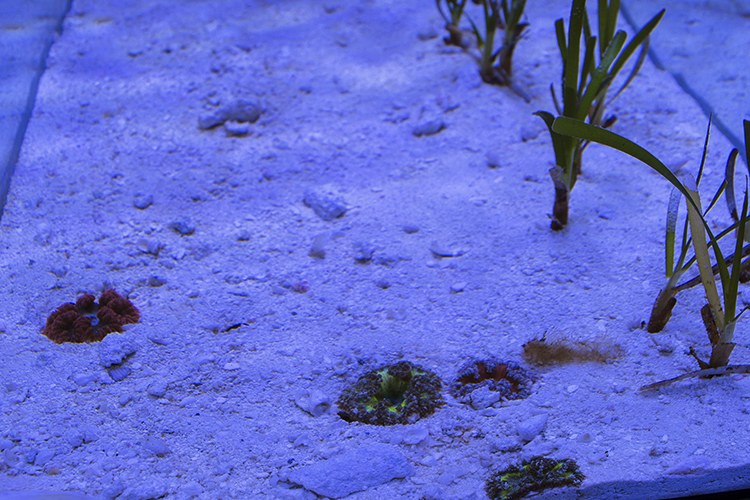 Rock Flower Anemones just after being added to the tank

While it remains a work in progress (which I plan to detail in future posts), so far the Evo  13.5 has lived up to my expectations as a great looking, headache-free aquarium. The LEDs are bright and crisp, and the color temperature does a fantastic job bringing out the fluorescence in the red, green, and gold rock flower anemones (along with growing the turtle grass, which requires fairly strong lighting). Filtration is adequate for the few fish I plan to include, and while the tank’s limited filtration compartment might not allow much in the way of high-end equipment like reactors or auto top-off, it is more than up to the task of maintaining a simple nano reef, in my opinion. The molded plastic lid looks decent enough and plays an important functional role in reducing evaporation, and I’ve been pleasantly surprised to see that the salinity has barely fluctuated since I set the tank up. Overall, the Evo 13.5 is a terrific, if basic, all-in-one marine setup that combines sleek aesthetics with functionality and ease of use. At a retail price point of around $200, it’s an accessible option for beginners, and it would easily be among my top recommendations for entry-level marine hobbyists or for more experienced aquarists looking for either a no-fuss desktop setup or a simple quarantine tank. Stay tuned for updates as I add livestock and begin aquascaping this Caribbean flower garden biotope!