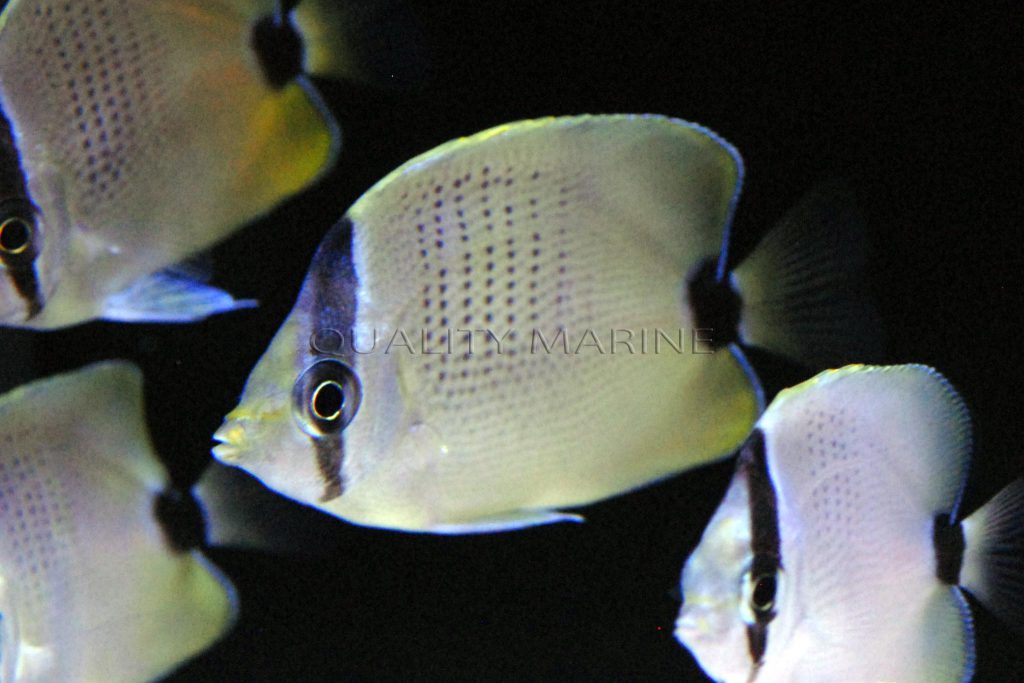 Captive-bred Chaetodon miliaris have made their trade debut through Quality Marine.

Rising Tide Conservation and Hawaii Oceanic Institute has done it yet again. The unstoppable duo has announced successfully breeding yet another species – Chaetodon miliaris, Lemon Butterfly, which is another Hawaiian endemic. Quality Marine is excited to be a part of this breakthrough event by receiving some of the fish from the very first batch.

This project’s journey first began with Jon-Michael Degidio at the University of Florida’s Tropical Aquaculture Lab back in 2013. However, the species couldn’t get past 44th day post-hatch until Oceanic Institute’s intern Avier J. Montalvo had his first successful run back in March. Montalvo overcame the challenges of getting the larvae to eat and the increased mortality past 40 days post-hatch, where previously, by day 60 there was a single survivor. Now Quality Marine has healthy, successfully captive-bred juvenile specimens.

Chaetodon miliaris are abundant in the tropical waters of the Eastern Central Pacific. They range from the Johnston Island to Hawaii. Adults of this species are usually found in pairs off in shallow reef flats and shallow seamounts, though they have been found as deep as 250 meters. Juveniles are usually found schooled up in the shallow reefs, lagoons and other sheltered locations where they feed on plankton and benthic invertebrates. This species usually comes together into larger groups to spawn from January through May, however, there is little published data on these spawning surveys.

Chaetodon miliaris goes by a variety of names like Milletseed, Millet and Lemon, but here at QM they are commonly known as the Lemon Miliaris Butterfly. They are perfect for captivity and the beginner hobbyist. Their small adult size allows them to be kept in small aquariums (40 gallon and up). Lemon Miliaris Butterflies can be kept singly, in pairs or (in large enough aquariums) in groups as long as they are introduced at the same time. They are frequently timid when introduced, but will become more confident once acclimated. These can be added to reef aquariums, but this addition should still be done with caution. Feeding frequently will help prevent them from nibbling on desirable inverts. A varied diet of small frozen meaty foods and marine pellets, multiple times a day will keep this very active fish in good health. Contact your sales representative for more information on how you can enjoy your own captive bred Chaetodon miliaris. 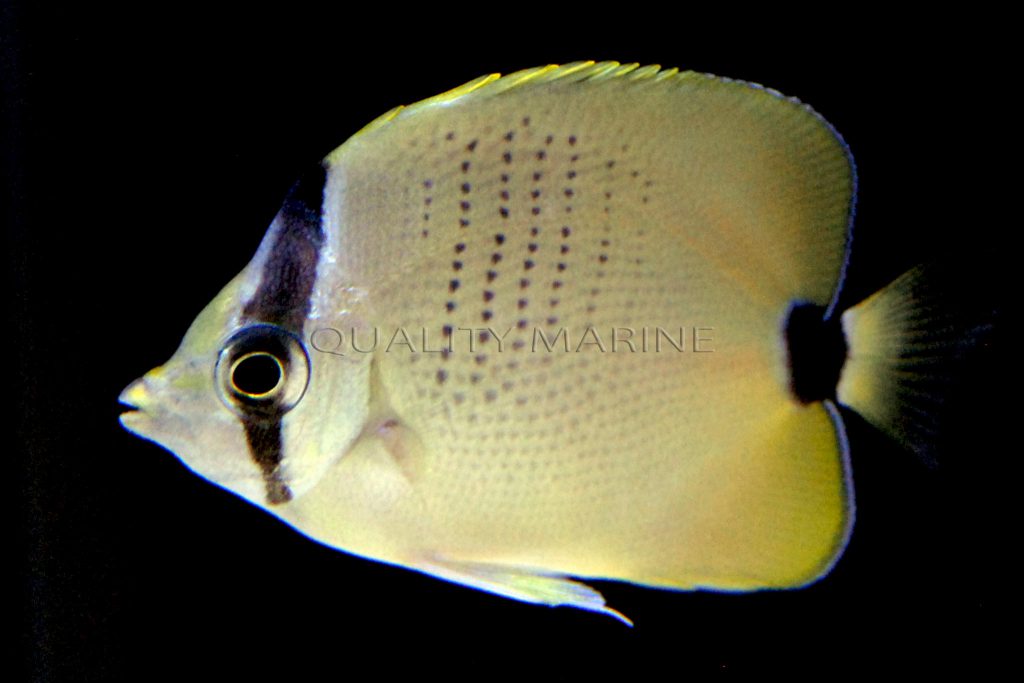 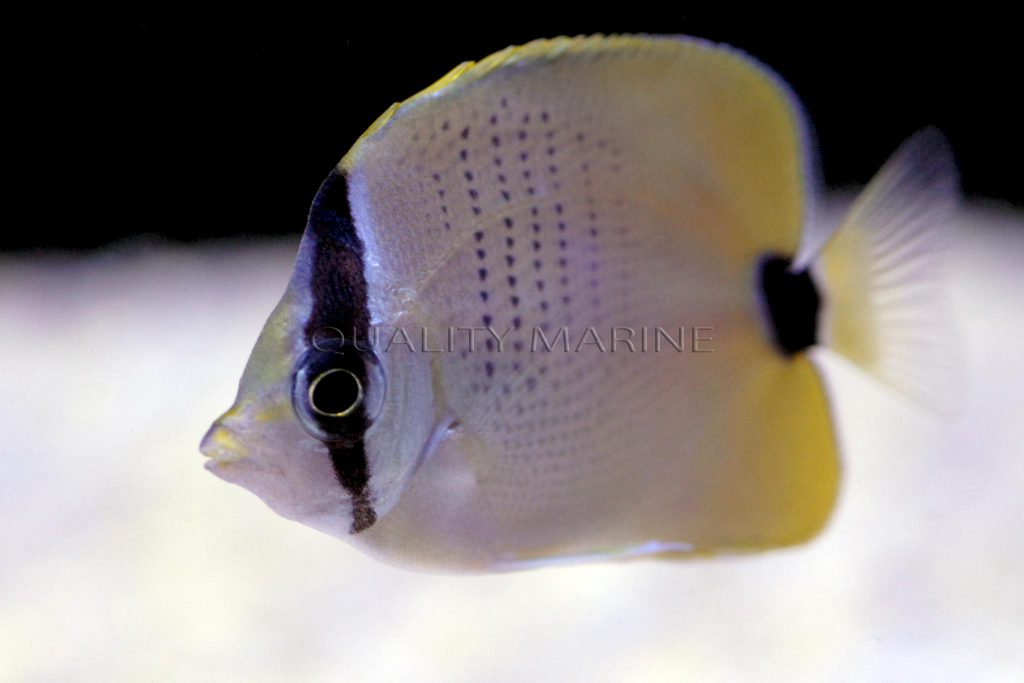 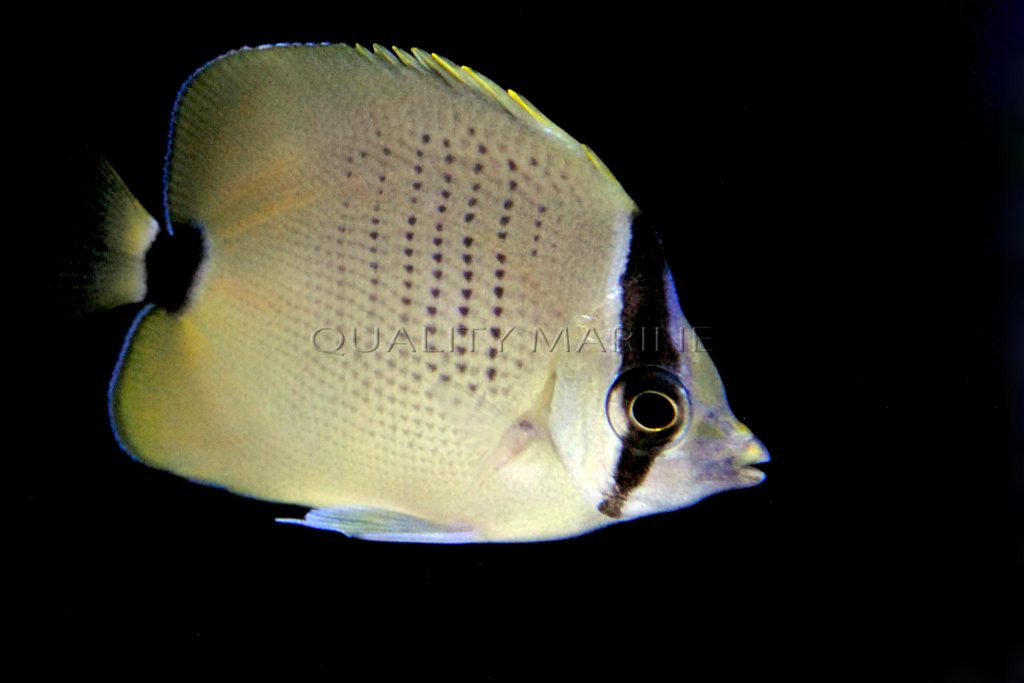