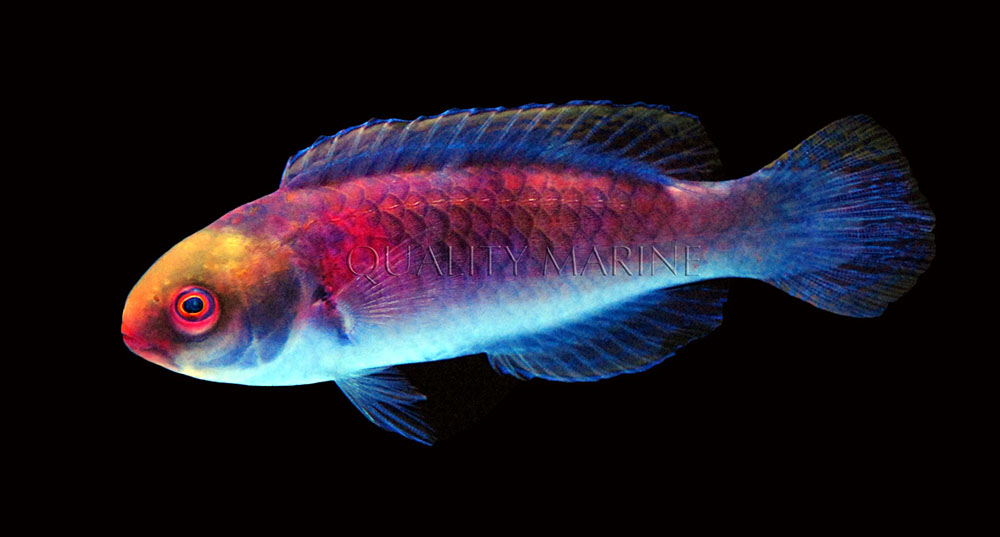 On Thursday October 13th, Quality Marine received a shipment of fairy wrasses that have yet to be described from Australia. The most remarkable part is that these wrasses actually glow red (and look magnificent) under actinic lighting. At this time there is not much information available on this wrasse, including why they glow. We do believe this is one of the first times it has been imported to the United States. The wrasse first made its appearance at Monsoon Aquatics where some of the first pictures were released. It is believed that this wrasse is part of the Cirrhilabrus genus. 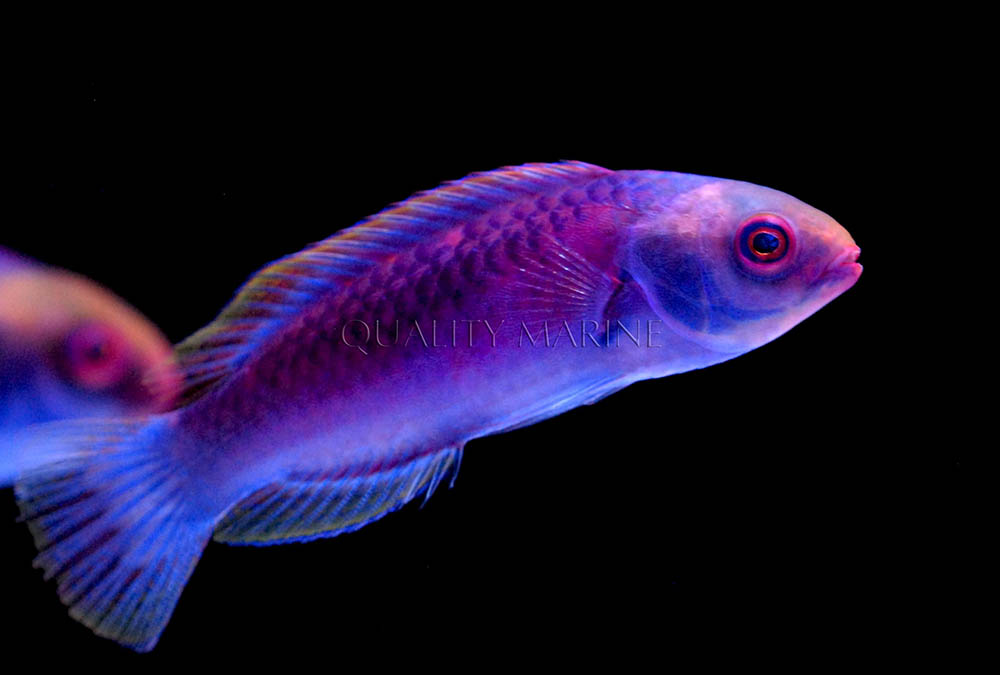 The fish in the genus Cirrhilabrus are frequently called “Fairy Wrasses”. They are commonly found in schools anywhere from 20′ to 160′ deep, they are usually around rubble and back reef slopes. These schools make for a stunning display similarly to the more famous massive schools of Anthias. Also like Anthias, these fish typically form a haremic distribution; one male for several females.

Cirrhilabrus wrasses are one of the hobby’s best fish. They are generally hardy, disease resistant, completely reef safe and will readily take processed foods. All Cirrhilabrus wrasses should be fed at least two times per day due to their high level of activity. The fish in the genus are peaceful, which means they are excellent candidates for adding multiples and or harems. It also means that they shouldn’t be added to aquariums with very aggressive fish. Like many other wrasses, aquariums should be covered as these have a well established tendency to jump when startled. Discretion should be used when placing any fairy wrasse in a tank with an anemone, especially Heteractis or Stichodactyla genus anemones as they pose a direct threat to fish that try to steal food from them and end up being eaten as a result. 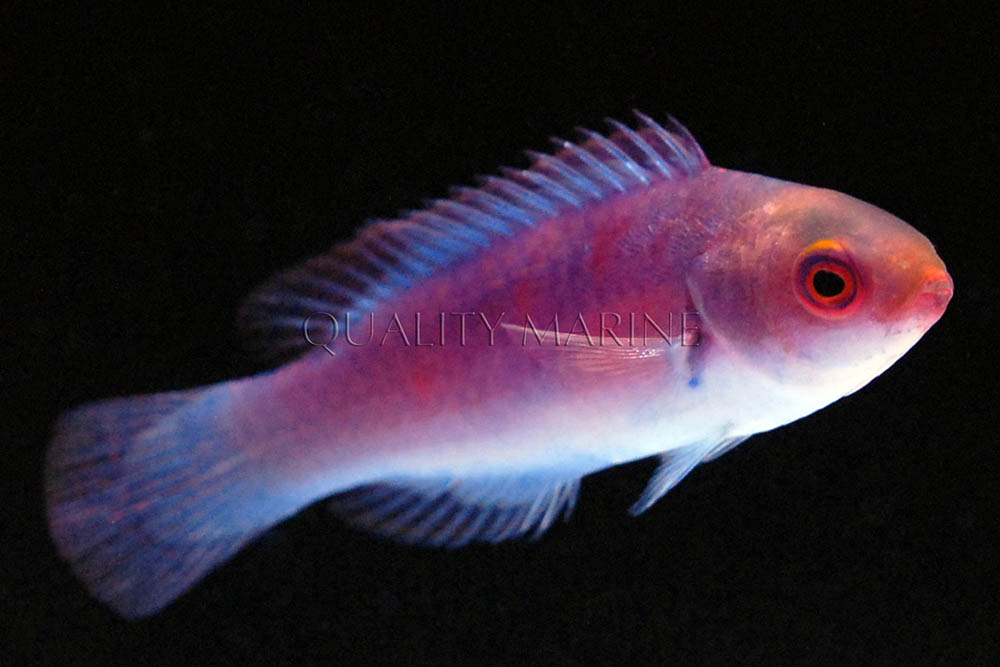 This is not the first time Quality Marine has received an undescribed species of fish and we know it will not be the last. It looks like October is a popular month for new species at Quality Marine because back in October of 2013 a new species of Anthias was discovered by a Quality Marine exclusive vendor in New Caledonia. Credit for first collecting that Anthias goes to Antoine Teitelbaum, and credit for first seeing it goes to Tony Nahacky. When first received by QM, we were unable to conclusively identify them as any of the known species and began calling it the “New Caledonia Sunrise Anthias.” Antoine and Tony reached out to a number of ichthyologists, some of whom have confirmed our suspicion that they are indeed a new species and are in the process of describing it for the scientific community.

Ask your Account Manager for information on how to obtain one of these glowing fairy wrasses, which we have named the “Darwin’s Glow Fairy Wrasse.”