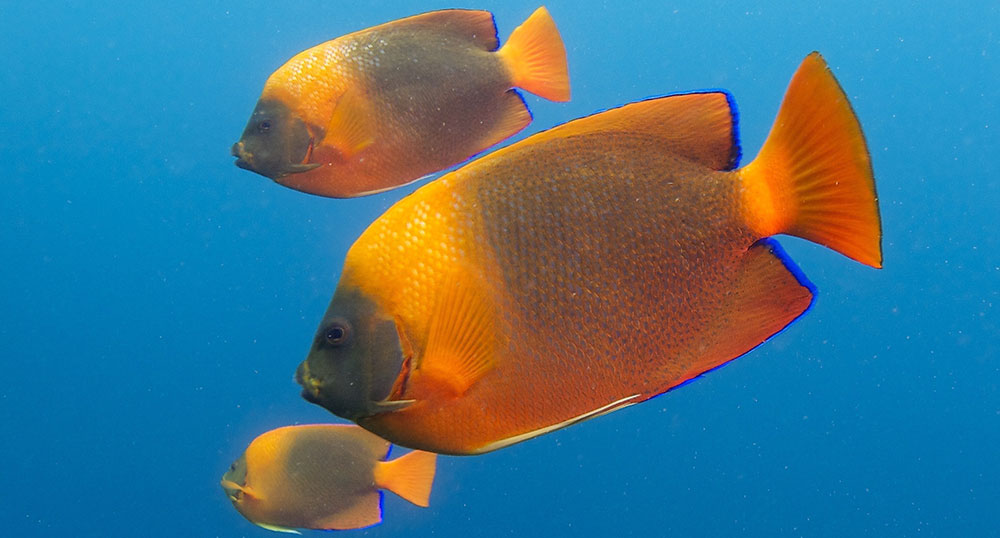 October 13, 2016
UPDATE: New aquatic species of interest to the aquarium trade that have just been proposed for CITES Listings include:

In late September, just days before CITES CoP17 (Conference of Parties Meeting 17) got underway, we shared the proposals to list 4 aquarium-related species under the convention. Listings, and the appendix a species is listed within, can have wide-ranging trade implications, from simply applying trade reporting requirements to outright bans on trade. The CoP17 decisions are in, and will affect every aquarium-related group or species that had been up for discussion.

Decided: The proposal was withdrawn by Bolivia. Instead, as reported by Svein A. Fosså, “Bolivia will instead list the species in [Appendix III] as soon as possible. Colombia has earlier at this CoP announced that they will list several stingrays in [Appendix III]; and Brazil all Potamotrygon spp. in [Appendix III]. This is in accordance with several previous recommendations from various CITES bodies.”

Proposed: Include the Clarion Angelfish, Holacanthus clarionensis, in Appendix II, proposed by Mexico

Decided: Despite the CITES Secretariat recommending against this listing, it was “Accepted [with 69 Parties voting in favour, 21 against and 15 abstaining]. ”

Proposed: Include the Banggai Cardinalfish, Pterapogon kauderni, in Appendix II, proposed by the European Union

Decided: The proposal was “Withdrawn. Instead five draft decisions, contained in CoP17 Com. I. 32 were agreed by consensus. [Rec.14].” We’ll share more on this story in a follow-up from Ret Talbot.

Proposed: Include the Family Nautilidae in Appendix II, proposed by Fiji, India, Palau, and the United States of America

Decided: The proposal to list all Nautilidae under Appendix II was “Accepted [with 84 Parties voting in favour, 9 against and 10 abstaining]. [Rec.14].”

As noted in the official recap press release of CoP17, “Changes to the CITES Appendices, Resolutions and Decisions enter into force 90 days after the CoP.”

This means that starting Monday, January 2, 2017, international trade in Potamotrygon spp. will require either an export permit or certificate of origin when being imported. Meanwhile, trade in the Clarion Angelfish, whether captive-bred in Indonesia or wild-caught in Mexico, will require CITES permits akin to those currently required to trade in all stony corals and wild seahorses; the same will become true for Nautilids. 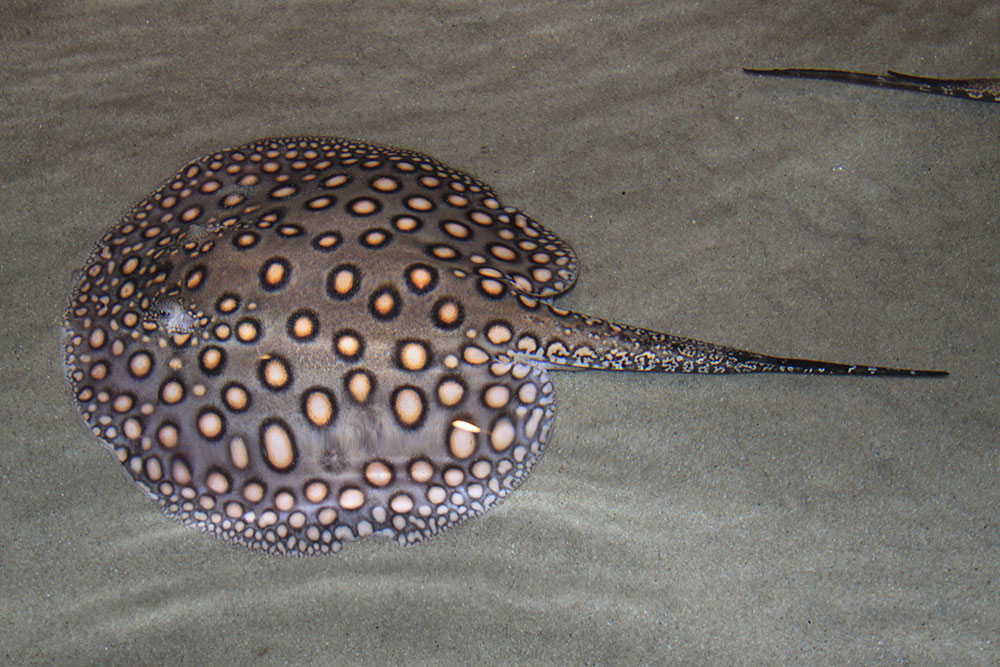 Svein A. Fosså attended CoP17 as as an observer for Ornamental Fish International (OFI), and has attended all CoPs and most Animals Committee meetings since CoP11 in 2000. Reporting as-it-happened to friends and associates via social media, Fosså shared concerns about the process of listings and the way CITES decisions were made this year.

“Yesterday’s long working day ended in a hectic night session where several listing proposals were pushed through in very little time, with next to no debate and zero possibility for NGOs to [comment] on most issues.

“Reptile keepers and traders have had a very bad CoP with lots of listings that hardly meet any scientific listing criteria, and where CITES is unlikely to give any conservation benefits whatsoever. The plentiful animal rights lobbyists had the more reason to rejoice, with their [loud] cheers resounding in the hall every time a new species was banned from trade,” lamented Fosså.

We relay his concerns regarding the reptile listings, as Fosså feels that the listing of the Clarion Angelfish under Appendix II may be another example of a comparable failure at CoP17. “The Mexican endemic species Holacanthus clarionensis suffered a fate similar to the reptiles. [Everyone] who cares about science as a foundation for CITES, there under the CITES Secretariat, IUCN/TRAFFIC and FAO had recommended against this listing. In the hectic late night session it was, however, voted in and agreed with more than 2/3 majority, without any debate.”

In discussing these observations recently, Fosså believes that “Most of your readers will not understand to what grave extent it now is being used to ban trade on animal rights grounds and emotions. It is perverse when the cheers are [loud] every time a species is up-listed (because CITES measures have failed), but success stories where CITES have worked (like the Peregrine Falcon this year) are prevented from being down-listed to [Appendix II], where it now truly belongs.” 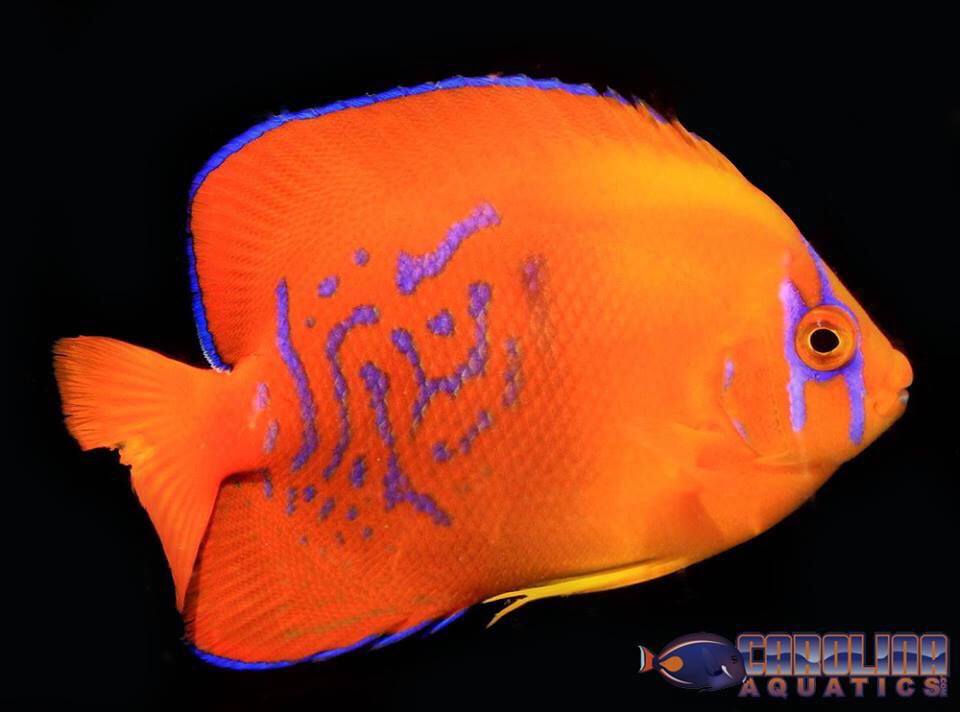 Captive-bred Clarion Angelfish from Bali Aquarich, like this specimen imported by Carolina Aquatics, will now be subjected to CITES permit requirements in order to legally enter the country. Image courtesy Carolina Aquatics 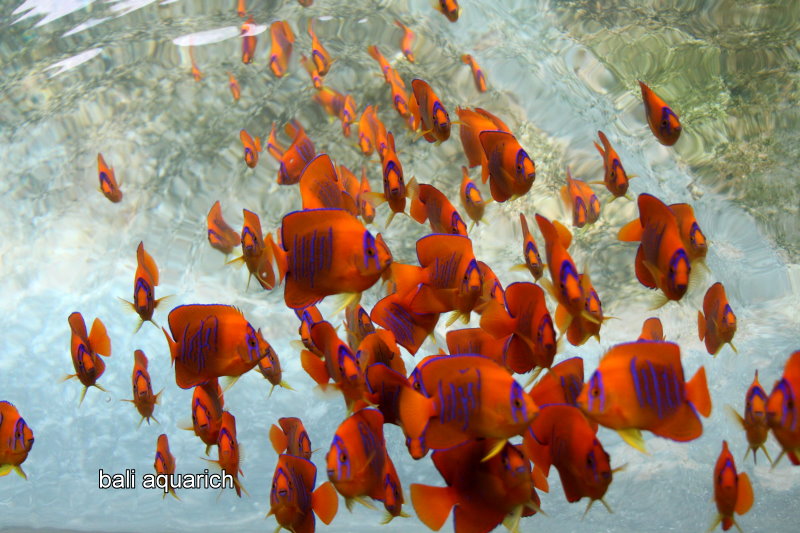 The decision to list Nautilids under Appendix II seems to have wide-ranging support. The Center for Biological Diversity issued a press release supporting the decision, and Fosså noted that OFI was ready to “actively support the proposal to list the Nautilidae in [Appendix II],” but again there was no opportunity to officially comment. 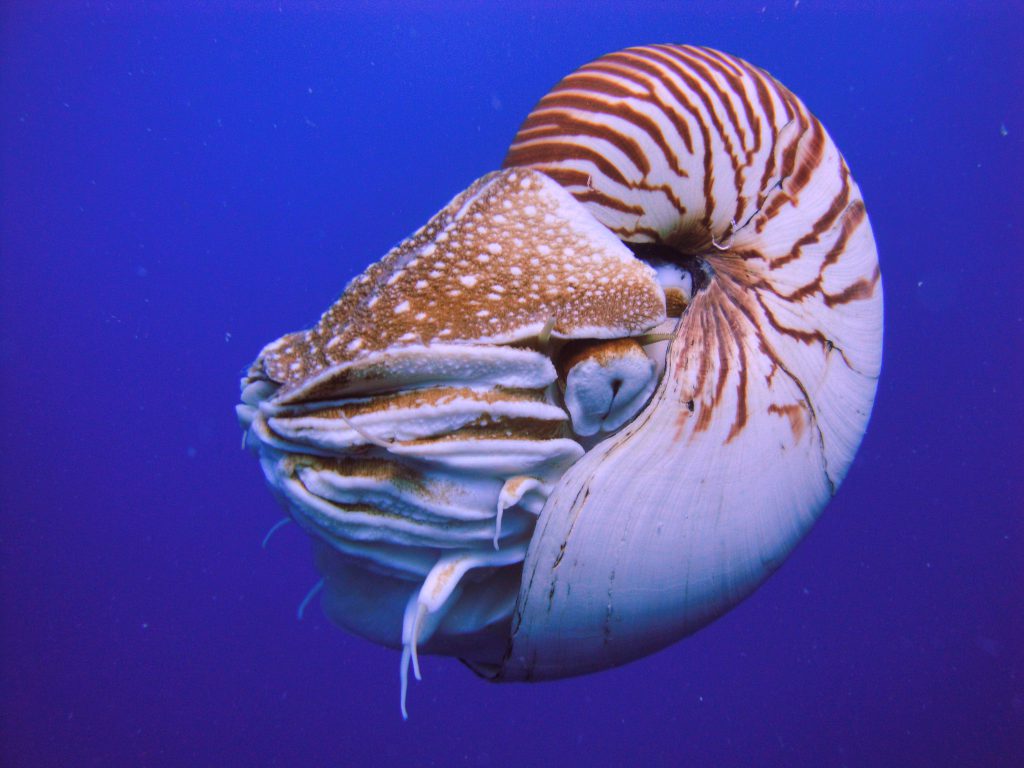 Trade in Nautilus spp., such as this N. belauensis from Palau, will now be regulated under CITES Appendix II. The curio/shell trade is mainly cited as the cause for population declines of Nautilids. Image by Manuae – CC BY-SA 3.0

“The situation for the Banggai Cardinal Fish has been of major concern to OFI for many years, although not necessarily for the same reasons as suggested by CITES CoP17 prop. 46.
We are dealing with a species with a very restricted distribution, exposed to a multitude of threats. In addition to the collection for the ornamental fish trade, which has shown a decreasing trend in later years, these threats include destruction of the macro and micro habitats, due to destructive fishing methods for food fish and selective targeting of the host sea anemones and sea urchins. Use as feeder fish in mariculture of food fish has been reported to be an added threat.

“Because of the complexity of the threat factors for the species, we could not agree to CITES Appendix II listing being an effective tool for protecting the species.
Through the unfortunate experience with the listing of the seahorses 14 years ago, we are in no doubt that Indonesia with a listing of the Banggai Cardinal Fish most likely would loose much or possibly even all of their trade to breeding operations in non-range countries; and that most likely with very little or no benefit whatsoever to the wild populations in the Banggai Archipelago. It could also not be ruled out that a listing would have an overall negative effect on the conservation of the species.

“OFI therefore wholeheartedly supports the agreement that was adopted yesterday; to give Indonesia the possibility to implement conservation and management measures, with the support of the CITES Secretariat, Parties and organisations, including the FAO, in the time leading up to the 30th meeting of the CITES Animals Committee.”

We encourage you to read Ret Talbot’s more detailed examination of the Banggai Plan enacted at CoP17, and three years from now, we hope to report back on the results of this plan as required to occur at CITES CoP18.