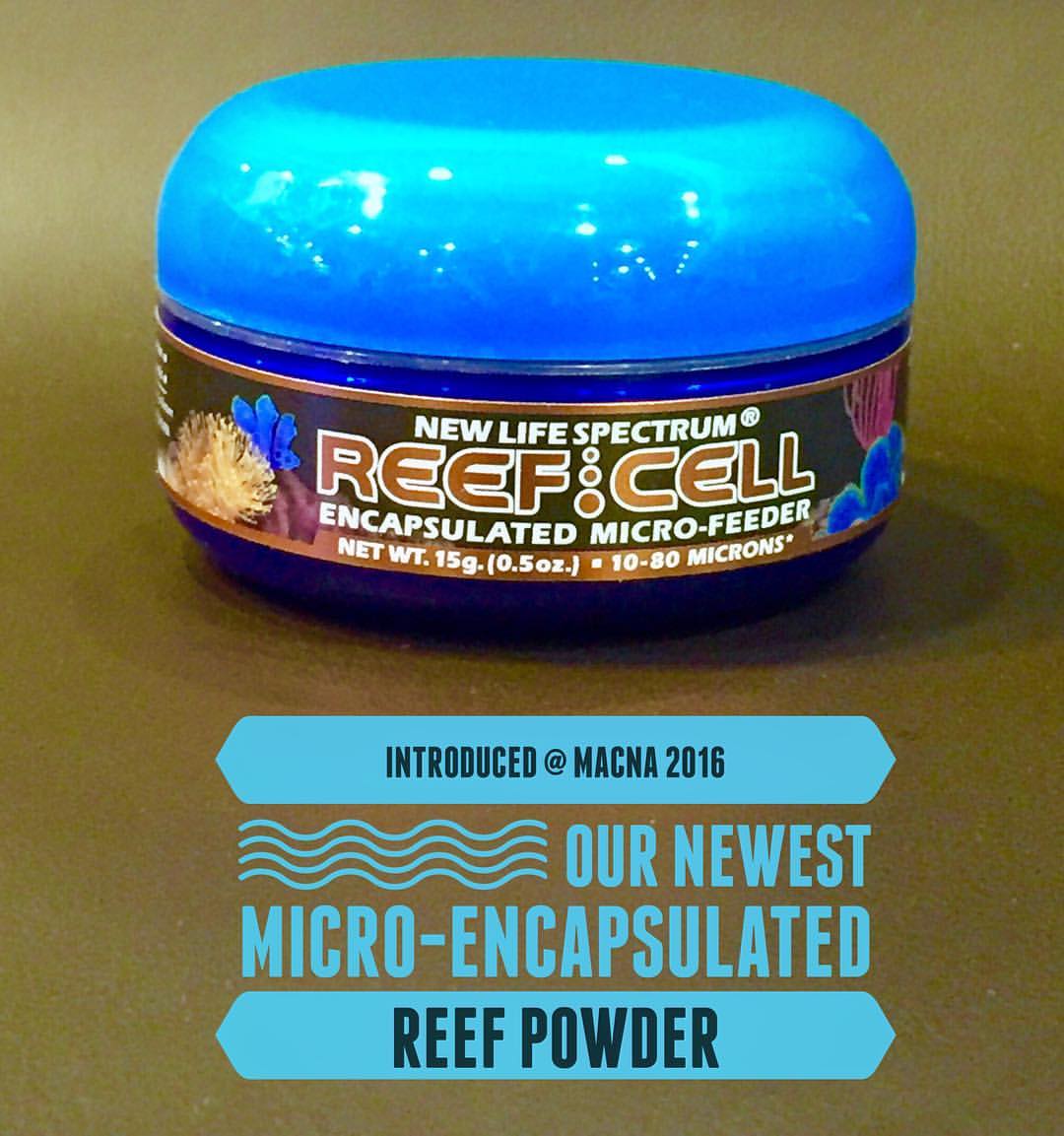 Reef/Cell is designed for SPS stony corals and filter-feeding invertebrates, with food particle sizes from 10 to 80 microns, with 80% of particles 50 microns or less. This is equivalent to the size of most phytoplankton and zooplankton. The micro-encapsulation process creates a non-polluting, water-stable particle that tends to be neutrally-buoyant in salt water and stays in an aquarium water-column for an extended time. Micro-encapsulation is a process developed in the pharmaceutical industry in which micro-particles of nutrient are embedded in a matrix of water-stable binder such as alginate.

New Life Products benefit from their Spectrum Nutrition Formula that is the basis for their high-nutrient foods. Reef-Cell is an updated product replacing the original product formerly known as Nutri/Cell.

“The name was not as descriptive as we’d have liked, and became confused with other products we had,” Tepoot stated. “We felt having ‘Reef’ right in the name was important.”

Reef-Cell also now comes in a smaller 15-gram package, which is suitable for home coral reef aquarium enthusiasts and nano-tank owners. The particulate food is recommended at 1cc of powder per 30 gallons as a starter amount, with the quantity adjusted based on the hobbyist’s observation. Thus, a small package is preferable for many consumers. A 40g package is also available.

For more information visit www.nlsfishfood.com or check out New Life Spectrum on Facebook.