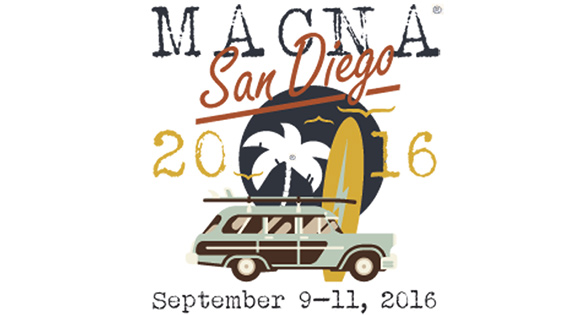 This past Sunday, the Marine Aquarium Conference of North America (MACNA) wrapped up in San Diego after another successful year. Hosted by the San Diego Marine Aquarium Foundation, this was the 28th year for what has become the world’s premiere marine aquarium hobby event—and as usual, it featured an impressive lineup of speakers and workshops. Of course, it wouldn’t be MACNA without a packed exhibit space full of the biggest names in the industry showcasing the latest and greatest in technology, products, and a dizzying array of the hottest corals around.

Following an ongoing trend in the hobby and trade, this year’s MACNA, at least in terms of live fish and corals, was all about captive-bred. Importer and wholesaler Quality Marine stole the show with their large, 100% aquacultured display featuring the first public appearance of their new Flame Angels, a cameo from the first Yellow Tangs to be reared in captivity (which, it should be noted, are growing nicely, with little evidence of the HLLE that caused some controversy on their release), and captive-bred Royal Gramma from Australia. ORA, as usual, took the opportunity to display much of their broad portfolio of captive-bred fish, from the rare Kamohara Blenny to their new Yellowtail Blue Damsels. Sea and Reef Aquaculture of Maine caused quite a buzz over the debut of their new Phantom Longfin Clowns, which stood out even in their packed display tank with flowing, luxuriant fins more reminiscent of fancy Betta varieties than marine fish. And, being MACNA, there were dozens of vendors selling frags and colonies of nearly every coral species and strain on the market—again, nearly all cultured or grown in tanks or coral farms.

With such a great crowd of attendees from all over the country (and world), it was tough to get away from the CORAL Magazine booth to explore, but we did manage to put together a photo-heavy highlight reel of some of the most exciting displays and marine life the show had to offer. It is by no means exhaustive, but please enjoy our photo walk-through of MACNA 2016! 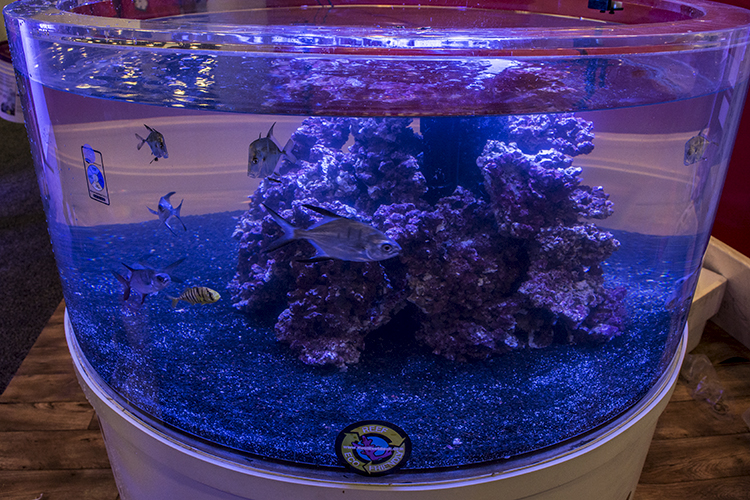 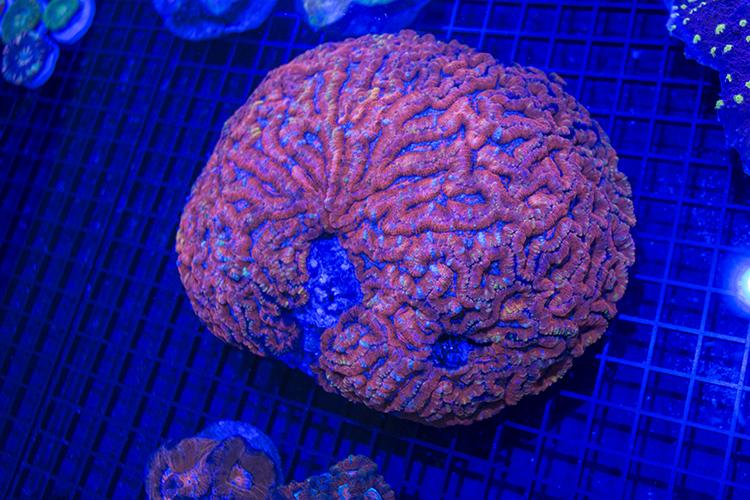 Plenty of remarkable LPS, like this screaming Lobophyllia colony, were available for sale 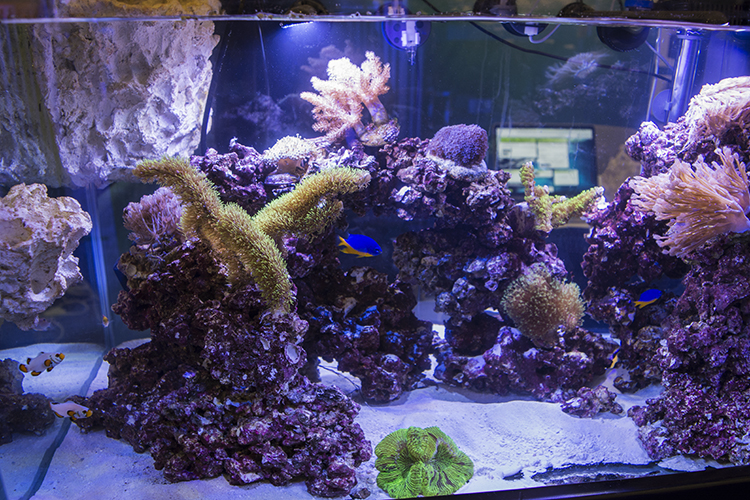 A vibrant display aquarium by Tunze, showcasing some of their new products 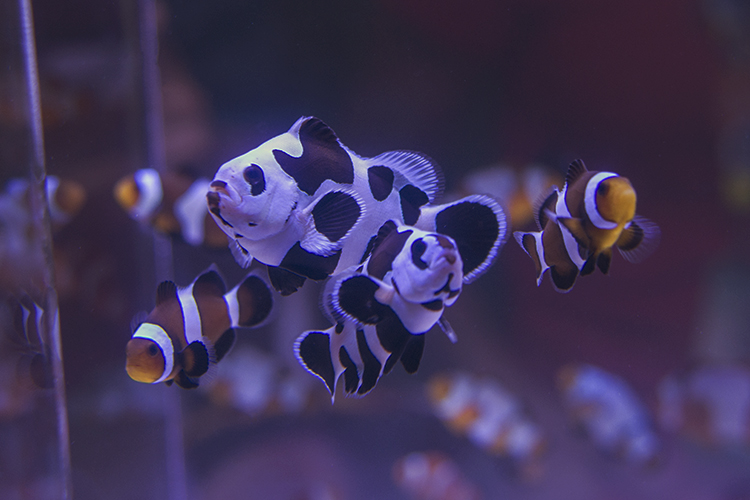 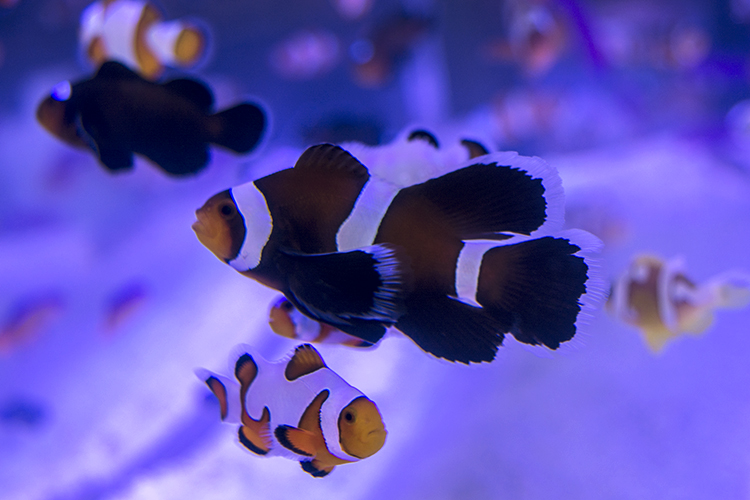 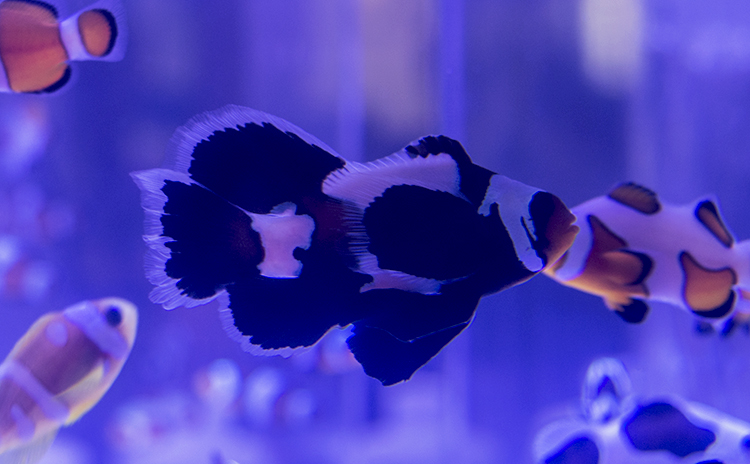 Easily among the most impressive fish seen at MACNA, the new Phantom Longfin from Sea & Reef drew quite a crowd 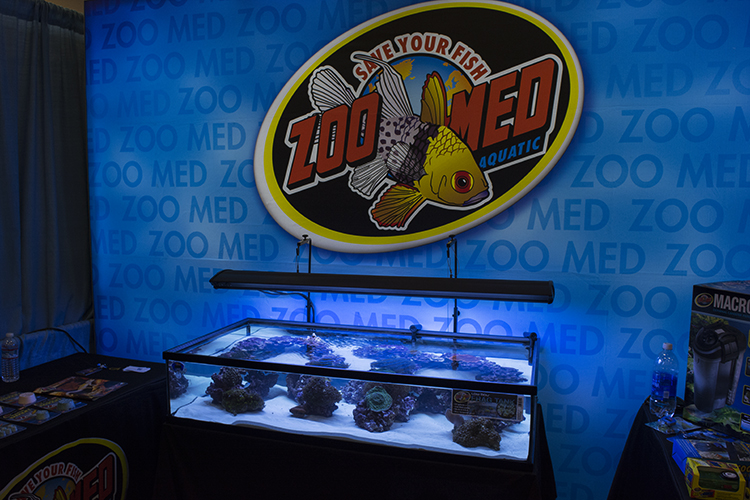 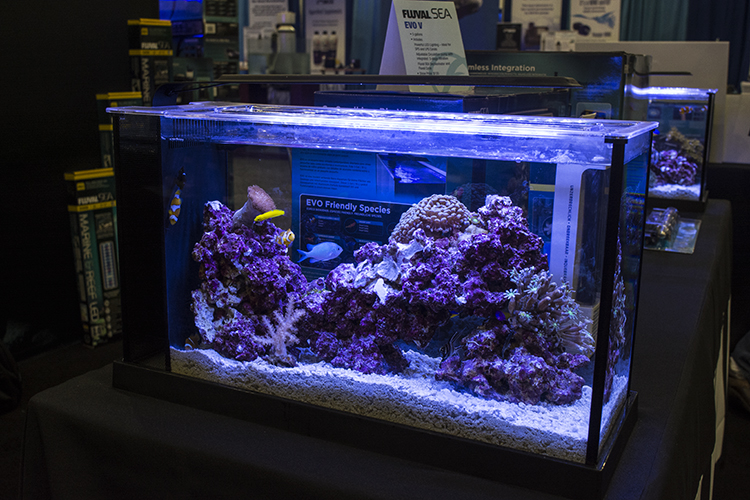 Fluval had a number of attractive nano aquariums on display — here, the Evo 5 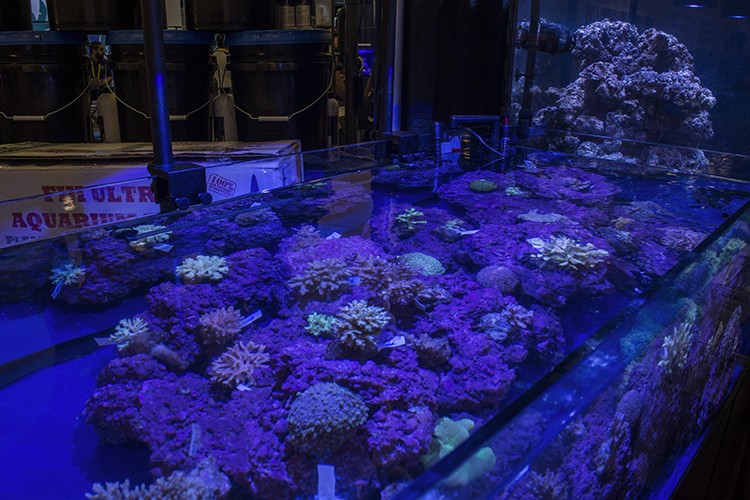 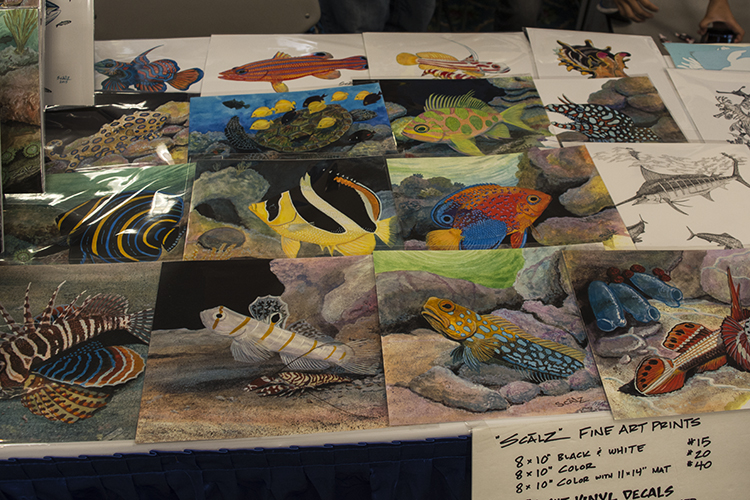 It wasn’t just live fish on display. Scalz Fine Art had some beautiful artwork for sale 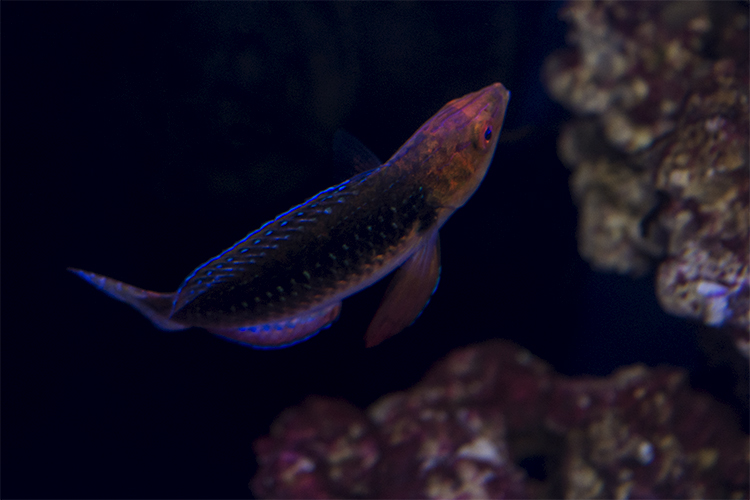 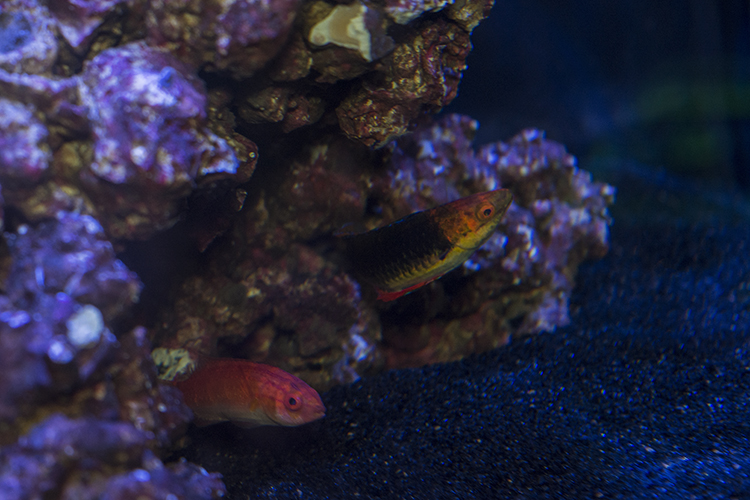 Carolina Aquatics displayed the recently-described Monsoon Fairy Wrasse (Cirrhilabrus hygroxerus), the first and only specimens currently in the US 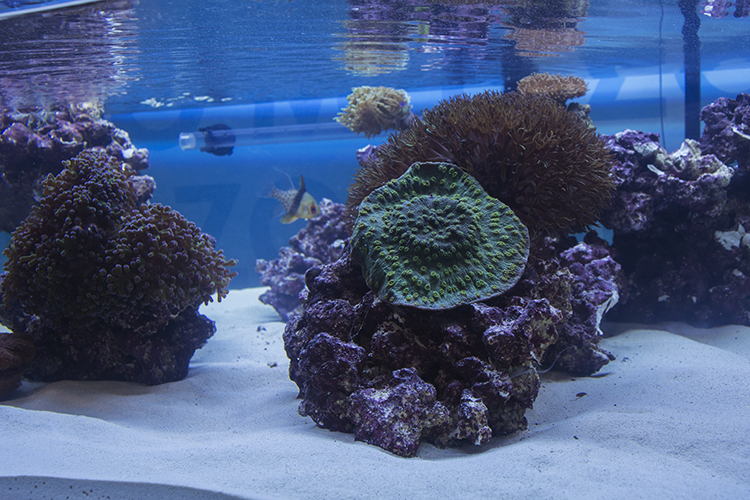 Closeup of the ZooMed tank 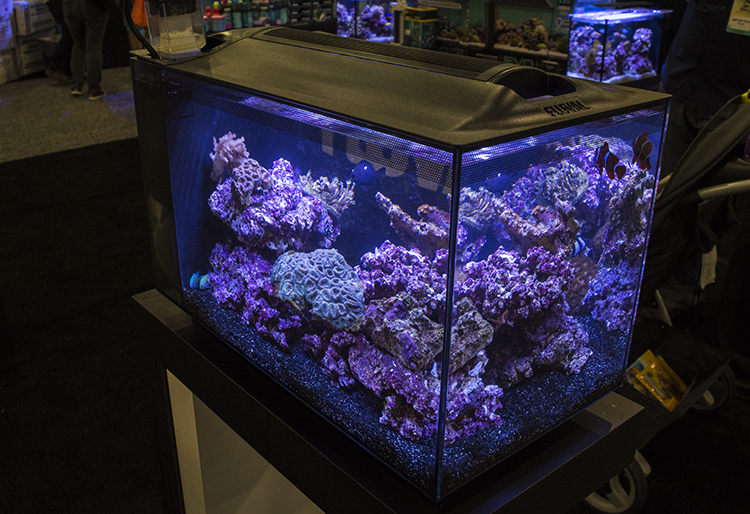 Another sleek all-in-one aquarium at Fluval’s booth, the Evo 12 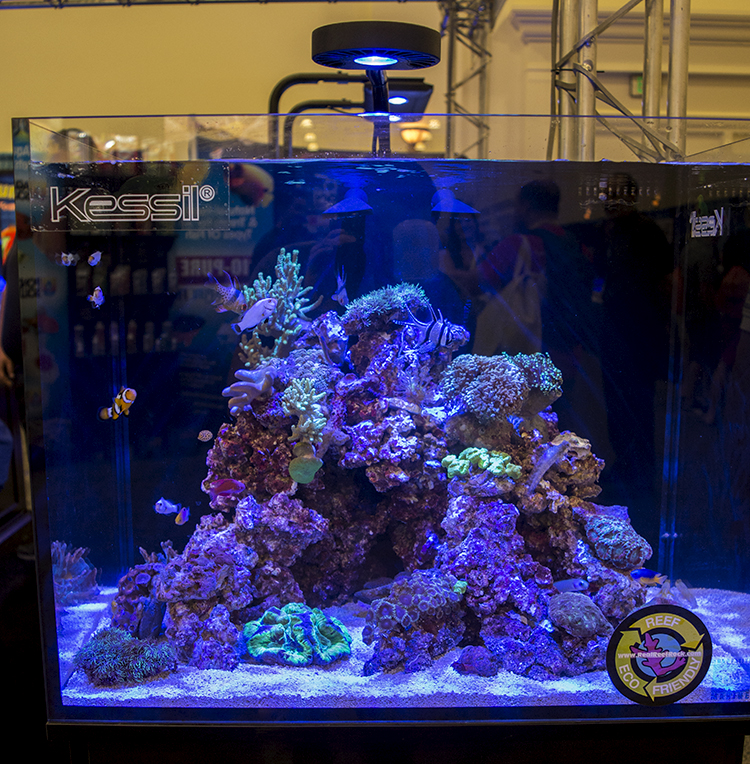 One of the display tanks at Kessil’s booth 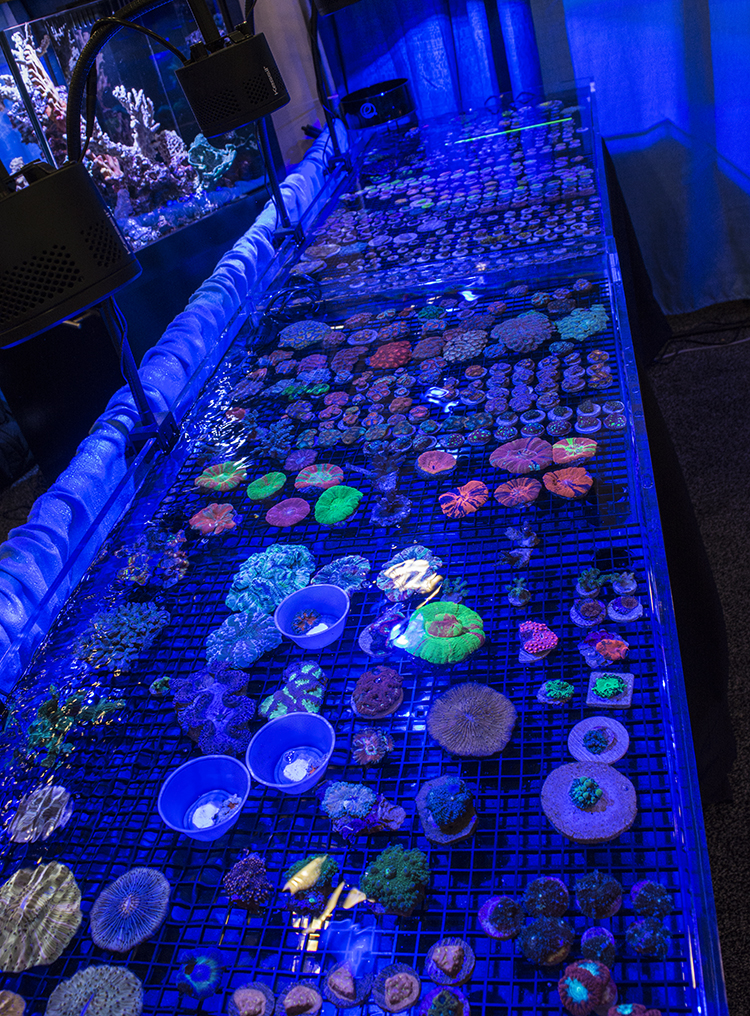 It wouldn’t be MACNA without plenty of the hottest corals for sale from vendors all over the US. Here, SD Corals (a local company) showcases some amazing Scolymia, Bounce Mushrooms, and much more 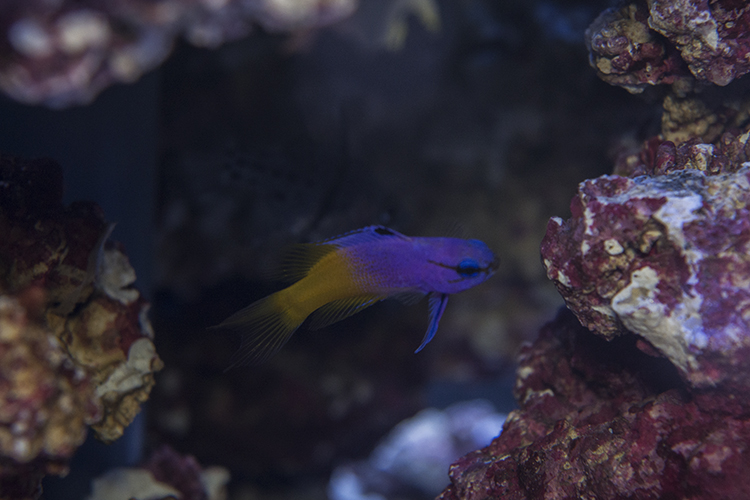 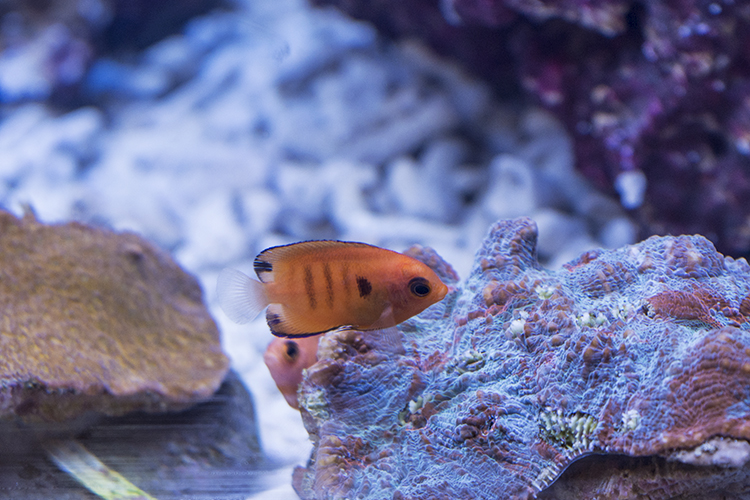 Quality Marine’s captive-bred Flame Angels were among the highlights of their impressive, 100% aquacultured fish and coral display 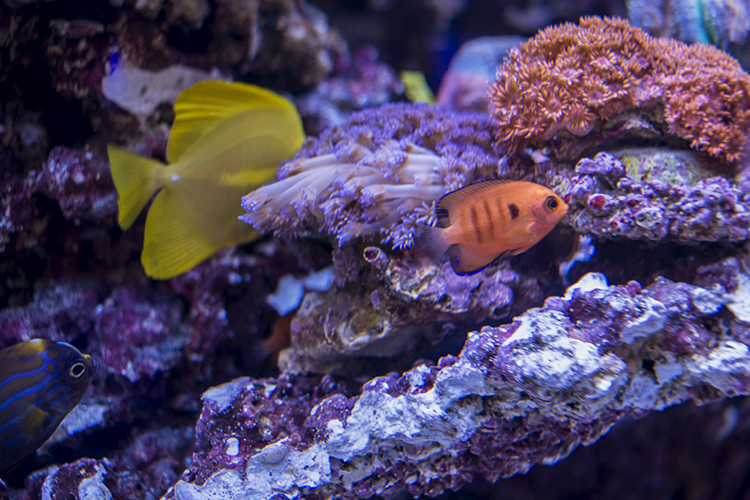 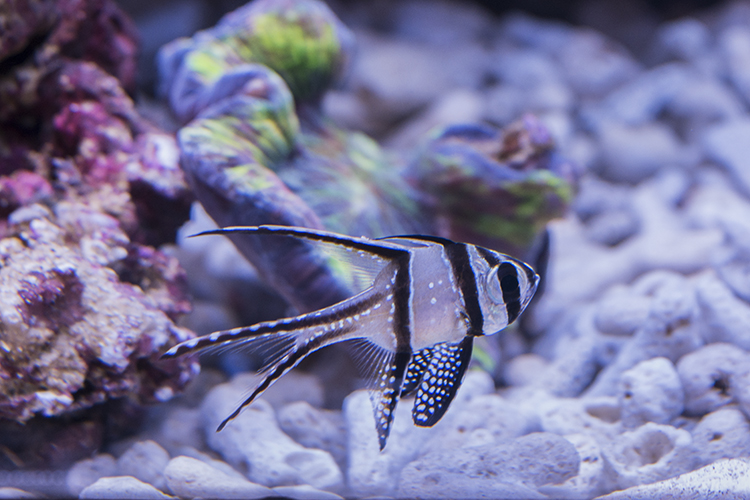 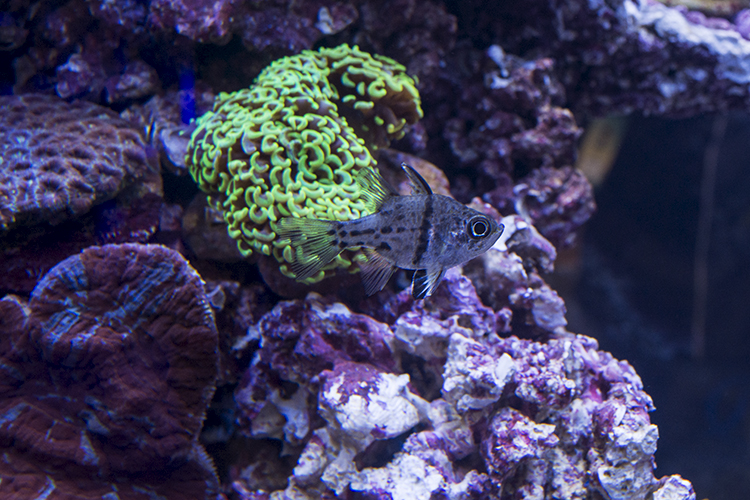 The Orbi Cardinal, another captive-bred fish currently available to hobbyists, in front of a backdrop of Bali aquacultured LPS corals 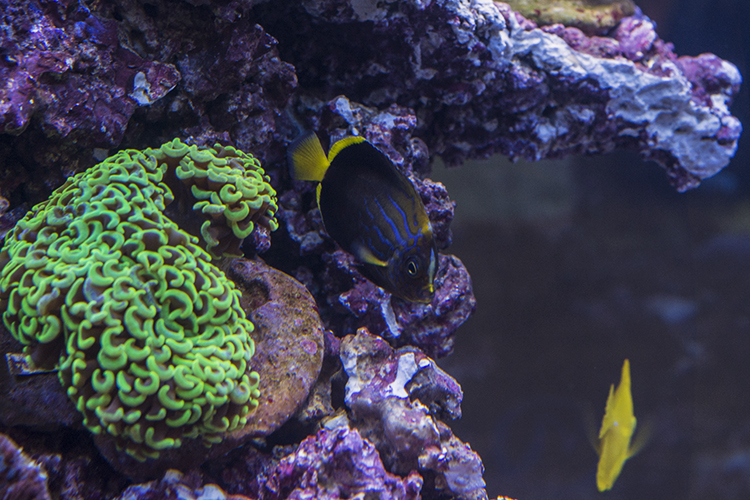 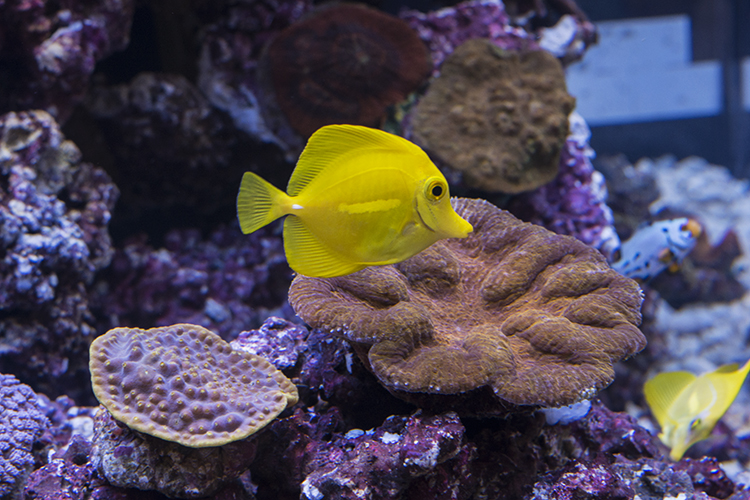 These fish, from the first batch of yellow tangs to be bred in captivity, are growing up healthy and appear to be thriving 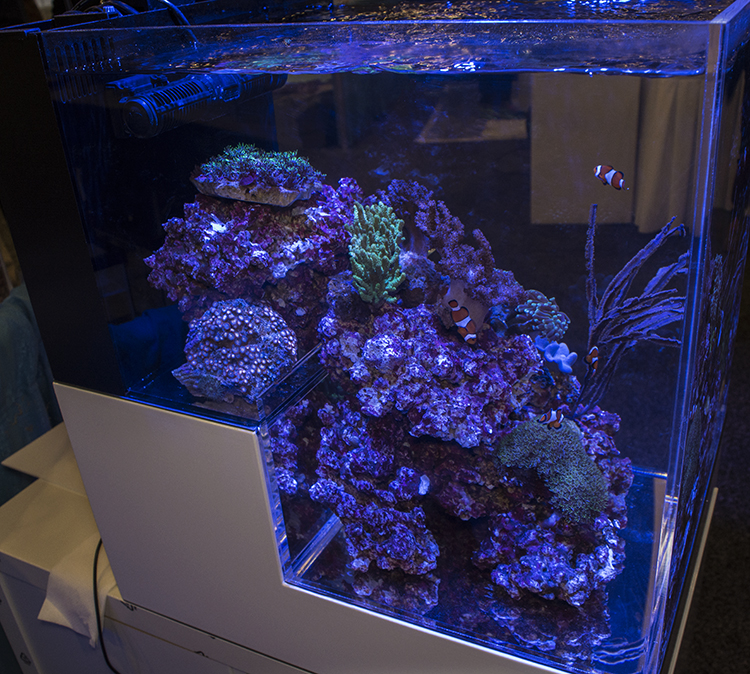 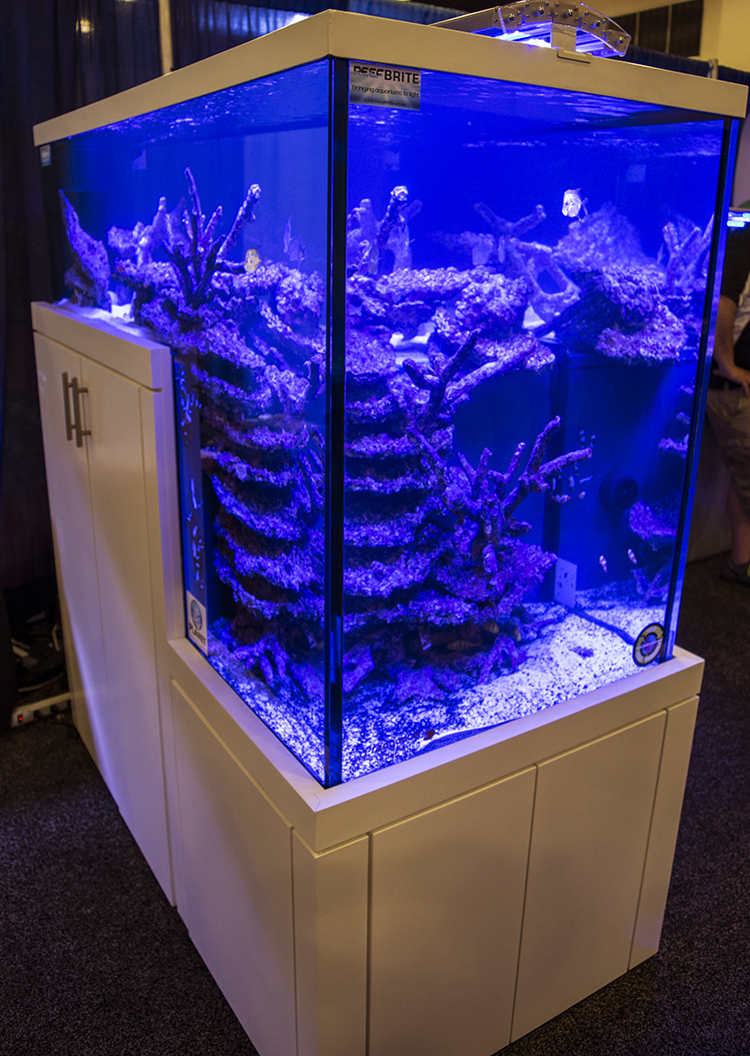 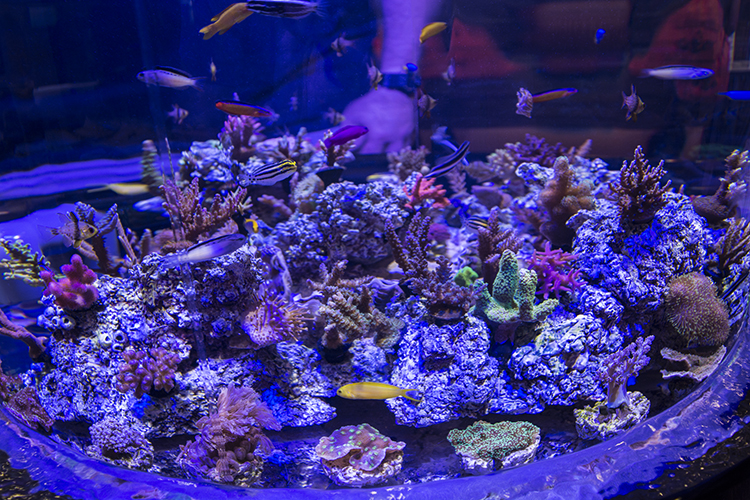 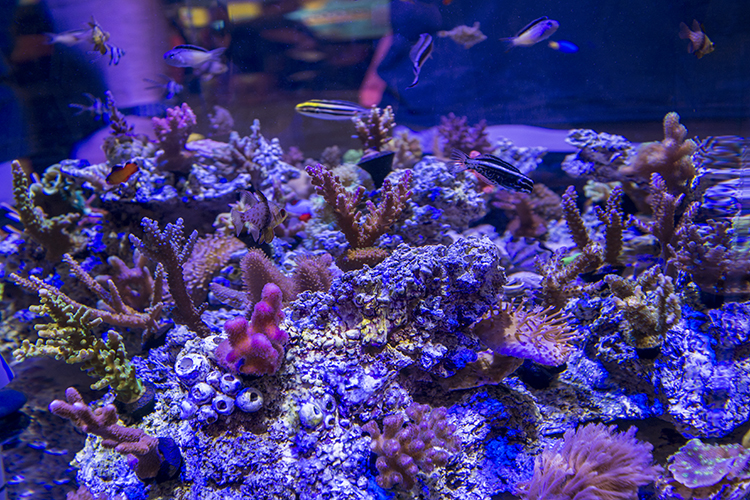 ORA didn’t disappoint with their always-impressive edgeless reef display, this year featuring their captive-bred Kamohara Blennies (among many other fish) 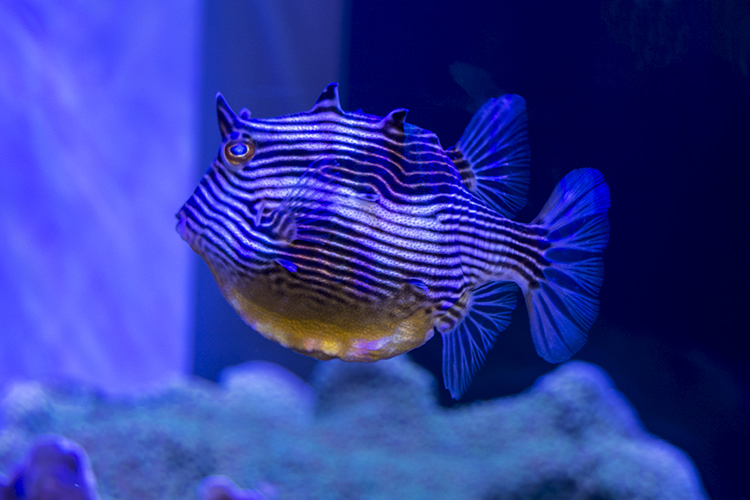 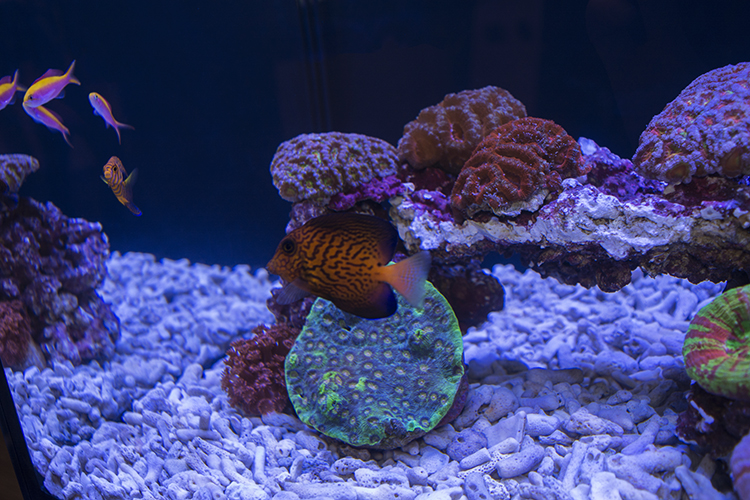