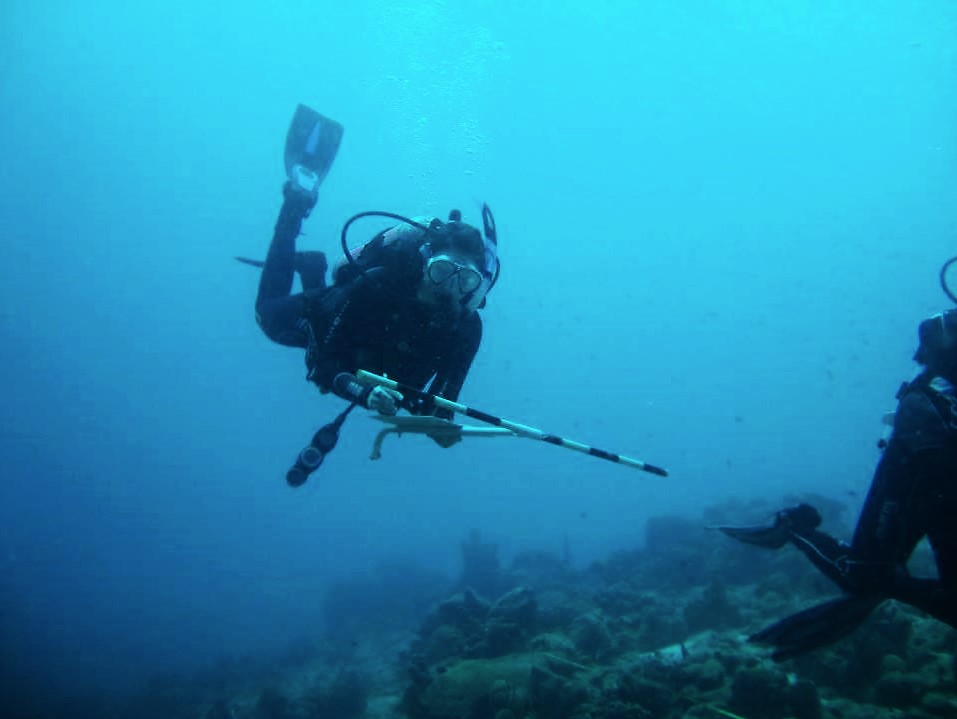 At MACNA 2016, MASNA will be awarding its annual Student Scholarships at the MACNA banquet on Saturday, September 10th, 2016. Two $4000.00 scholarships will be granted, one to an undergraduate student and one to a graduate student.

Over the past 9 years, the Marine Aquarium Societies of North America (MASNA) has provided $48,000 in funding for undergraduate and graduate college students to help continue their degrees in the marine science discipline. In the past 9 years, The MASNA Scholarship Program has grown to over 250 applicants from North America and abroad. It has fast become a very competitive and esteemed award. 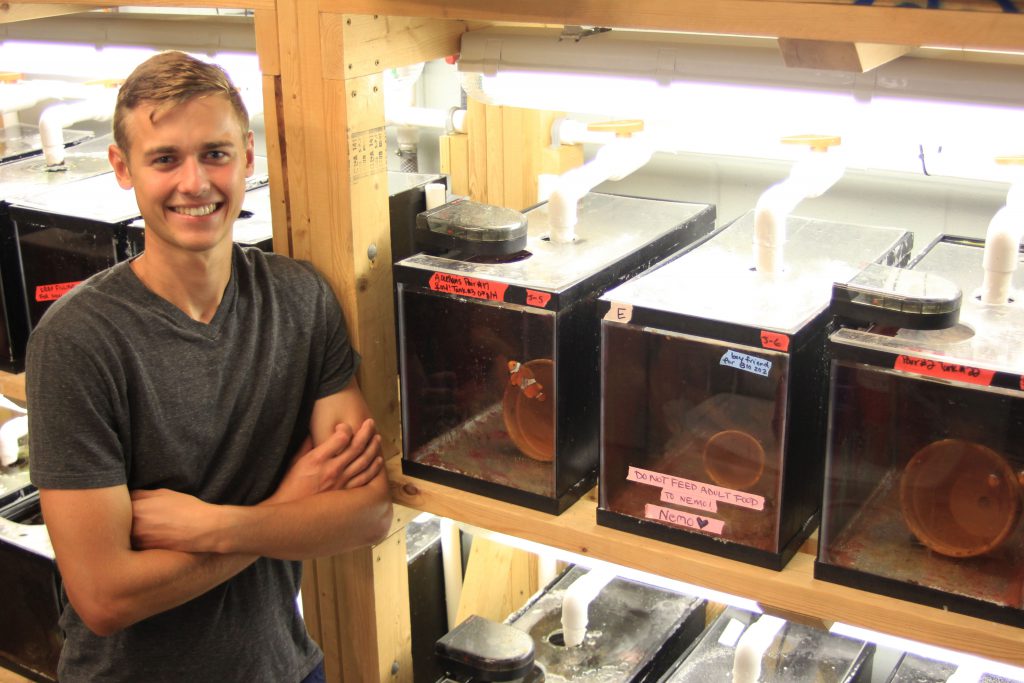 Undergraduate MASNA scholarship winner Kory, standing with the anemonefish broodstock system he helped build. The system was part of a previous project that he worked on that studied juvenile Amphiprion ocellaris social hierarchy.

Kory is a full-time Marine Biology & Environmental Science undergraduate student at the University of North Carolina–Wilmington. Kory currently keeps three tanks at home and one at school. At school he maintains a 4-gallon mushroom and zoanthid system. At home he has a 55-gallon mixed reef, a 24-gallon biocube, and a 24×48” frag tank for zoanthid grow-out and bubble-tip anemone propagation. Kory believes that much in the world can be learned just as well outside as inside a classroom. Hands-on learning is certainly a hallmark of the marine aquarium hobby. With this in mind, Kory co-founded the UNC Wilmington Reef Club to help teach other students how to maintain marine aquariums by providing an avenue for them to physically interact with the systems they maintain, and not just read about them in books and blogs. Kory served as the Vice President and Social Media Coordinator for the club from 2014-2015. 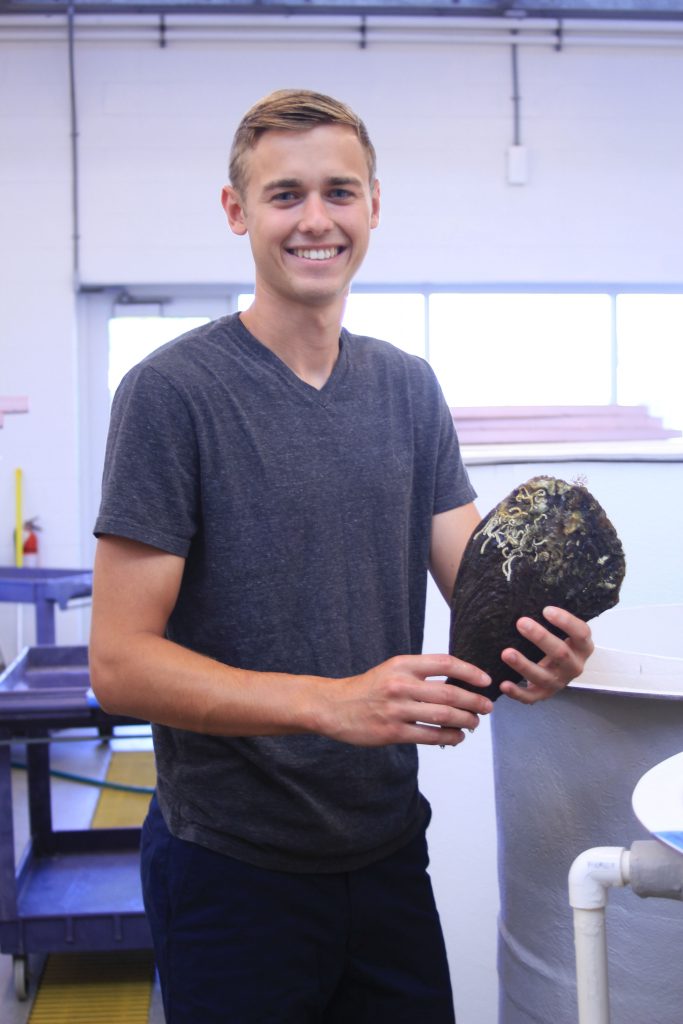 Professionally, Kory wants to aquaculture marine aquarium organisms for both the aquarium industry and for conservation. He thinks that in the future, farming species normally grown for the aquarium industry will diversify into various other sectors. Furthermore, Kory thinks that education at the high school and collegiate levels are paramount to guiding a change in how humans interact with the environment and usher in an age of environmental sustainability. In the near future, Kory hopes to pursue a master’s degree in aquaculture at the University of Florida.

The 2016-2017 MASNA Graduate Student Scholarship recipient is Elizabeth “Liz” Groover, who is attending the University of Florida Tropical Aquaculture Lab (TAL) for her Master of Science degree. 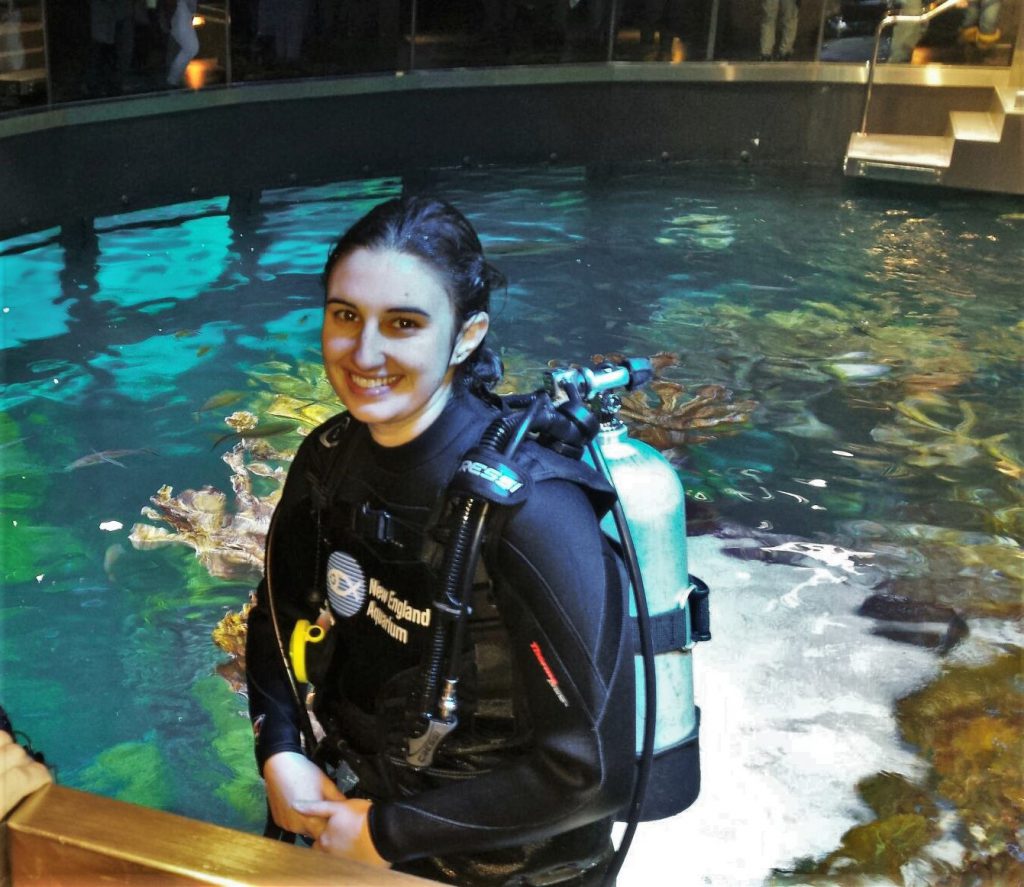 Graduate MASNA scholarship winner Liz at the New England Aquarium Spring 2015 Giant Ocean Tank (GOT) Internship. She states: “[I] couldn’t be happier after a successful maintenance dive in the GOT.”

Liz used to keep a 20-gallon soft-coral reef tank with a mochavinci Amphiprion ocellaris and an A. percula anemonefish, along with some other inhabitants. She also had a 30-gallon soft-coral tank with a breeding pair of black A. ocellaris. However, she traded those tanks in for the massive broodstock tanks at the TAL facility. At TAL, Liz is working on the captive reproduction, larval culture, and production techniques for three species of wrasse prized by the aquarium trade. In her own words, “I’m really enjoying my first few weeks of grad school at TAL! [We are] already making some progress with the wrasses and it’s really exciting.” 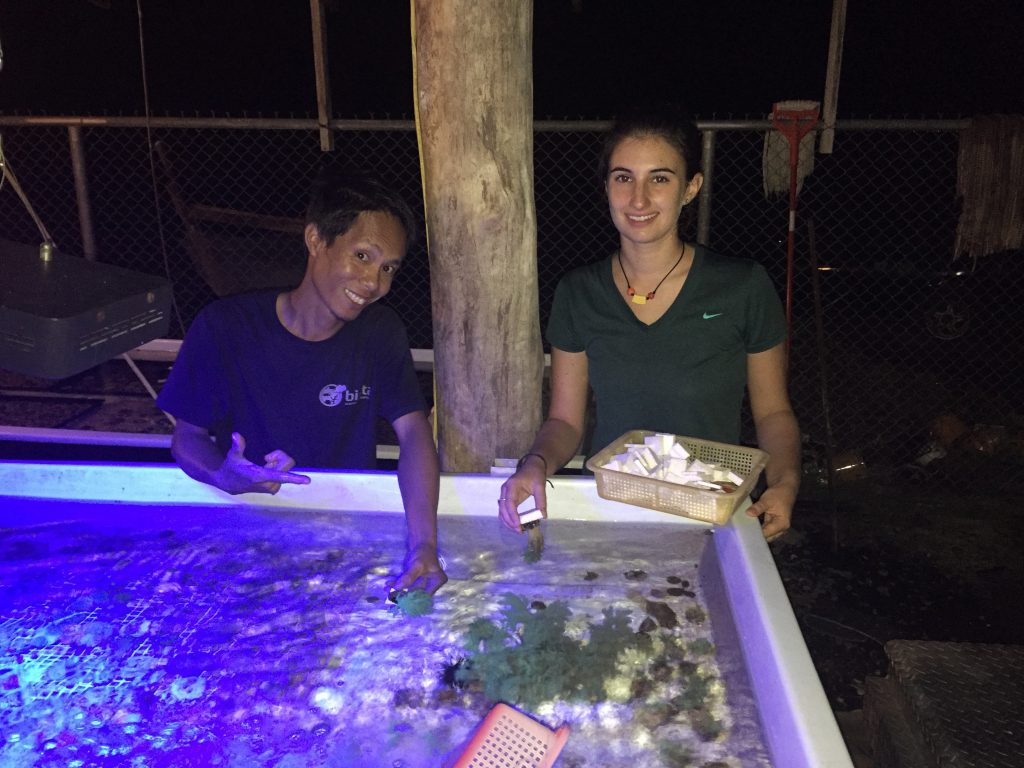 After MACNA 2015 in Washington, D.C., Liz started a six-month internship with Biota Aquaculture in Palau. At Biota Aquaculture, Liz was able to work and learn many facets of the marine aquarium aquaculture industry. Her experience there has influenced her greatly, and after finishing her master’s degree, Liz plans to get more hands-on, real-world experience by working at various marine aquarium aquaculture facilities around the world. She is interested in joining the Peace Corps and traveling to underdeveloped countries in the Pacific and Caribbean to help the local populations make a living through sustainable fish, clam, and coral aquaculture.

MASNA would like to thank Doctors Foster and Smith LiveAquaria.com and Ecotech Marine. Without them, the two $4,000 MASNA Student Scholarships would not be possible.