MASNA Announces 2016 Aquarist of the Year 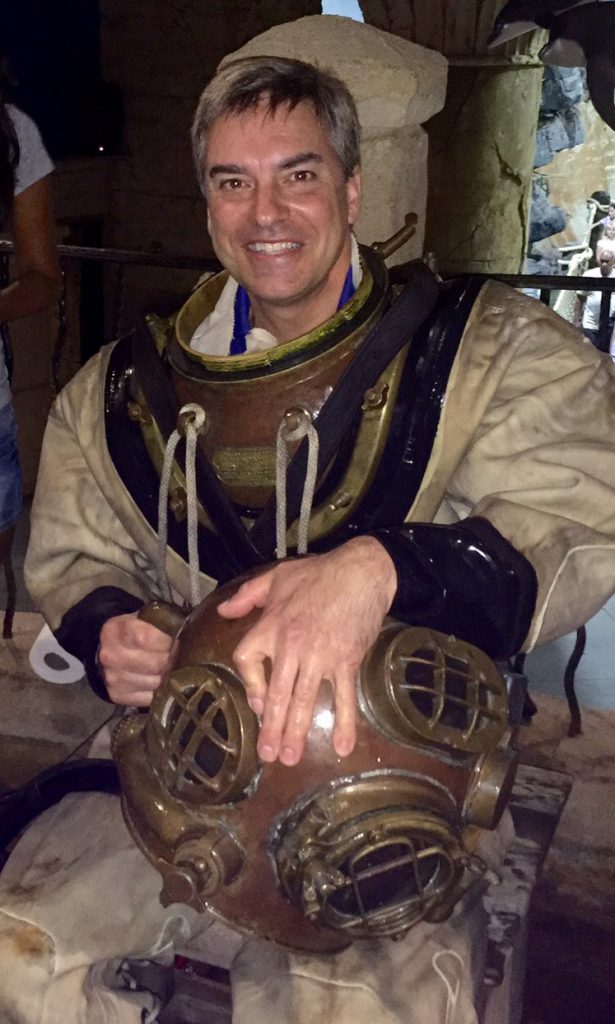 MASNA is proud to present this award to Joe Yaiullo for his continued support of the hobby as well as his pioneering efforts in establishing public aquaria outreach through his 20,000-gallon reef tank at the Long Island Aquarium. Joe remains actively involved in promoting reef-keeping and working with hobbyists; he also served as president of the Long Island Reef Association (LIRA) for 12 years.

As a kid, Joe spent much of his childhood maintaining home aquariums and exploring the marine life surrounding Long Island, New York. Now he gets paid to basically do what he did as a kid and has been keeping reef tanks for over 29 years.

Joe earned a B.S. in Marine Science from LIU Southampton College’s marine science program, and worked for 8 years (1987-1995) at the New York Aquarium in Brooklyn, NY, as Senior Aquarist. Starting in 1987, Joe pioneered what is now common practice in reef-keeping and upped his game in 1993 with the establishment of a 1400-gallon reef tank, which at the time was the largest successful reef tank in the Western Hemisphere. In 1992, he began to shape his plan for a world-class aquarium on Long Island’s East End. In 2000, after toiling for eight long years, his plans and vision became a reality with the opening of Atlantis Marine World Aquarium in Riverhead, NY (now known as the Long Island Aquarium). On that day, the public was able to see his 20,000-gallon reef tank, which was the largest closed-system reef tank in the Western Hemisphere, and second largest in the world at that time. In 2003, Joe was awarded The Distinguished Alumni Award from Southampton College for his contributions to the community.

Joe, an admitted “Coralaholic,” currently feeds his ever-increasing addiction by nurturing his 20,000-gallon reef tank, which contains corals that date back over 26 years. While he has admitted his addiction, he has no plans of seeking a cure and enjoys talking with reef keepers from around the world.

Joe has been featured in many reef-keeping books and magazines, and has presented lectures in Canada, Germany, Sweden, Finland, England, Fiji, Monaco, France, The Netherlands, Italy, and throughout the US, including several MACNAs dating back to 1994.

The Long Island Aquarium is a world-class aquarium, so even though it’s on a larger scale, Curator and Co-founder Joe Yaiullo still considers it his entire “DIY” project.

The first MASNA award was presented in 1995 to Martin Moe, and it has been awarded every year since at MACNA. Joe becomes the 22nd annual recipient of this award. MASNA members submit Aquarists of the Year nominations and a panel of past MASNA award winners selects the winner.

MACNA and Aquarist of the Year are registered trademarks of the Marine Aquarist Societies of North America (MASNA). For more details about MASNA and its member clubs, please visit http://www.masna.org.