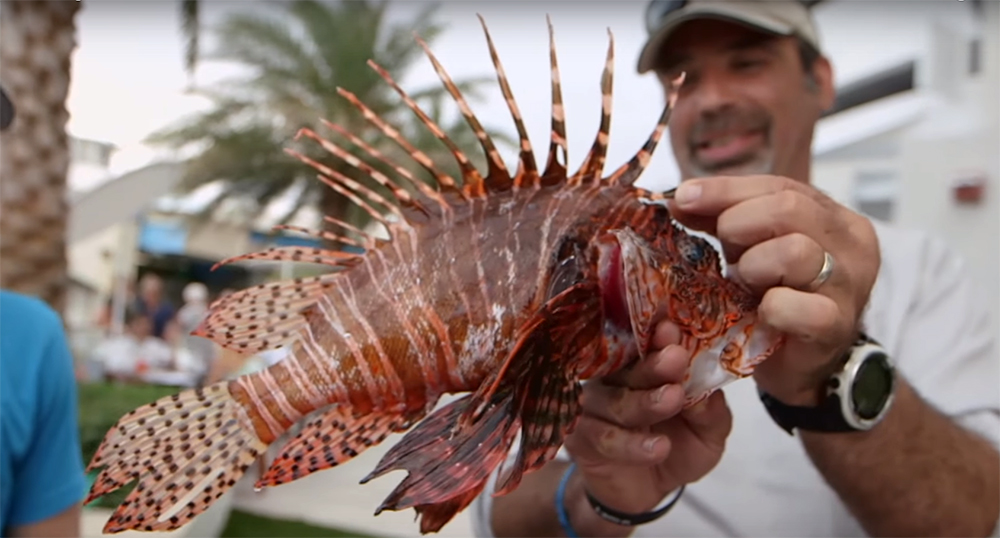 A large lionfish on display at a recent Lionfish Derby in Florida – image from PBS NewsHour footage below.

PBS NewsHour released a great segment on the Eastern Atlantic’s problem with invasive Lionfish. If this problem somehow escaped your notice prior to today, the footage is absolutely must-watch TV, and serves as yet another great reminder why it is never OK to release aquarium fishes into the wild. The problem caused by the Lionfish introduction some years ago is here to stay for the foreseeable future.

“Lionfish are simply too widespread, too deep, too inaccessible in some areas for us with our current tools and technologies, to remove every last one. So what we’re left with is something akin to weeding the garden,” says Lad Adkins of REEF (Reef Environmental Education Foundation). “Eradication is not on the table.”

However, invasive Florida Lionfish most certainly is on the table, as shown in the PBS segment. Anyone getting hungry?

Dive in to the PBS Segment Now: