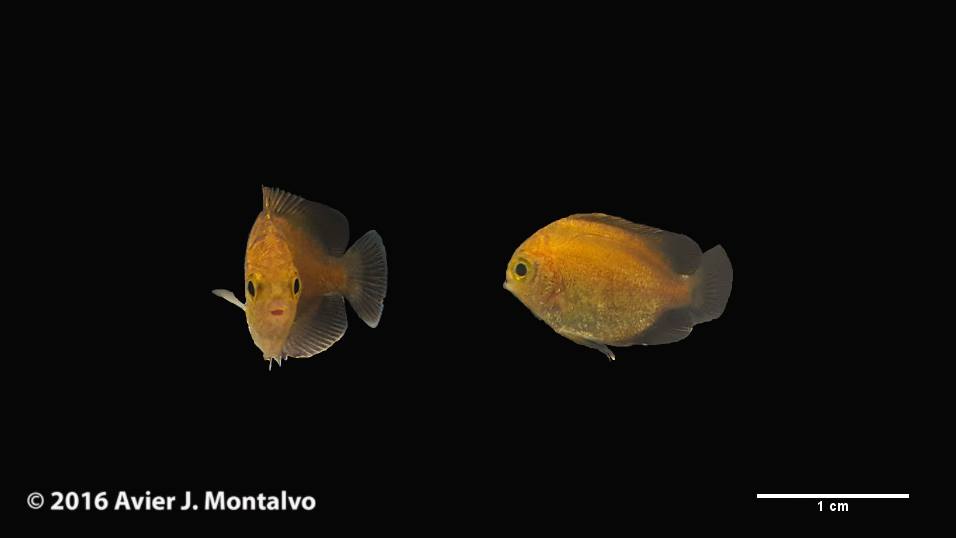 via Rising Tide – Newly settled Potter’s angel (Centropyge potteri) juvenile at 59 days post-hatch, 1.88 cm in length. The hair-like protrusions and larval coloration are now gone. Juveniles have fully-formed fins, juvenile coloration, and an appetite and personality to match. Relocated to a 200L tank for easier maintenance, they are simply adorable, but starting to exhibit aggression between siblings. There are multiple PVC hiding structures within the tank, but these guys seem to want more of their own places. If you look closely, you can see the adult coloration starting to show right behind the eyes.

Potter’s Angelfish, Centropyge potteri, is a coveted aquarium fish and a Hawaiian endemic. With Hawaii’s reef fishes at the center of ongoing controversy–anti-aquarium activists are painting the state’s managed fishery in as grave a light as possible–the relentless pace of aquaculture breakthroughs with these species paints a starkly different and promising picture. Today, another species first was claimed, with news of the first successful captive-breeding of the Potter’s Angelfish being released by Rising Tide Conservation. 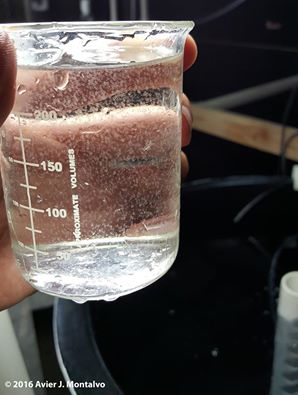 A batch of eggs from several species including Centropyge potteri, teased as “mystery eggs” 24 hours before the news was officially released by Rising Tide. 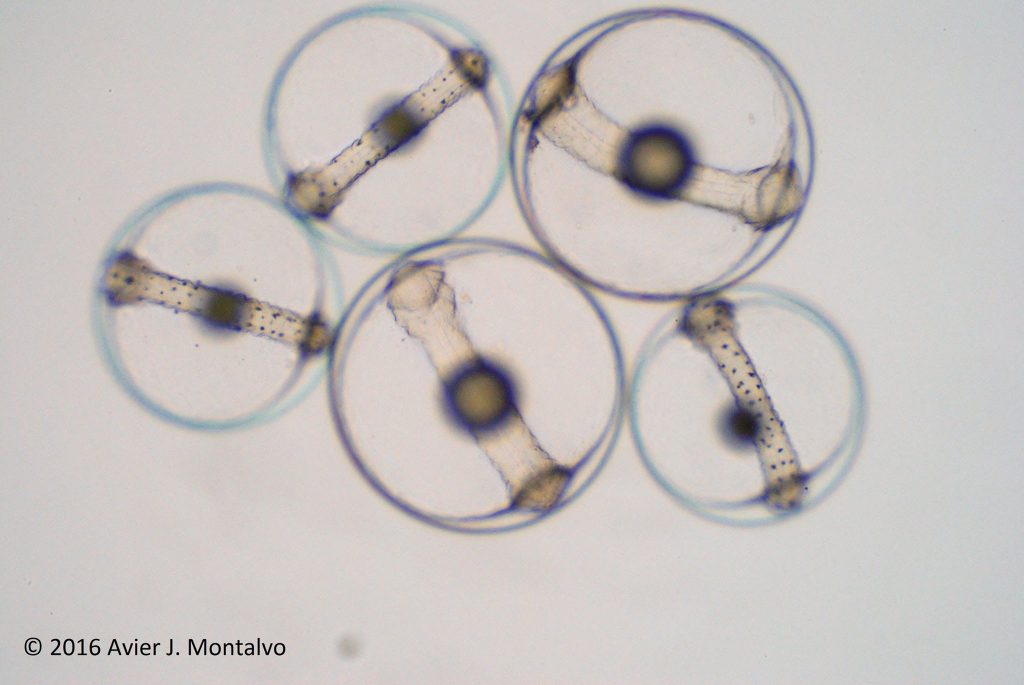 Developing embryos of Centropyge potteri and another undentified species (Centropyge eggs have the black-spotted embryos). 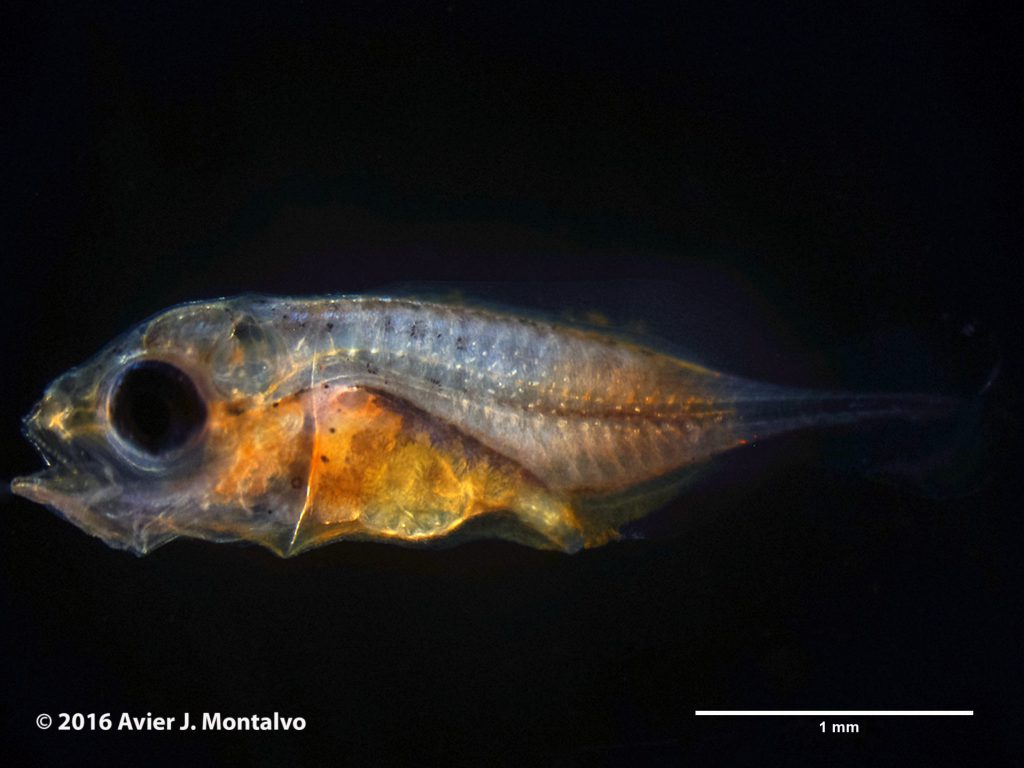 At 3 dph there were quite a few reddish larvae present. After adding the first feeding of copepod nauplii and background algae, they appeared to be active and feeding well.
Pictured here at 10dph, at a length of approximately 3.35mm (NL), the larvae had well developed eyes, mouth, and gut, which was full of copepod nauplii. All signs of a great start!! – via Rising Tide

More details to come, but from initial conversations this latest achievement is being credited to talented aquaculturist Avier J. Montalvo, who joined Rising Tide and the Oceanic Institute at Hawaii Pacific University just 6 months prior. Montalvo, a Texas native, received his B.S. in Marine Fisheries from Texas A&M University at Galveston. In 2008, Montalvo began graduate school at The Fisheries and Mariculture Laboratory at The University of Texas at Austin – Marine Science Institute. There, he conducted his master’s work and ran the ornamental laboratory under the supervision of his graduate advisor, Dr. G. Joan Holt, graduating in 2010 with a Masters in Marine Science. 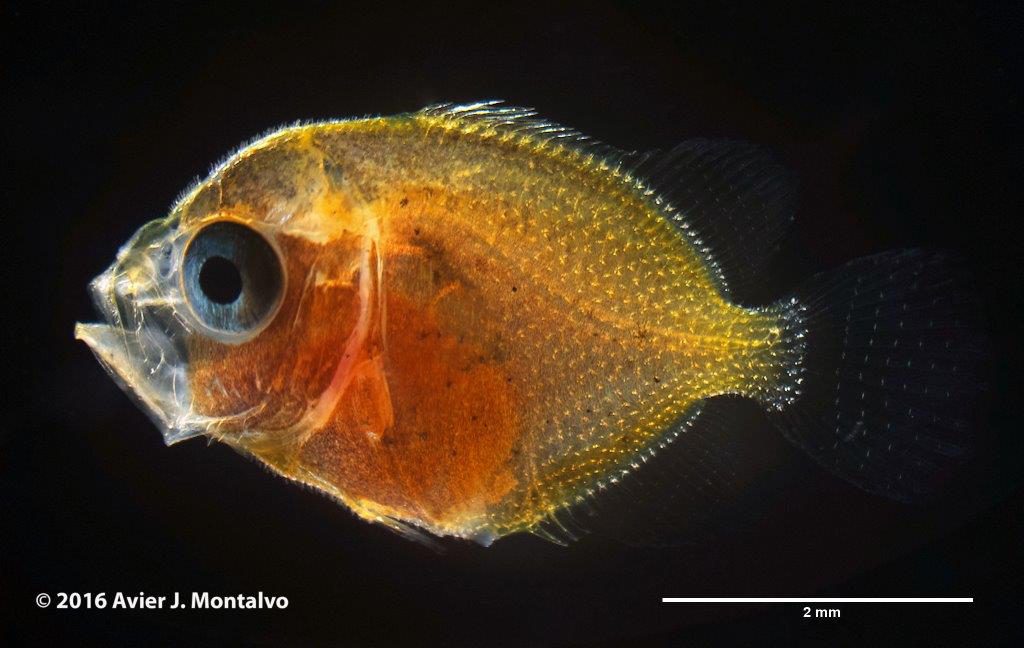 As the larvae approached flexion, there was minimal mortality of larvae in the collection, with small numbers halting around this critical larval developmental period. Pictured here at 33 dph, at a length of approximately 4.6mm. Happily feeding on enriched rotifers and artemia, with distinct dorsal and ventral spines, the larvae possessed well-formed fins and exhibited a deepening in body shape. Still with its characteristic, larval spikey hair-like protrusions they remind Avier of a pineapple. They are a Hawaiian species after all… – via Rising Tide

Dr. Judy St. Leger, President of Rising Tide Conservation and Vice President for Research and Science at SeaWorld Parks & Entertainment, describes Montalvo’s work as “game changing,” noting that Montalvo has been working on a unique research project. The hope, St. Leger states, is that the result of this work will be streamlined feeding protocols that could significantly improve the larval rearing of fishes like Centropyge potteri. St. Leger goes on to note that there is no intention to establish Potter’s Angelfish broodstock within the Rising Tide Conservation program, referring to Montalvo’s success with the species as largely “proof of concept,” an example of what might become more routine once Montavol’s research is solidified and disseminated. 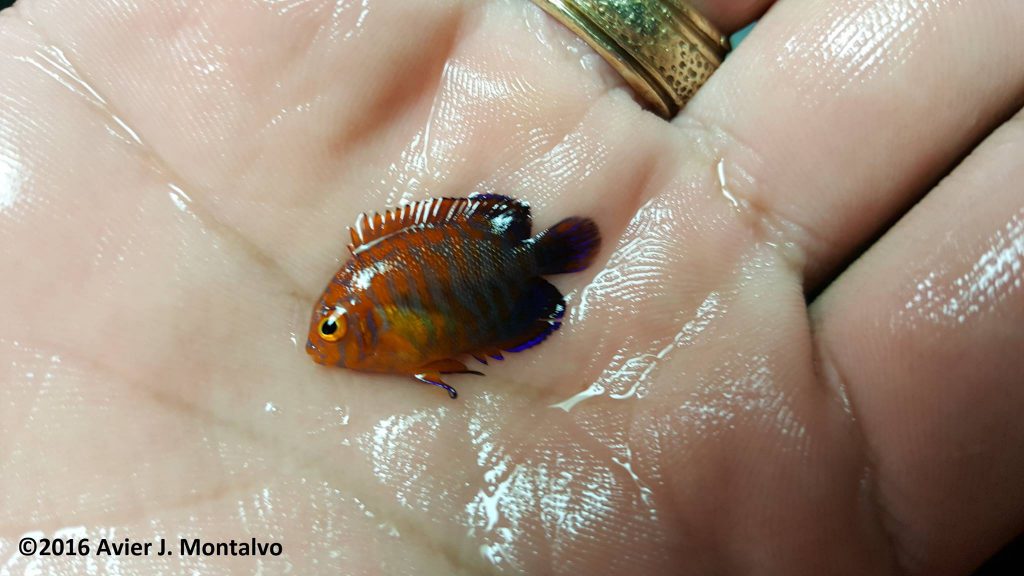 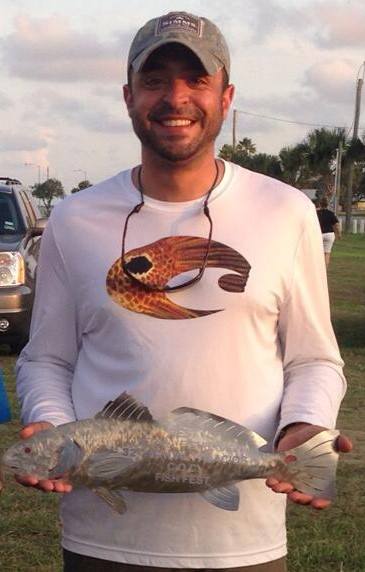