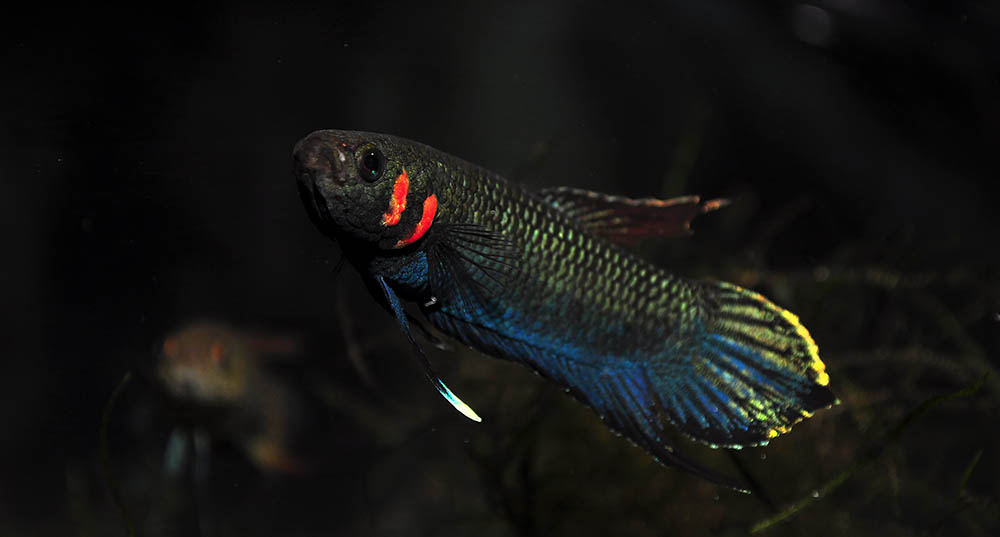 Friday Photospread: Ninja. Betta. Both? Watch out for Betta foerschi!

Yes, it’s been a long time since we posted a Friday Photospread. It is way overdue. Going through images from the past couple years, I found many species I worked with, tried to spawn, and for whatever reason, things didn’t quite go as hoped.

Such is the case with Betta foerschi. Their trade name is the “Ninja Betta,” and between its overall dark coloration and ability to blend into the vegetation, I’d say it’s a fitting name! It’s a great species to look at, given our very popular “WILD BETTAS” cover on the September/October 2015 issue of AMAZONAS.

These paternal mouthbrooders are said to be easy to sex when mature: the males have red facial markings, while females are more gold. Pragmatically, I found it not quite as easy as the literature and photos suggested. 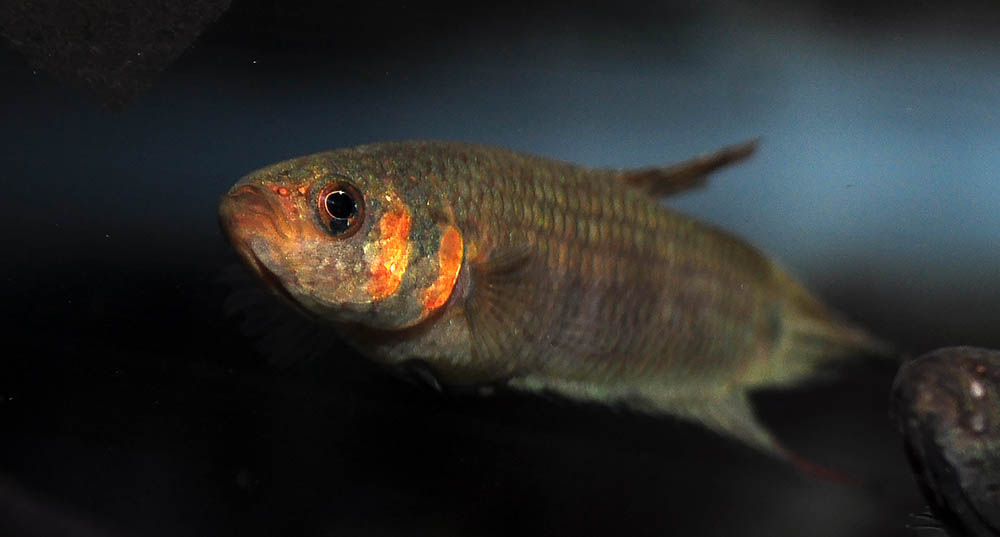 Male or female? Fish like this can be problematic. It seems like a female, but the facial markings are more red than gold! Ultimately, I believe this fish proved to be a female after settling in. 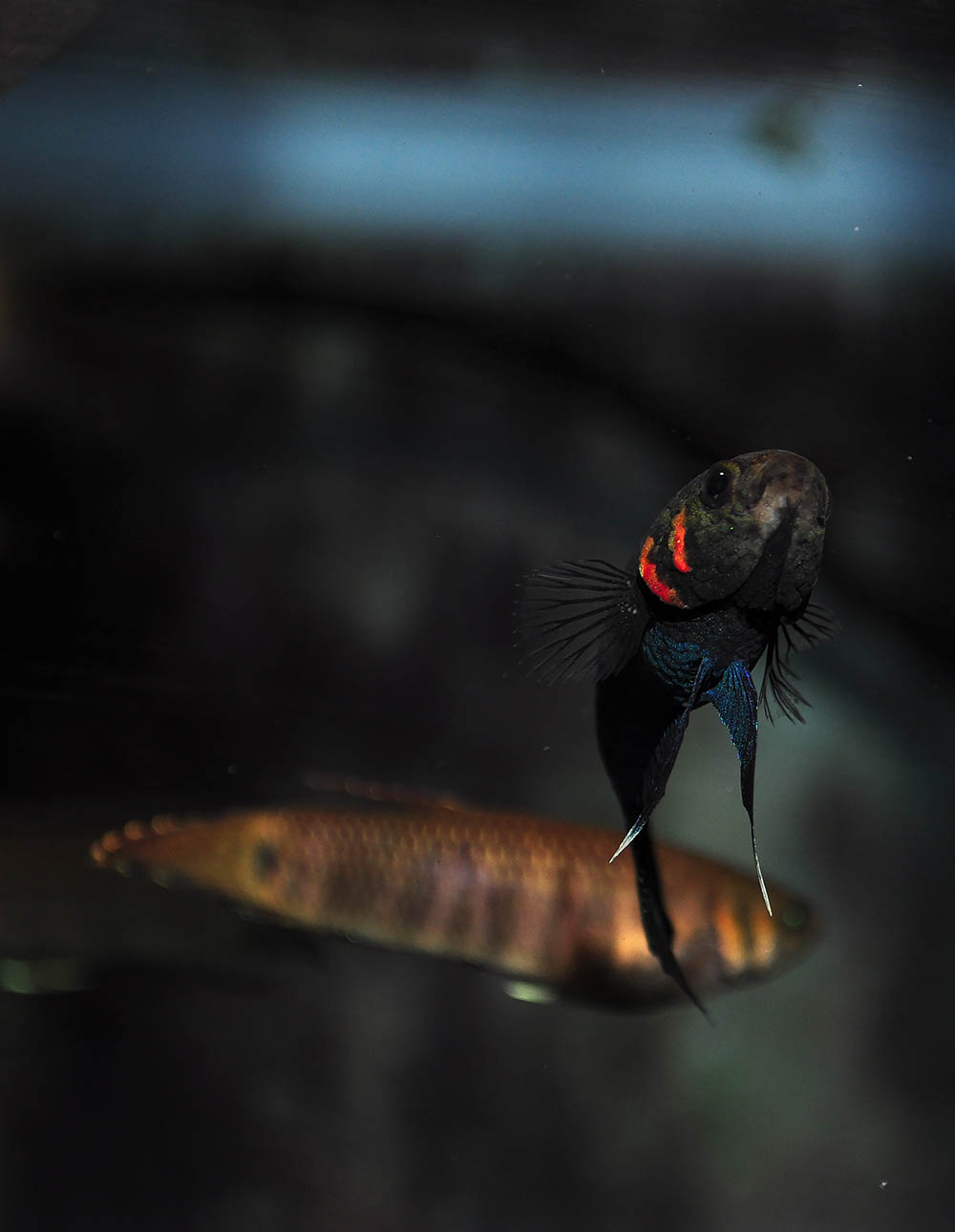 A male Betta foerschi investigates my camera, while a female lurks in the background. 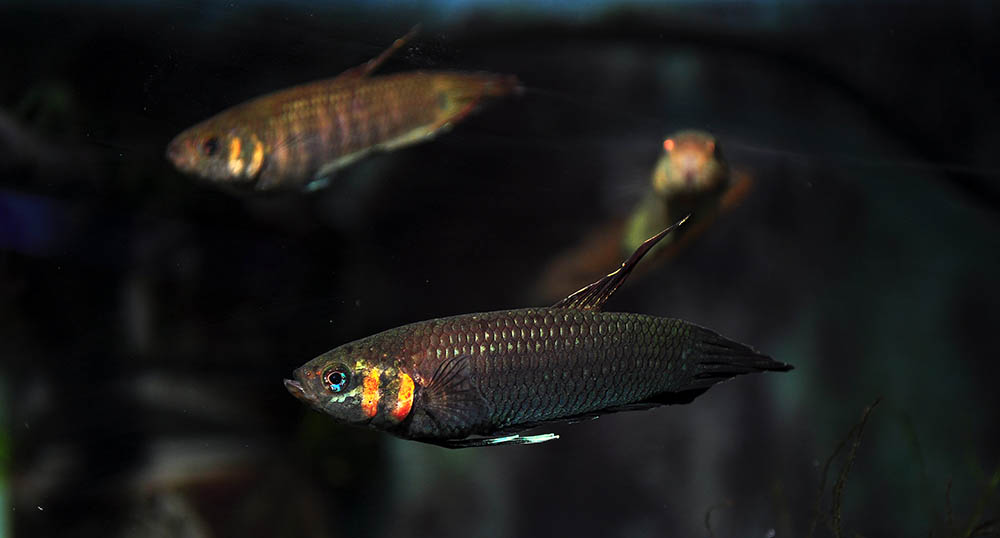 A male Ninja Betta in less “fired up” coloration, with females in the background.

Being native to soft, blackwater habitats in Indonesia and Malaysia, my own were in “straight-from-the-tap” soft water. In that regard, I cannot say I had any issues keeping Betta foerschi. At times I’d add an Indian Almond leaf or two to the tank to stain the water with tannins, but it didn’t seem to matter. 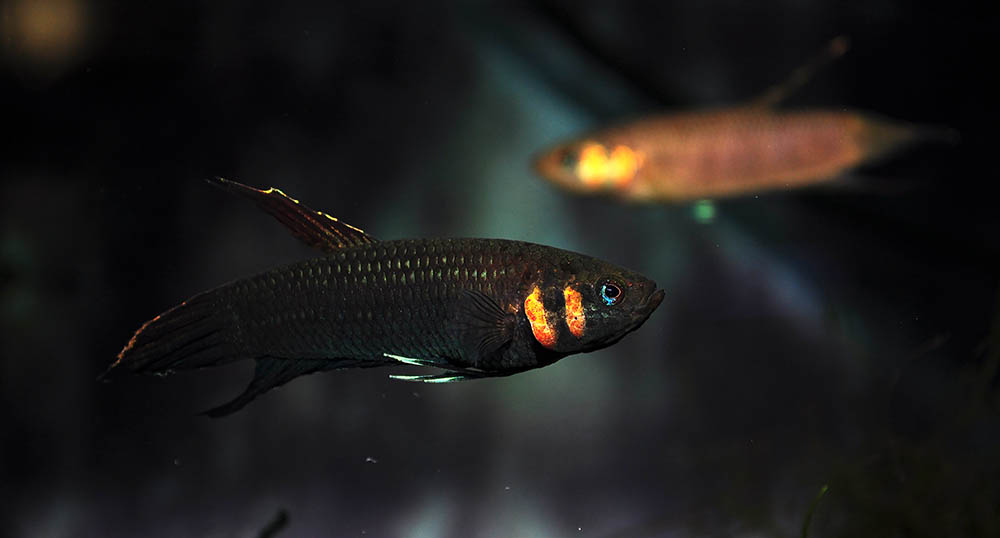 Another striking specimen of Betta foerschi.

Despite being well-fed and (I thought) well cared-for, I never saw a spawn out of these fish. They remained somewhat active for a wild betta, and were nice to have around. However, they were jumpers; I think most of them to jumped through the very smallest of openings within the first couple months. Once I realized what was going on, it was too late for most of them. After their escape route was sealed off, the couple that remained lived for about two years but never produced. 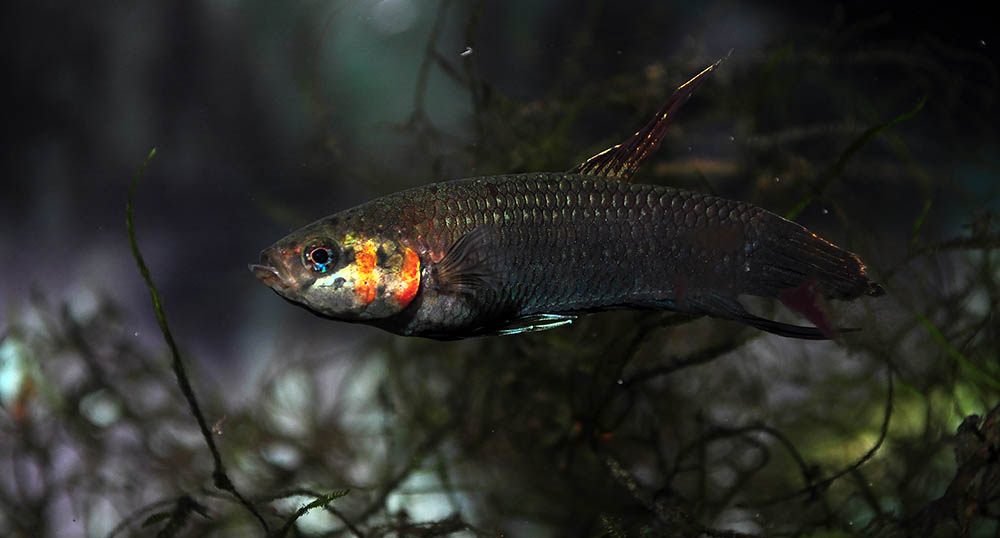 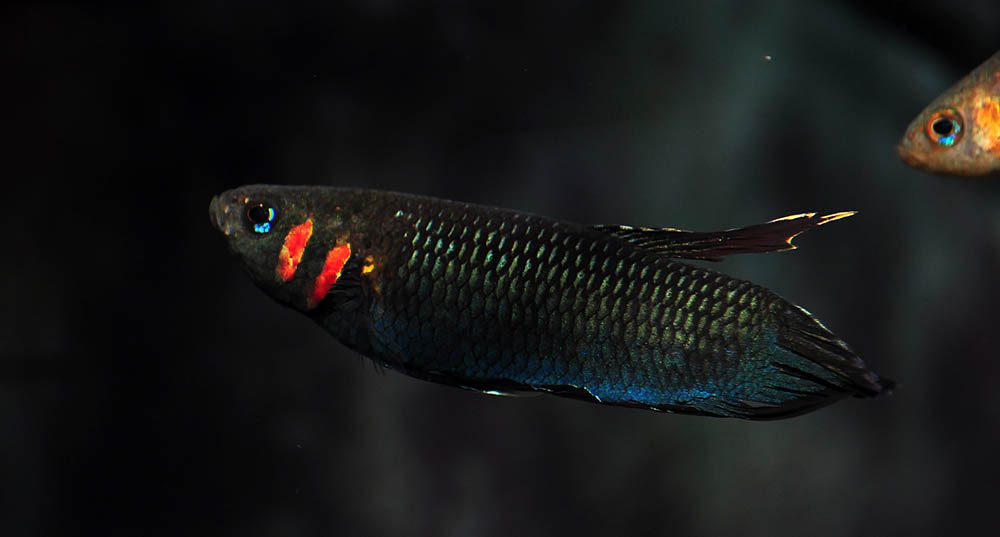 When really excited, and the light catches them just right, green and blue shimmers along the flank of the male Betta foerschi.

Betta foerschi is definitely a species I’d like to try again. They become available once in a while, and their stunning coloration makes them worth the purchase! So, be sure to watch out for the Ninja Betta, but be prepared before you purchase; try reading up on Betta foesrchi at the International Betta Congress’ website.

If you want to learn more about the wide range of wild betta species, including many of Betta foerschi‘s relatives, you might find this AMAZONAS back issues of interest: