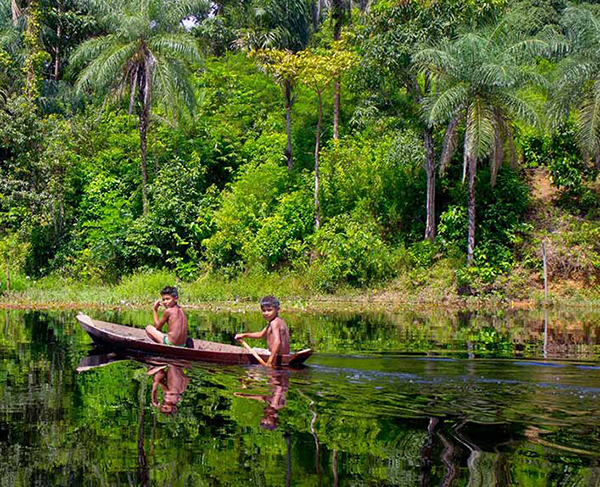 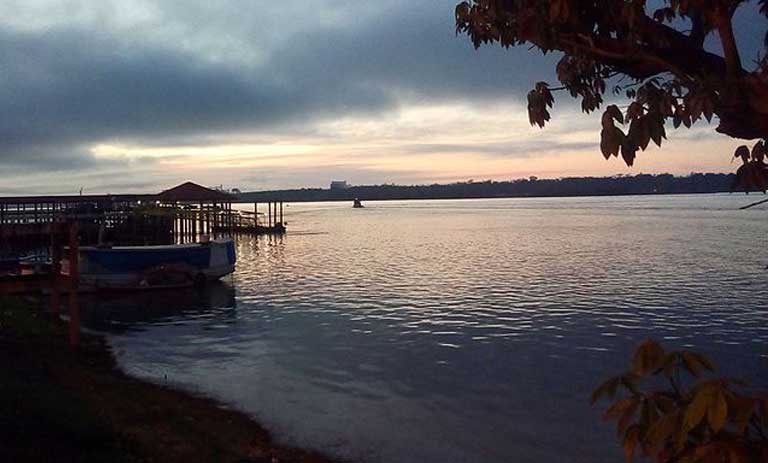 The Tapajós River flows undammed for hundreds of miles through the heart of the Amazon. Photo by Edinilson Barrozo Ramos licensed under the Creative Commons Attribution-Share Alike 4.0 International license

Brazil’s environmental agency, Ibama, has decided not to give an environmental license to the São Luiz do Tapajós hydroelectric dam, the first of a series of dams planned for the Tapajós river basin. The project’s rejection is seen as a significant victory by the Munduruku indigenous people — whose livelihoods and lands would have been impacted, and by environmentalists.

The decision took into consideration reports from the federal attorney’s office (Advocacia-Geral da União, AGU), the indigenous agency Funai and Ibama itself, all of which advised against authorization. The ruling now has to be endorsed by Suely Araujo, the president of Ibama. However, as she is a member of the licensing commission, which voted unanimously against authorization, she is expected to ratify the decision shortly.

While the decision was welcomed by environmentalists and indigenous groups, it is not being well received by others. Luiz Barreto, president of EPE, Brazil’s Energy Research Company, which draws up the country’s energy studies, told the Folha de S. Paulo newspaper (which broke the story on Wednesday) that the dam’s cancellation could increase energy costs: “To do without São Luiz do Tapajós necessarily implies finding other sources of supply, with different costs”.

The São Luiz do Tapajós dam was heavily opposed by the Munduruku Indians, who were alarmed by the impact of the Belo Monte dam on indigenous groups who live beside the Xingu river — the large Amazon tributary to the east of the Tapajós. They’ve lobbied vigorously and effectively against the Tapajós dam. Recently, international NGOs, including Greenpeace, rallied to their campaign. 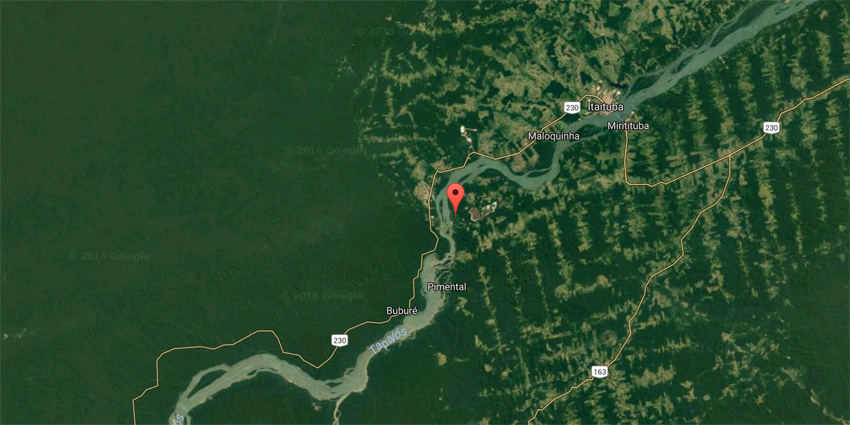 Google Earth image showing the site for the São Luiz do Tapajós dam.

The construction of São Luiz do Tapajós would have meant the flooding of Munduruku territory known as the Sawré Muybu, where some Indians live. According to the Brazilian constitution, such an action is not permitted. Brent Millikan, the Amazon program director from the NGO International Rivers, is clear on the topic: “Indigenous land can only be exploited in very unusual circumstances, and then only after approval by Congress”.

In the past, the federal government has argued that it was not required to give this protection to the 170,000 hectares (656 square miles) of Sawré Muybu land, as it was not formally recognized as indigenous territory.

However, a turning point occurred in April of this year when Funai finally published a long awaited initial report that recognized the Sawré Muybu lands as indigenous. This came after the Indians themselves, frustrated by extensive delays, had marked out their own land boundaries.

The federal government could overrule the constitution by resorting to special powers, created during the military dictatorship. Indeed, it used these powers to push through the construction of the Belo Monte dam, but experts say that it seems unlikely that the government will invoke that authority now, given the degree of strong organized opposition to the São Luiz do Tapajós dam.

The decision does not mean that the federal government has given up its development plans for the Tapajós river basin. It intends to build 43 “big” dams throughout the basin, of which ten are considered priority, to be completed by 2022.

At the same time, the transport ministry has developed plans to convert the Tapajós and its tributaries, the Teles Pires and the Juruna rivers, into industrial waterways to transport soybeans from Brazil’s interior — especially the state of Mato Grosso — to ports along the Amazon River, and then to the Atlantic Ocean for export.

The industrial waterways plan, known as the Tapajós Complex, is also likely to stir up controversy. It will only be viable if the series of dams is completed, including the Chacorão dam, which would flood 18,700 hectares (72 square miles) of Munduruku land.

While environmentalists and indigenous groups have reason to celebrate the São Luiz do Tapajós decision, the conflicts concerning the future of the Tapajós river basin are likely far from over. 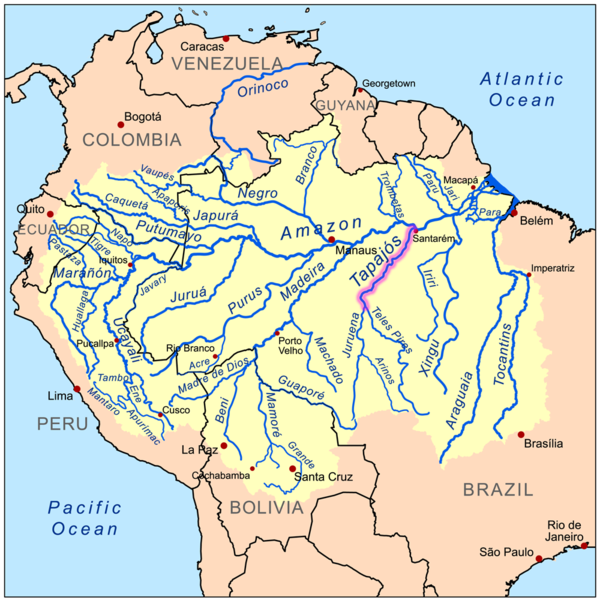 The São Luiz do Tapajós dam’s reservoir would have encompassed 72,225 hectares (278 square miles), part of it flooding Munduruku territory. Brazil still has plans to build 43 “big” dams in the Tapajós basin, to be completed by 2022. The Chacorão dam, if built, would flood 18,700 hectares (72 square miles) of Munduruku land. Map by Kmusser licensed under the Creative Commons Attribution-Share Alike 3.0 Unported license.

via MongaBay under Creative Commons License

View the original story at: https://news.mongabay.com/2016/08/environmental-licence-for-sao-luiz-do-tapajos-hydroelectric-dam-denied/