In Search of a Dory Substitute: ORA Aquacultured Damsels Coming 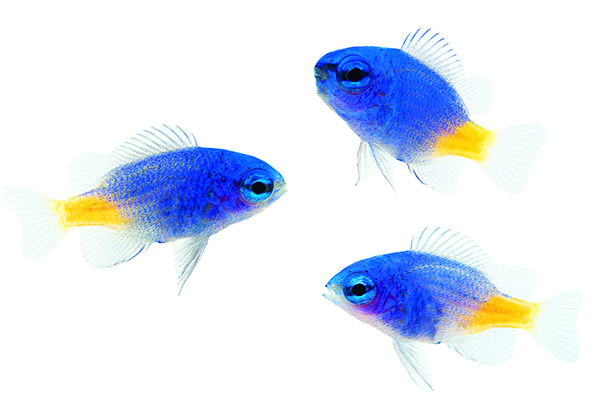 A new generation of young people will be exposed to the world of fishkeeping following the release of Disney’s Finding Dory. As much as we wish the captive rearing protocols existed for the Blue Regal Tang (Paracanthurus hepatus) there are none as of yet and that presents some challenges for the aquarium industry. 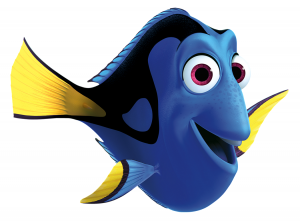 A lovable Disney character, Dory may drive demand for blue fish in beginners’ aquariums. The damsels are a far better choice for most home tanks.

At a Rising Tide Conservation meeting last year, we were tasked with raising a species of fish that could potentially substitute a Blue Regal Tang for the novice aquarist in search of a Dory. We at ORA (Oceans, Reefs and Aquariums in Ft. Pierce, Florida) took on this challenge, procured a dozen broodstock specimens of the Yellowtail Damselfish (Chrysiptera parasema) and tried our hand at raising them. It was nine months before we saw our first spawn and to date we only have a single pair spawning.

This species spawns on a cleaned surface in typical damselfish fashion.  The larvae were raised on copepods and Artemia and they settled at around 23 days of age. So far we have successfully raised three batches, consisting of about 60 fish total, from three small spawns of 100 eggs or less each. What we’ve seen so far has been encouraging and demonstrates that this species may be a candidate for large-scale aquaculture.  (This is not species first, as others have bred this fish, but it has not yet been commercially produced.)

Unfortunately, we won’t have Yellowtail Damselfish in any significant numbers to coincide with the release of Finding Dory, but we will continue to work with this species in hopes of offering a new aquacultured fish to the hobby and also promoting fishkeeping for a new generation of young people.