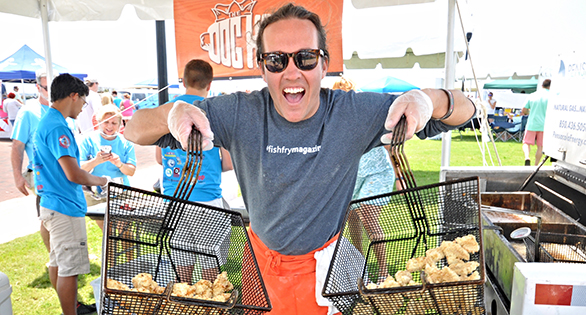 Festival Results from Pensacola: 5,978 lionfish removed for a total of 14,067 statewide (up almost 5-fold over last year’s total)

Pit the human race against a predator or pest, and Homo sapiens can be a lethal species to be reckoned with. Determined to erase the dangers wolves, bears, mountain lions, and rattlesnakes, early North American colonists within decades had removed most perceived animal threats from their settled areas. 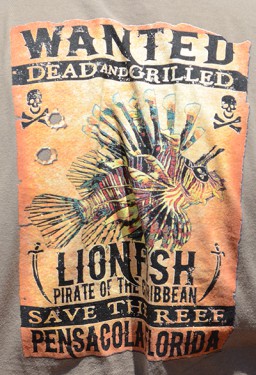 Still, conservation officials have been highly skeptical of the ability of humans to slow the dismaying proliferation of Pterois species lionfishes in the tropical and subtropical Western Atlantic and Caribbean. Now, Florida Fish and Wildlife Conservation organizers are witnessing success beyond all expectations as hunting, cooking, and eating the invasive Indo-Pacific scorpionfishes is becoming an unexpectedly popular social phenomenon.

Accoreding to the latest FWC announcement, “A whopping 8,089 lionfish were removed off Pensacola, and a Gulf size record broken, during second Lionfish Day in 2016.” 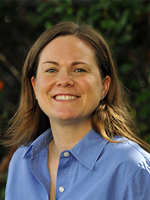 “Successful is too small of a word to describe the second annual Lionfish Removal and Awareness Day Festival May 14-15. In Pensacola alone, 8,089 lionfish were removed in only two days at the Gulf Coast Lionfish Coalition Tournament. More than 7,000 people (more than double last years numbers) attended the Florida Fish and Wildlife Conservation Commission (FWC) festival, where visitors got to taste lionfish, see filet demonstrations, check out art and conservation booths and much more.

And if that weren’t enough, Charles Meyling of Montgomery broke the state record for longest lionfish caught in Gulf waters when he brought in a 445 millimeter lionfish (previous record was 438 millimeters).

Lionfish Removal and Awareness Day (first Saturday after Mothers Day) was created by FWC Commissioners to raise awareness about lionfish nonnative, invasive species that have a potential negative impact on native species and habitat.

The FWC thanks all of the sponsors and organizations across the state that helped make this day possible.

Want to help remove lionfish? Participate in the 2016 Lionfish Challenge or the Panhandle Pilot Program. Remove lionfish and get rewarded. Visit MyFWC.com/Lionfish for more.

Remember, lionfish and other exotic pets that can no longer be cared for should never be released into Florida waters or lands. To learn more about where to surrender an exotic pet for adoption, visit MyFWC.com/WildlifeHabitats and click on Nonnative Species and Exotic Pet Amnesty Program. 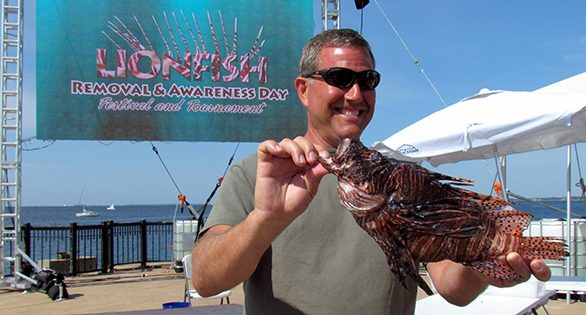