The May/June 2016 Issue of CORAL Magazine is printed and now delivering to subscribers, local aquarium shops and select bookstores. On sale date: May 3, 2016 at the best marine aquarium retail stores and leading Barnes & Noble stores everywhere.

Readers of the Digital Edition can log in now:  CORAL DIGITAL EDITION

Paid subscribers can log in with their email addresses for instant access. The CORAL Digital version is available for desktop and laptop computers, as well as smartphones, tablets and Kindle readers. To gain access to the current issue and a deep archive of back issues, become a subscriber by following this link: 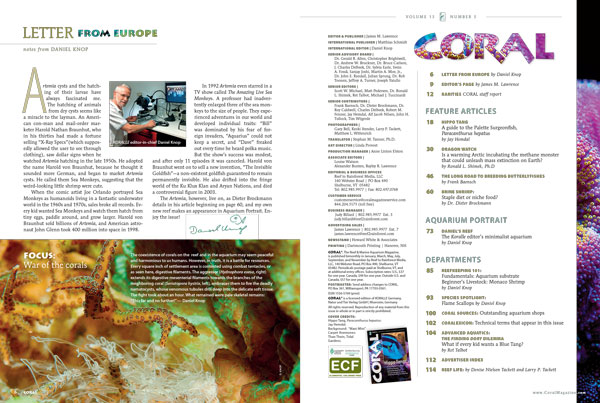 International Editor Daniel Knop introduces a new Artemia (Brine Shrimp) Guide, and our table of contents highlights the other features of the newest issue of CORAL Magazine. 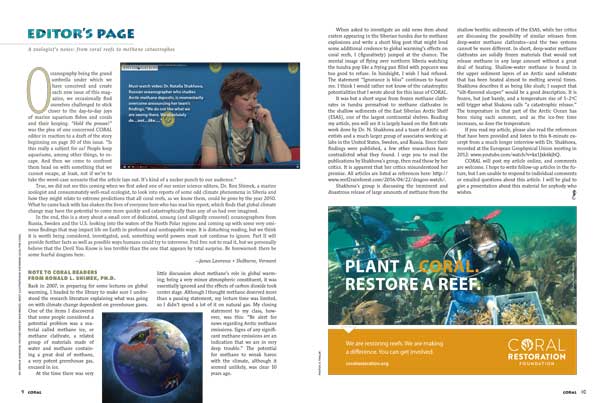 “We did not see this coming when we first asked senior science editor Dr. Ron Shimek…to look into reports of some odd climate phenomena in Siberia and how they might relate to extreme predictions that all coral reefs…could be gone by 2050. What he came back with has shaken the lives of everyone here who has read his report.” – Editor James M. Lawrence, introducing the profound series “Dragon Watch” which starts in this issue of CORAL Magazine. 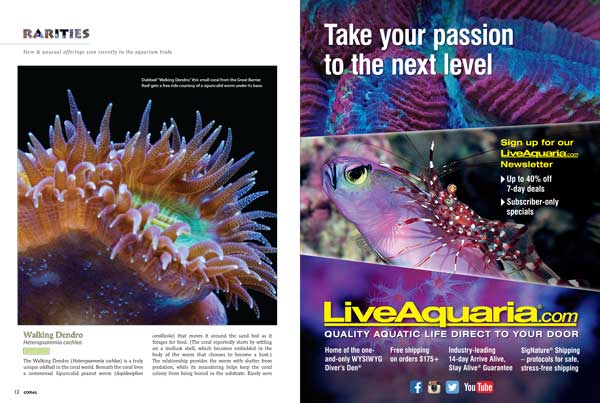 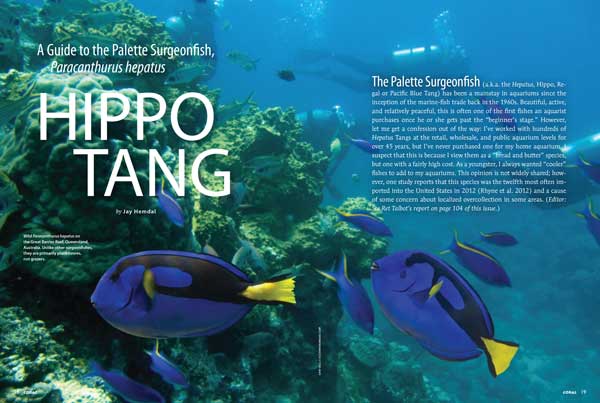 “The Palette Surgeonfish has been a mainstay in aquariums since the inception of the marine-fish trade back in the 1960s.” Learn more about the Regal or Blue Tang, Paracanthurus hepatus, in this comprehensive review from public aquarist Jay Hemdal. 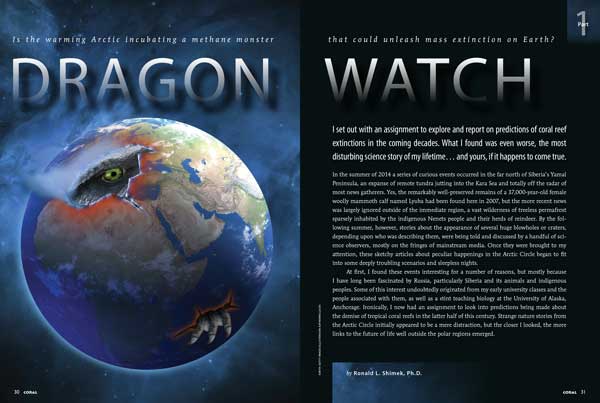 “I set out with an assignment to explore and report on predictions of coral reef extinctions in the coming decades,” writes Dr. Ron Shimek. “What I found was even worse, the most disturbing science story of my lifetime…and yours, if it happens to come true.” Find out what has us all shaken to the core in “Dragon Watch, Part I.” 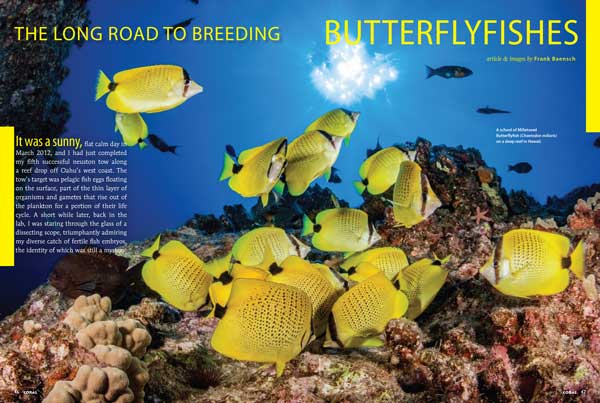 “Every group of captive-bred marine fish was difficult to breed at one time, even the first clownfish. This research sheds some light on the various culture bottlenecks of another really valuable group of fishes [Butterflyfishes] and brings us one stop closer to making their aquaculture a reality.” Learn more about the world’s first captive-bred Chaetodontids in “The Long Road To Breeding Butterflyfishes,” by Frank Baensch. 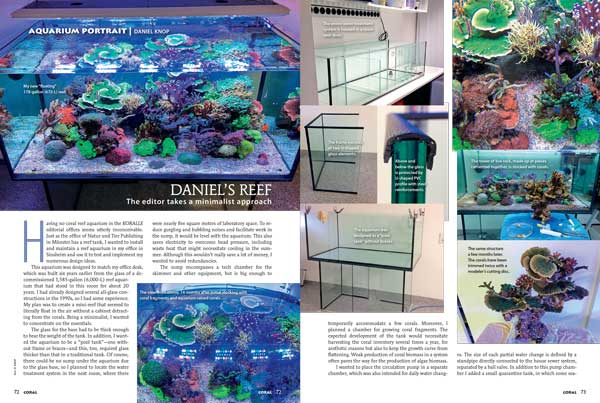 Although we’ve featured it twice online: “Daniel’s Reef,” the Koralle editor’s office aquarium, is finally revealed in the pages of the magazine. It is still a work-in-progress, but with a fascinating minimalist/modular aquascaping approach revealed in this Aquarium Portrait tell-all! 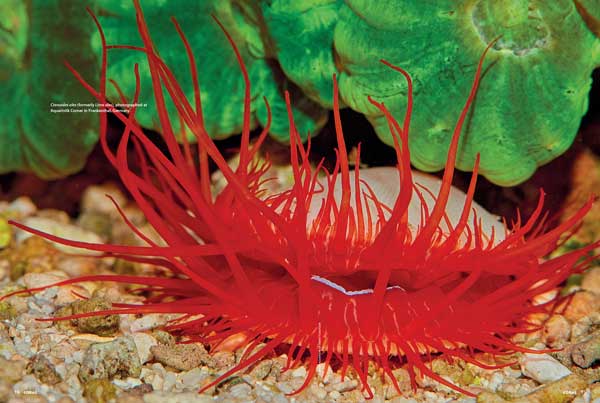 CORAL Magaazine’s species spotlight shines on a group of file clams collectively known as the Flame Scallops. There are so many more species than you ever thought, but they can be very difficult to maintain in a mixed coral reef aquarium. Read to find out why. 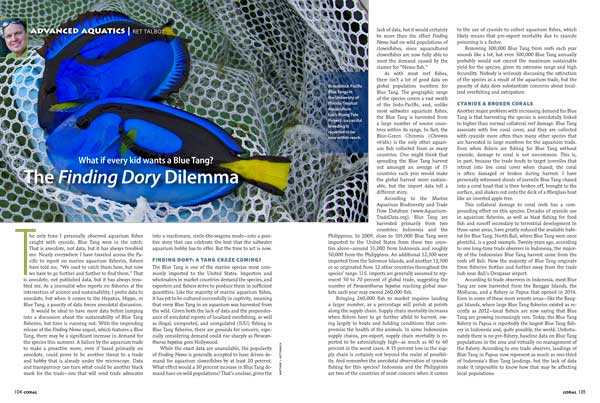 With the release of the new movie Finding Dory just around the corner, Ret Talbot asks the question, “What if every kid wants a Blue Tang?” Talbot looks at the present status and future outlook for Paracanthurus hepatus in “The Finding Dory Dilemma.”