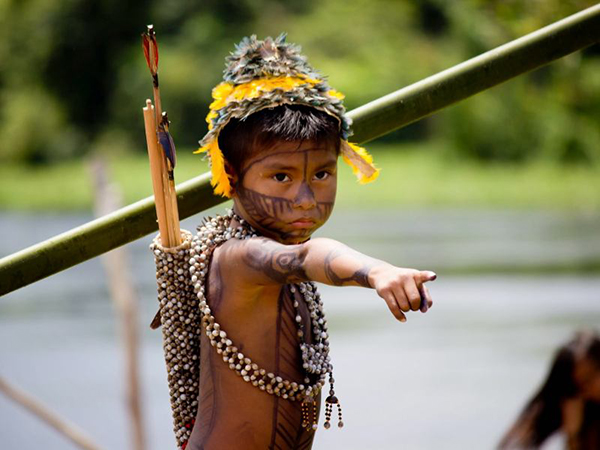 Brasilia, Brazil: In a surprising move, IBAMA, the administrative arm of the Brazilian Ministry of the Environment, suspended the environmental licensing process of the controversial São Luiz do Tapajós Dam in the Brazilian Amazon on April 20, 2016.

The move came just one day after the federal agency for indigenous affairs in Brazil, FUNAI, published a technical report confirming that a 178,000-hectare territory along the Tapajós River, known as “Sawre Muybu,” should be demarcated and protected as traditional lands of the indigenous Munduruku people, in accordance with the Brazilian constitution.

The news marks a rapid about-face for the government, which has strongly pushed for the hydroelectric dam and repeatedly violated the Munduruku’s human rights. São Luiz do Tapajós is largest of a suite of projects that represent the most forceful dam-building incursion into the Amazon yet. Together, the dams would flood 198,400 hectares of land along the Tapajós, including large portions of the Amazonia and Juruena National Parks and the Itaituba National Forests.

Critics of the massive project cheered a victory, but veteran observers of Brazilian politics predicted that the delay is vulnerable to reversals, that the forces investing in excess of $8 Billion in the dam and powerful gold mining interests would not be fazed by a temporary setback. 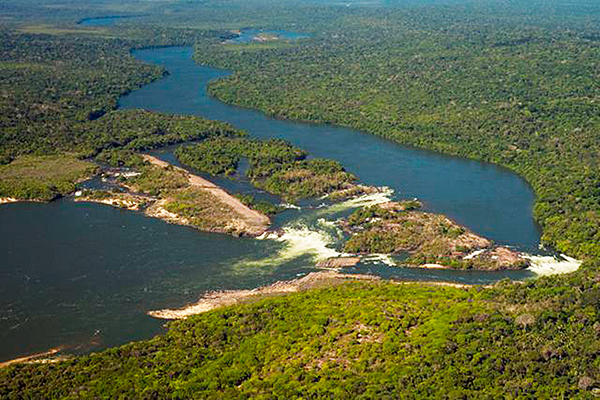 Background Facts
• Rio Tapajós is one of the three largest clearwater tributaries flowing into the Amazon River, the other two being the Xingu and Rio Tocantins. Unlike the classic blackwater streams and rivers of South America, the clearwater waters have low dissolved solids, mild acidity (approx pH 6.5), great clarity with a greenish tinge.
• It was named for the Tapajós tribe of native peoples, now believed extinct. The remaining population of indigenous people living in the Tapajos watershed are the Munduruku, who are estimated by Amazon Watch to number 13,500 men, women and children whose lives are tied to the river ecosystem.
• There are an estimated 65 endemic fish species known from the Tapajos, although biologists believe that many species remain undiscovered that that the total species diversity may be more than 500 distinct fishes.
• After the loss of an epic battle over the Belo Monte project on the Xingu River (the huge dam started operations in early 2016), the Tapajos is expected to become the primary focal point of forces opposed to damming the rivers of Amazonia.  According to The Washington Post: 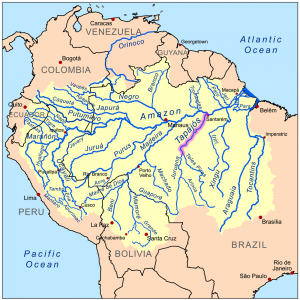 “The São Luiz do Tapajós dam, at nearly five miles wide, would block one of the last major unobstructed tributaries in the Amazon and flood thousands of square miles in the process. It’s the largest of five dams currently planned for the Tapajós river, according to Greenpeace, and one of about 200 proposed hydropower projects proposed throughout the Amazon basin.

“Hydropower is particularly favored by Brazil, where hydroelectric plants account for about 80 percent of the electricity generated in the country. But while hydropower is certainly a low carbon form of energy, scientists and activists are growing increasingly concerned about its other environmental impacts.

“Recent research has suggested that damming is responsible for a myriad of detrimental effects in the Amazon basin, threatening water quality, degrading habitat for wildlife and drawing more humans into remote regions, which can indirectly drive activities like mining and deforestation. This is a major problem both for the natural environment and for the indigenous populations who live in the affected areas.”

Critics of mega hydroelectric projects in the Amazon equate them with extinction plans for native tribes, as well as the endemic fishes of areas to be drained or flooded.

The Brazilian government, influenced by the powerful dam and gold mining industries, has until now strongly resisted demarcating Sawre Muybu. This led the Munduruku, who have been waging a battle against the São Luiz do Tapajós Dam for years, to initiate a process of “self-demarcation” of their territory in 2014.

Brent Millikan, Amazon Program Director at International Rivers, said that “International Rivers welcomes this decision as an important breakthrough for the protection of rivers and indigenous rights in the Amazon. Even though the fight isn’t over, this is an important victory, especially for the Munduruku people and their allies, and for democracy in Brazil. Demarcation is the first step in giving the Munduruku control over their ancestral lands and stopping this unnecessary project, which is riddled with corruption.”

Pro-dam officials have proposed moving the native peoples to other locations.  However, Amazon Watch says: “The removal of indigenous peoples is prohibited by Article 231 of the Brazilian Constitution. In the project’s defense, the government argues that since Sawré Muybu was never officially demarcated it cannot be recognized as Munduruku land – provoking the wrath of warriors and village chiefs all across the Tapajós basin.

These dams would have significant impacts on indigenous lands and communities throughout the Amazon, including the Munduruku, Apiaká de Pimental, Akaybãe, Remédio, Sai Cinza, São Martinho and Boca do Igarapé Pacu. They would also degrade critical ecosystems, decimate local fisheries, and release large amounts of methane, a potent greenhouse gas.

Harvey, Chelsea. “This will be the next battle over saving the Amazon.”  The Washington Post, April 15, 2016 https://www.washingtonpost.com/news/energy-environment/wp/2016/04/15/this-will-be-the-next-battle-over-saving-the-amazon/