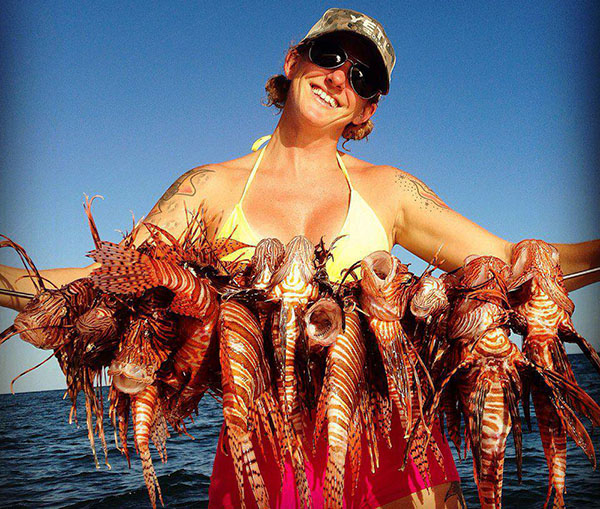 In ramping up efforts to remove invasive Pterois sp. lionfishes from state waters, the Florida Fish and Wildlife Conservation Commission (FWC) is upping the ante for the coming warm months when divers and snorkelers will be most active.

The person who “checks in” the most lionfish between the Lionfish Removal and Awareness Day kick-off and the end of September will be crowned Florida’s Lionfish King or Queen and will receive a lifetime saltwater fishing license, have his or her photograph featured on the cover of the FWC’s January 2017 saltwater regulations publication, be featured on MyFWC.com’s Lionfish Hall of Fame, and be recognized at the November 2016 Commission meeting.

To qualify in the statewide program, participants must remove 50 or more lionfish between Lionfish Removal and Awareness Day (May 14, 2016) and the end of September. Qualified participants will receive a commemorative coin to mark their membership and an event T-shirt; be featured in the FWC Lionfish Hall of Fame on the MyFWC.com website; be entered in drawings to win prizes including fishing licenses, lionfish harvesting equipment, fuel cards and dive tank refills; and, if qualified before the relevant fishing seasons start, they will have the opportunity to take an additional spiny lobster per day during the 2016 mini-season (July 27-28). 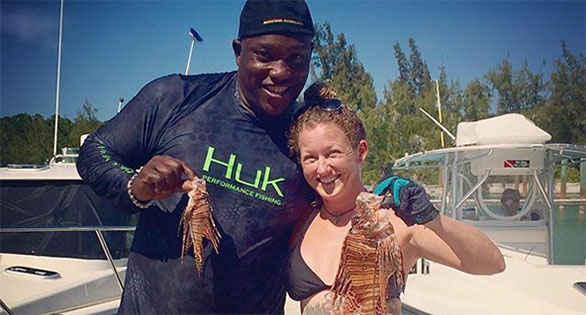 FWC will also consider allowing the opportunity to harvest an additional bag limit per day of bay scallops during Labor Day weekend (Sept. 3-5, 2016), where population can support harvest.

Qualifying lionfish must be counted via an FWC approved process such as a sponsored tournament or a check-in location. These locations will be listed online at MyFWC.com/Lionfish. All other fishing regulations still apply.

Sources
From materials released by the FWC:  http://myfwc.com/lionfish