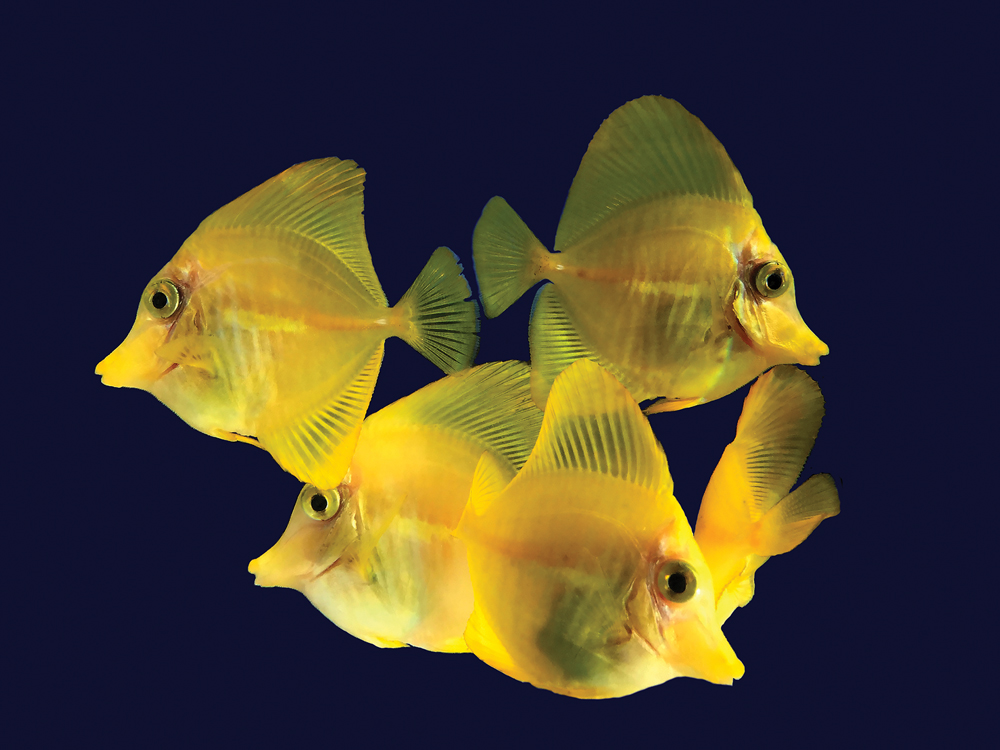 An aquarium milestone:
Aquacultured Yellow Tangs come to market for the first time

Among the pampered celebrities landing discreetly out of public view at LAX in the first week of March will be a Styrofoam-packed shoal of 300 to 400 terrified youngsters traveling under the name of Zebrasoma flavescens—the world’s first captive-bred Yellow Tangs to reach commercial size and the aquarium trade.

“Quality Marine has the honor of assisting in bringing these to market,” says Eli Fleishauer in breaking the news. “These are the first-ever fully aquacultured Yellow Tangs to become available as a result of tremendous breakthroughs and collaboration between Hawaii’s Oceanic Institute and the Rising Tide initiative.” 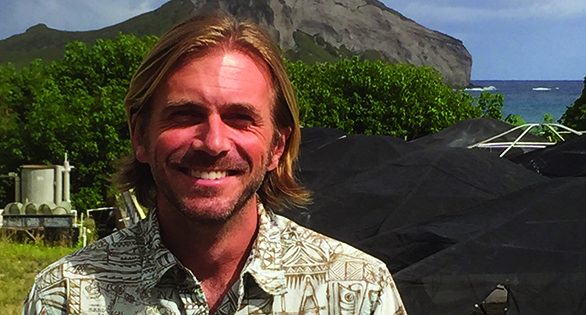 Chad Callan, Ph.D., director of the finfish breeding programs at the non-profit Ocean Institute at Hawaii Pacific University, says that much is being learned as these first YT make their way into the trade. “Quality Marine and Segrest Farms will be the initial distributers. Each will get about 300 fish from this first batch. It’s possible there may be a second shipment in a few months of fish that are still too small, perhaps another 100 to each. The rest will remain at OI for future broodstock.”

Hobbyists should not get their hopes up about acquiring one of the first CB Yellow Tangs, as most of the first shipments are already destined for public aquarium exhibits. Even these are not likely to appear immediately, says QM’s Fleishauer, as they will be held for conditioning, while some will be grown to larger sizes.

“Aquaculturing any marine fish is a daunting task, and surgeonfishes of all sorts have proven to be a tremendous challenge due the extended larval pelagic periods during which they are especially difficult to feed and house,” says Fleishauer. “The successful rearing of these fish is an incredible milestone to pass, and its promise for the future aquaculture of this and other species is incredibly encouraging. This promise is what makes it extremely important that we continue to support Rising Tide.

“While these fish are going to be more expensive than Yellow Tangs harvested from the wild, that increased cost will help support the Rising Tide Initiative going forward and their ongoing efforts to aquaculture these and other captive-bred surgeonfishes.” 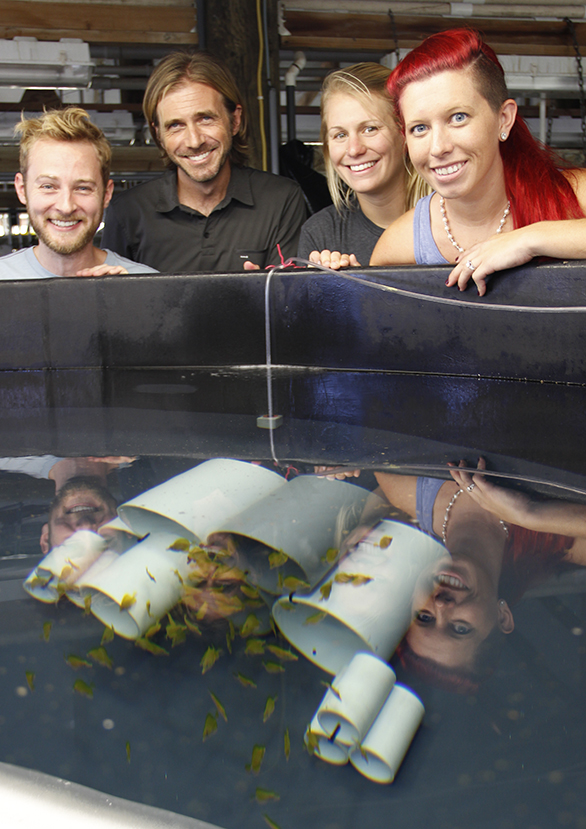 According to Chad Callan, his crew at OI is taking some justifiable pride in the vitality of this first graduating class of Zebrasoma flavescens, bred from Hawaiian broodstock: “The fish are currently eating common aquarium diets—pellets, flakes, frozen feeds, gel diets, and dried algae. We spoil them!”

It is estimated that the price tag on the early aquacultured tangs may be double that of wild specimens. Says Callan: “We are pleased to partner with Quality Marine and Segrest Farms, and consumers can be assured that all proceeds from these sales will directly support the research necessary to further refine this technology and apply it to other surgeonfish species.

“Although this initial supply will be quite limited, we hope that as our research continues we will be able to provide more. Ultimately, our goal is that commercial suppliers will adopt this technology and provide significant numbers of captive-bred tangs to the industry.”

A fresh breeding run may be starting soon, but Callan says that future supplies are not a certainty.

“I think it’s important to stress there are no guarantees…. This could be it for a long time, unless we get the support to carry on our research. And even then, we don’t know what to expect for numbers out the other side. There is so much still to learn!”
—Staff report

MARCH 8th UPDATE: The first graduating class of Zebrasoma flavescens have arrived at in the mainland United States and are in quarantine at Quality Marine, Los Angeles, and Segrest Farms, Florida.