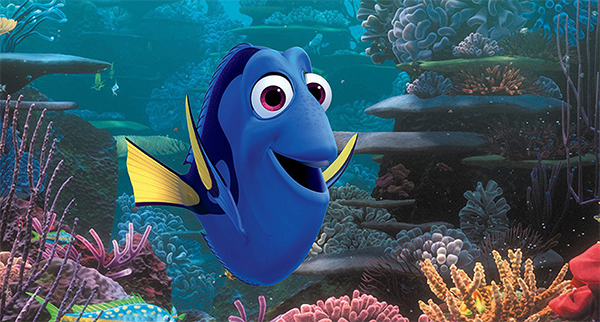 Dory, an animated Pixar/Disney Paracanthurus hepatus, is the star of a forthcoming film appearing in mid-June 2016. Image © Disney/Pixar.

Will a lovable cartoon tang trigger problems for a marine species—and the aquarium trade itself?

In my reporting across the Pacific for CORAL Magazine, there is one species of fish that fishers have consistently told me is being overfished: “We used to catch them here, but now we have to go farther to find them.” There is one species that is often so in demand by market countries that I’ve seen entire orders hinge on whether or not the exporter could provide enough of them. Unfortunately, this same species is often the topic of “help me” posts in online forums, where novice aquarists report this fish becoming “sick” and, too often, dying.

Localized overfishing, strong market demand, and a relatively high mortality rate, especially in the hands of novice aquarists, is not a good recipe for putting the marine aquarium trade and hobby’s best foot forward. Yet this situation describes a species that some trade observers believe will increase in popularity in the coming months and provide a new narrative for anti-trade activists and environmental NGOs to target the trade and hobby.

A relatively small number of aquarists are viewing with growing concern the current publicity wave for the upcoming Disney/Pixar movie, which is titled “Finding Dory” and which features this fish: a Blue or Hippo Tang (Paracanthurus hepatus). 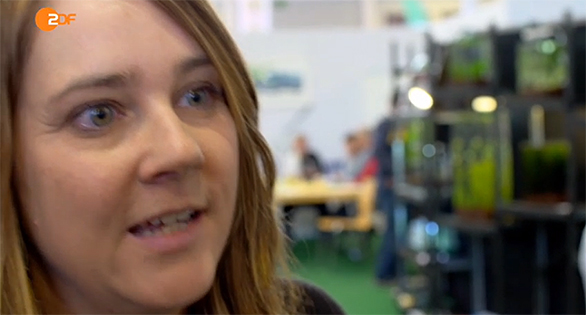 In Nemo’s Wake
When “Finding Nemo” came out in 2003, it was a boon for for the aquarium trade. In the wake of the movie, Ocellaris and Percula Clownfishes at public aquaria and the local fish store all became “nemo-fish,” and it’s generally estimated that sales in clownfishes increased by at least 30 percent. While some (notably SAIA in Europe) have expressed concerns about the effects of the aquarium hobby on wild clownfish populations, the fact that so many aquarium clownfishes are now aquacultured has generally made even anti-trade activists who hope to end the wild harvest of aquarium fishes recommend a captive-bred clownfish to novice aquarists.

In many ways, some of the most popular clownfish species are indeed fantastic pet fish. They are, for example, readily available as aquacultured specimens, they remain small enough for the average home aquarium, and they generally are considered easy-to-keep. The Blue Tang, however, is the opposite. Originating only from wild reefs, growing too large for the average home aquarium, and prone to a variety of health issues, Paracanthurus hepatus is nowhere close to the ideal aquarium fish that Nemo has turned out to be. And yet the Blue Tang is amongst the most-imported marine aquarium fish.

While some aquarium trade advocacy groups have attempted to educate aquarists, the situation with the Blue Tang hinges on the fact that many of the people who will help drive the projected increase in sales of Blue Tang following the movie will have never been reached by these campaigns. 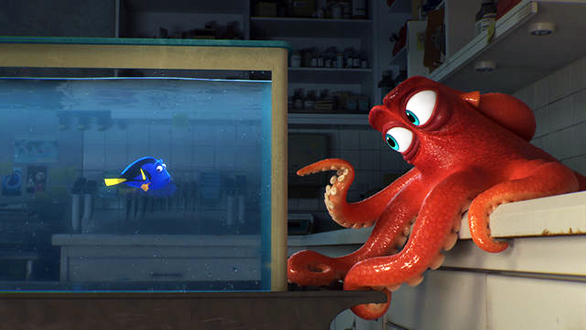 A scene from “Finding Dory,” with a message that marine life in aquariums should be released.

All Wild, Despite What Disney Says
With Disney/Pixar unresponsive to numerous efforts to engage in the issue before the movie launches, the real hope to averting a potential crisis for the hobby and trade now lands squarely at the point-of-sale. Contrary to the facts presented in the movie, Hippo or Blue Tangs are not being bred in captivity. All animals now sold have been collected from the wild, primarily in Indonesia and the Philippines.

Advancements in aquaculture technology are exciting, and we’ve seen some promising reports concerning the efforts to culture Blue Tang, but we should be clear: Commercial scale aquaculture of Blue Tangs will not be available in time to absorb increased demand for the species. Every “dory-fish” purchased at a big box pet store, local fish store, or online will be harvested from a reef in a data-deficient fishery about which there are significant anecdotal concerns.

So it will, I believe, come down to the point of sale. It will require a campaign at the retail level to push novice aquarists away from “buying a Dory”—unless they are also buying—at minimum—a 6-foot (2-meter)-long aquarium.

The marine aquarium trade as a whole has yet to demonstrate a trade-wide ability to respond to concerns by self-limiting. In part, that is one reason the Banggai cardinalfish was recently listed under the Endangered Species Act. Here is an opportunity to put both trade’s and hobby’s best foot forward. Here is a chance to act proactively. Here is an opening for aquarists and trade leaders to look at the data and demonstrate that the trade and the hobby are truly concerned about the conservation of reefs replicated in land-locked living rooms across the country.

How will we respond?