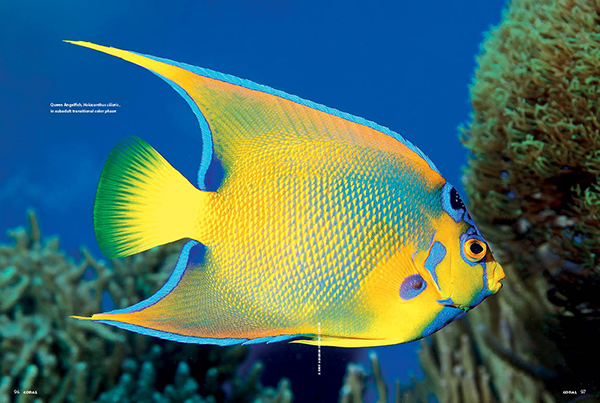 Once in a great while something slips by in the CORAL Magazine editing process. Generally, the shortfall is simply that the error didn’t fall under the right editor’s eyes before going to print.

Such is the case with two images included on page 98 of the March/April 2016 issue of CORAL, in Daniel Knop’s Species Spotlight Profile for the Queen Angelfish, Holacanthus ciliaris.

Two of these fish are, in fact, the Blue Angelfish, Holacanthus bermudensis. Before we tell you which ones they are, can you tell just by looking? 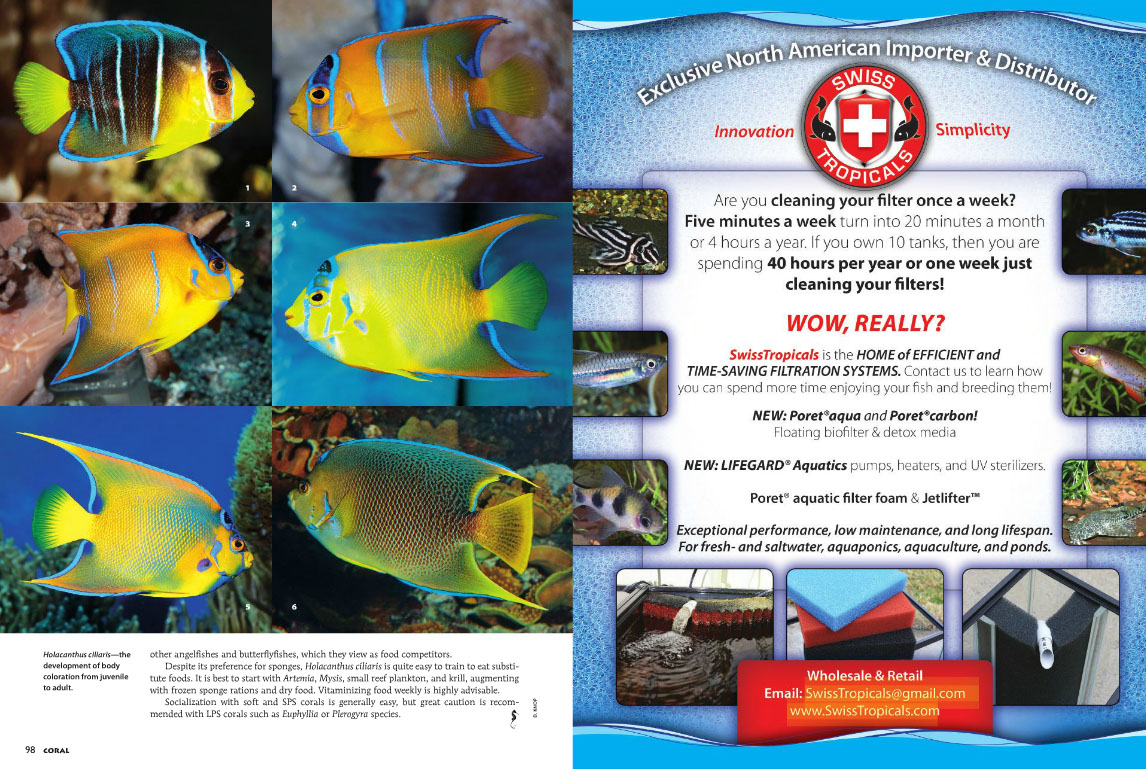 Unfortunately, two Blue Angelfishes, Holacanthus bermudensis, images 1 and 6 in this series, snuck by misidentified as the Queen Angelfish, Holacanthus ciliaris.

In the first image, #1 in the cluster of images on page 98, a juvenile Blue Angelfish, Holacanthus bermudensis is shown, instead of a juvenile Queen Angelfish, H. ciliaris. 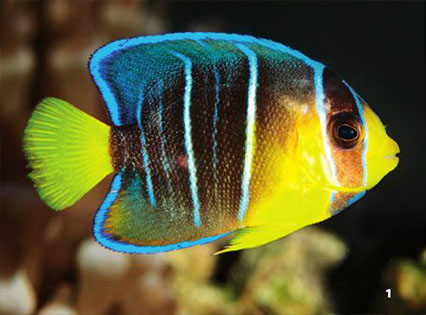 While included in our photo series of Queen Angelfishes, this is in fact a juvenile Blue Angelfish.

Juvenile Queen and Blue Angelfishes are surprisingly similar in coloration.  A juvenile Blue Angelfish can be reasonably identified by the center stripe being more or less straight. 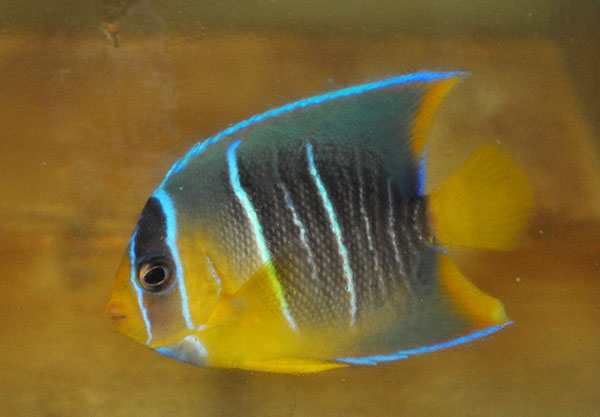 Meanwhile, juvenile Queen Angelfish have a center stripe that is decidedly curved. Coloration also could be described as more vibrant or more high contrast. 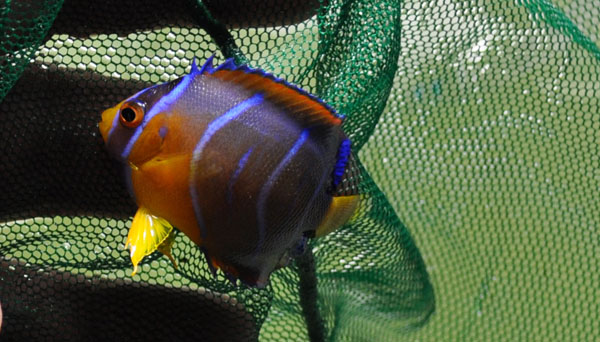 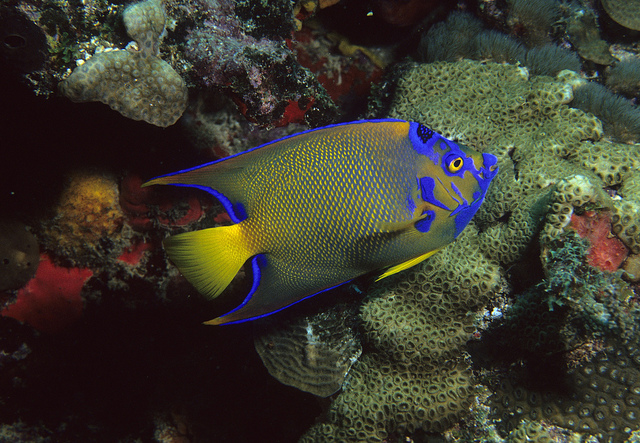 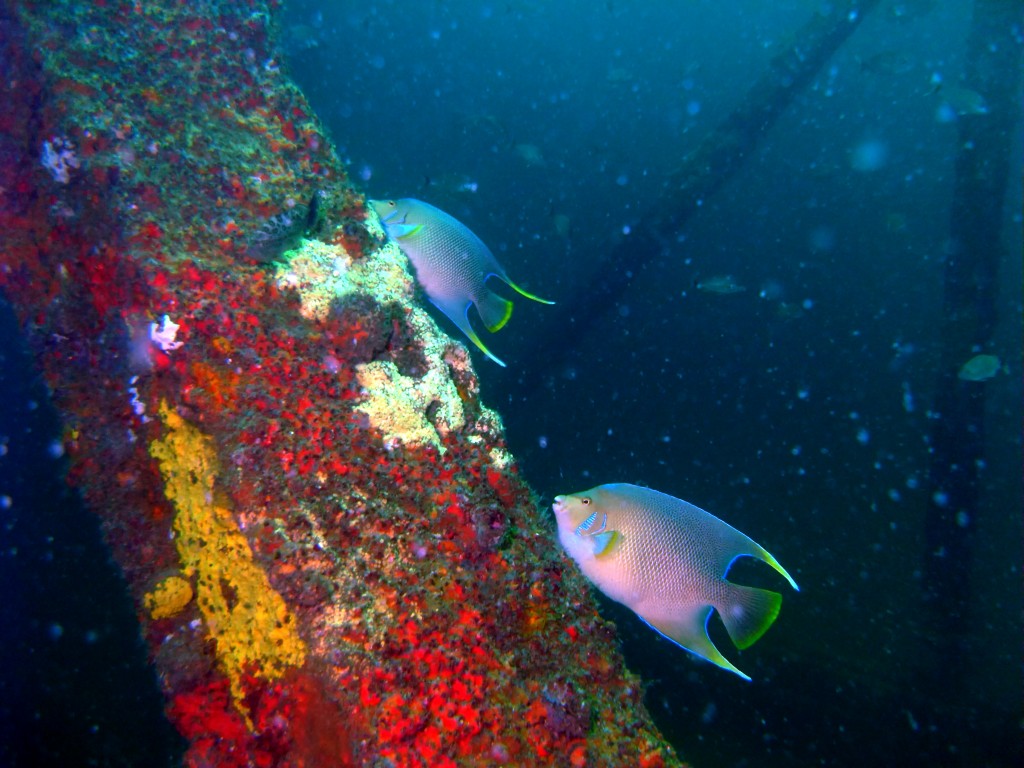 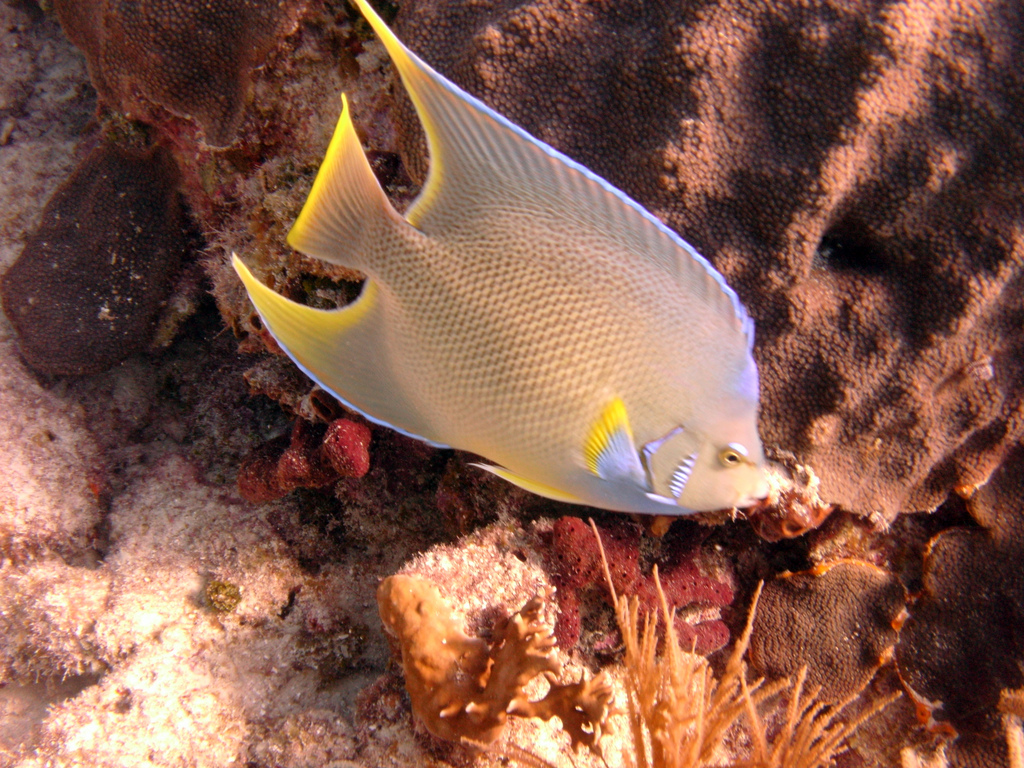 Another look at the Blue Angelfish, showing how they can still show a “blue crown” of sorts on the nape, but overall clearly illustrating the immediate coloration differences that distinguish it from the Queen Angelfish. Image by Flickr user amanderson2 | CC BY 2.0 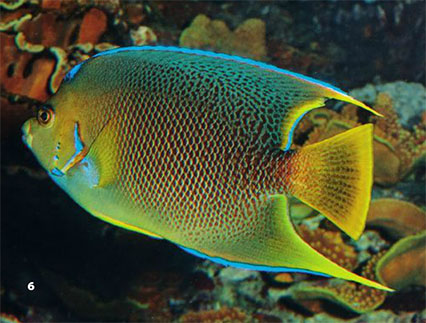 This image was included in our print issue as a Queen, but is not. While a few might say “well, could this be a hybrid”, we believe this is actually a mid-sized adult Blue Angelfish; note the pectoral fins are not quite yet mostly blue, and the body coloration is still filling in over the juvenile’s solid white tail. We may never know with certainty, but what we can say with authority is that this isn’t a representative example of a pure Queen Angelfish.

How Confusion Creeps In

Given these overlapping ranges and habitats, it is fairly common to encounter the hybrid between the Queen and Blue Angelfish, which for a time was referred to as Holacanthus townsendi, Townsend’s Angelfish.  This somewhat routine hybrid only ads to to the confusion when trying to figure out which species you’re looking at.  The image shown below was simply labeled as being two Blue Angelfish feeding…but take a closer look… 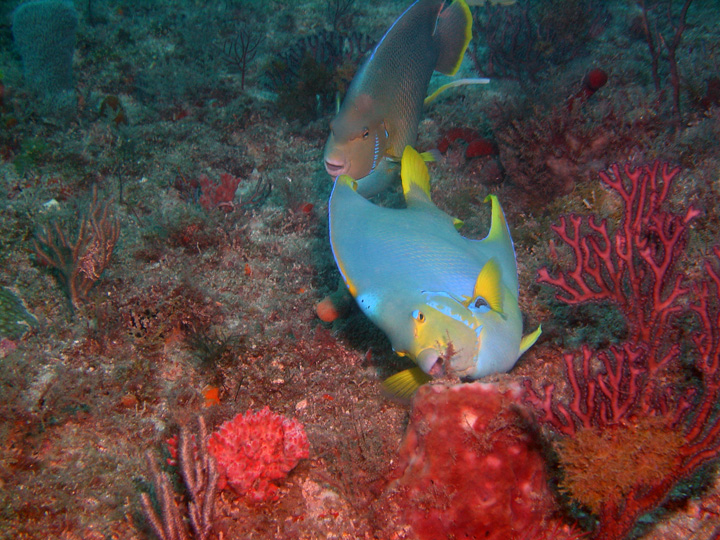 Clearly, it takes a bit of knowledge and a close eye for detail to catch the differences at play within this pair of species..and their hybrid love children. Further notes on this species complex will appear in the May/June issue of CORAL.