The Essential Aquarium, aka #HemdalTip 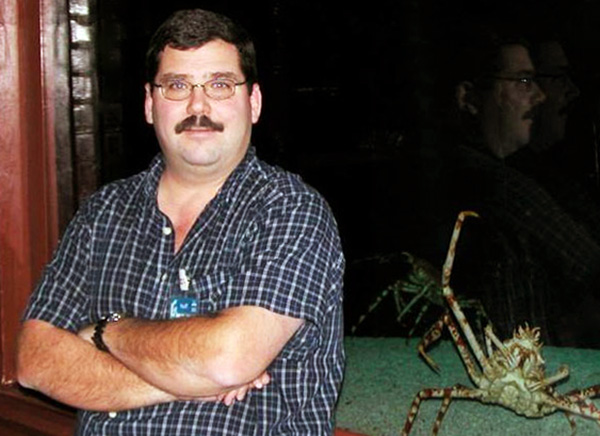 Jay F. Hemdal is curator of fishes at a large U.S. zoo aquarium and is actively involved in the AZA (Association of Zoos and Aquariums). He is the author of numerous magazine articles and books for aquarists and a CORAL Magazine Senior Contributing Editor.

It can often take thousands of words to express a single technical idea, as authors want to ensure that no reader will fail to understand the intended message.

However, we know that people online tend to read in “sound bites,” and they may often ignore longer text.

Here I am setting out to experiment with the notion of presenting things I’ve learned and what I believe are valuable aquarium ideas as “microblog” entries or Twitter tweets, less than 140 characters, while avoiding “txtspk”.

Writing just the essentials is not conducive to the author being paid by the word! It is however, a good exercise for verbose writers such as me.

The format we will follow is: Each key message or Topic in bold, with the take-home facts or advice presented in brief, telegraphic form. The topics will be alphabetized.

Beware of a fish that is “ADR” (Ain’t Doin Right). If you see ANY change in behavior something may be wrong; pay close attention. #HemdalTip

Marine fish can be acclimated quickly to lower specific gravity, but must be acclimated much slower if it is being raised. #HemdalTip

Acclimation for temperature alone is pointless if it takes longer than 15 minutes. Salinity & pH changes are much more critical. #HemdalTip

Don’t pour live baby brine shrimp through a dry net, used a submerged one to keep them from being damaged. #HemdalTip

Activated carbon has been shown in two formal studies to cause Head and Lateral Line Erosion (HLLE) in susceptible marine fishes. #HemdalTip

Chloroquine dosed at 8 to 15 mg/l is a good treatment for Cryptocaryon, but it will kill many invertebrates and all algae. #HemdalTip

Feed the fish, not the aquarium. Uneaten food may mean you are overfeeding, or the fish are ill, and are not feeding properly. #HemdalTip

Always be on the lookout for an outbreak of Uronema while running a hyposalinity (low salinity) treatment for Cryptocaryon. #HemdalTip

Iodized salt can be used in freshwater aquariums just like non-iodized–despite what we’ve all been told for the last 50+ years! #HemdalTip

All fish will jump out of an aquarium under certain circumstances; even cowfish can dry dock themselves. #HemdalTip

Because our pupils contract, the human eye is not a good tool to measure light intensity – light meters work better! #HemdalTip

Moribund fish lying on the bottom, almost never recover. Catch the issue before then; first symptom is usually lack of appetite. #HemdalTip

Many older fish have fatty liver disease that can cause lethargy, ascites and anemia. There is no cure for this issue. #HemdalTip

Avoid small Paracanthurus hepatus tangs: if they get too thin, it is VERY difficult to get them back into good condition. #HemdalTip

One solution to pollution is dilution. It ALWAYS works, with ALL pollutants and is proportional to the amount of water changed. #HemdalTip

Quarantine new fish in a separate tank for at least 45 days to minimize the risk of introducing a disease into your aquarium. #HemdalTip

Some fish seem to do very well in captivity at first, but often soon die from unknown causes: Rhinopias, frogfish, & trunkfish. #HemdalTip

Unlike mammals, fish rarely get a benign itch; if they are scratching (flashing), it is almost always a sign of a disease. #HemdalTip

Water temperature change is not as important as you might think; fish can swim happily through a 10-degree F. thermocline. #HemdalTip

Don’t keep cool-water fish at higher-than-normal temperatures in the vain hope they will adapt. Nature will prove you wrong. #HemdalTip

Green Chromis or wrasse with red sores is often caused by the protozoan Uronema, and not an injury or bacterial disease #HemdalTip

Don’t accidentally compare volume to a linear measurement. Twenty 1-inch fish may fit in your tank, while one 20-inch fish may not! #HemdalTip