Where to get it: True Pterophyllum altum Angelfish?

Every once in a while we receive an inquiry from a reader simply asking “where can I find X?” This recent inquiry definitely piqued my interest: 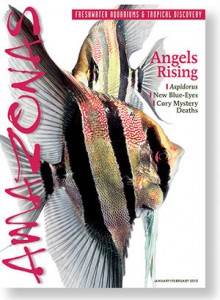 AMAZONAS Magazine, Volume 2, Issue Number 1 – Angels Rising. This is the issue that has Tom dreaming of Altum Angels! Click to order a printed back issue.

I’ve been reading your magazine for several years and it always remains as interesting and wonderful as the first issue. I recently revisited the Jan/Feb 2013 issue regarding angelfish. I’m an avid hobbyist and would like to purchase Altum Angelfish. Would you know of any that might be available here in the US?

Thanks again for a wonderful magazine,

First Tom, thank YOU for all those kind words!

Now, as we say on the “Interwebs,” “Fish keeping hive mind, where can Tom find his real, legit, true Altum Angelfish?”

Here’s my answer, and some details on my own pursuit of this highly-coveted species. I ask you all to consider weighing in as well in the comments section below! Hopefully we can help Tom find his Altums without all the headaches I had to deal with!

I should point out that P. altum is rarely bred in captivity. For the most part, the Altum Angelfish found in the trade are usually wild-caught; captive-bred Altums are few and far between, and good quality ones are more expensive than comparably-sized wild counterparts. There are boatloads of fishes, both wild and captive-bred (usually labeled as “tank raised” in the freshwater trade), which make their way around the aquarium trade with the moniker “Altum” attached, yet are certainly not P. altum.  Here’s some examples: 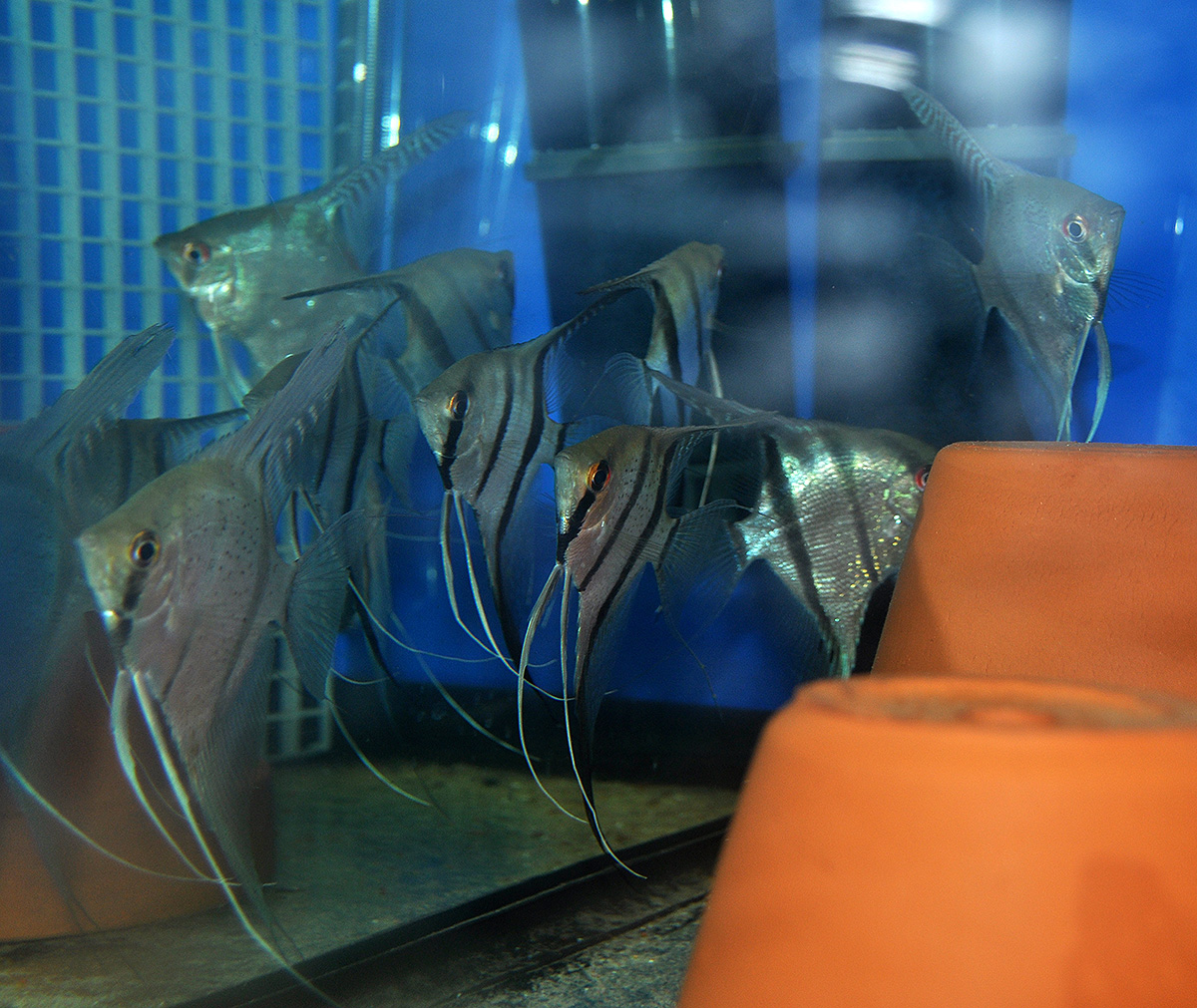 An assortment of wild angelfish purchased as “Ecuadorian” Altums. Not only is Pterophyllum altum not found in Ecuador, but as the fish settled in it became apparent that there may have even been more than one type of wild angelfish variant in the mix, with some fish showing hints of “Rio Nanay” type patterning, and others appearing more like “Manacapuru” Angels. Definitively not real altums, and the price given their size should have been a dead giveaway. 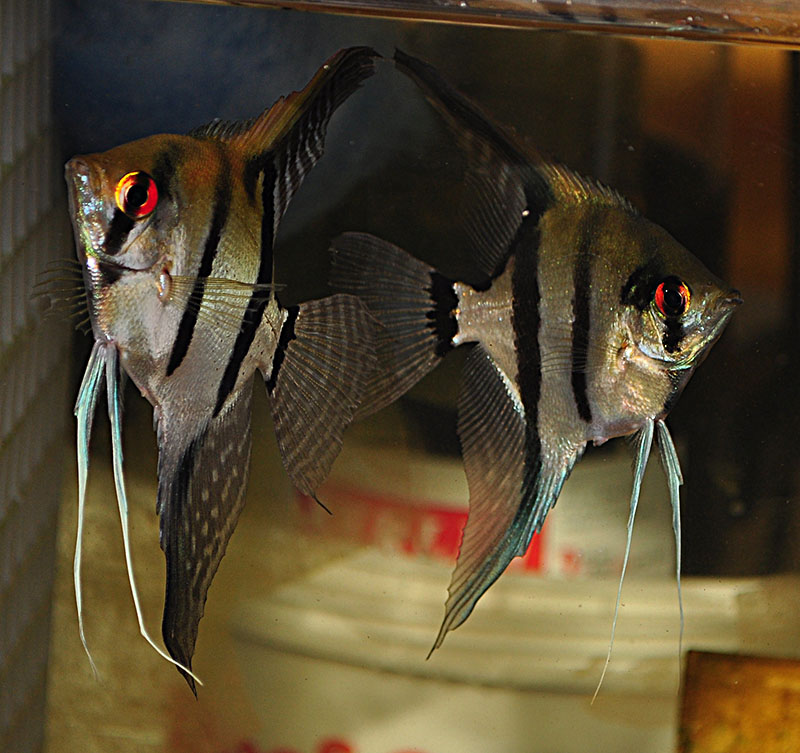 These young silver angelfish egregiously sold as “Captive Bred” or “Tank-Raised” Altums were definitively not Pt. altum, despite carrying a price tag which might have suggested otherwise. They did make really nice wild-type babies…but certainly no altums.

There is a fair amount of seasonality in the availability of wild Altum Angelfish due to annual scheduled fishery closures in their native countries; I tend to think of “Altum Season” as mid-summer going into late fall (learn more about the journey wild Altums make from the Orinoco to your aquarium in AMAZONAS Sr. Editor Mike Tuccinardi’s companion article, Altum Origins: the Supply Chain of Wild Altum Angels).

Getting Altums out of season is extremely difficult. Prices vary wildly on P. altum depending on size, season, and mortality rates. Yes, P. altum has a reputation as being a difficult fish to successfully import and establish in captivity.

Overall, finding P. altum in the U.S. feels like chasing an apparition. They’re not generally available through common channels. In my personal experience, simply ordering them from a list will usually give you something OTHER than P. altum, which means that special ordering through a local fish shop is risky for both you and the shop. You might get lucky and find an aquarium shop stocking them locally, but that’s exceedingly rare. On the rare occasions a shop gets real, true P. altum, at least here in MN, they were always gone before I could even get to them, and the quality seemed to be a rather mixed bag.

I was forced to deal with online vendors, and in the world of P. altum, that can be incredibly risky. Things didn’t always turn out well…in fact, some of my worst online fish buying experiences ever dealt with trying to procure Altums.  A tremendously poor shipment of incredibly undersized wild fish in which many were DOA and nearly all were dead 48 hours in wasn’t the way anyone wants to start out. 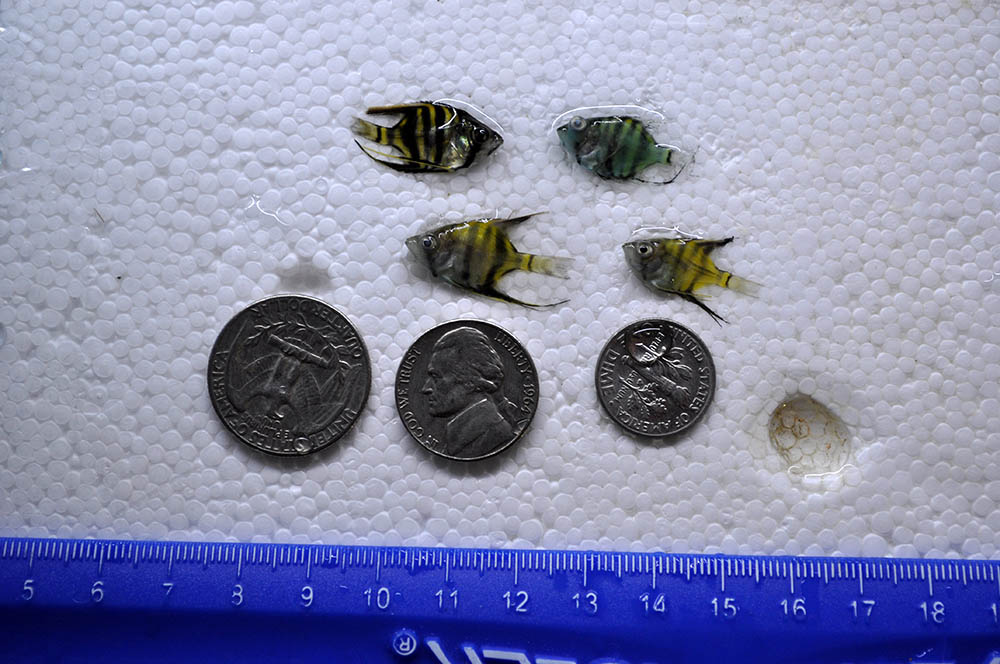 The DOA Altums shown above were sold as wild-caught, 3-4 cm sized fish, and the sales images used to sell these fishes showed juvenile fish in that nickle-to-quarter body size range. Generally, I measure fish length from head to tail, the differences between standard length (SL) and total length (TL) understandable sources of minor deviation and confusion. I put it to you, the reader, are these 3-4 cm fish?

Given the DOAs and the sizes, any vendor should expect a complaint asking to be made whole. The DOAs were blamed on the shipping carrier (and not what I felt was improper packaging). The first rebuttal on size was that “Altums are measured in height”. Even so…3-4 cm? It took this picture, with scale in CM, to finally make headway. Ultimately, I was told the vendor was burned by his vendor; I presume the expectation was that the I somehow wouldn’t be upset? To the unnamed vendor’s credit, ultimately better-sized fishes were shipped, but it’s not an experience I’d ever want to repeat.

Ultimately, I found that doing a bit of asking around, but also being lucky, is what paid off. I have no hesitations in sharing that my best Pterophyllum altum were all purchased from Houston Aquarium Warehouse, a local retailer and online vendor. Even then, it wasn’t a perfect shipment; wild Altums certainly are sensitive to shipping. I suspect if the trade treated them more like marine fish they’d fair better.

So while my actual real Altums were “expensive” compared to the average domestic angelfish, the reality is that there was also a large amount of additional investment in what amounted to bad purchases and incorrect fish; my Altums cost a lot more than simply what the invoice states. If you’re going to pursue Altums, you need to have a certain tolerance for risk, and the money to take a gamble. 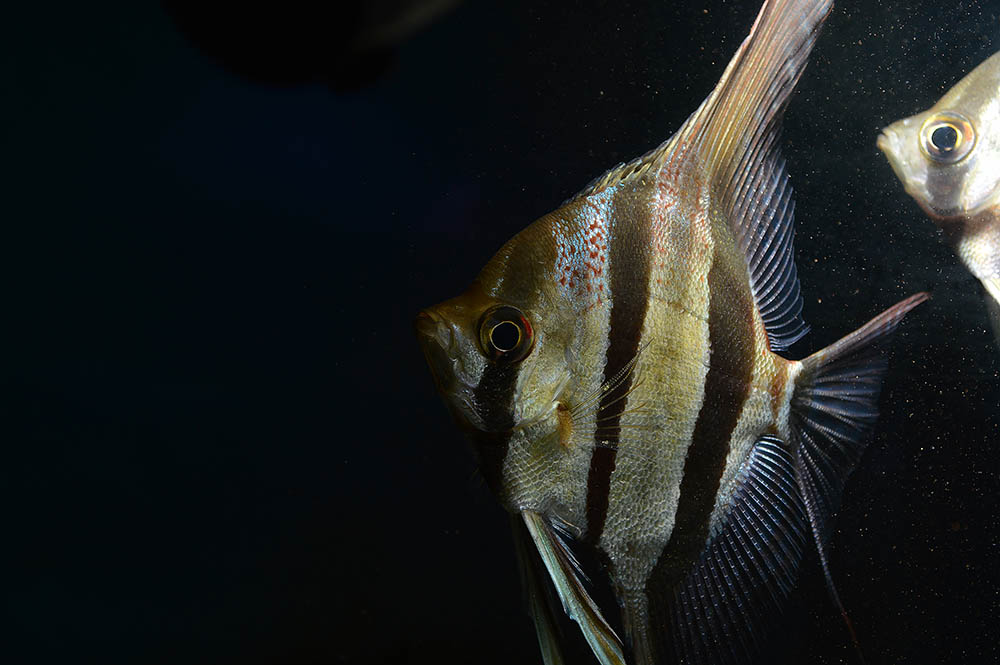 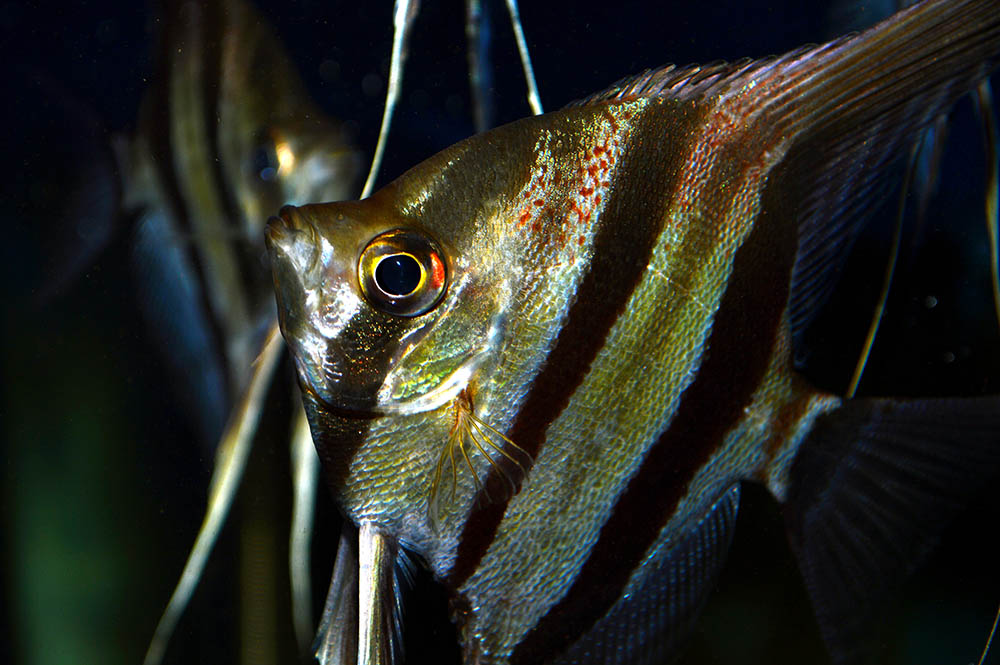 Getting Ready for Altum Angelfish

I’ll also add that many online sources suggest that receiving wild Altum Angelfish requires a lot of water chemistry modification with acids to produce extremely low pH ranges. I found that counterproductive. I may have actually acid-burned some of my initial charges trying to chase these extremely low pH ranges that “everyone” seemed to suggest I needed.

My local tap has a very high pH, although it is artificially induced (I’ve been told to help prevent things like lead pipes leaching into the water supply). That said, the TDS of our tap water is very low (typically 42 ppm). Once I stopped trying to chemically chase a specific pH, and instead just used my tap-water as-is, my Altums flourished. This suggests that a better route for Altums might simply be to use RO/DI water, mixed with local tap, to create a relatively soft water, and to not fret over a target ultra-low pH.

The “need” for low pH stems from suggestions that an ultra-low pH inhibits bacterial growth and therefore helps prevent common issues with Altums (Columnaris infections being one in particular). That said, UV sterilizers, blackwater extracts, peat filtration or Indian Almond leaves could all be used to further condition the water and limit bacterial growth without creating a chemically unstable pH, teetering on the brink of crashing your tank and killing the inhabitants.

Live baby brine shrimp is a great recovery food for small Altums following their journey. In the long run, all of my Altums made the transition to flake and pellet feeds as staple diets. Large routine water changes (50% weekly) seem to be very effective with my Altums.  I’m now at the point where my Altums are pairing (and killing off the subordinate fish – I need to watch them more closely!).  So success can be had, and once the fish settle in they thrive if given good care.

Be sure to read Mike Tuccinardi’s Altum Origins: the Supply Chain of Wild Altum Angels for some additional insights that might help you be more successful when purchasing wild Altums.

So now I’ll turn this over to our readers. Where would you suggest that Tom find the elusive Pterophyllum altum?