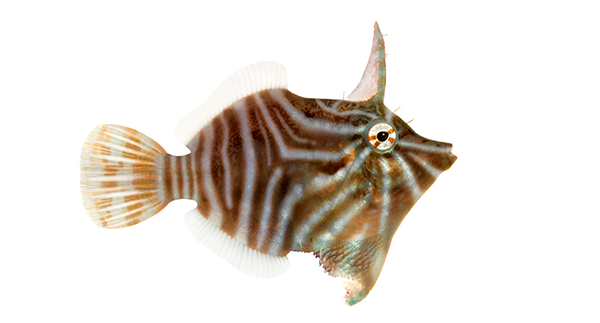 Highlighted Species from Rarities in
CORAL’s Special Report: Captive-breeding State of the Art 2016

Acreichthys radiatus has staff members at Oceans, Reefs & Aquariums in Ft. Pierce, Florida, calling it “adorable”—a fish that has a Trifecta winning combination of being (mostly) reef-safe with corals, having a peaceful disposition and modest size.  According to ORA’s Dustin Dorton, “pairs form easily, but spawning our original pair proved somewhat difficult. After receiving the original pair from Kevin Kohen at LiveAquaria in July of 2014, we waited a little over a year before finding their first spawn.” (Kohen had received them from Cebu, a major aquarium livestock export hub in the Philippines, and kept them under observation at the Live Aquaria facilities in Rhinelander, Wisconsin, before passing them along to ORA.) 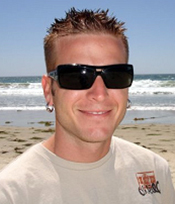 “They seem to prefer spawning in or under a particular clump of algae and their minuscule eggs seem almost invisible,” says Dorton. “The female can be observed guarding the nest site and will readily chase away any fish or hand that gets too close. One of our favorite behaviors of juveniles is their propensity to bite onto the sides of the tank to stablize themselves at night when they sleep.”

Color-change Artist
According to ORA, “One of the most remarkable behaviors of the Radial Filefish is their adoption of soft corals as a protective home, much in the way a clownfish will host in an anemone. In the wild they use their intricately striped pattern to disguise themselves among the pulsing arms of Xenia. Our captive-bred Radial Filefish can be found harmlessly nestled among Xenia or other corals such as Clavularia, Goniopora and even Acropora. (Some observers believe the Filefish will nip at coral polyps from time to time, although others argue that they are consuming protein-rich coral mucous, a behavior known among other fish species that live sybiotically with corals.)”

These fish can also rapidly change their color pattern from starkly striped to camouflaged blotches, depending on their mood or environment. The overall appearance may be a shade of brown or tan, cream, green, or even blue. 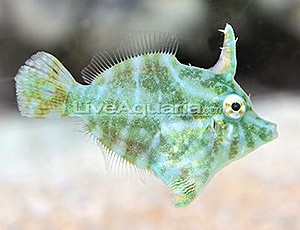 Able to change colors in a flash, the Radial Filefish can appear brown, green, blue or cream and with variable markings. Image: Copyright © LiveAquaria.com/Kevin Kohen.

The Radial Filefish reaches a maximum length of 3 inches (7.6 cm) and is a personable aquarium inhabitant with curious, rotating eyes that follow activity outside the aquarium, eager to eat whatever frozen or prepared food is dropped in from above. ORA says it feeds its broodstock and juveniles a wide range of diets including pellets, frozen Mysis shrimp, and brine shrimp. They are ranked as hardy and appropriate for keeping by beginners to experts. Singularly or in pairs, they can be kept in nano aquariums in the 20 to 30-gallon size range. Larger aquariums can house multiples, and groups can even contain multiple males.

Sexing individuals is relatively easy due to a sexual dimorphism, where the males exhibit bushy spines at the base of their caudal peduncle, similar to the Bristletail (Aiptasia-Eating) Filefish known for the trait.

ORA is now shipping young adult Radial Filefish in the 1-1.5-inch (2.5-3.8-cm) size range, and the species is available at retail from local aquarium stores stocking ORA animals, as well as LiveAquaria.com.