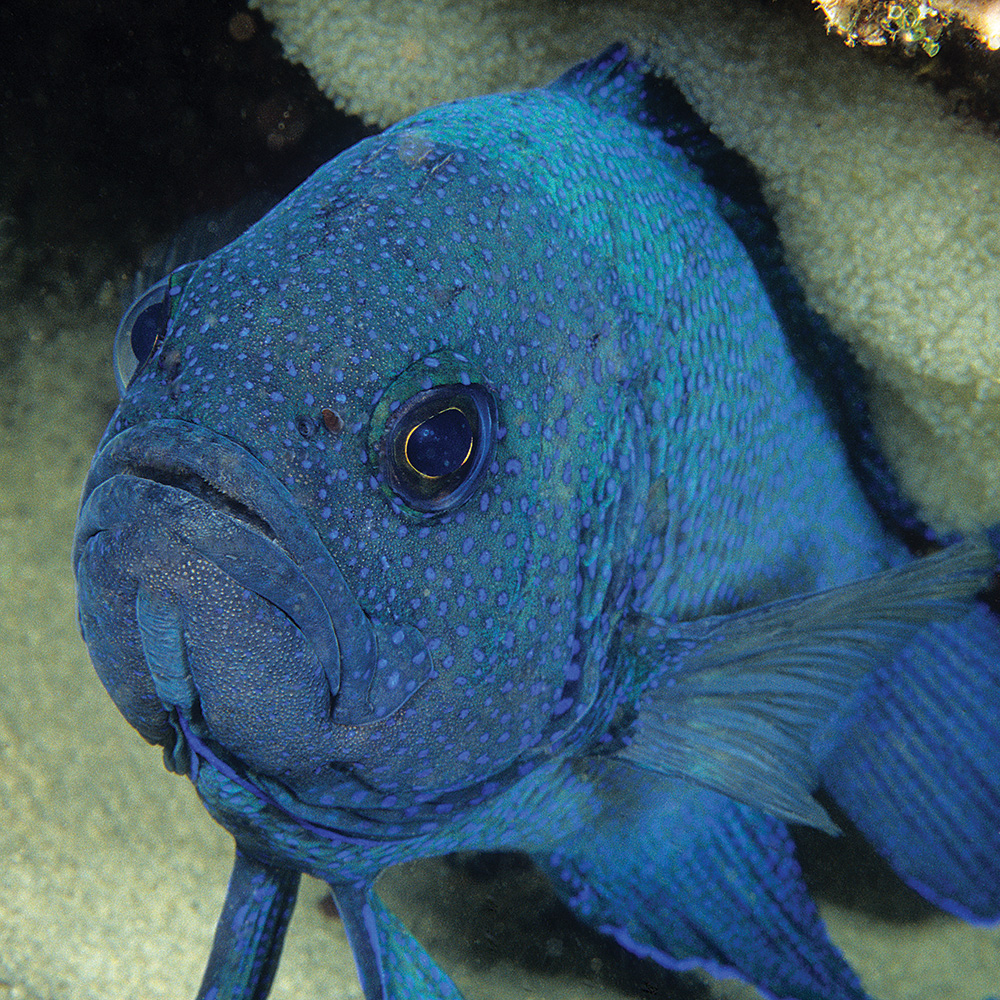 Male Southern Blue Devil guarding nest of eggs, above and behind on wall of a rocky cave. Image: Larry P. Tackett.

The Southern Blue Devil, Paraplesiops meleagris, is known to marine aquarists Down Under as a cave-dwelling, cryptic species in the longfin family, Plesiopidae (roundheads and assessors), endemic to southern Australia.

Aquarists in North America and Europe are familiar with a close relative that is relatively common in the aquarium trade: the Comet or Marine Betta, Calloplesiops altivelis (Steindachner, 1903).  In its reproductive coloration, it can be startlingly beautiful and some enthusiasts believe it warrants its own species tank, where it may prefer cooler water. Care requirements should be similar to those of the Comet (see Michael, 2001). Note its full size; it gets big enough in the wild to be considered very good eating.