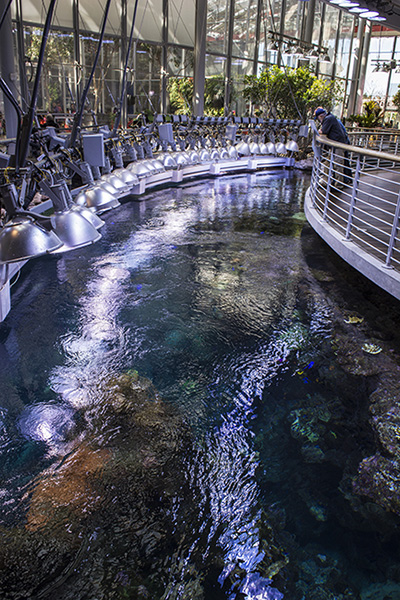 On a recent visit to San Francisco, I had the pleasure of visiting what is undoubtedly among the top public aquariums in the US—Steinhart Aquarium at California Academy of Sciences. Their incredible collection of marine fish, invertebrates and corals would elicit envy from any reef hobbyist, and the spectacular 212,000 gallon Philippine reef exhibit is nothing short of breathtaking.

In name at least, Steinhart should be familiar to many in the marine hobby, especially given that many of the aquarium’s talented staff are active hobbyists themselves. Richard Ross, cephalapod enthusiast extraordinaire and aquarist at Steinhart was named MASNA’s Aquarist of the Year in 2014 in addition to acting as Master of Ceremonies at MACNA 2013 in Fort Lauderdale. Matt Wandell, MACNA speaker and mesophotic zone fish expert tends to the aquarium’s undeniably impressive collection of nonphotosynthetic (NPS) corals and deep water fish. And of course, anyone with a reef aquarium owes a significant debt of gratitude to the aquarium’s curator, J. Charles Delbeek, (co-author of the groundbreaking The Reef Aquarium series, among other publications, and 2008 MASNA Aquarist of the Year) who generously offered to give me a behind-the-scenes tour of this truly world class institution.

Steinhart underwent a major overhaul from 2005-2008 during which it was almost entirely rebuilt, making it one of the newer public aquariums in the US—as is clear from the modern, well-organized exhibits. The aquarium has a distinct focus on conservation efforts in the field as well, and much of the messaging throughout the exhibits emphasized Steinhart scientists’ ongoing fieldwork. Behind the scenes, I got a peek at the carefully engineered life support systems which keep the aquarium’s hundreds of display aquaria in pristine condition, from industrial-sized protein skimmers to monster custom GFO reactors. Further into the maze of holding systems and quarantine areas hiding behind the exhibit walls, I also got to see the aquarium’s jellyfish aquaculture lab, complete with rows of sessile polyps on petri dishes and tiny jellies pulsating hypnotically around mini-kreisels. I also got to ogle, although not photograph, some of their collection of deepwater marine fish (Lipogramma and Prognathodes!) which were being held for possible inclusion in a future exhibit, and their Philippine coral propagation systems. 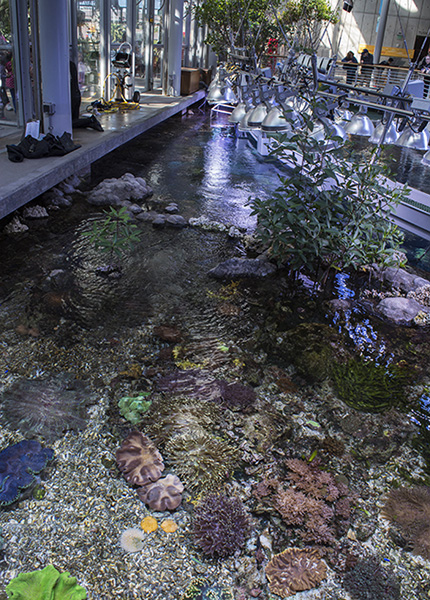 Although the almost overwhelming array of smaller displays–featuring everything from temperate US natives to chambered nautilus and bioluminescent pineconefish–are themselves worth the visit, it is the massive Philippine reef exhibit that steals the show. Featuring an enormous number of live corals collected during Steinhart’s multiple expeditions to the Philippines, this extraordinary exhibit is a reef aquarium writ large—something home aquarists can only daydream of. Built to be viewed from both above, by way of a suspended catwalk, and includes a shallow lagoon section home to dozens of huge Tridacnas and massive Stichodactyla carpet anemones. Below, through several massive viewing panes, the reef fairly teems with life, and it took a good several minutes of awestruck staring before I was able to start picking out individual species. Quite frankly, the whole display defies description—so instead of trying, I’ll leave you with some of my photos from what was an incredible visit and my strong recommendation to make the trip to Steinhart should you find yourself in the Bay Area. 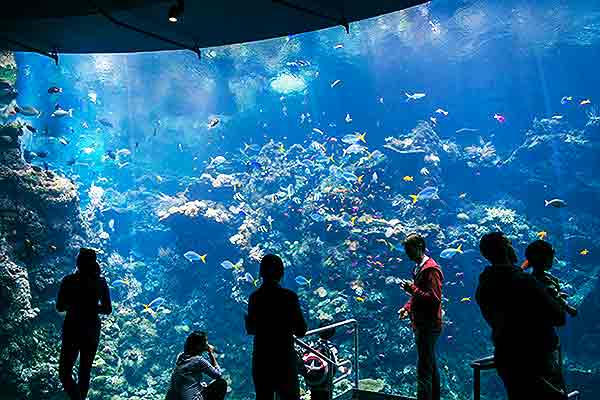 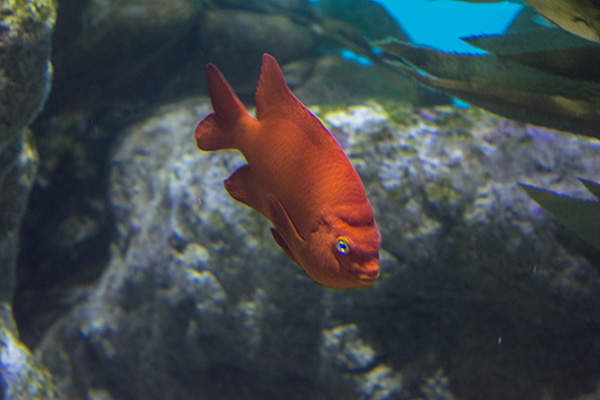 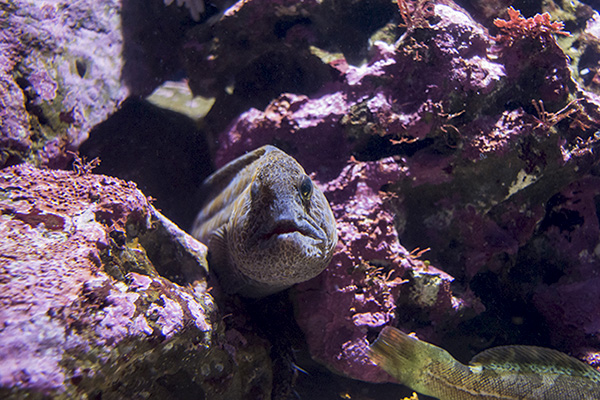 Another of the aquarium’s menacing Pacific coast natives 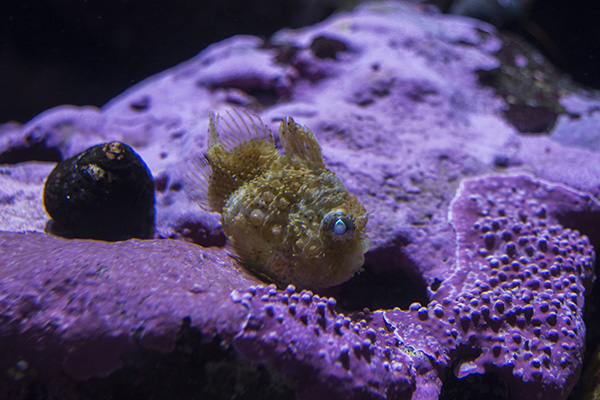 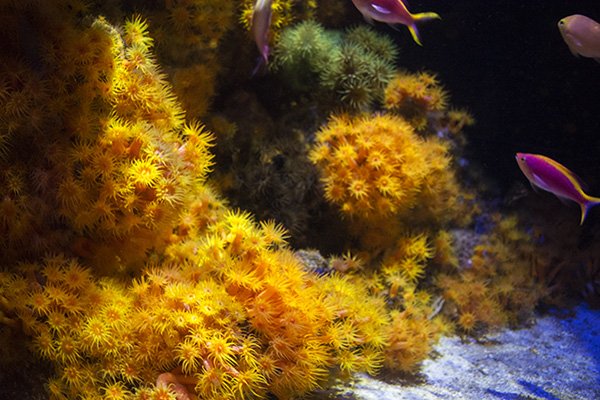 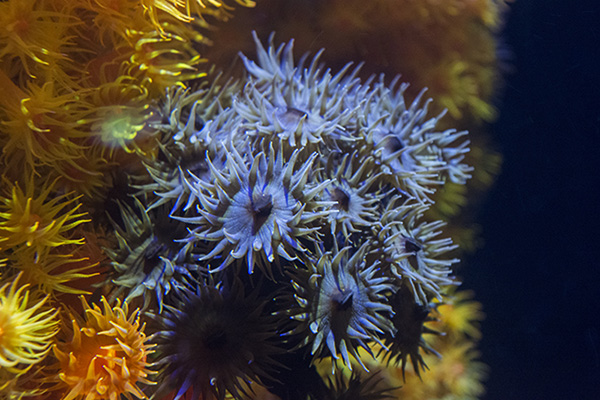 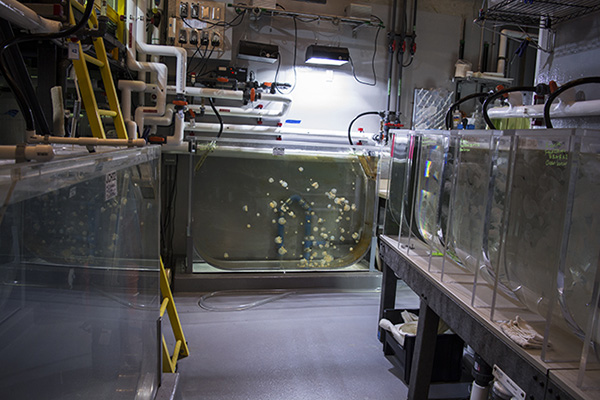 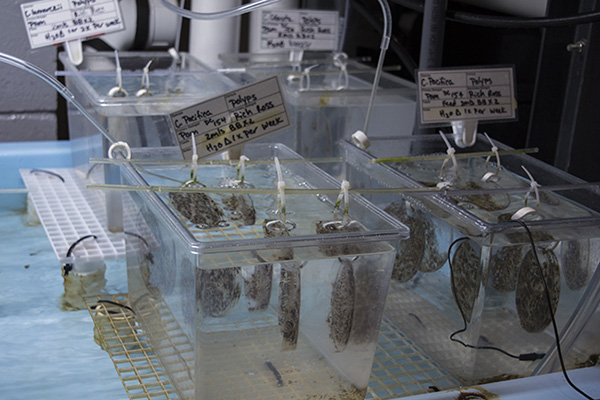 Sessile jelly polyps being grown out in individual containers 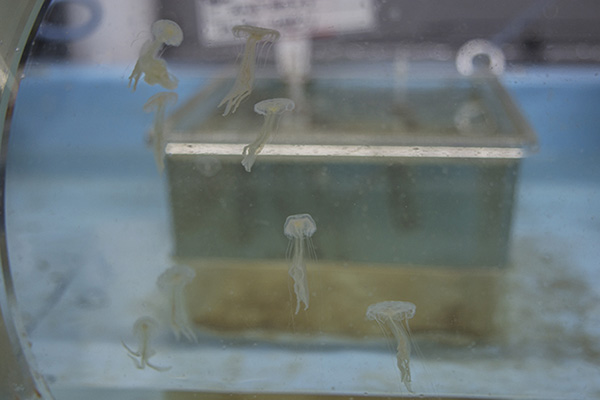 Newly free-swimming jellies in a mini-kreisel 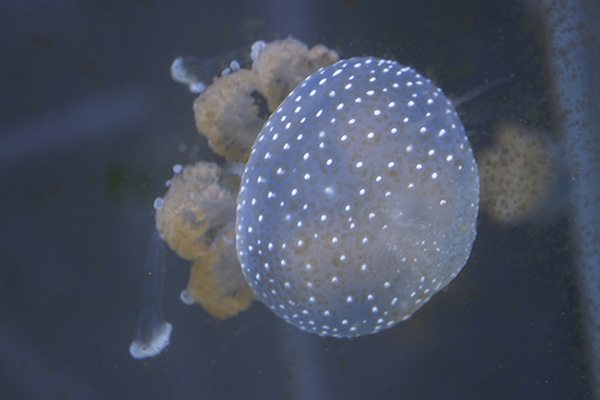 One of many jelly species being propagated in the lab 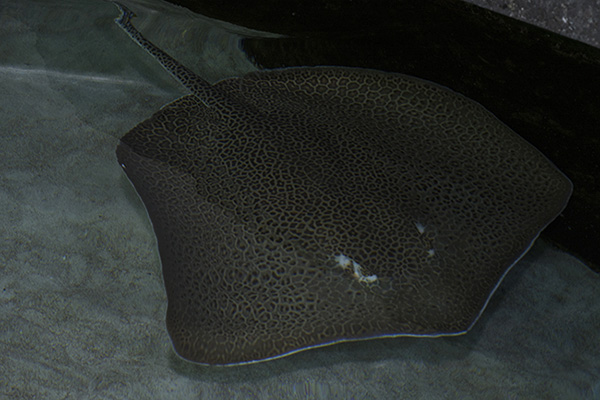 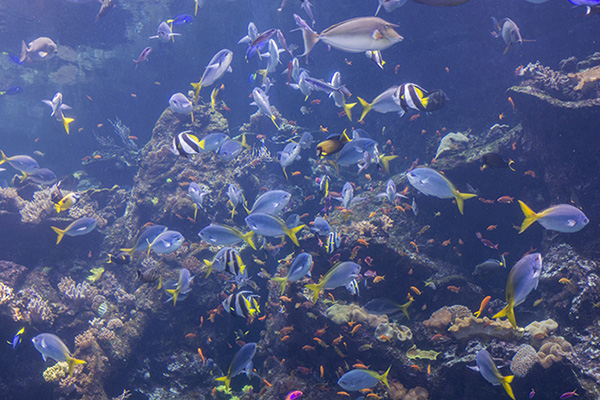 Parting shot of the Philippine reef, teeming with fish and coral