While it’s fair to say that the majority of aquariums on display at the 2015 Aquatic Experience were freshwater, that should come as no surprise, given the vastly larger size of the freshwater aquarium hobby. Still, marine fish were very well represented. While I saw several nice displays, one particular display caught my attention: the Red Sea REEFER™ System aquarium display set up by Chicago-area reef specialty retailer Sea Schor.

Considering that display tanks like this are set up extremely quickly, the odds are good that Sea Schor was only there a day before show opening to set this up. The tank has to look great immediately, which means careful livestock selection and the use of large coral colonies are a must. 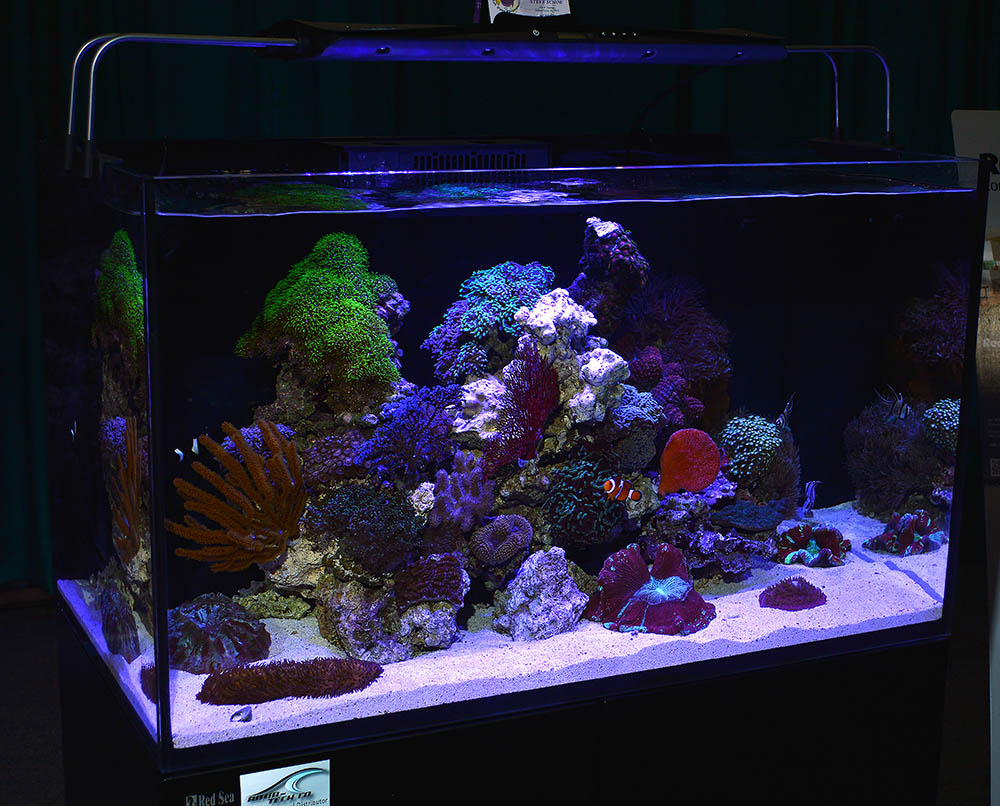 Nicely aquascaped, showing a mix of “soft corals” and LPS, the aquarium reminds us that a beautiful reef aquarium can be more than colorful Acropora sticks. 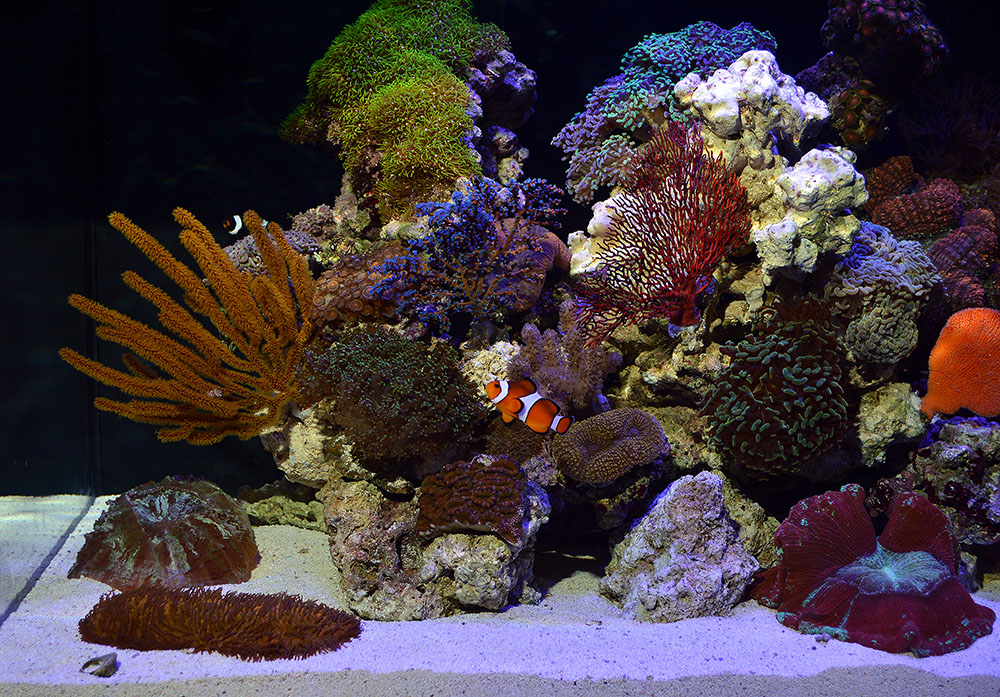 A little bit of everything makes this tank quite the visual buffet. 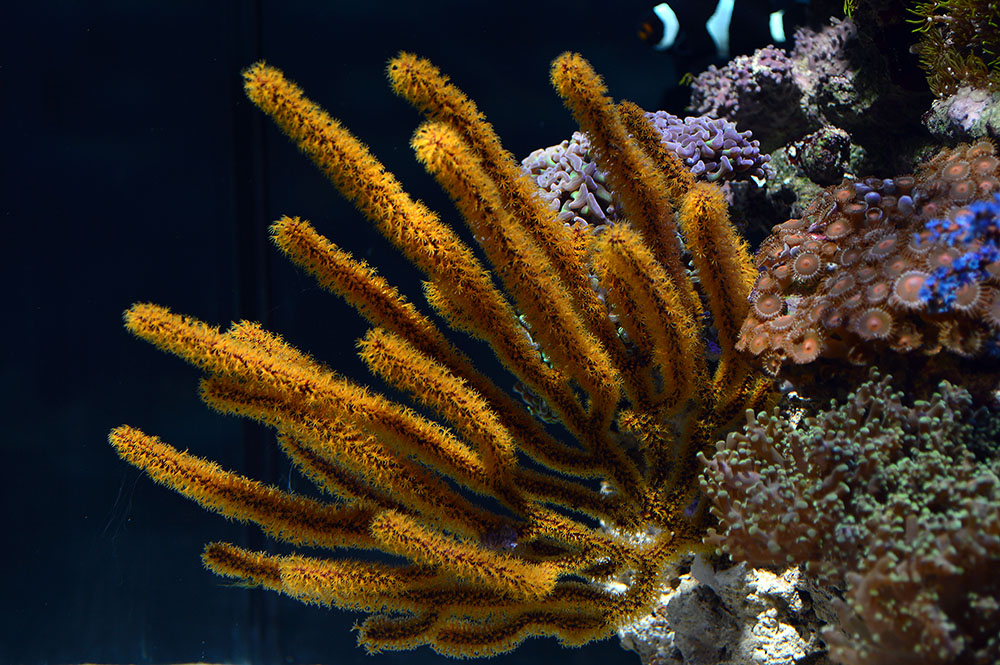 This Gorgonian, when open, was a strong and striking feature coral in the reef. We should keep more Gorgonians in our tanks! 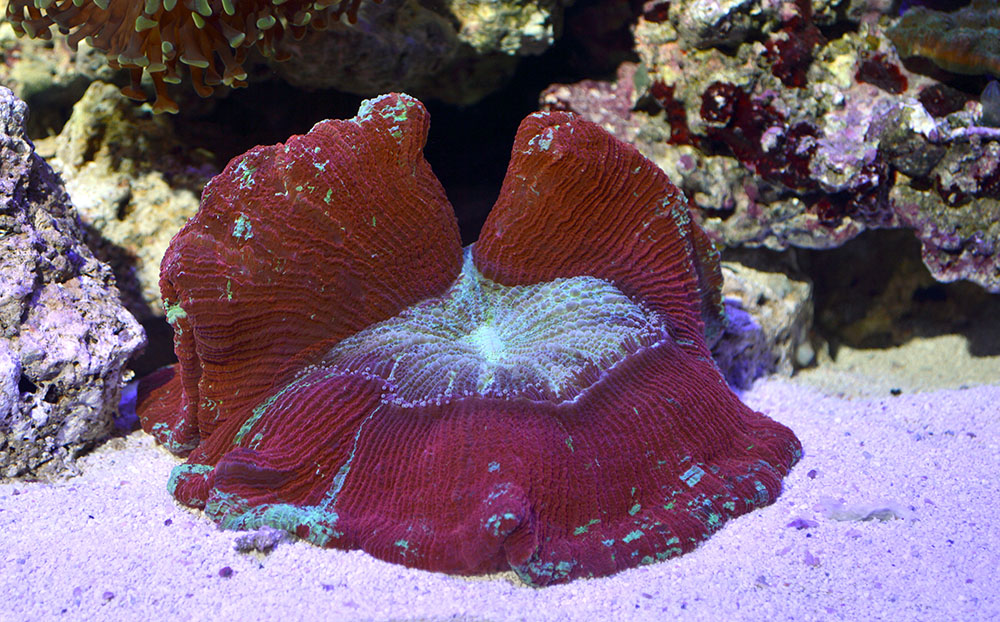 A beautiful large Trachyphyllia rests on the sand. 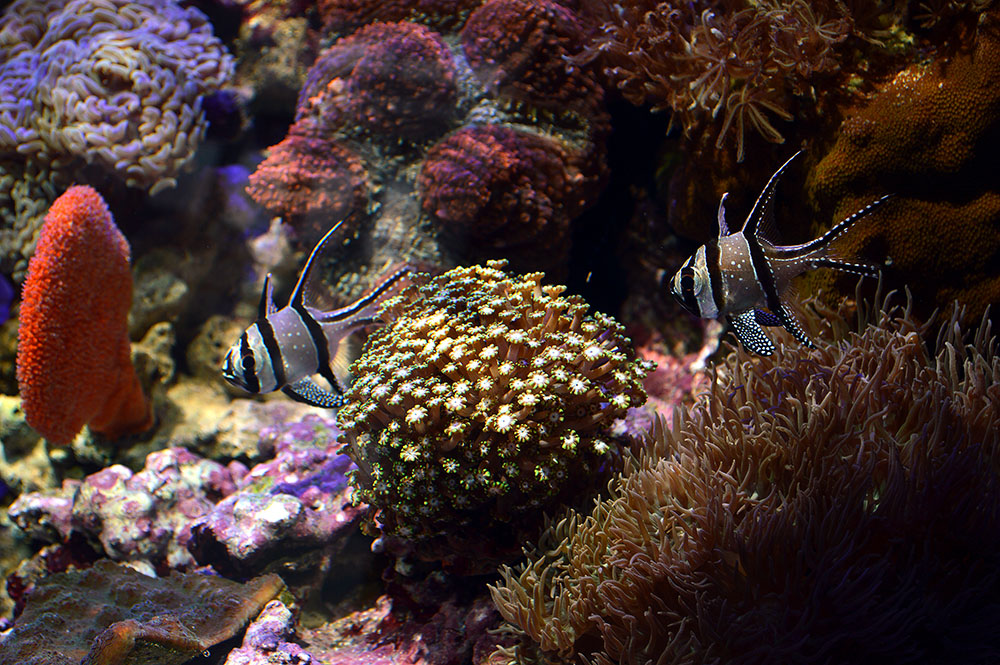 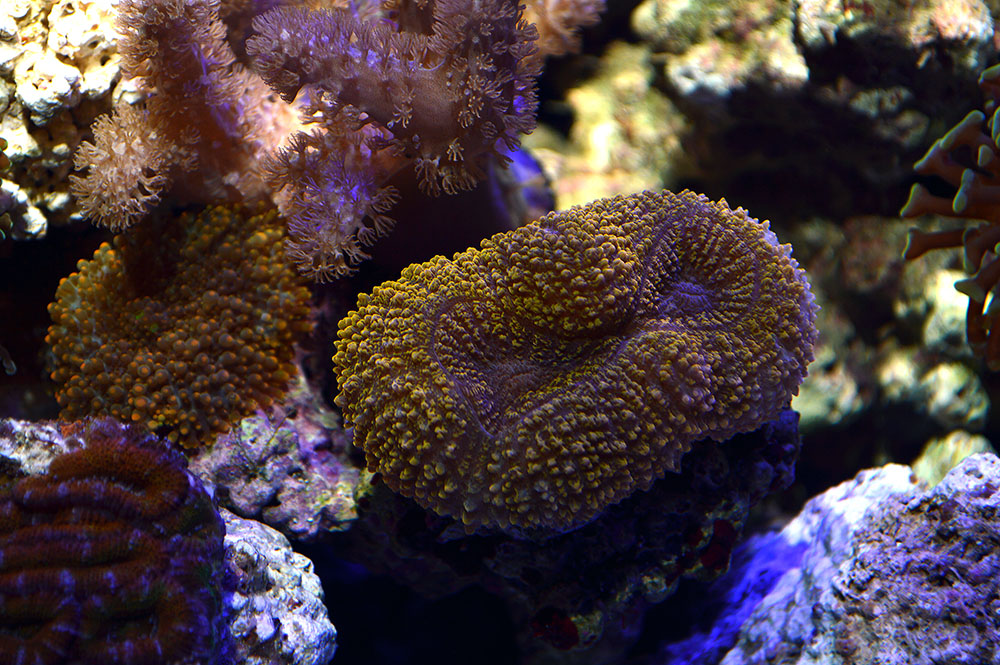 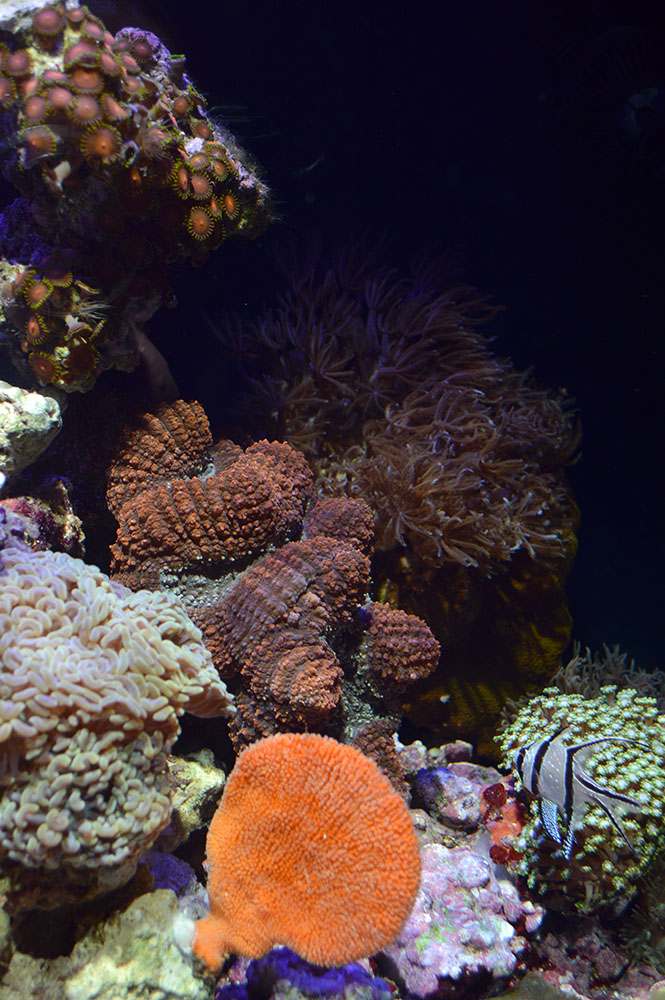 Just a little bit of everything!

Just as quickly as it was set up, the tank was torn down within hours of the event’s ending. It takes a special skill to pull this all off; clearly Sea Schor did an impressive job. Temporary displays like this are one of the many reasons to attend an event like the Aquatic Experience. Put it on your calendar for 2016 (as son as they announce the dates)!