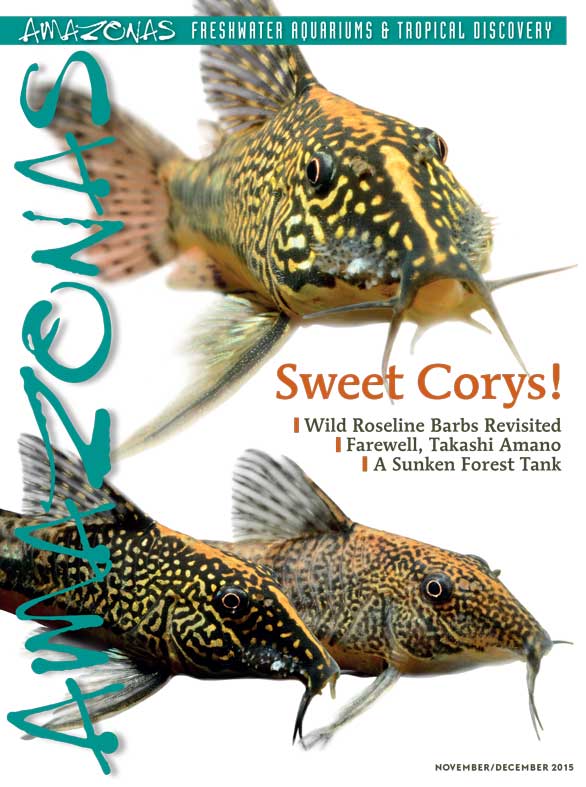 The November/December Issue of AMAZONAS is printed and now delivering to print magazine subscribers, local aquarium shops, and readers of the Digital Editions (available for desktop and laptop computers, as well as smartphones, tablets and Kindle readers).

Already a subscriber? ACCESS The Issue Now!
AMAZONAS Subscribers can log in with their email address and read the Digital Edition Right Now 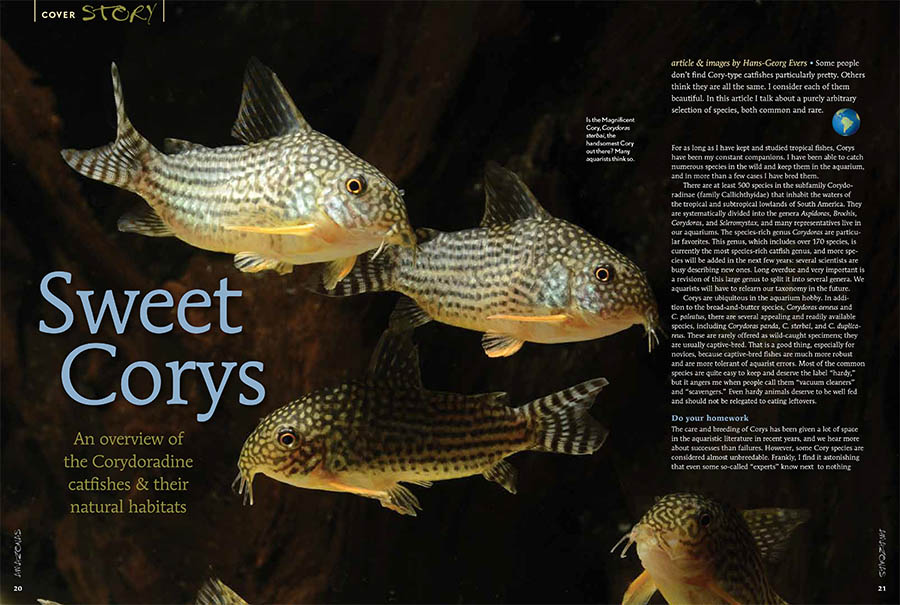 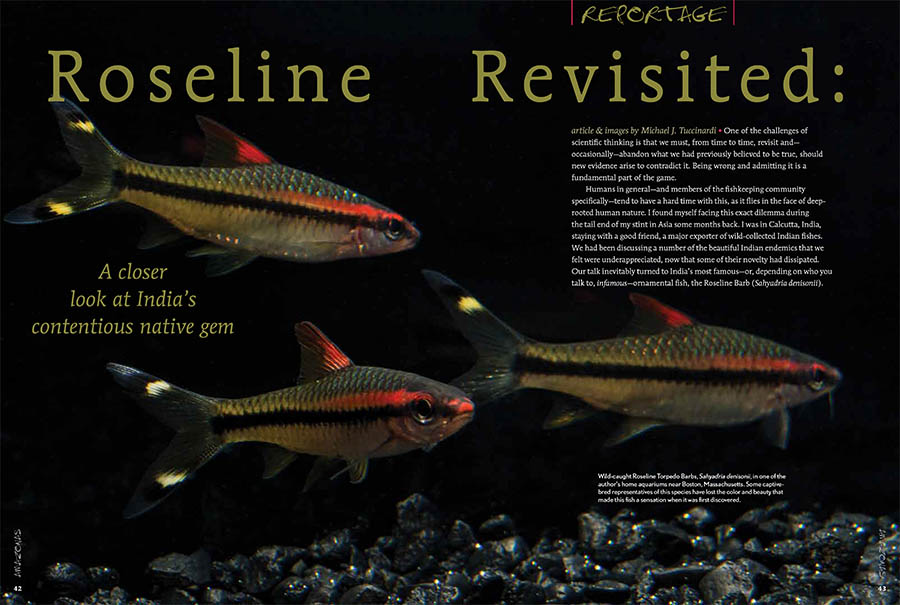 The glorious Roseline Barb, Sahyadria denisonii, also known as the Torpedo Barb or sometimes as Miss Kerala is an Indian endemic whose popularity as an aquarium fish has brought fears that it is being harvested into extinction. AMAZONAS Senior Contributor Michael Tuccinardi heads to the Malabar Coast of India to assess a controversial story. 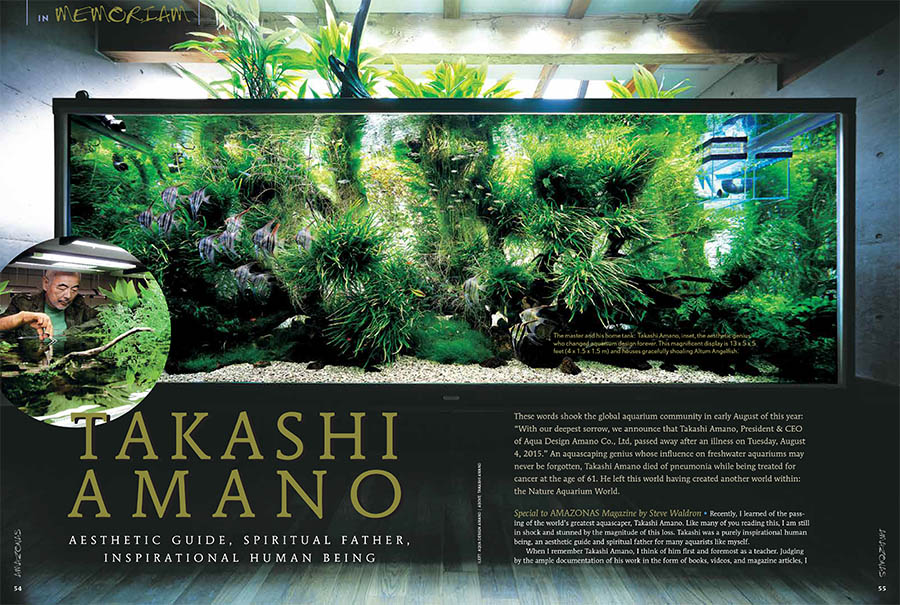 AMAZONAS contributor Steve Waldron offers a tribute to the recently departed aquascaping genius, Takashi Amano, who died in August at the age of 61. The Master’s own magnificent home aquarium in Japan is shown here. 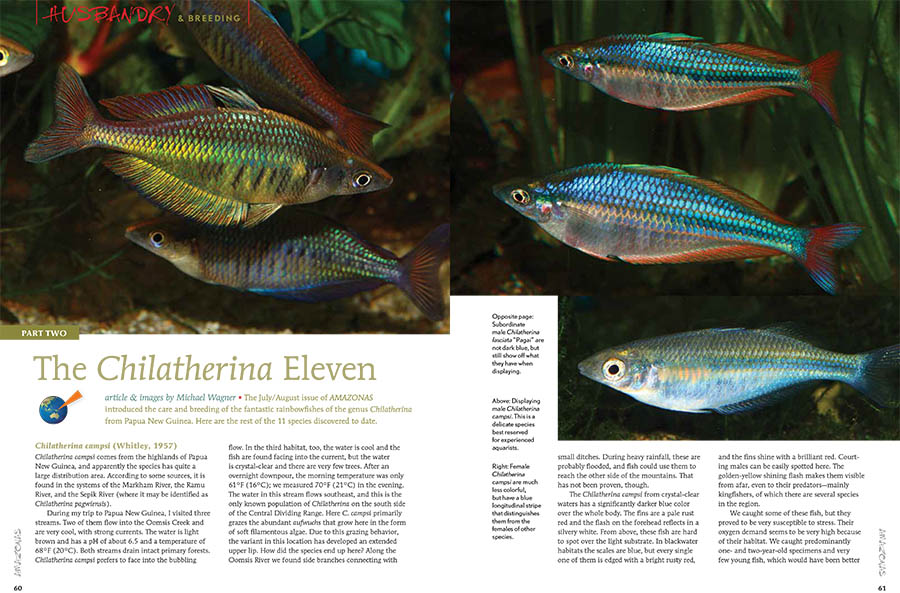 For lovers of the sleek, peaceful rainbowfishes of Australia and Papua New Guinea, the small (11-species) genus Chilatherina is a favorite. Michael Wagner describes their origins and their distinctive charms. 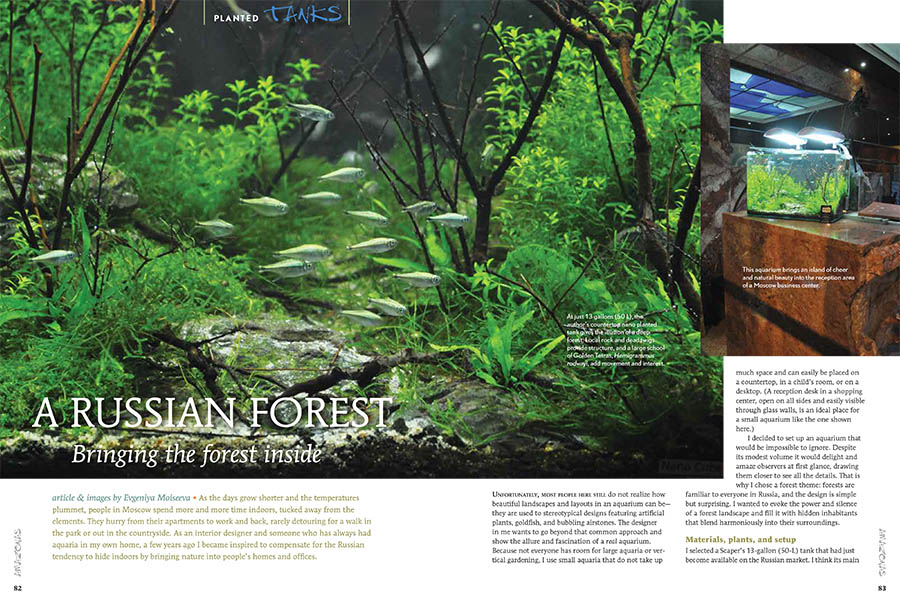 An emerging new star in European planted tank competitions, Evgeniya Moiseeva tells how she brings her interior designer skills to creating a sunken forest tank to brighten the long winter days in Moscow. 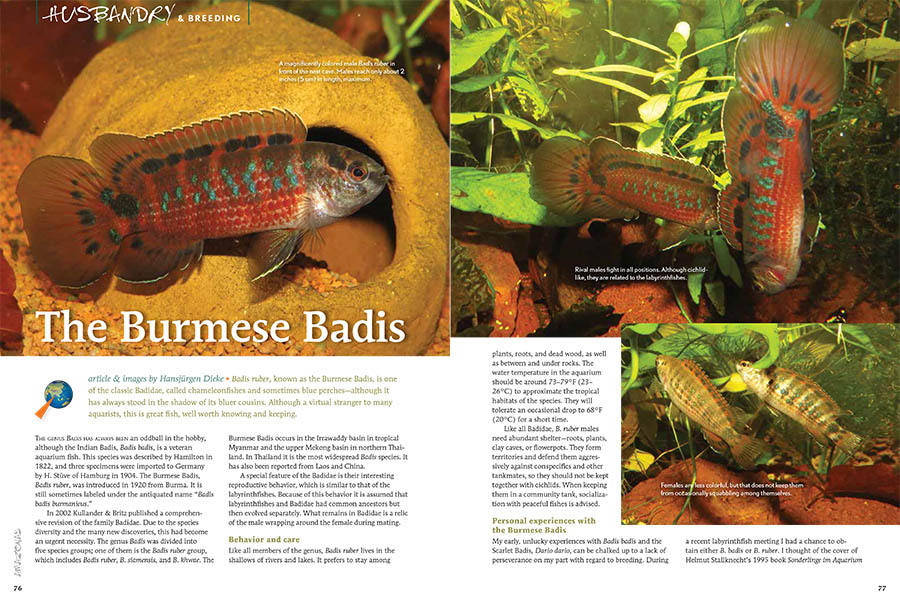 An unusual fish with behaviors similar to those of dwarf cichlids, the Red or Burmese Badis, Badis ruber, is a rarity well worth tracking down for its beauty and fascinating breeding displays. 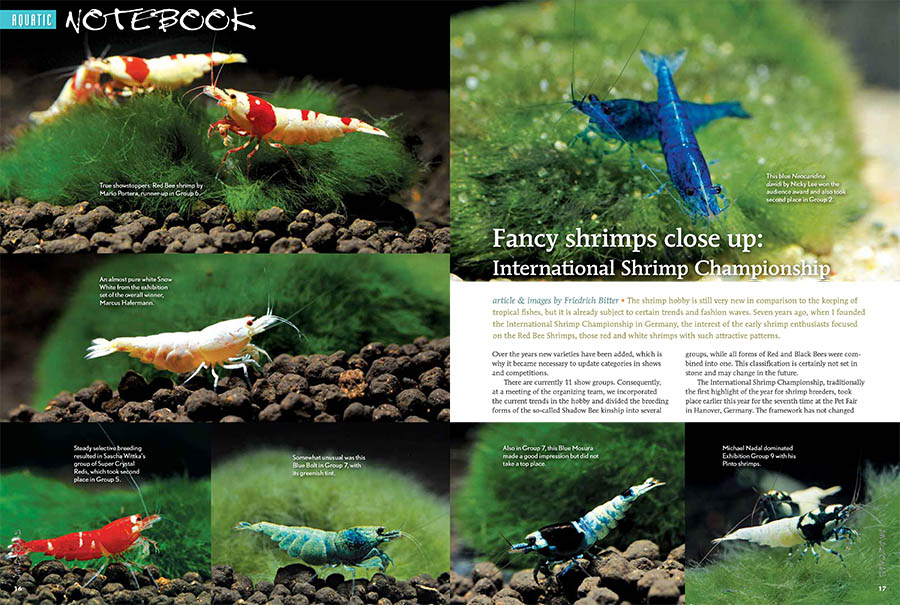 Already a subscriber? ACCESS The Issue Now!
AMAZONAS Subscribers can log in with their email address and read the Digital Edition Right Now

Update: We initially referred to Badis ruber as a “labyrinth fish” in the caption above.  This was our editing error. They share relatives with the labrinthfishes. The magazine has it right.

“A special feature of the Badidae is their interesting reproductive behavior, which is similar to that of the labyrinthfishes. Because of this behavior it is assumed that labyrinthfishes and Badidae had common ancestors but then evolved separately. What remains in Badidae is a relic of the male wrapping around the female during mating.”