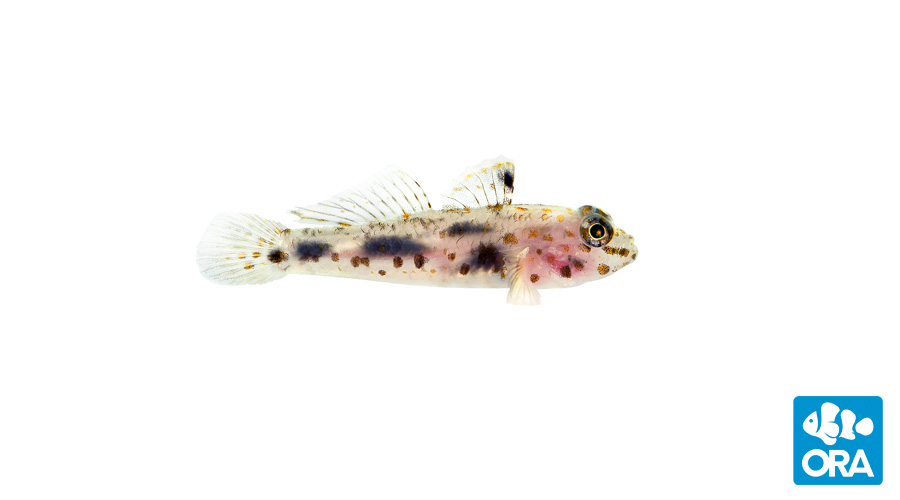 The successful propagation of the Transparent Cave Goby (Fusigobius pallidus, also known as the Pale Sandgoby) adds another species to the ever-growing list of captive-breeding accomplishments, and this may also represent a first for the genus as well.

From materials released by ORA

Sometimes the best camouflage requires no color at all. The Transparent Cave Goby is a translucent fish with orange spots on their flanks and a blue sheen in the unpaired fins. Their internal organs and skeletal system are visible under aquarium lighting. This Indo-West PAcific species reaches 3” (7.6 cm) in size, and they are typically found confidently hopping among rocky rubble, protecting their territory and hunting small crustaceans.

Fusigobius pallidus are not picky eaters and will consume pellets and frozen food. While they are peaceful with most other species of fish, their somewhat territorial nature with conspecifics may limit how many can be kept in the confines of an aquarium.

In our experience each specimen needs about a square foot (900 sq cm) of space to call their own, so in smaller tanks they should be kept singly. In larger aquariums a few specimens can be kept together, and their posturing and territorial displays will charm both the seasoned and novice aquarist.