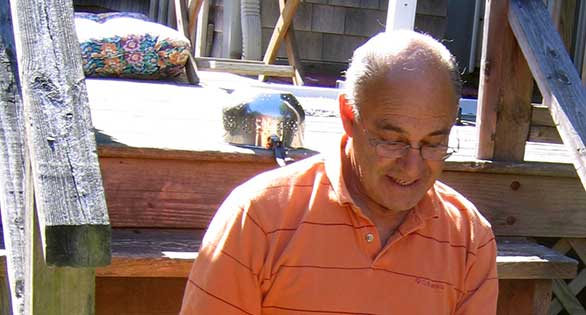 Prof. Terry Siegel, MASNA Aquarist of the Year for 2015.

One of the pioneers of marine aquarium publishing, Professor Terry Siegel, takes the high honors of Aquarist of the Year (AOY) at the 2015 MACNA Conference in Washington, DC. Outspoken, witty, and an accomplished reef aquarist in his own right, Siegel retired in 1999 after a 33-year career teaching English at the Pratt Institute in New York. He is best known for publishing Aquarium Frontiers, a highly praised magazine for marine aquarium experts, and for helping to found Reefs.org and Advanced Aquarist.

MASNA is proud to present this award to Terry for his continued support of the hobby as well as his pioneering efforts in establishing highly respected journals such as Marine Aquarist and Aquarium Frontiers. In addition, Terry is responsible for establishing Reefs.org and Advanced Aquarist magazine.

As both editor and author, Terry strived to publish scientifically accurate content regarding reef aquaria. Siegel says, “I have always insisted throughout the many editorials I wrote that we present to the public information that is more than the smoke from somebody’s opinion pipe or simple anecdotal observations, but information rather that was quantifiable, repeatable, and scientifically accurate. Creatures that we keep in our reef aquariums deserve no less.” 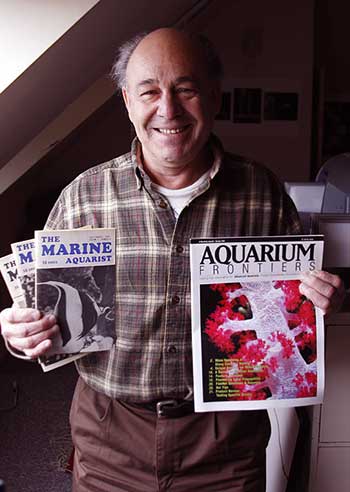 Terry Siegel with copies the periodicals he published: The Marine Aquarist and Aquarium Frontiers.

In addition to insuring that accurate data was being presented in his publications, Terry was also instrumental in the development of many of the authors and speakers that we rely on today. If one were to look back on early publications, they would find that these hobby elite published their early works in one of Terry’s many publications.

Terry is also an active aquarist, maintaining both fresh water and marine biotopes. His 500-gallon marine reef was featured in Sprung and Delbeek’s “The Reef Aquarium” series. Siegel commented, “In that aquarium most of the corals had grown considerably, over approximately a dozen years, from coral fragments. Many of the fish including seven surgeonfish managed to stay together in that aquarium for at least a dozen years. In fact one fish, a tomato clown fish, spent 25 years in various reef aquariums of mine.”

The first MASNA award was presented in 1995 to Martin Moe and has been awarded every year at MACNA. Terry becomes the 21st annual recipient of this award. MASNA members submit Aquarists of the Year and a panel of past MASNA award winners selects the winner.

SOURCE
From materials released by MASNA.
MACNA and Aquarist of the Year are registered trademarks of the Marine Aquarist Societies of North America (MASNA).
For more details about MASNA and its member clubs, please visit
http://www.masna.org.