Following on from my introductory blog that helped to define aquascaping, the next step is to discuss two very distinct and contrasting aquascaping styles: Dutch and Nature Aquarium. 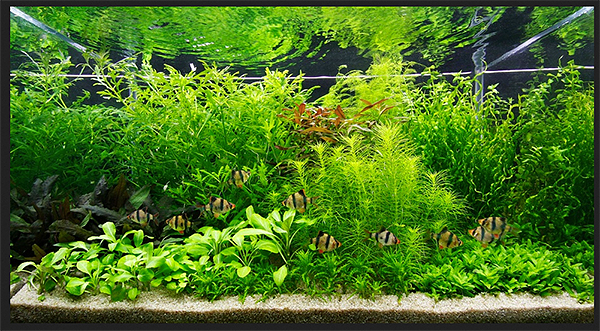 Aquascaping has many styles but there are two that stand out from the rest in the modern era of Aquatic Gardening – Dutch and Nature Aquarium. Other styles worthy of note but go beyond the realms of this particular blog are Biotope, Jungle, and Paludarium/Riparium.

The first style emerged in the early 20th century in Holland. Unsurprisingly it’s known as the Dutch style, and it still has a strong following in the Netherlands. It’s a very formal style with strict rules which must be followed to the letter according to the Dutch Society for Aquarists (NBAT), which was formed in 1930. Plants are arranged neatly into groups with special care taken over their positioning according to colour, size, and texture. Rows of plants are pruned to create “streets” that draw the eye across the aquascape. Very often the aquarium itself is only viewable from the front pane, with the sides of the tank being closed off completely. This gives an interesting effect that frames the aquascape with the aquarium surroundings and cabinet often forming part of the room’s furniture.

Every year NBAT holds a contest in Holland where the Dutch aquascapes are judged in person using strict criteria including choice, quantity, and health of fish, choice and health of planting, water parameters, safety, technical equipment, decorative materials, and composition. In contrast to most other contests where submissions are undertaken via digital photographs and the web, it eliminates the potential for any cheating via the overuse of image manipulation.

Dutch aquascaping is not a particularly popular style. Even in Holland, the membership of the NBAT has fallen from over 24,000 at its peak to under 4,000. The reasons for this are perhaps the rigidity and formality of the layouts when compared with the likes of the Nature Aquarium, Jungle and Biotope styles. Jungle and Biotope styles are worthy of more discussion in forthcoming blogs.

Having tried my hand at Dutch style aquascaping myself a few years ago (see the video at the top of this page), I can say it is rewarding but surprisingly difficult. My attempt falls way short of being a true Dutch aquascape, but you can hopefully see a resemblance. Perhaps one day I will give it another shot, especially as there is now a separate category for Dutch style aquascapes in the Aquatic Gardener’s Association (AGA) International Aquascaping Contest. 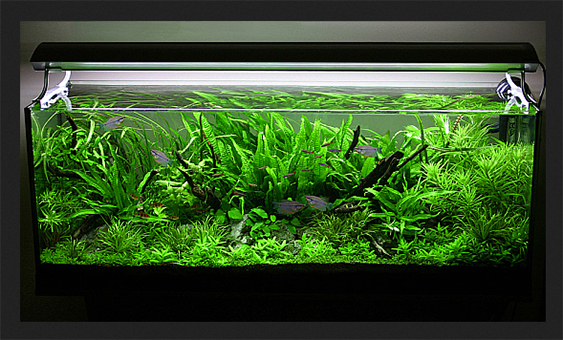 The second style I’m going to talk about, and arguably the most popular style of freshwater planted aquascaping, is known as Nature Aquarium style. This was pioneered by Takashi Amano, who is regarded by many as the godfather of modern aquascaping. With Amano’s book, Nature Aquarium World Book One, he inspired many, me included, to get into aquascaping. Amano’s company, Aqua Design Amano (ADA), a high-end planted aquarium product line, hosts the world’s largest aquascaping contest, the International Aquatic Plant Layout Contest (IAPLC), which has over 2,500 entries from over 60 countries and a top prize of around $8,000.

The concept relies of bringing a sense of nature from outside into the aquarium. Heavy use of wood and rocks are typical of a Nature Aquarium aquascape and planting is rarely very formal, with more emphasis on creating something that looks natural. This is in stark contrast to the formality of the Dutch aquascape. The Nature Aquarium style can be divided into further categories including Iwagumi, Ryuboku and Diorama, all of which will be discussed in forthcoming blogs.

Which style do you prefer: Dutch or Nature Aquarium? Can you explain why?

George Farmer is an internationally renowned professional aquascaper and planted aquarium expert from the UK. He contributes regularly to various international fishkeeping magazines and websites, and gives talks and demonstrations all over the world. George co-founded the UK Aquatic Plant Society in 2007 and is a member of the Aquatic Gardeners Association (AGA) where he was the keynote speaker at the 2015 AGA Convention in Washington DC.