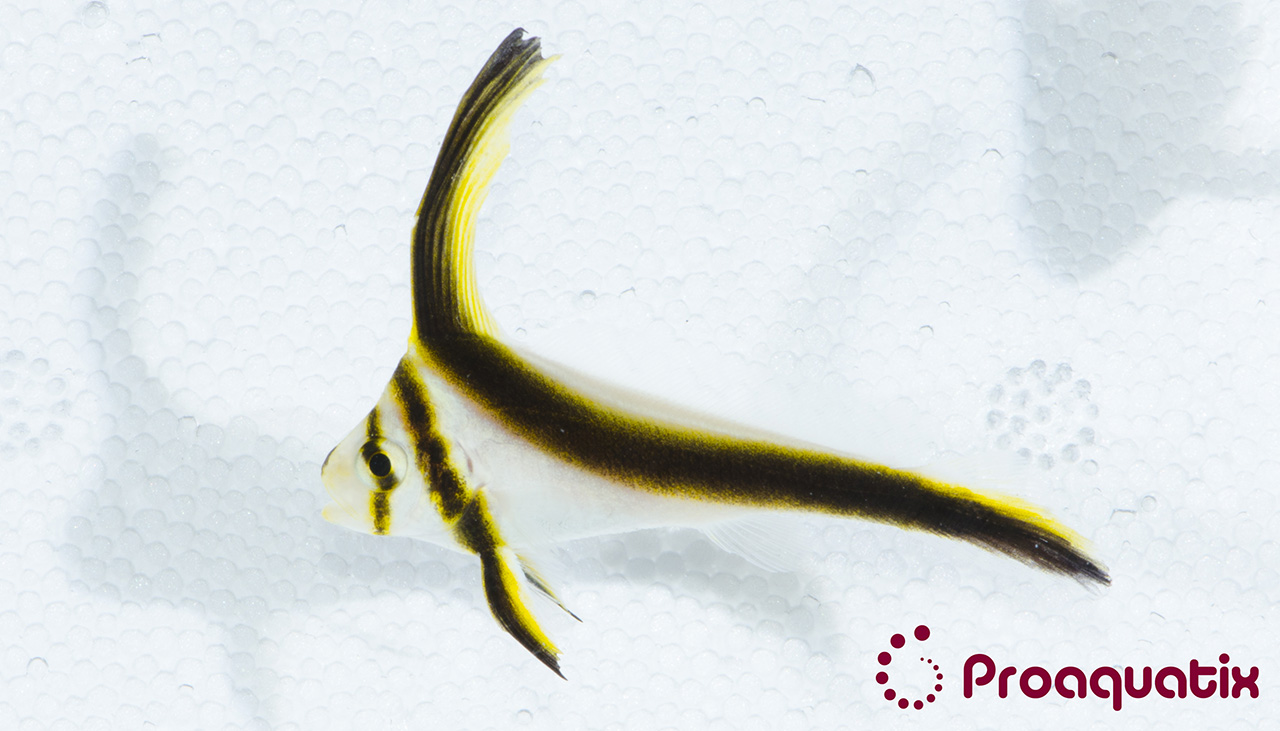 In mid-April 2015, Proaquatix collected the first spawn from a group of Jack Knives (Equetus lanceolatus). Rearing of the larvae lasted only 2 months. Several small test orders have been sent to customers overseas. The success and numbers are great enough that, barring any unforeseen circumstances, Proaquatix should be able to fill the industry demand for Jack Knives and replace wild collection.

The original spawning group was collected and delivered by Dynasty Marine. In typical Dynasty Marine fashion, they were gorgeous, healthy specimens. Interestingly, these Jack Knives exhibited an accent of gold coloration that we had not seen before. The spawning group was held for about a year before the first spawn. Some artificial manipulation was used to achieve/collect the first spawn. 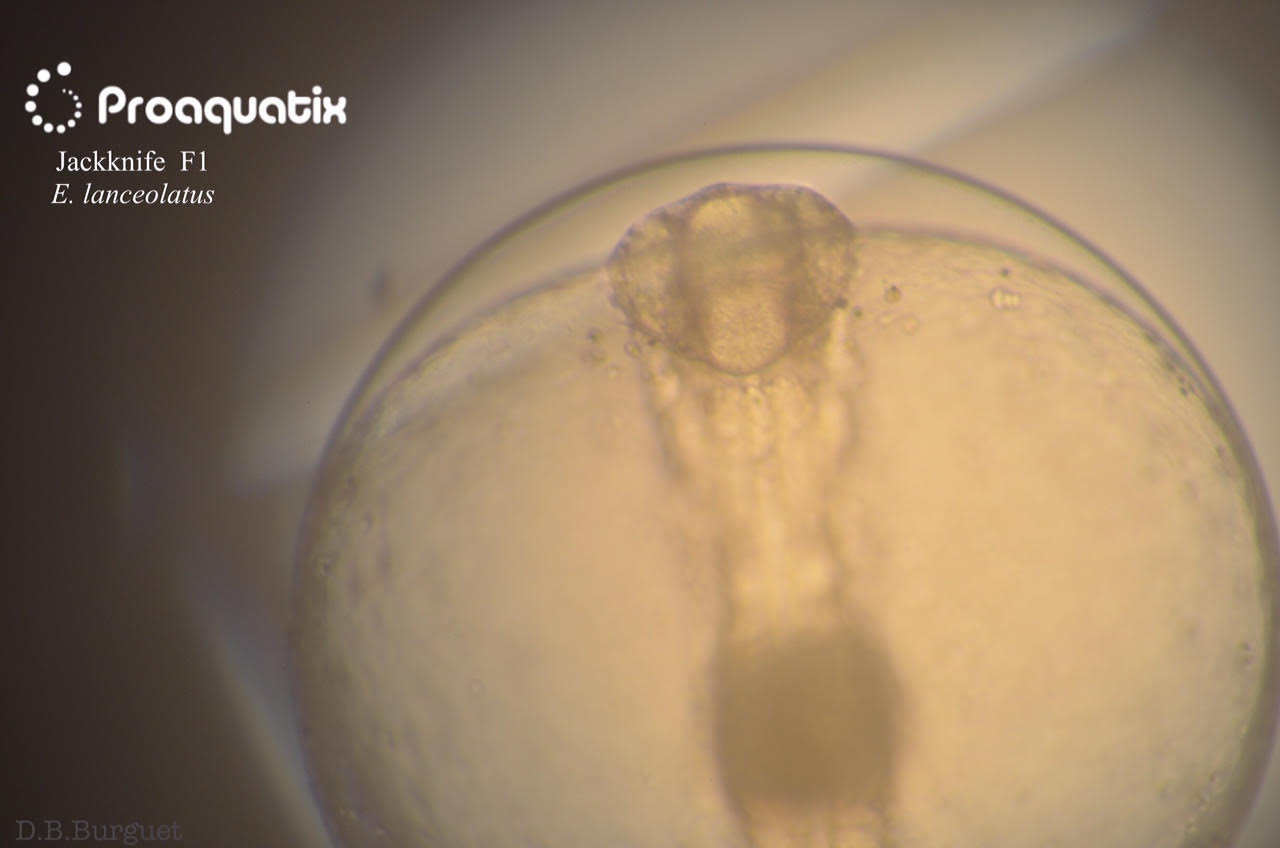 The wild broodstock were not always easy to keep. It took some time to wean them on to prepared foods. In addition, they were treated for infection twice (which is rare after initial acclimation). 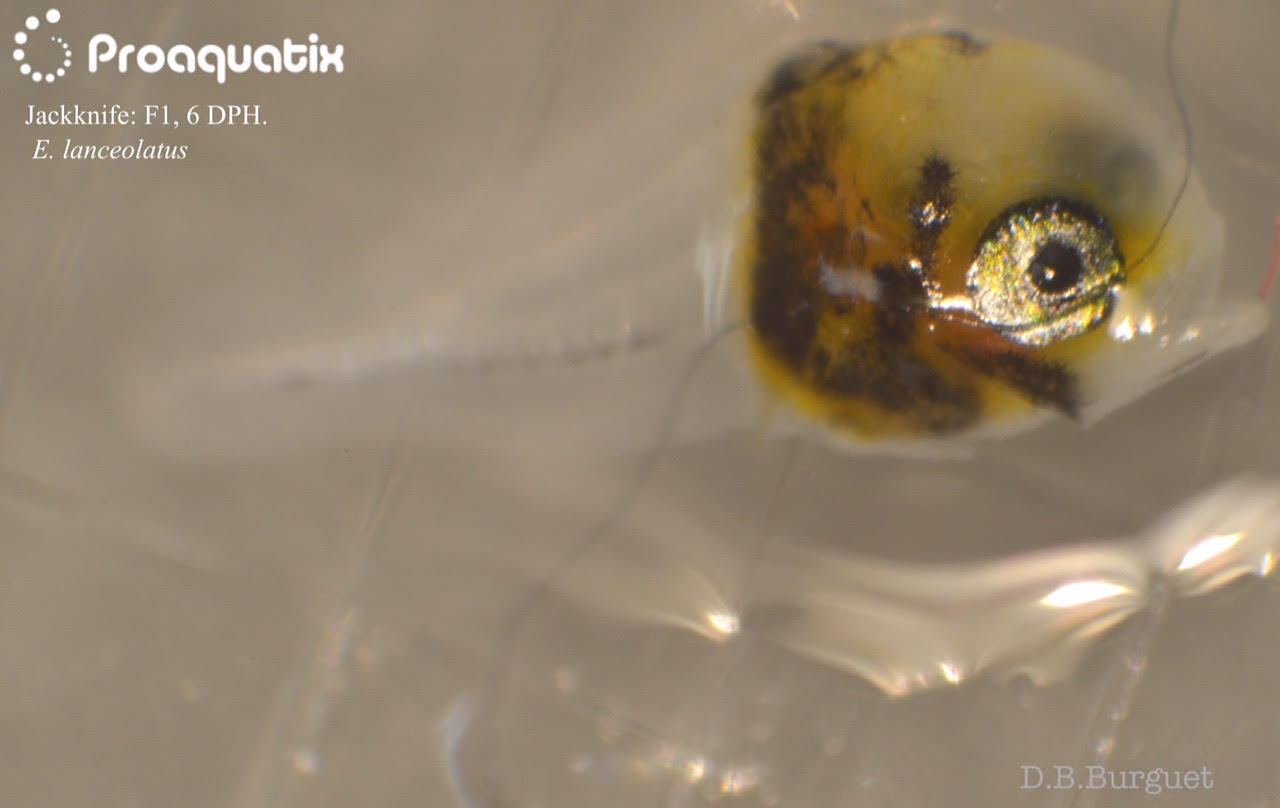 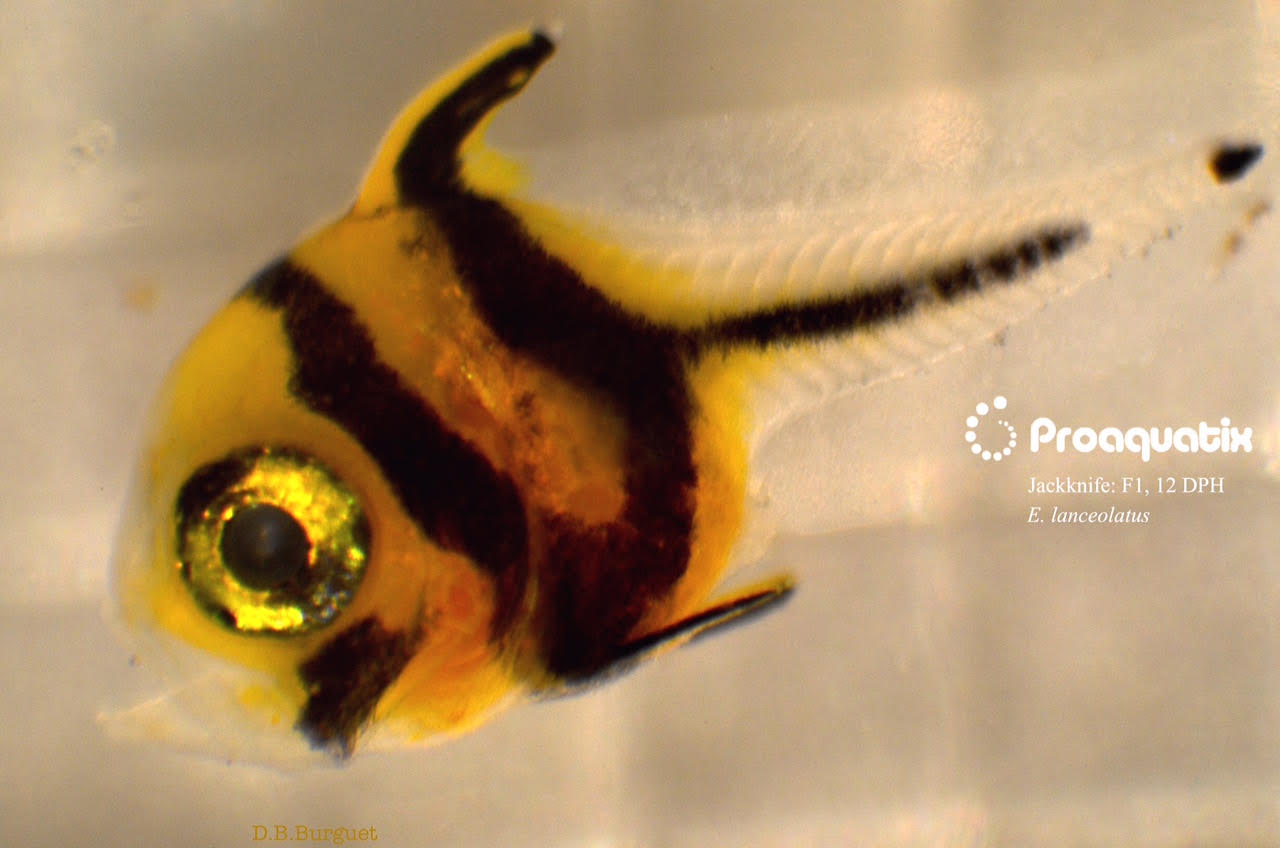 The larvae were easy to raise with minimal deviation from our normal protocol for pelagic eggs. They grew very quickly and were market size within 2 months.

Initially after metamorphosis, the post larvae/juveniles were bright gold/black. They quickly lost 80% of the gold coloration, but seem to retain a significant gold border. We’re very interested in the gold accent and we would love to understand the reason for the regional variation.

The juveniles were also very easy to manage. They have proven to be hardy shippers and have not had any disease/infection issues in growout. Like all Proaquatix fish, Jack Knives are trained onto pellets at an early stage and will happily accept dry and frozen food.

If the demand is great enough and the market is receptive/supportive of these fish, then Proaquatix will establish several spawning groups to create year-round availability. We will attempt to price these fish to compete with or beat wild Jack Knife prices as long as we can do so without losing profitability. They are available from Proaquatix today.