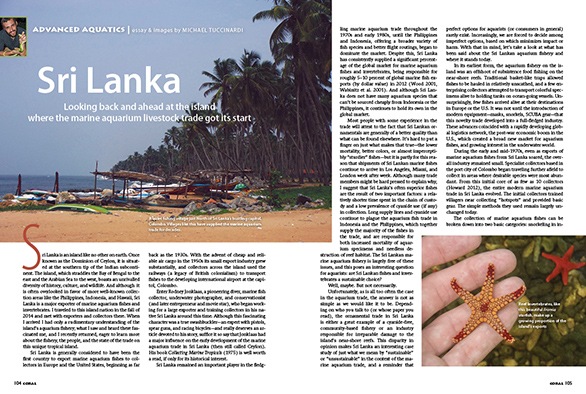 Sri Lanka: Looking back and ahead at the island
where the marine aquarium livestock trade got its start

Ekaratne, U.K. 2000. A Review of the Status and Trends of Exported Ornamental Fish Resources and their Habitats in Sri Lanka. Bay of Bengal Programme, Chennai, India.