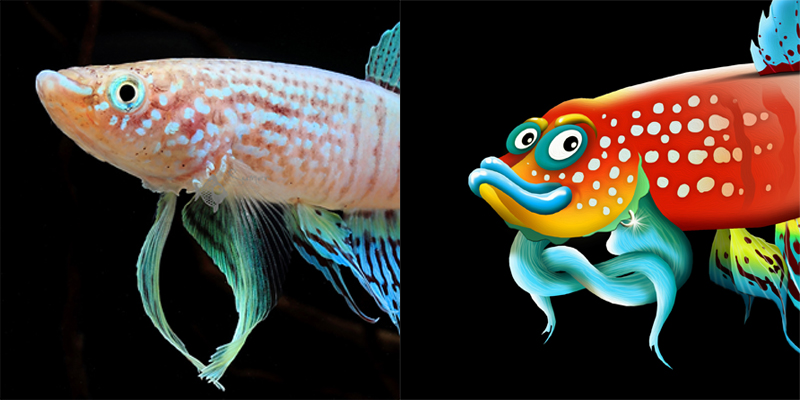 Who doesn’t like cartoons? We all were crazy about them at some point; some of us still are.

I have always been a fan of cartoons, Baloo (from “Talespin“) being my favorite. When I was thinking about making a new watermark and logo for my website, the idea of mixing cartoons and my fishes struck my mind. I had seen some caricatures of Tanganyikan fish on the forums. I took those as the inspiration and started working on narrowing down the list of fishes that I would like to see as cartoons.

I started with a list which had around twenty species. Pterophyllum altum, Betta macrostoma, Betta hendra, Altolamprologus compressiceps ‘Sumbu Shell’, Dario hysginon, Fundulopanchax sjoestedti, Apistogramma luelingi, Corydoras melini, Etroplus canarensis, etc. I was thinking about their characteristics, their habits, their looks and how these things would adapt into a cartoon.
After a very lengthy thought process, I settled down at four species: Fundulopanchax sjoestedti, Betta hendra, Etroplus canarensis and Apistogramma luelingi.

Then I had to find someone who could make the cartoons for me. I contacted a few illustrators here and there, but none of them was an aquarium hobbyist, so it was very hard for me to explain (and for them to understand) what I was looking for in the cartoons. Then I realized that I had someone in my Facebook friend list who was an aquarium hobbyist and an illustrator: Kunal Kundu. (You can see more of his work here.)

When I told him about this little project, he was on board almost immediately, but he had some assignments going on at that time, so I waited a couple more months. This was around Nov-Dec 2014. Then, in February 2015, he had some open time windows, so he took my project in his hands. We kept talking about it. He helped me refine my idea a little more. Finally, in April 2015, he started working on these, and recently I got the final files from him.

So, here are the first two of four “Fishtoons”:

1. Fundulopanchax sjoestedti: If you have kept Blue Gularis Killifish, you know how showy the males are. That’s the only way they lure the females. Bright colors and big fins make them look very dramatic. That was the essence of this fishtoon. 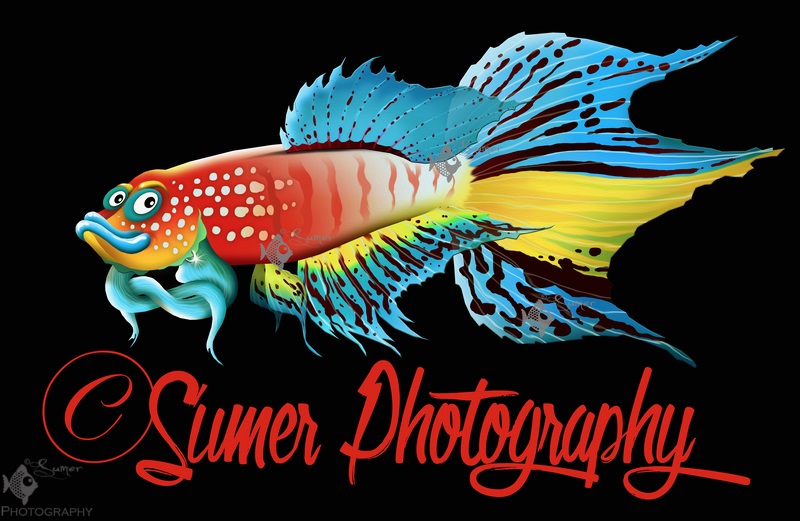 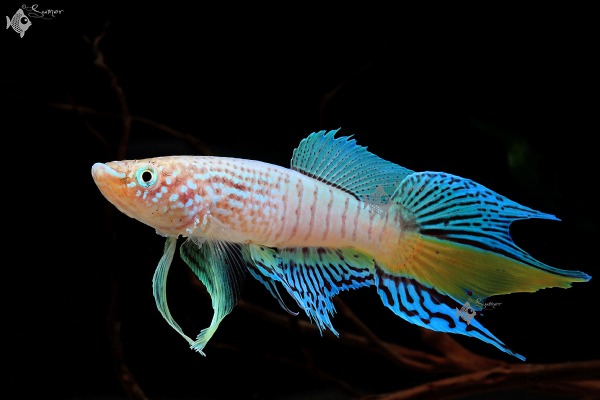 A male Blue Gularis that I had in the past.

2. Betta hendra: I talked about Betta hendra in a previous blog post. As you’d expect from most Betta species, they are very grumpy. They get angry when they look at a similar-looking fish. They also show their fierce side while hunting down worms or brine shrimp. So, the idea was to show the male’s grumpy side in this fishtoon. I absolutely loved this one. 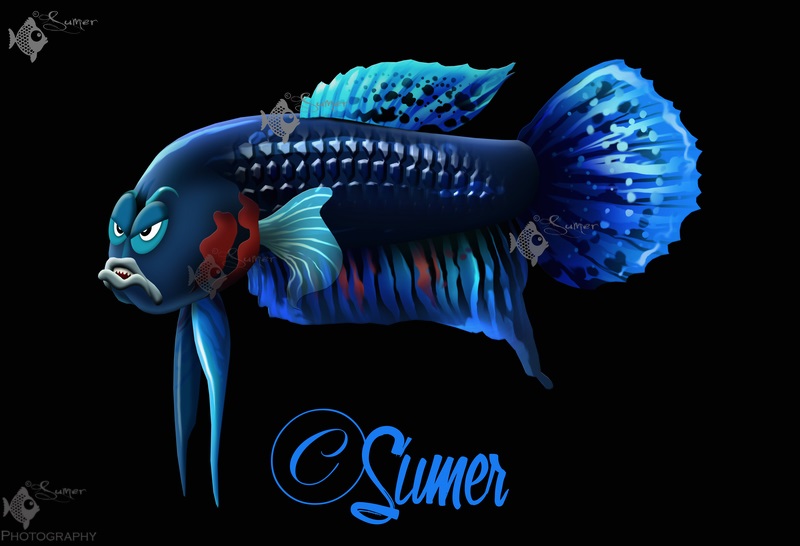 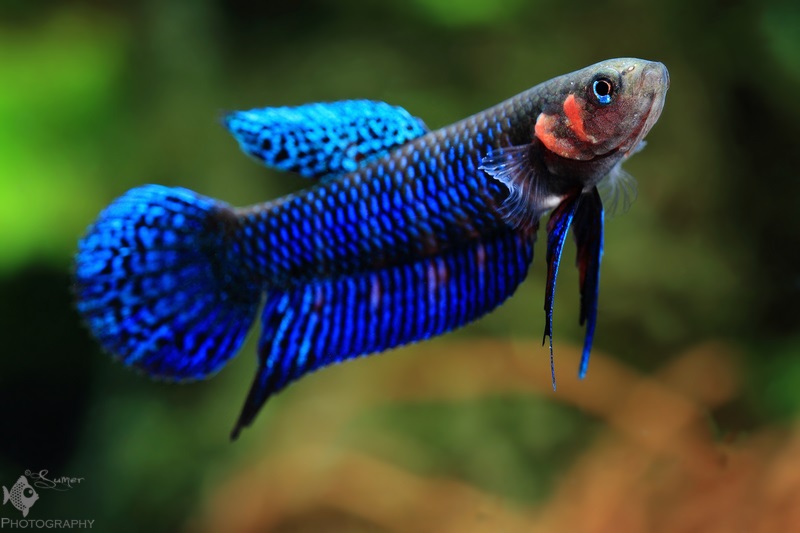 I will soon write about the third and fourth fishtoon. Stay tuned!