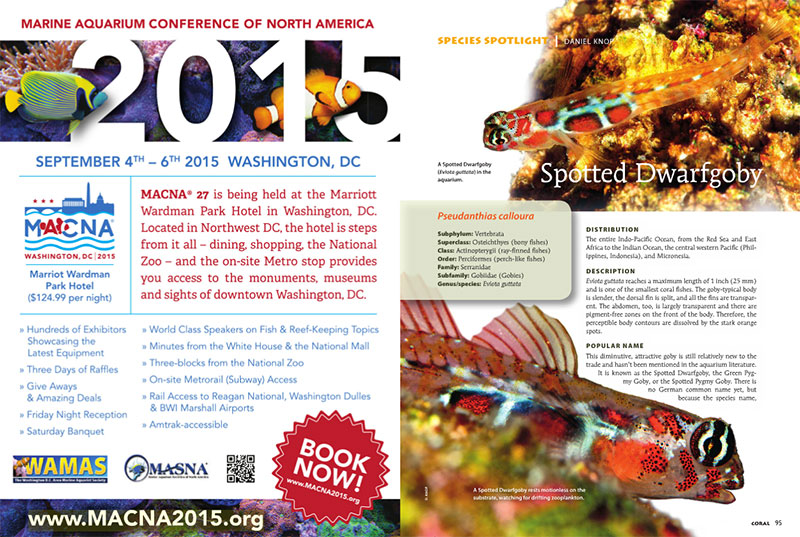 The opening spread of the “Spotted Dwarfgoby”, the species spotlight in the May/June 2015 issue of CORAL Magazine

The editors of CORAL Magazine regret that a species name was listed incorrectly in the print edition of CORAL. The orange heading for taxonomy box should read Eviota guttata, not Pseudanthias calloura (the species featured in the issue prior). Additionally, the family and subfamily information is incorrect. The Family should be Gobiidae, and the subfamily Gobiinae. 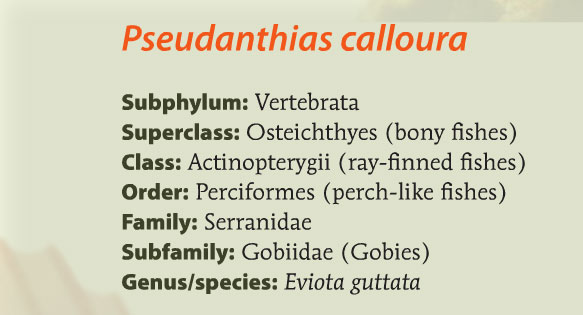 A regrettable error; the species name at the top of the table was is incorrect, and family / subfamily entries were also in error.

All the erroneous information is being corrected in the digital edition.