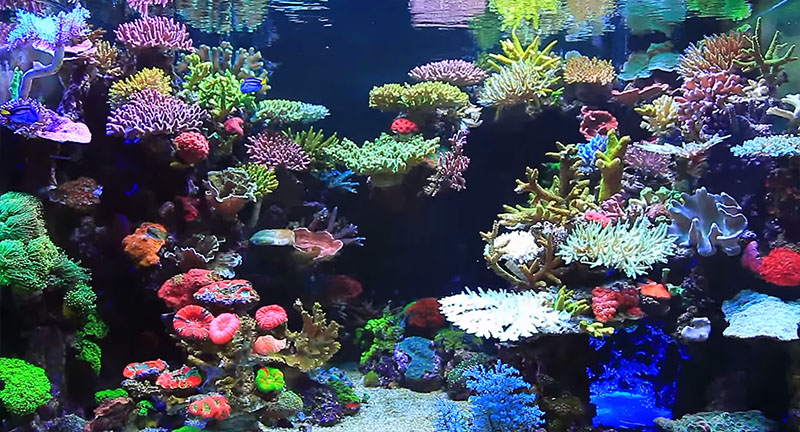 The artistry of Korea’s Youngil Moon was all too briefly shared with the world on a popular internet forum in 2014. A few people recognized the aquarium for the masterpiece it was, but in the end, the internet moved on and were it not for social media and happenstance, I wouldn’t know anything of Moon or his work. This stunning video should entice you to read on.

I reached out to Moon well in advance of this feature, but haven’t heard back. Thus, in Internet detective fashion, I’ve been able to learn that Moon appears to be in the aquarium industry in Korea, designing and installing aquariums. The aquarium featured is a 250-gallon reef with a footprint of  approximately 51″ X 39″, and 31″ in height. Two 400-watt 20K Radiums light the tank, and are supplemented with another 147 watts of Royal Blue LEDs.

Based on details and system sketches, this aquarium is maintained by a 100-gallon sump system, which includes a large Caulerpa-filled refugium lit on a reverse photoperiod with a 400 watt 5500K metal halide. The system also includes a chiller, mechanical filtration, and protein skimmer. Sketches and comments also suggest that this system may in fact have 3 calcium reactors installed, along with a dosing system which is potentially adding Strontonium, Iron, Iodine and Potassium to the system.

Zooplankton is fed to the reef, and dosing schedules include amino acids and iodine, along with “minor substances sometimes.”

All of this background info might be interesting on its own, but the real story of Moon’s reef is the aquascaping. It is rather obvious that Youngil Moon painstakingly planned this aquarium, starting with very detailed sketches of the layout he envisioned. 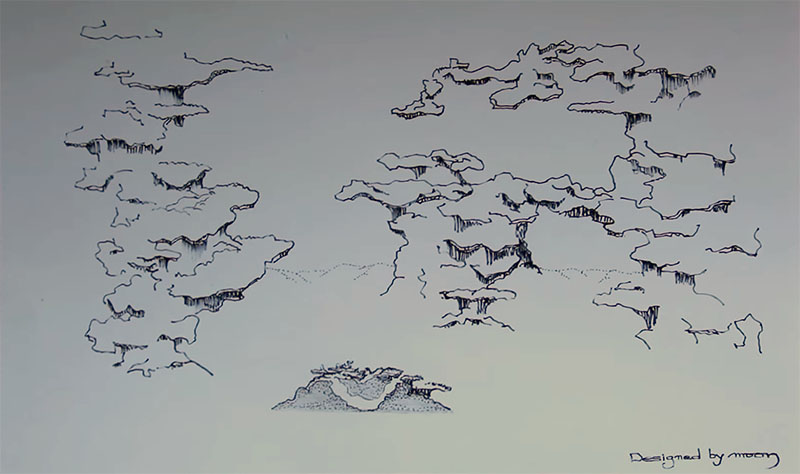 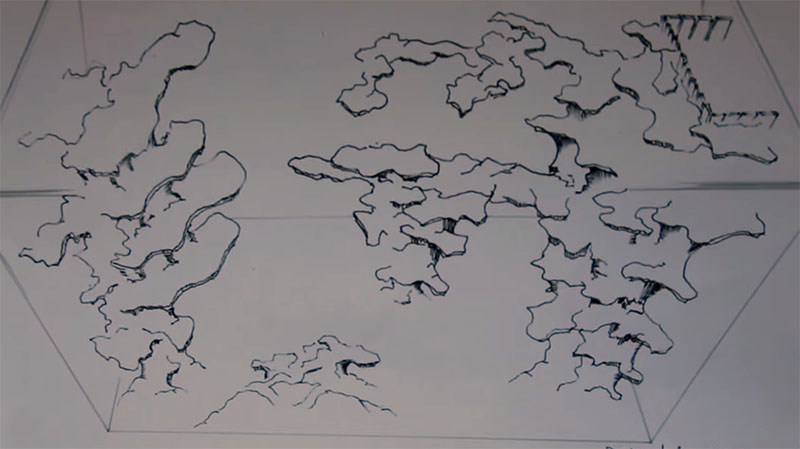 Lucky for us, Moon created a couple videos documenting his aquascaping process. 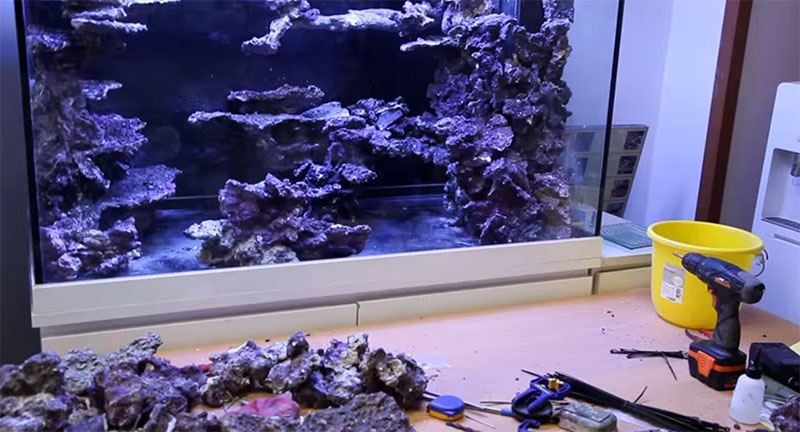 Evidence of a cordless drill and zip ties, tools of the trade in creating stunning aquascapes. – Video still from Youngil Moon.

In this first installment, you’ll watch Moon painstakingly place small pieces of Real Reef rockwork around the overflow box, followed by the installation of a large branch piece which forms the foundation of the upper right rear reef structure. Take special note: Moon carefully adds in previously-prepared smaller rocks that at first glance seem to defy gravity, but it’s clear that Moon has leveraged more than just the occasional zip tie.

In the second video, we get to see the nearly completed rockwork from multiple angles; it is truly remarkable how close to Moon gets to the original sketches he started from.

Moon follows up with one last video, showing the tank’s aquascaping, presuambly in its final form.

I simply can’t get enough of this tank (in case you didn’t notice, it holds some surprises, like the blue LED-lit cave). It’s my hope that we’ll hear back from Youngil Moon yet – our readers need to know more, and Moon certainly deserves more attention than he has currently received on an international stage! In fact, we might share more from Moon in the future! 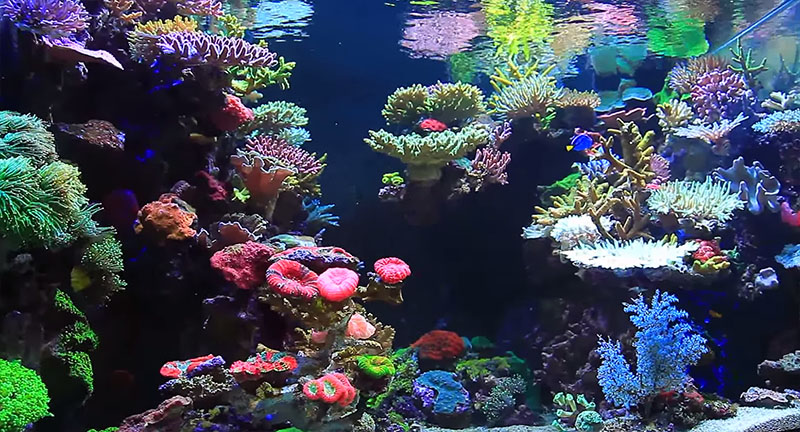 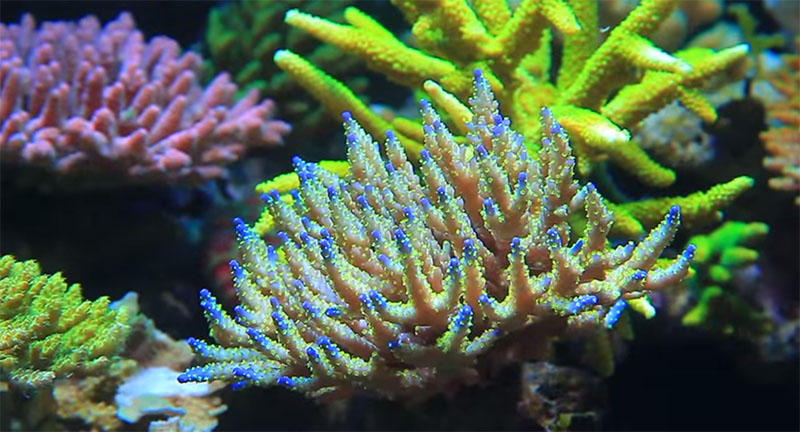 Close-up of Acropora in a stunning aquascaped reef aquarium by Youngil Moon.

You can also found Youngil Moon on Google+