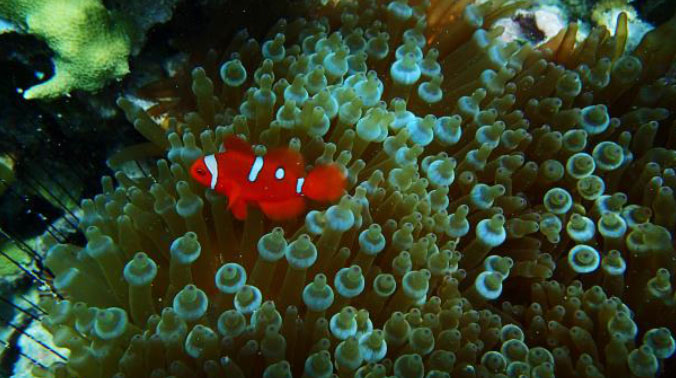 Unusual clownfishes are encountered on the reefs of New Ireland, PNG, including this spotted Maroon Clownfish (Premnas biaculeatus)

Papua New Guinea (PNG) entered the marine aquarium trade for the first time back in 2007 with a bang, delivering the original Lightning Maroon Clownfish (Premnas biaculeatus) and the Gold Nugget Wrasse (Xenojulis margaritaceus) to aquarists. Photos of highly coveted PNG fish filled forum discussions and magazine articles as live fish began making their way into aquarium retail outlets around the world. Then, almost overnight, PNG dropped off the map of countries supplying the aquarium trade.

The why, how, and what happened questions are marred with rumors and typical stories of trade gossip, but one fact remains certain: an industry established on sustainable trade was ultimately unable to sustain itself.

To recap on the saga that has become the PNG marine aquarium fishery, commercial collection and exportation were trialled over the time frame of 2007 – 2013 through the aid of a consultancy agency (SEASMART 2007 – 2010) and a private entrepreneur (EcoAquariums 2011 – 2013) in the Port Moresby region. Some readers of Coral Magazine may recall the coverage of these efforts in years past. Now PNG prepares for its third attempt to propel itself into the marine aquarium market working with international research institutions.

Despite past troubles, the PNG government is undaunted in their commitment to contribute to the aquarium trade and share the unique biodiversity of their reefs with aquarists worldwide. This commitment is now being realized with a “back to the basics” approach to construct the industry from the ground up.

Through a joint initiative by PNG’s National Fisheries Authority (NFA) and Australia’s Centre for International Agriculture Research (ACIAR), past failures and means for future success are systematically being evaluated by scientific researchers and aquarium industry professionals [under efforts known as Marine Aquarium Trade Research: PNG – ed.]. The knowledge gained will be utilized as a foundation block to ensure the full suite of environmental, social, and economic sustainability of the marine aquarium industry in PNG.

The epicenter of the current research focus has been transitioned from previous operations in the Port Moresby region to the northeast-most island chain of PNG, New Ireland. Dominated by islands, this region has a rich tradition in fishing and collecting marine wildlife for subsistence living but has not yet been given an opportunity to participate in aquarium-trade-related activities. A current commitment of four years research funding has been pledged by ACIAR and NFA, with likelihood of further extension to at least 2020. The research topics of interest encompass (1) identification of new species and colorforms, (2) establishing sustainable catch limits, (3) commencing aquaculture production of key species, (4) improving fish transport, and (5) conducting an economic feasibility study. With luck, the results of this research will be encouraging enough to attract private investors so commercialized trade can resume.

Nothing beats the thrill of jumping off a boat in full SCUBA gear to dive an unexplored reef. I was privileged to do just that as part of the preliminary surveys. Outside of a few token dive sites, much of New Ireland’s underwater environment has never been explored. Once you overcome the amazing abundance of fish on these pristine reefs, a few gems manage to stand out of the crowd. 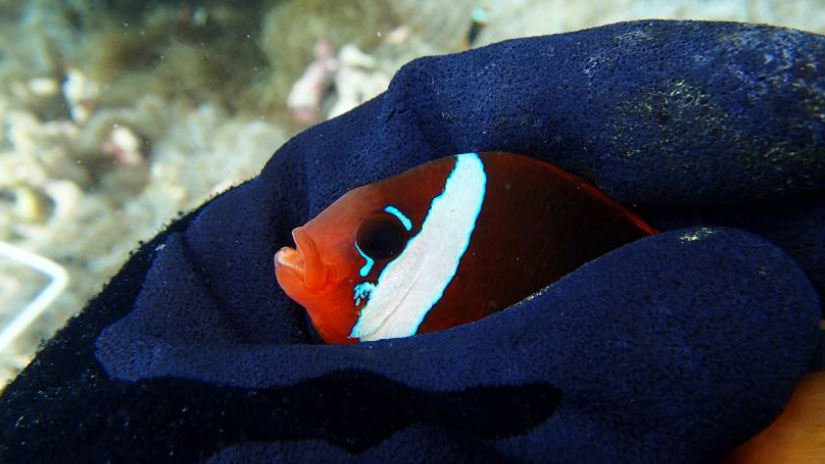 Clownfish! While a definite highlight of past PNG operations, clownfish were definitely a showstopper in New Ireland. Aberrant Maroon (Premnas biaculeatus) and Percula Clownfish (Amphiprion percula) are aplenty. Even more exciting was the presence of the White-bonnet Clownfish (Amphiprion leucokranos). While historically regarded as one of the rarer clownfish in the trade, apparently that memo didn’t reach New Ireland, with white-bonnets being the most abundant clownfish on some reefs! 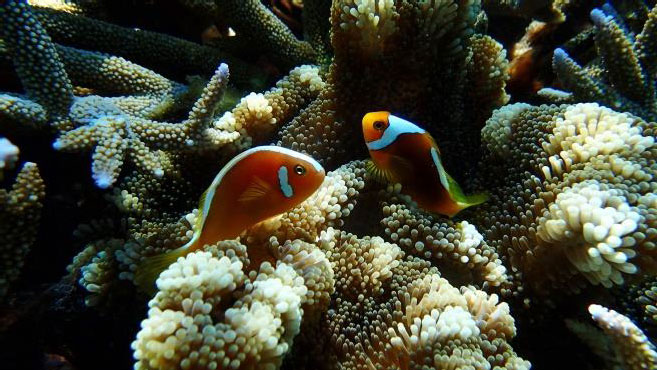 Odd couple – two distinctly different colorforms of the white-bonnet clownfish were paired in this anemone. 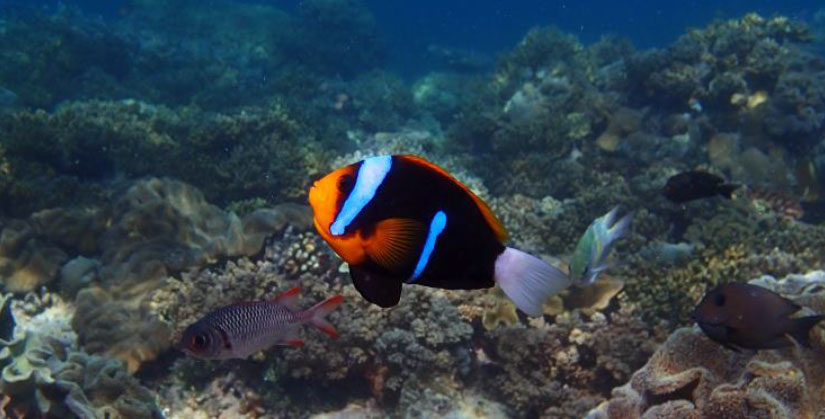 The real excitement came from a humble Percula Clownfish, all dressed up in black! The nearly all-black Percula was one of three encountered during the preliminary surveys and begs the question, “what else is out there?!”

I suspect the possibility of finding another Wild Lightning Maroon (or something of similar excitement!) is definitely on the cards. 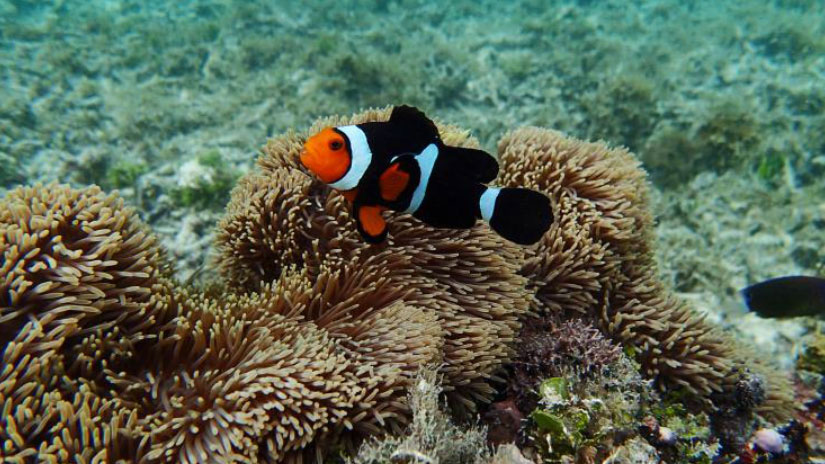 A nearly-completely black Percula Clownfish, A. percula, encountered on the reefs of New Ireland in PNG.

Thane Militz is a project scientist at the Australian Centre for Pacific Islands Research based at the University of the Sunshine Coast. Thane's research focuses on sustainable development of mariculture within the Pacific and the marine aquarium trade.