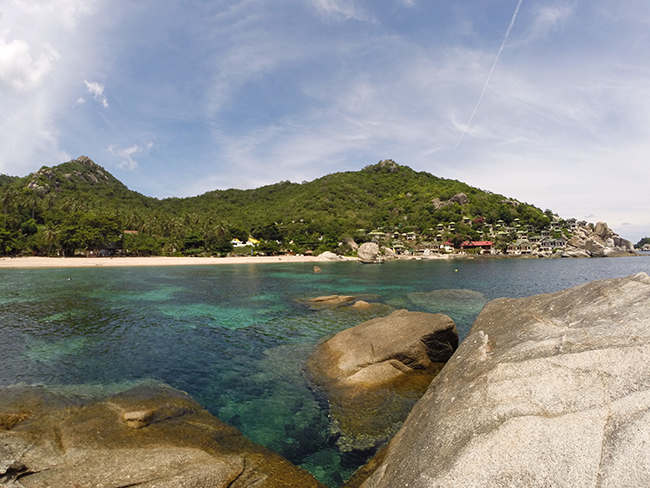 Thailand is famed for its exotic tropical islands and lush coastal landscapes—so much so that this is all many tourists will see of the country. These picturesque destinations, largely spread out along both coasts of the Malay peninsula, are full of popular dive sites and luxury resorts. When I realized I had spent several months in the country (on two separate occasions), without ever venturing near the coasts, I felt a bit obligated to at least see what all the fuss was about. 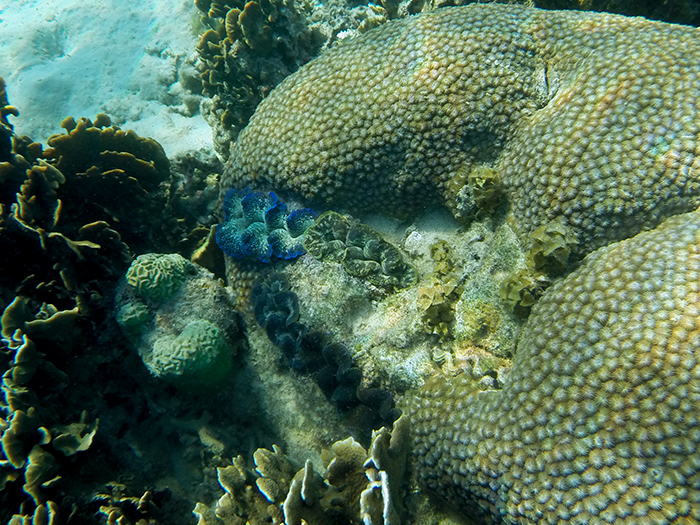 Tridacana clams are known for their vibrant and often variable coloration

My destination: Koh Tao (turtle island in Thai)–among the most popular dive sites in the whole country—for a few days of relaxation and unabashed tourism before heading off on the next phase of my trip. The island, and its epic underwater tableaus, did not disappoint. Despite having heard some negativity regarding Koh Tao’s rapid development into a major tourist destination (and the resulting degradation of near-shore reefs), for the most part the areas I was able to explore appeared in good health. There were of course some noticeable effects from the near-constant influx of tourists and dive groups from the mainland, but overall I did not see the obviously fished-out areas and damaged reefs so common in other “developed” areas of Southeast Asia. 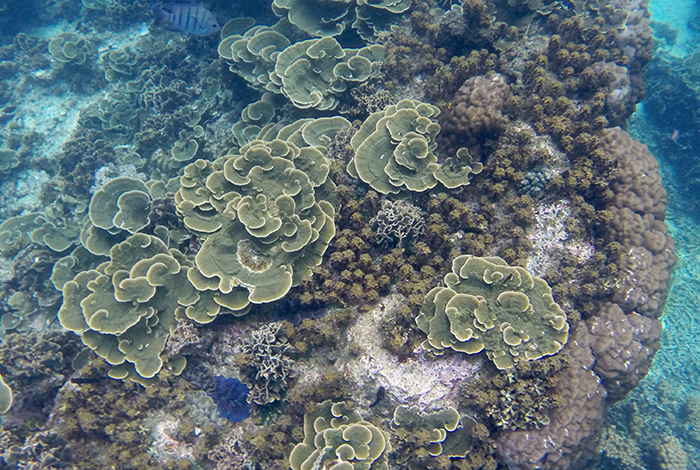 In fact, it was not the corals or diverse communities of reef fish that impressed me most about Koh Tao, but the almost unbelievable abundance of giant clams (Tridacna sp., primarily maxima, crocea, and squamosa). The near-shore reefs were literally teeming with Tridacna of all colors and sizes, and I was hard-pressed to spot even a square meter of seafloor without at least one visible specimen. The abundance of young specimens close to shore seemed to indicate a fairly high recruitment rate, especially considering both the huge number of tourists visiting the island and the habitat destruction which tends to go alongside the sprawling resorts and guesthouses. Although all Tridacna species are protected by Thai royal decree, they are still widely harvested for food in coastal areas. 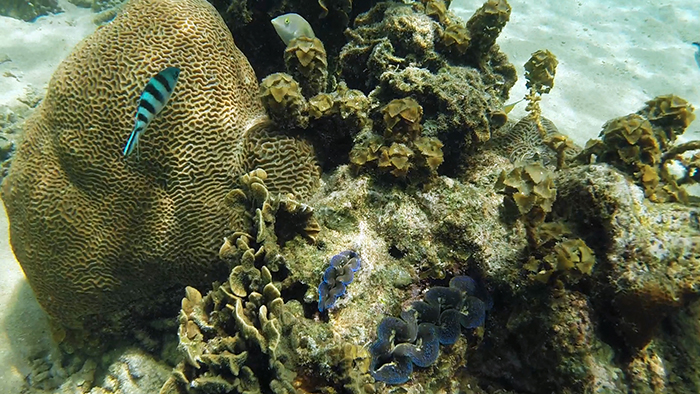 Tridacna clams are considered a keystone species in tropical reefs. Here are two specimens with just their mantles exposed

It is easy to forget that both T. crocea and T. maxima are generally found inside coral heads in the wild, especially after seeing only the 1-2″ aquacultured specimens which have become standard fare in the hobby. I was amazed at how even smaller clams had managed to bore their way into enormous mounding Porites colonies—a process which we would likely never see replicated in a home reef aquarium. The vast majority of clams I encountered were well-situated within coral heads, generally with only their mantles exposed. This preference for the protective shelter of large corals means that exploitation of giant clams can have a doubly-devastating effect as corals are typically damaged in the removal process. 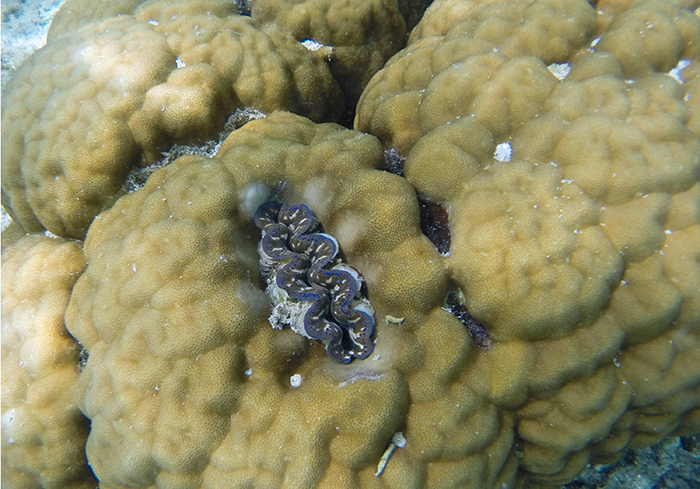 A giant clam embedded within a massive colony of Porites

After some research, I learned that the near-shore reefs around Koh Tao were the beneficiaries of a community-based Tridacna restocking program in conjunction with the Thai department of fisheries (and with support from a number of dive resorts on the island). As part of this initiative, clams are raised in an indoor culture facility on the mainland and then introduced to offshore cages where they are allowed to settle and grow for roughly a year before being moved out to the reef. This program has been ongoing since early 2009 and has seen some modest success in both long-term survivability of transplanted Tridacnas as well as increased abundance—as evidenced by the impressive numbers of these gorgeous clams I witnessed during my time in Koh Tao. 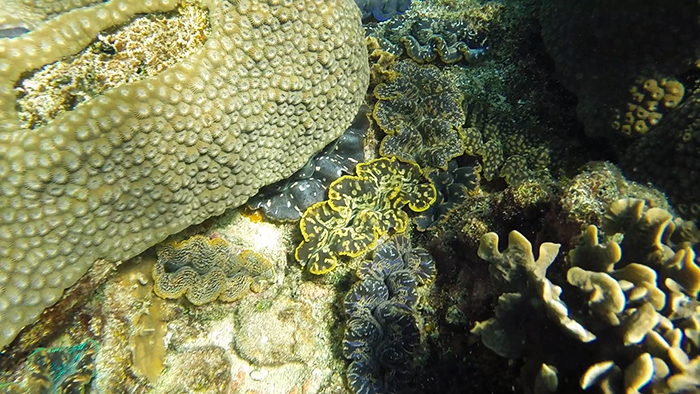