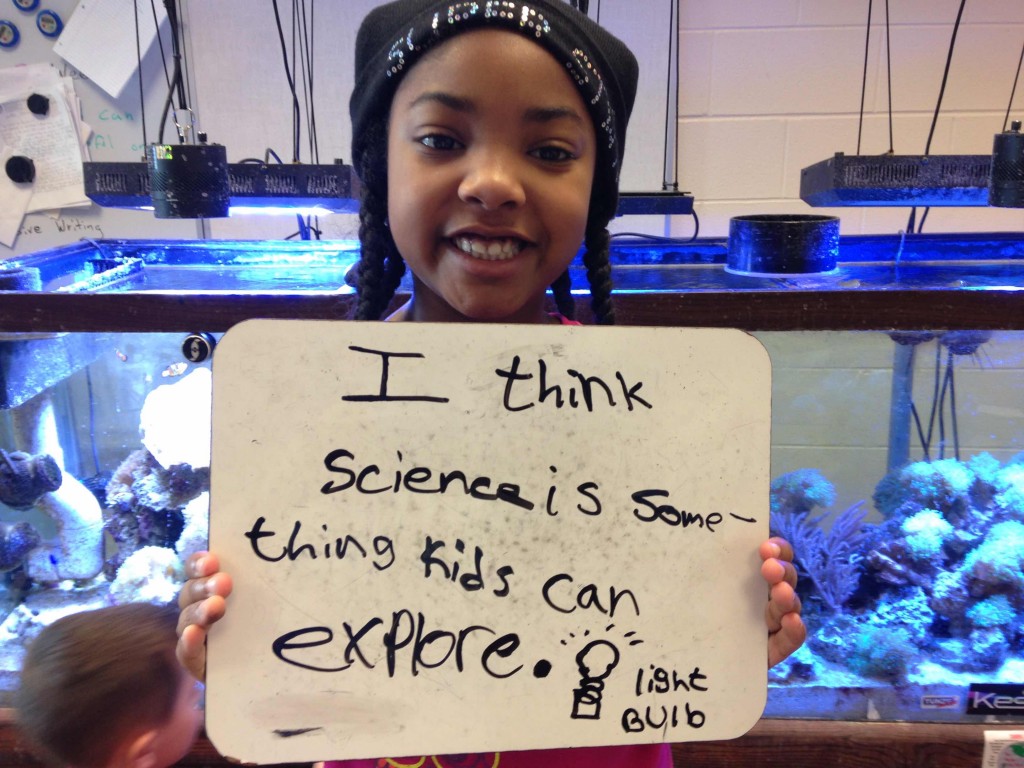 Students from around Stratton Elementary School were asked define science.

What is Science and Why Should I Learn it?

As the embedded photos show, the answer varies among children and adults. I believe that answering this question is fundamental to both aquarium keeping and education in general.

Often, people are only looking for some kind of scientifically-derived piece of information, and they stop the learning experience when they find it. Many aquarium-keepers get in and then out of the hobby through this type of learning: they check off a list of directions to get a desired result, only to realize that biology is a lot more complicated and doesn’t always follow preconceived rules. The knowledgeable reef-keepers who have mentored me seem to have a different approach. They have focused on developing a more universal understanding of biology and chemistry, and they use this knowledge to address specific issues. 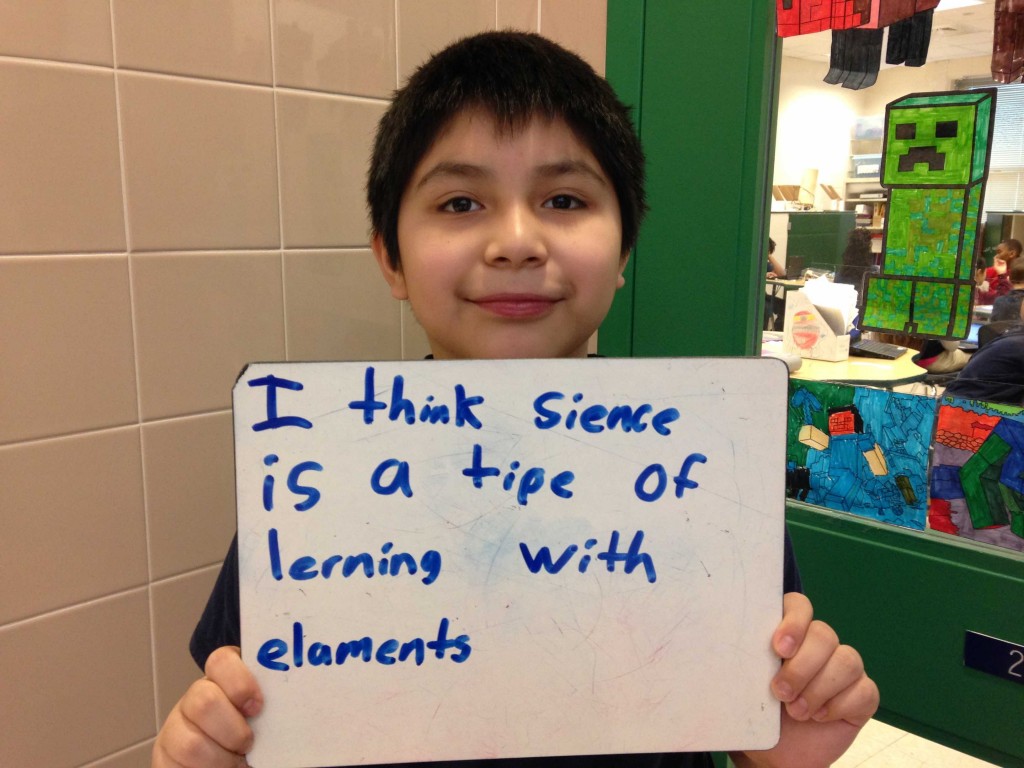 A fifth-grader from Stratton defines science as “a type of learning with elements.” The student is referencing a states of matter science unit that introduces the concept of atomic elements.

If you were to ask me what science is, I would tell you that science is a lens through which we can view the world, and that the scientific method transcends academic thought and can be a powerful way to support children’s basic cognitive development. These days, we are all bombarded with a continual stream of information and experiences that we must assimilate into some kind of comprehensible schema. This is particularly important for children, who are experiencing many things for the first time.

Many of the students I have worked with can’t organize cause-and-effect relationships, and as a result, they feel lost. They lack stabilizing routines that many of us take for granted, and they frequently don’t have a responsible adult around to help explain the things they are experiencing. Because of this, these students often have to interpret the world on their own and can develop an illogical view of reality that lacks boundaries. Issues stemming from irrationality–such as bullying, poor self-esteem, and unreasonable fears–come up in the classroom and must be addressed by teachers. Many short-term solutions are available, but I believe that long-term growth can only be achieved when students learn to apply logic in an organized way, i.e., the scientific method. 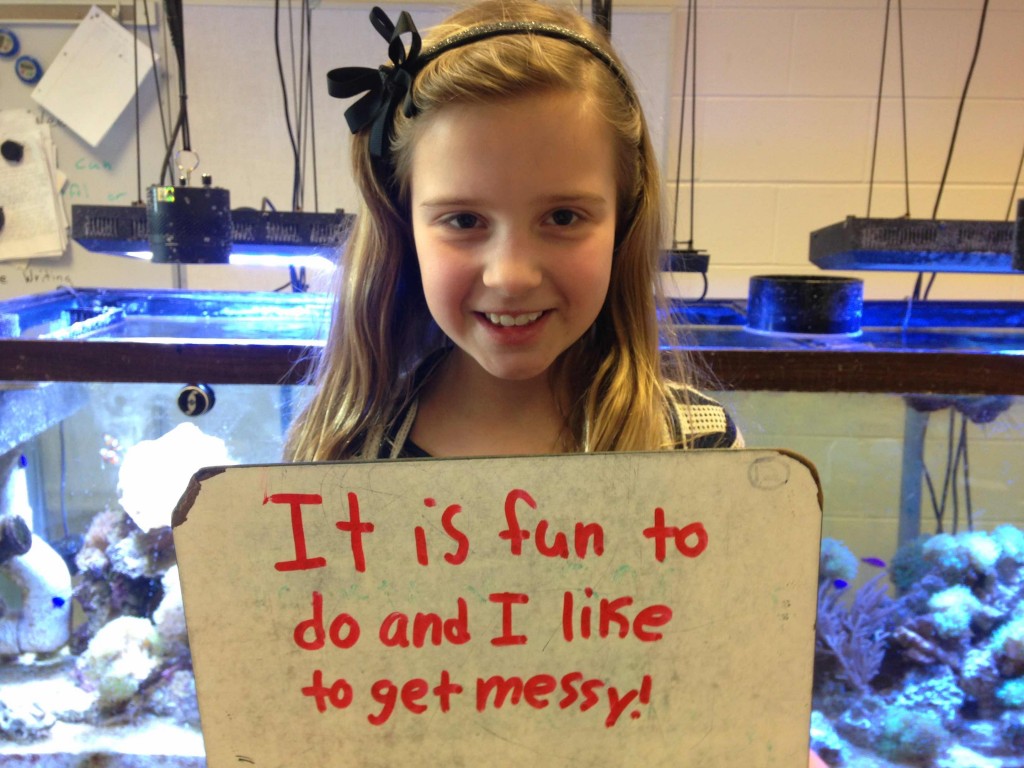 A student from Robeson Elementary visits the coral reef project on Saturday and is asked to define science.

Unfortunately, this is where the typical public school curriculum lets students down. Schools and teachers lack the time and resources for prolonged scientific study. The focus on cramming facts into science lessons imparts the message that science is a topic rather than a system of learning that can be applied to many other areas of study.

I feel that understanding the scientific method can only come through the prolonged study of a complex experiment or project. Students get consistent practice in the process of doing science until it becomes second nature for them. Then, and only then, can science be used as a lens for learning. 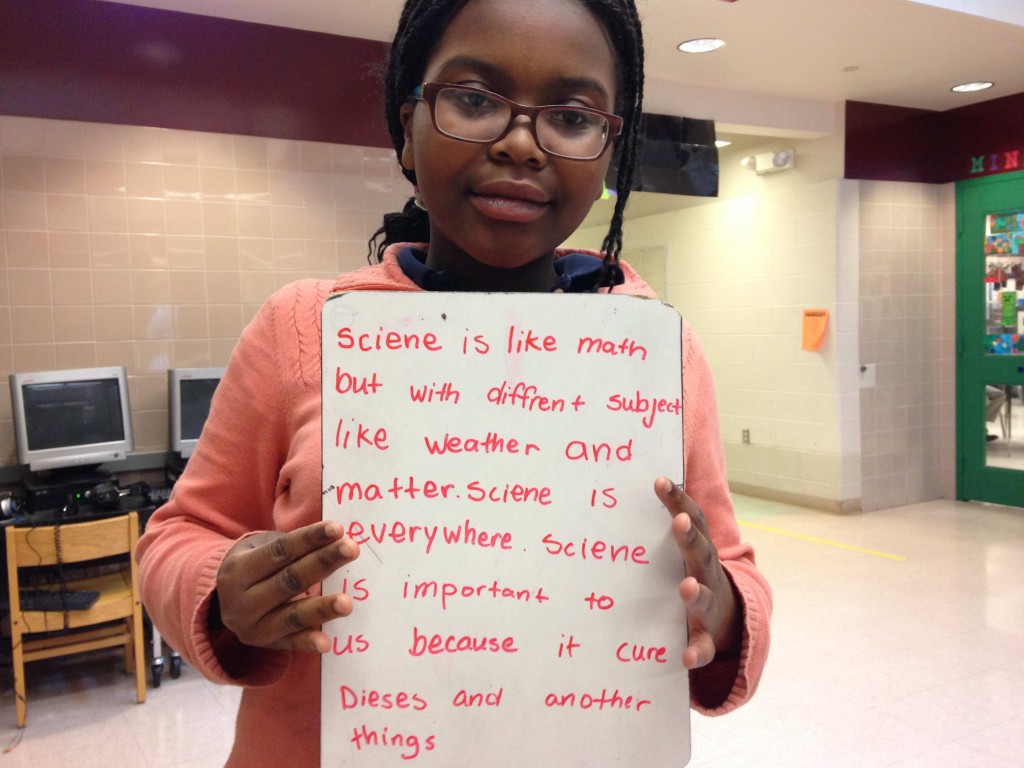 A fifth-grader from Stratton Elementary School is asked to define science. Weather and matter are two ‘stand-alone’ science units taught in 3rd and 4th grades that are content-orientated.

Marine aquariums create a perfect medium for scientific study. One must understand basic chemistry, physics, and a great deal of biology. Aquarium care requires careful observation, precise measurement, and repeated experimentation. Through this study of science, students develop skills to enhance their understanding of other subjects, as well as other aspects of their lives.

I have seen several students make profound changes in their thought processes while working on my coral reef project. One student who comes to mind is Leon. In the beginning of the year, he felt many aspects of school were challenging. Leon often reported feeling frustrated by the work he was required to complete, and he tried to get out of doing assignments by misbehaving. But, as his participation in the project evolved, so did his ability to overcome the challenges he felt in the classroom.

When Leon works after school with me, he is full of questions about coral, fish, or the workings of the tanks. I always correct his misconceptions, but I almost never provide the answers he is looking for. Instead, I point him towards learning strategies used by all scientists. Now, when Leon approaches a problem, he can differentiate between his objective observations, thoughts, and questions. He knows where to look for clear answers and has mastered simple strategies such as reading directions and using the process of elimination to solve more linear problems.

Leon’s classroom teacher, Monty Rose, and I made analogies between the reef project and classroom assignments, and Leon slowly began applying the skills he learned through the coral reef project. As Leon became confident in his ability to take care of the reef tanks, he persisted in completing academic tasks during other parts of the school day. Mr. Rose couldn’t be happier:

“Leon has shown development in applying problem-solving skills to learn math. He doesn’t give up, and keeps on track. He looks for reasons and strategies to solve problems. Many other students quickly jump to conclusions. Leon is more careful now, and tests things first. ”

Many factors influence a child’s performance at school, but it’s clear that, unless schools provide projects that teach learning skills such as the scientific method, students won’t have all of the tools they need to solve problems for themselves. 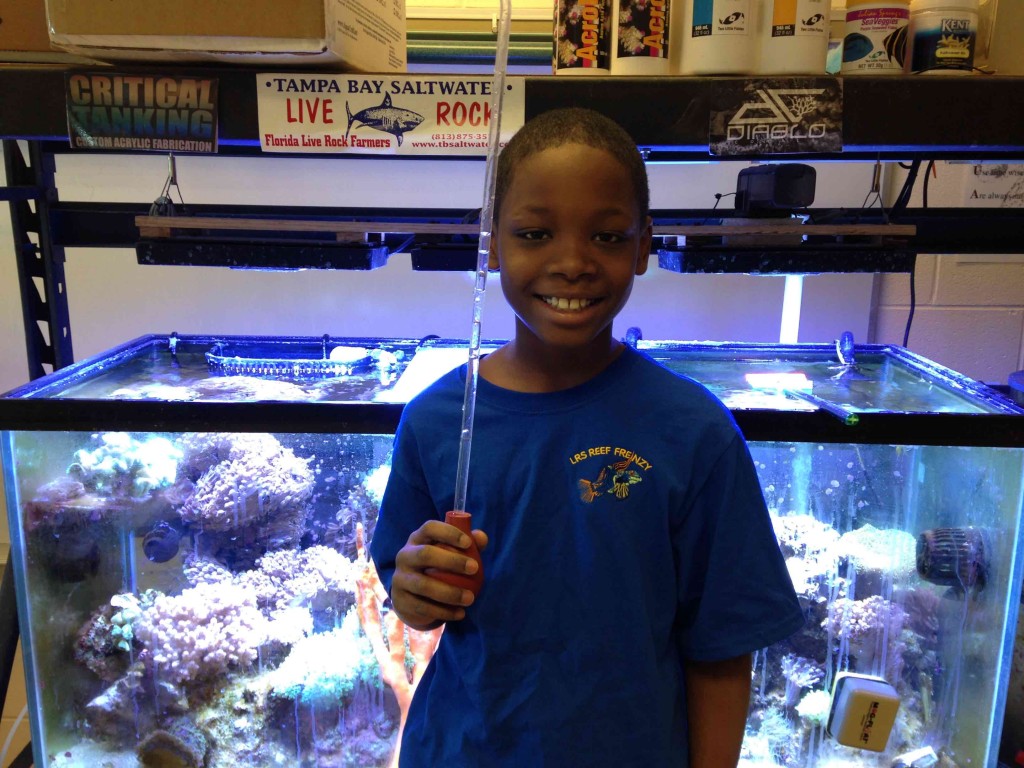 Leon stands in front of the tank that he cares for in his classroom.

Brandon Rutherford is National Board Certified Teacher at Stratton Elementary School in Champaign Illinois. He is interested STEM instruction and the influence of progressive, project based education on the social, emotional and academic wellbeing of children. In 2013 he created a coral reef ecosystem project that uses aquariums as platforms for learning. To date his project has built over 1,000 gallons of marine and freshwater aquarium space around his school that is maintained primarily by students. Brandon continues to work with the marine aquarium community to promote aquarium keeping and science education in schools.