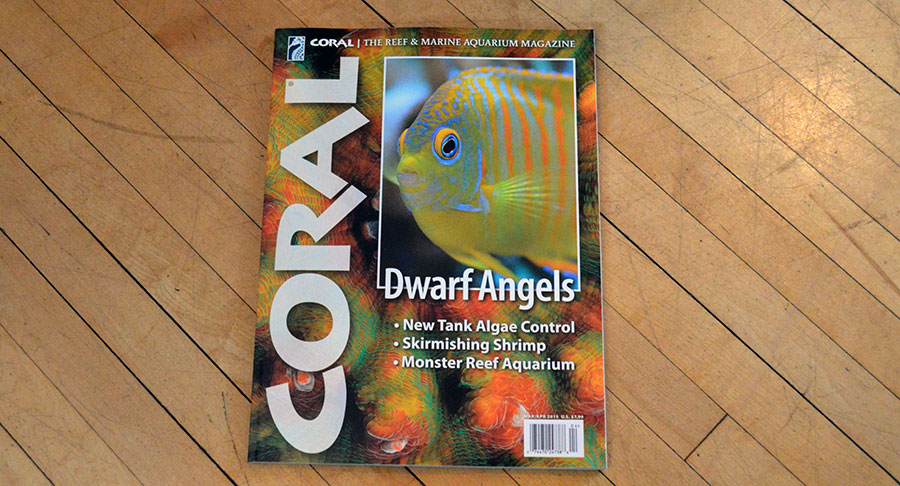 The cover of DWARF ANGELS, our feature for the March/April 2015 issue of CORAL Magazine 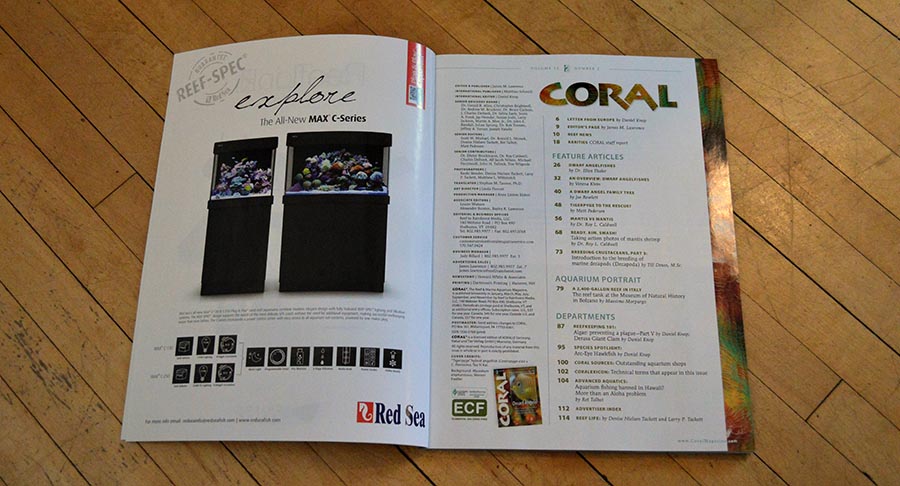 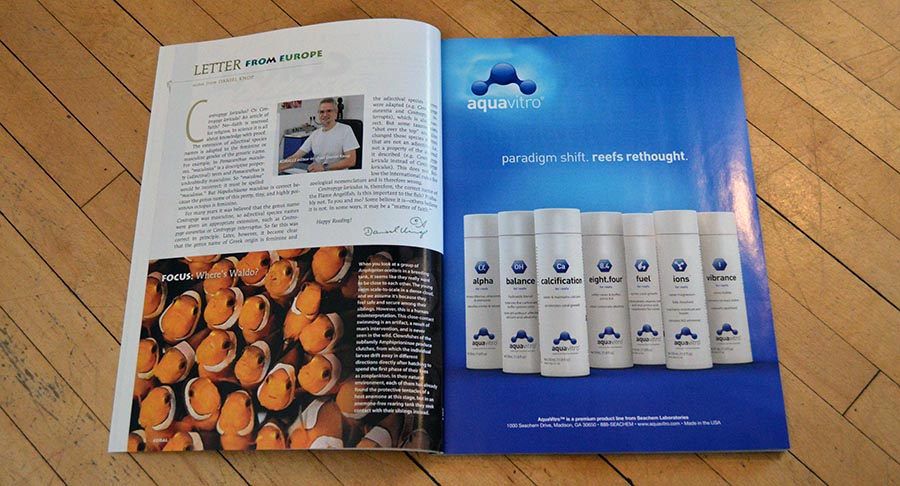 CORAL Magazine’s Letter from Europe, written by International Editor Daniel Knop, asks the question – Is it Centropyge loricula, or C. loriculus? The answer may surprise you. 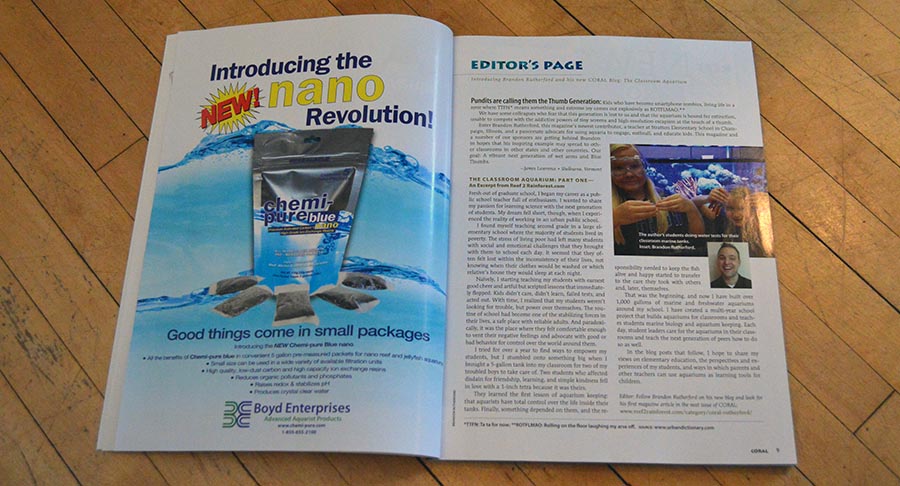 “Pundits are calling them the Thumb Generation” – CORAL Magazine Editor and Publisher James Lawrence introduces new contributor and blogger Brandon Rutherford, who takes an in-depth look at the educational value of aquariums through his experiences as a 3rd grade teacher running a coral reef project consisting of multiple display and classroom aquariums in the heart of the US. 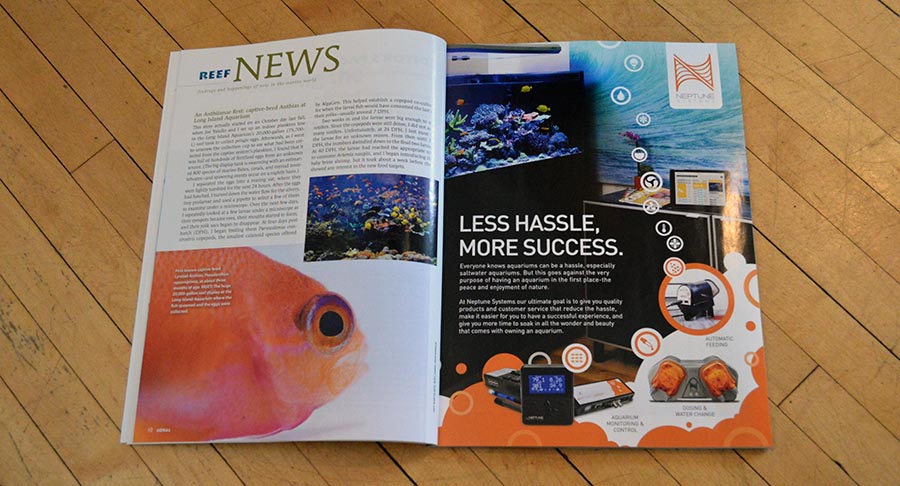 We kick off this issue’s Reef News with the Noel Heinsohn’s long awaited revelation – what SPECIES is the first captive-bred Anthias? You’ll have to read the story to find out! 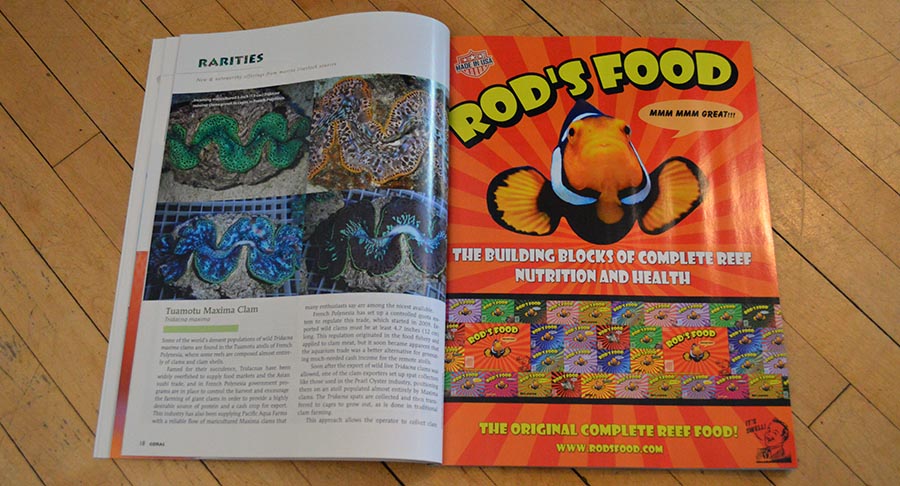 Another installment of eye candy in our “Rarities” section, including the “No-Name Chalice” from A&M Aquatics – don’t miss the “Name The Chalice” contest, entries are due by the end of March, 2015! 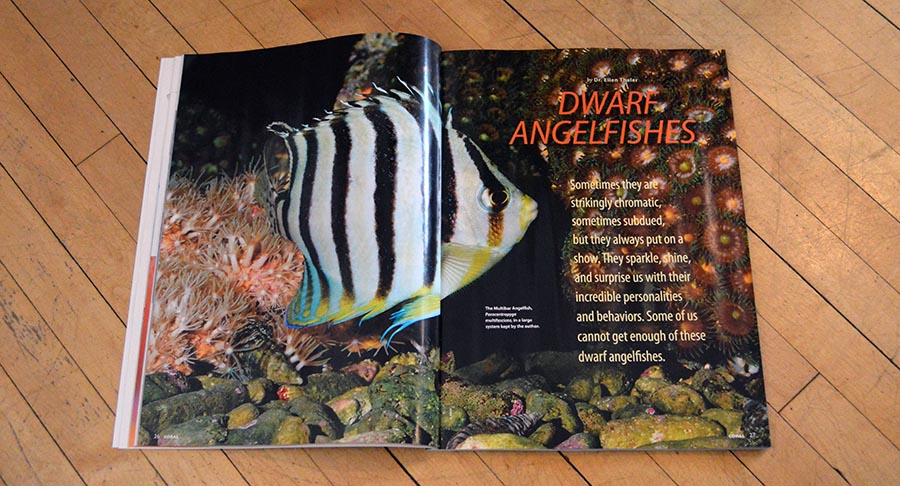 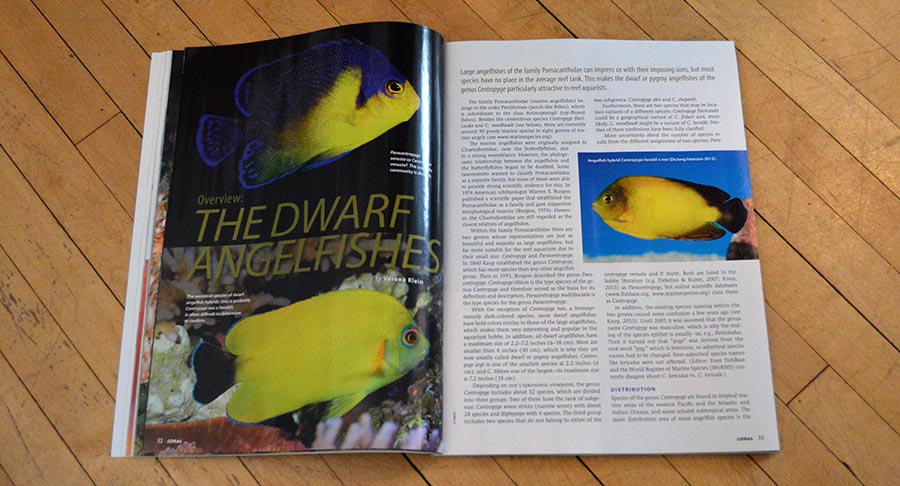 Verena Klein presents a broad Overview: The Dwarf Angelfishes, in the latest issue of CORAL Magazine. 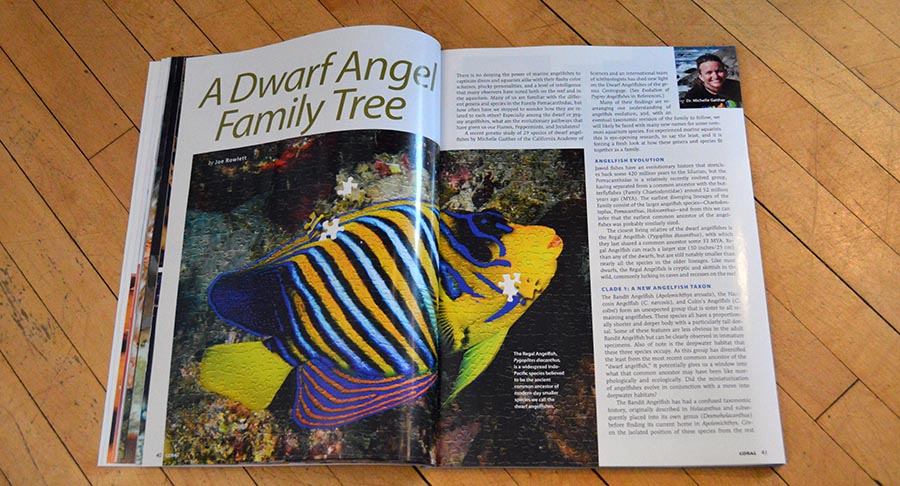 Joe Rowlett presents the latest genetic research which may reshape our understanding of “A Dwarf Angel Family Tree”. 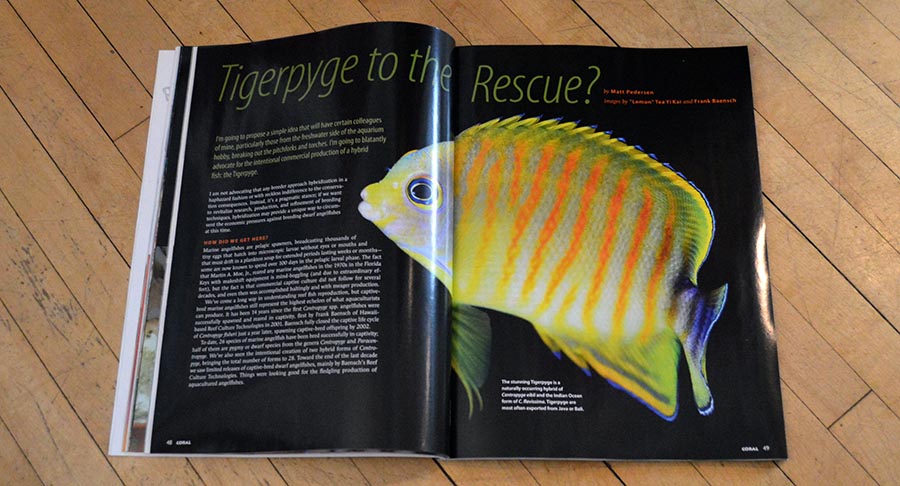 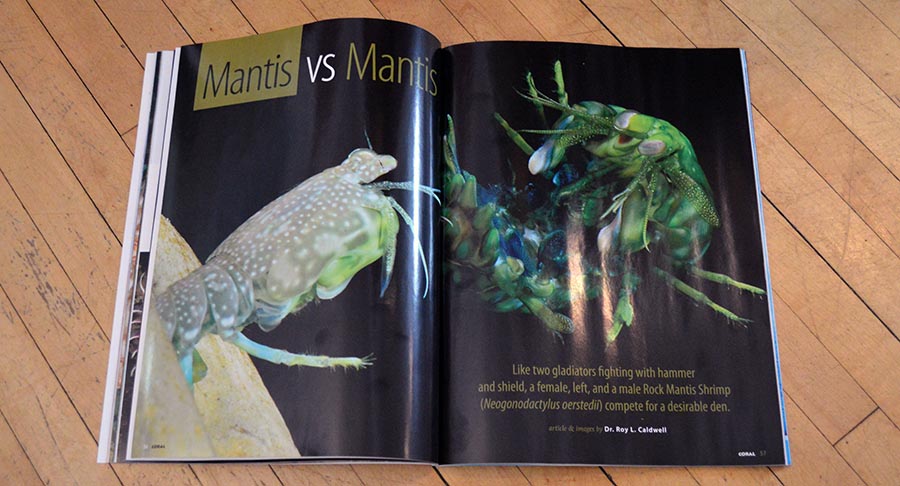 Dr. Roy L. Caldwell presents an intimate pictorial of a battle between “Mantis vs Mantis”. 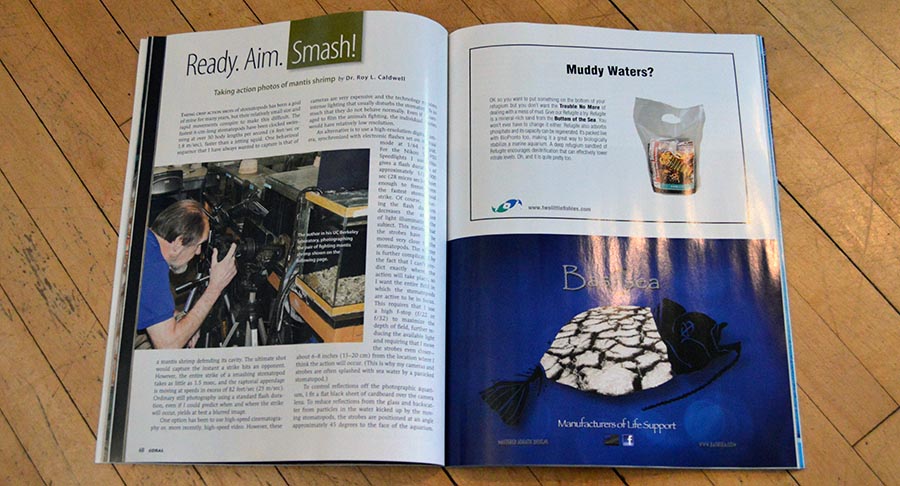 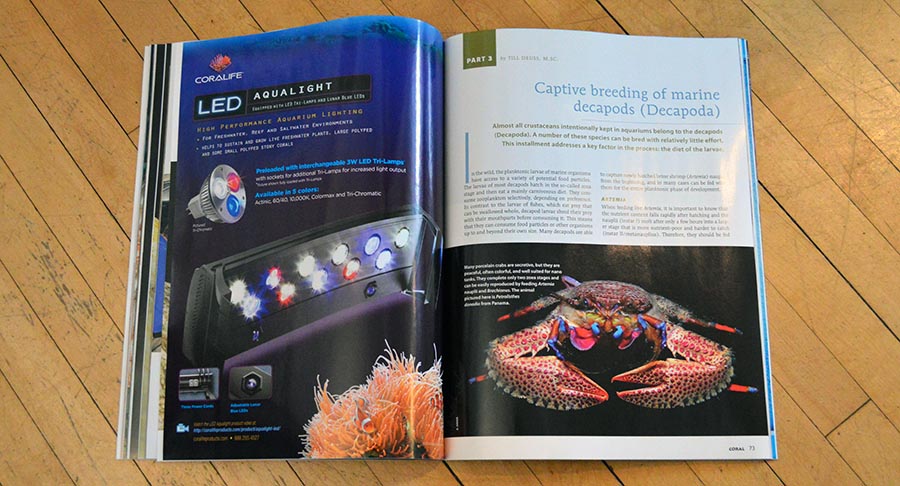 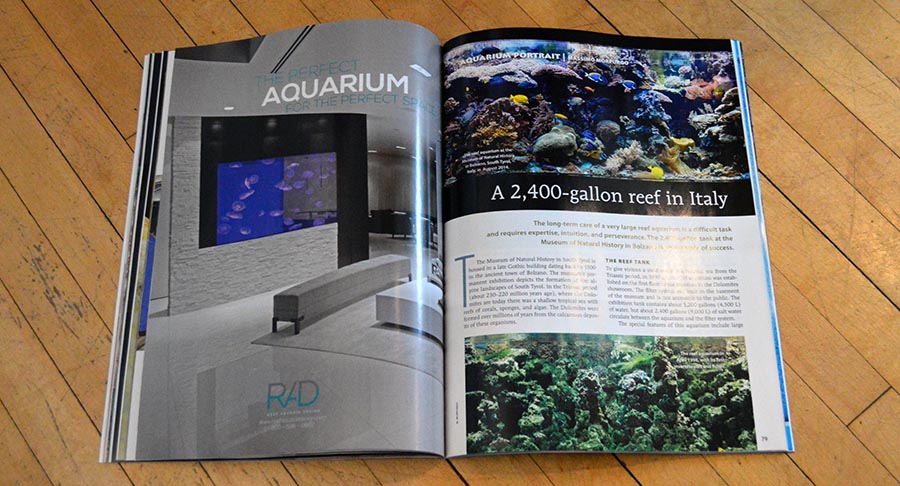 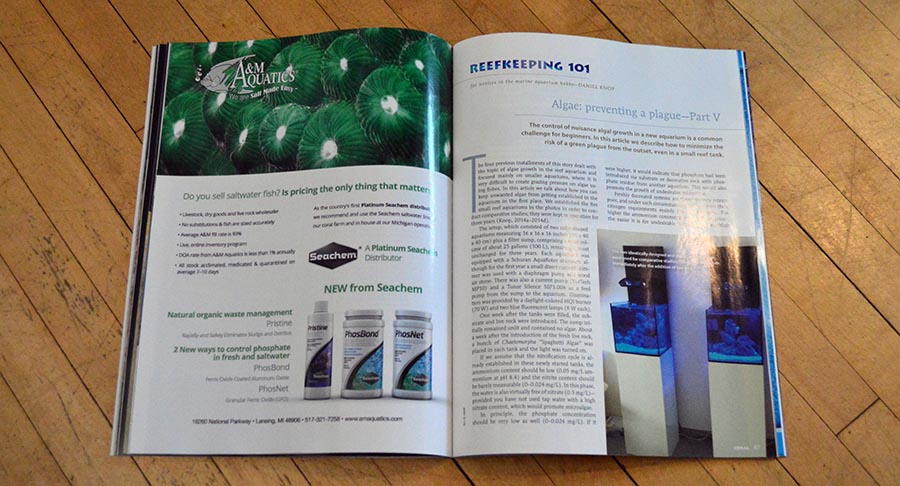 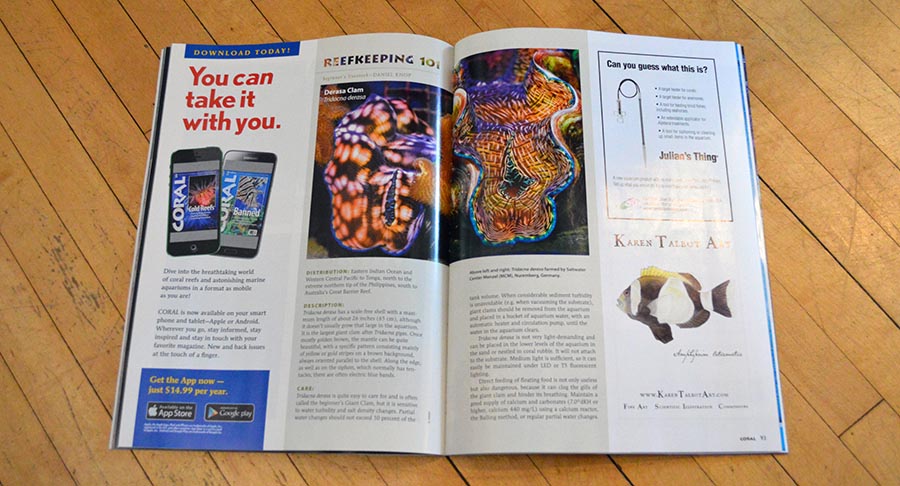 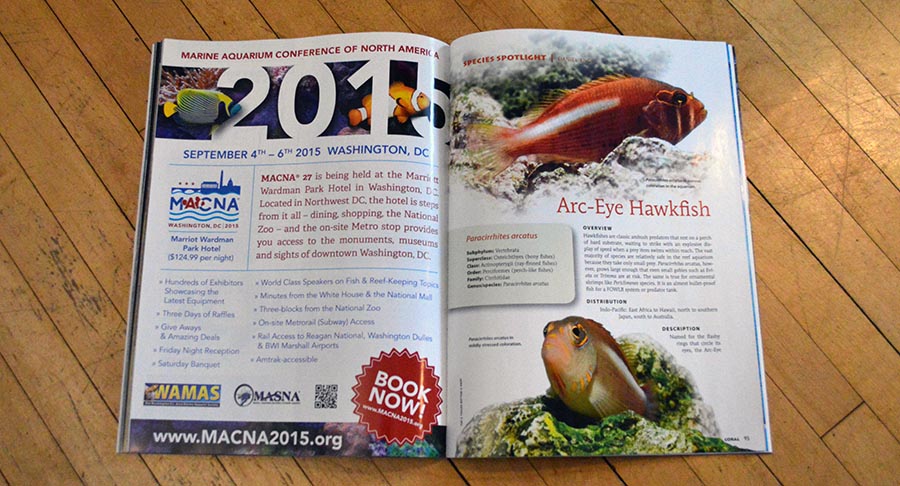 Our Species Spotlight for the March/April ’15 issue is the Arc-Eye Hawkfish, Paracirrhites arcatus. Daniel Knop provides a thorough review of the species. 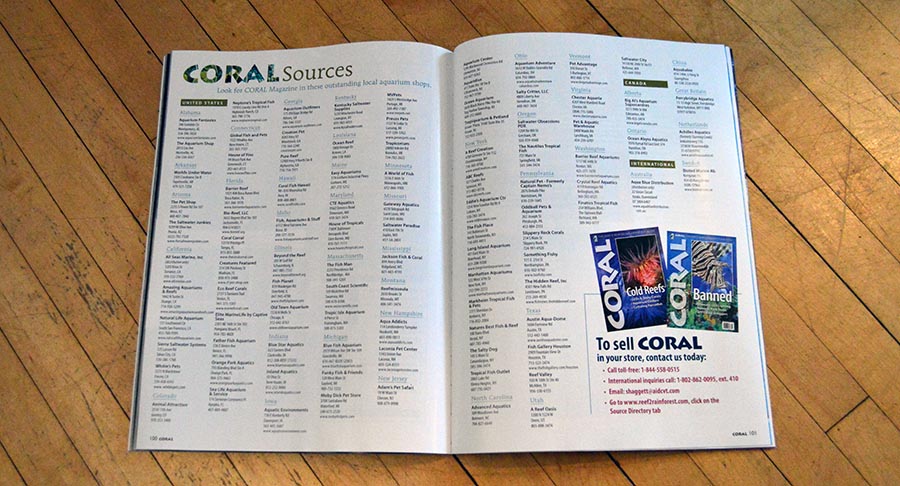 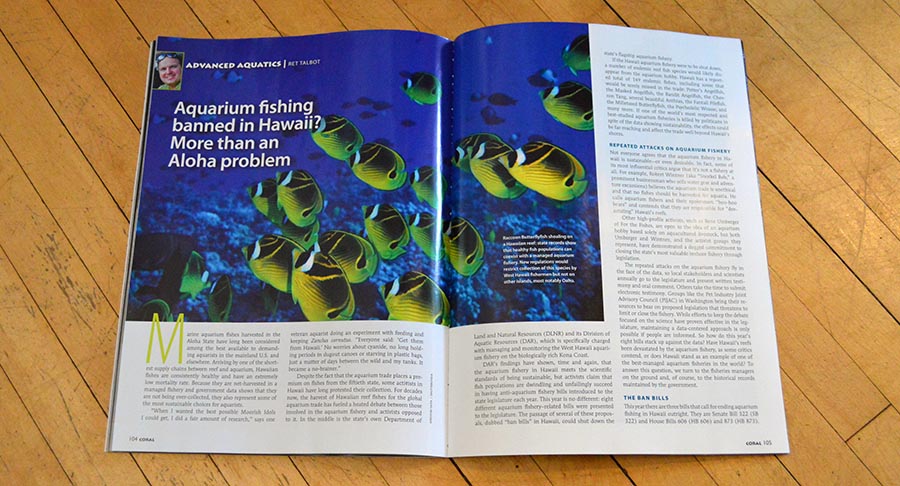 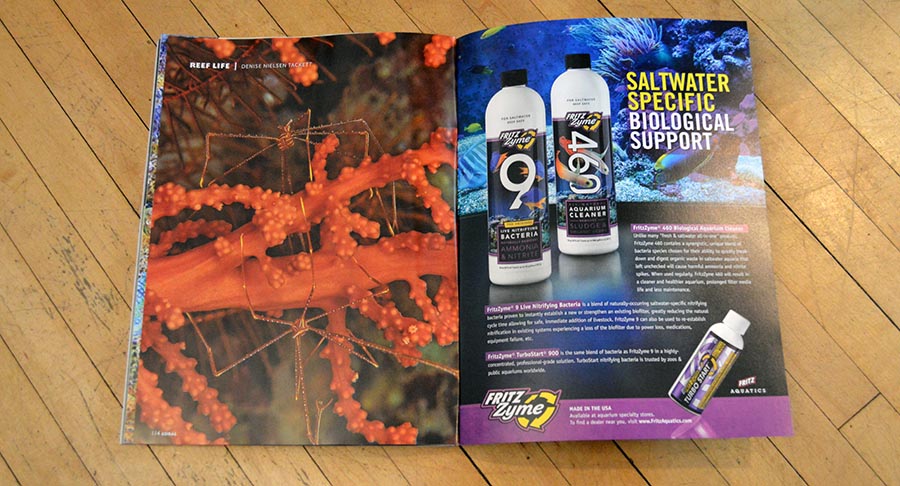 The parting photo for the March/April 2015 issue of CORAL Magazine is from the late Denise Nielsen Tackett.