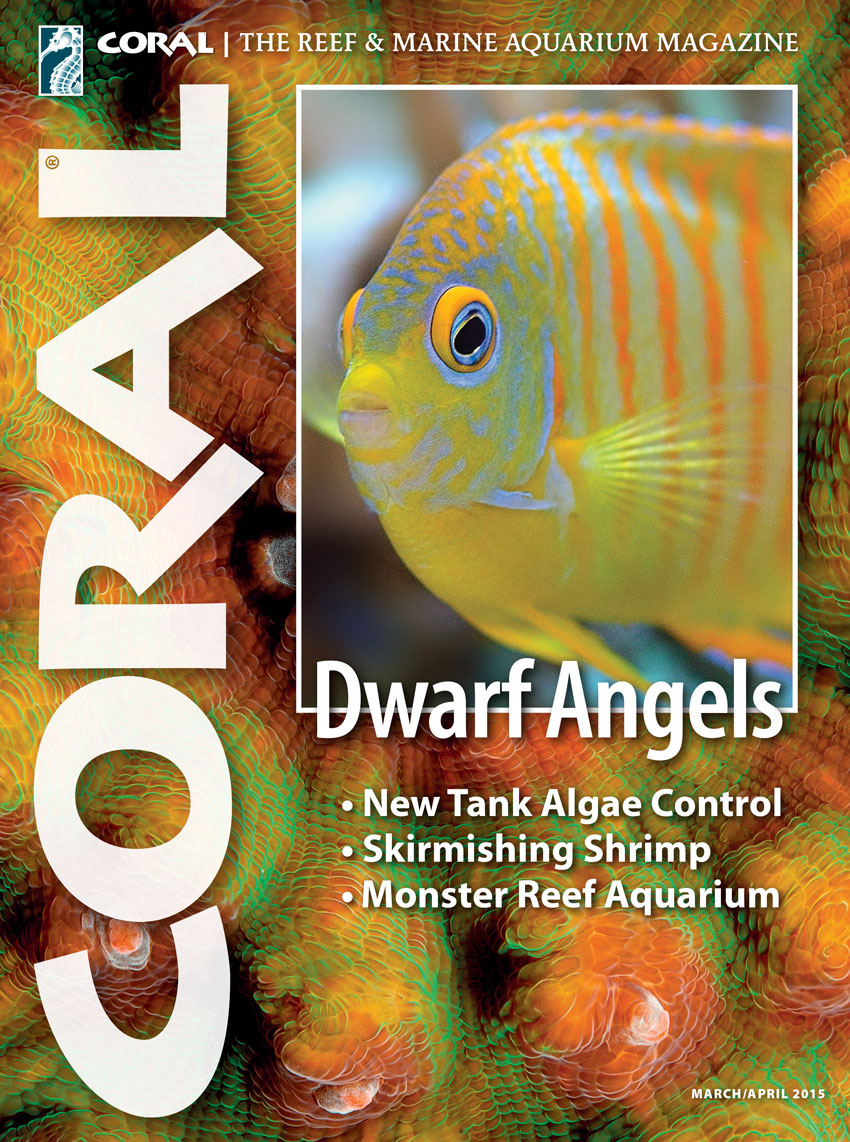 The Cover Theme delivers Part I of a series of articles on some of the most-desirable fish species kept—and dreamed about—by marine aquarists. Found within just two genera—Centropyge and Paracentropyge—the dwarf or pygmy angelfishes have the beauty, the brains, and the behaviors of their larger cousins, but come in sizes and with appetites more easily contained in the average reef aquarium. 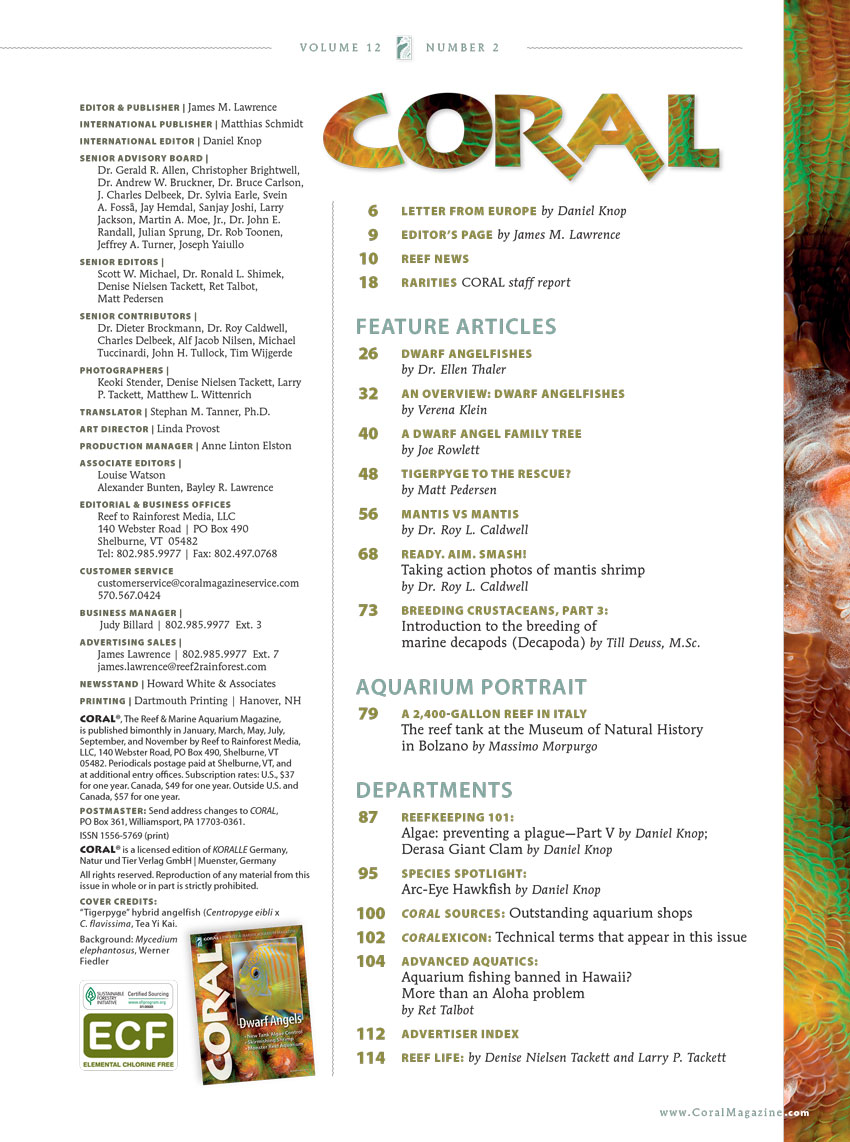 Dr. Ellen Thaler, who has studied and kept many species of Centropyge and Paracentropyge in her labs and home aquaria, leads off the section with an overview of these attention-grabbing fishes. 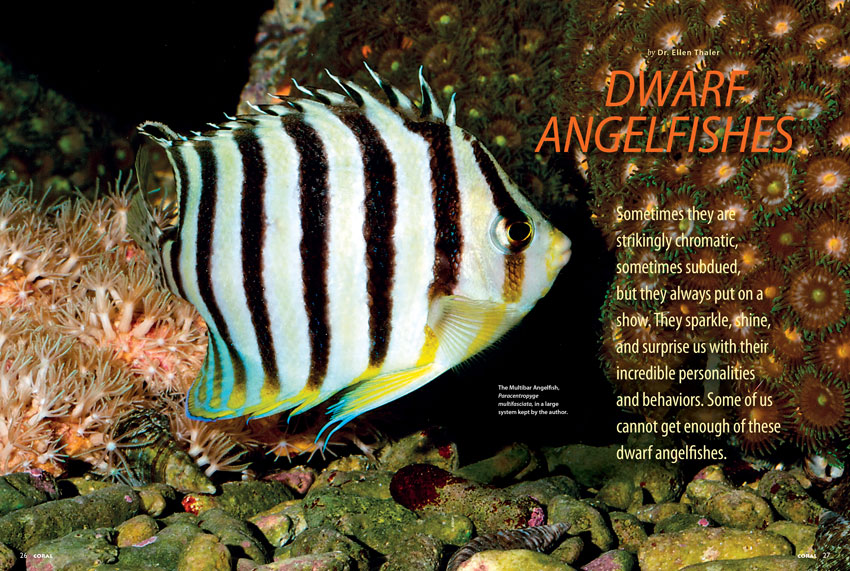 With stunning images from “Lemon” Tea Yi Kai and Frank Baensch, Sr. Editor Matt Pedersen considers a “loophole” that could circumvent the typical market forces that prevent captive-bred fishes from being more prevalent in the marine aquarium trade. Could the intentional pursuit of captive-bred hybrids reinvigorate interest in the captive propagation of Dwarf Angelfishes, particularly as a commercial venture, without the negative conservation concerns that hybrids tend to generate? 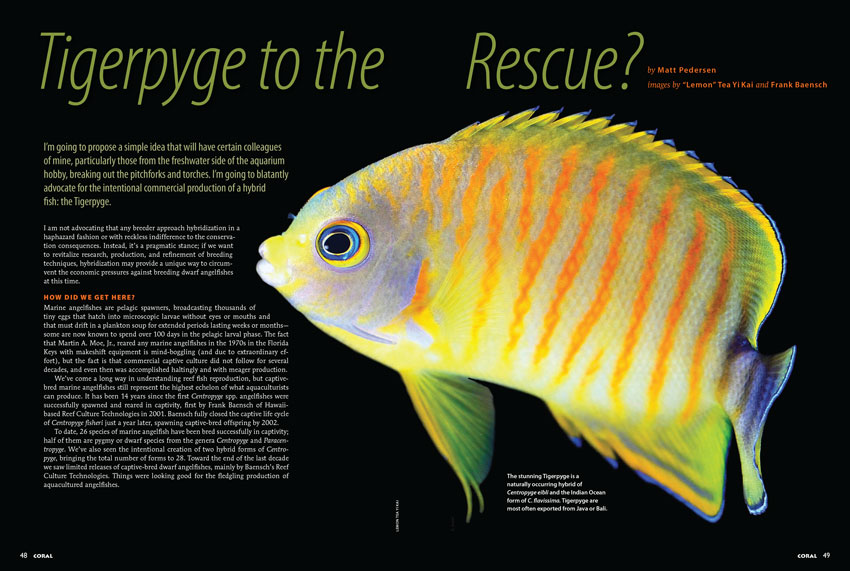 A world-renowned expert on the stomatopods, or mantis shrimp, Dr. Roy Caldwell gives CORAL readers a first exclusive look at Mantis vs. Mantis, a riveting stop-action battle of two heavily armored crustaceans in potentially-lethal battle over a perfect hiding cave. Dr. Caldwell provides the play-by-play script for the amazing encounter, then brings the reader into his wet lab at the University of California, Berkeley, to show how these exceptional images were taken. 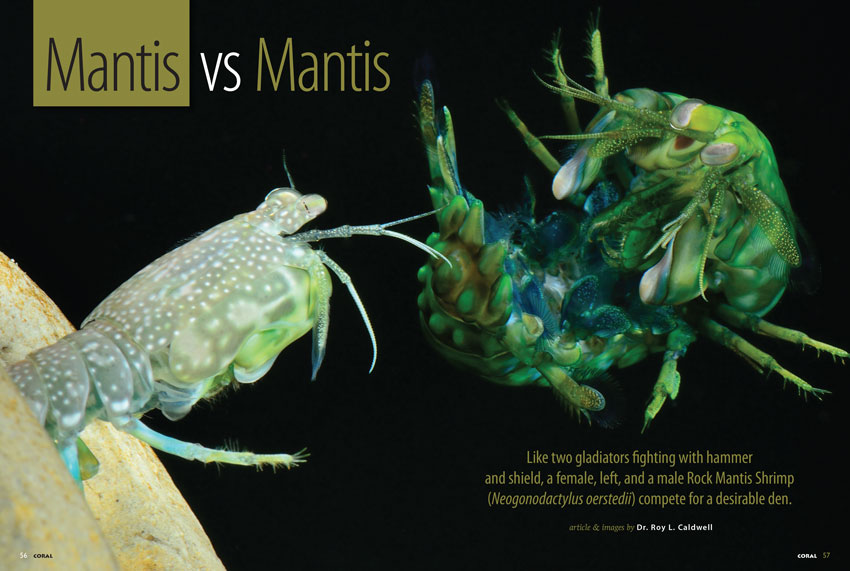 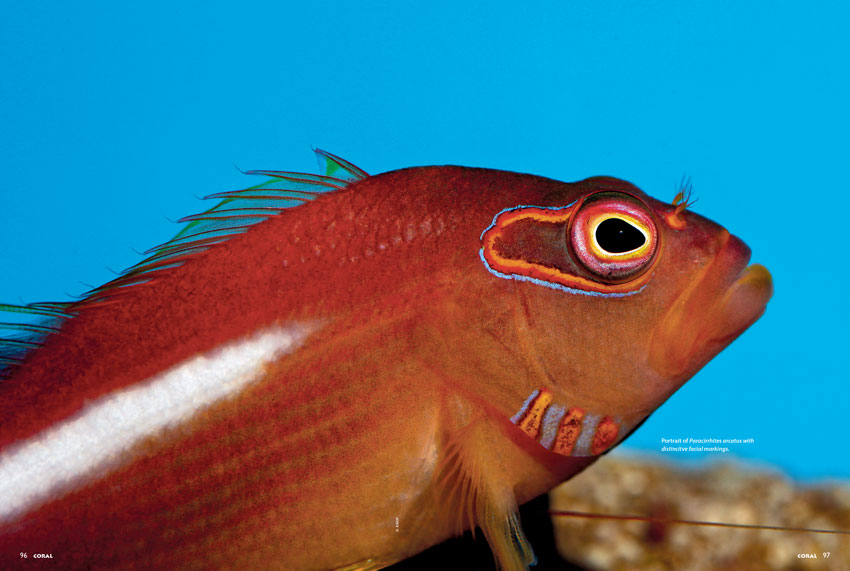 “Unfortunately, what happens in Hawaii might not stay in Hawaii,” says Senior Editor Ret Talbot in taking a look at the latest calls for banning or curtailing the collection of aquarium fishes in the Aloha State. Many observers fear that, if the Hawaii aquarium trade were banned, despite its well-studied sustainability, the repercussions could spread to other states and other countries. 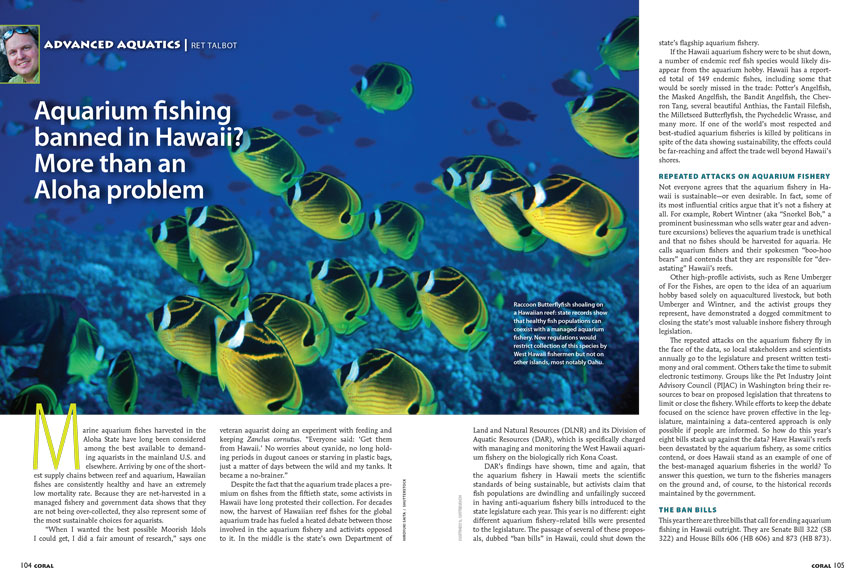 And much more….   The March/April 2015 Issue of CORAL will be arriving in homes and stores during the last week of February and first days of March. Subscribers can anticipate at-home delivery of print copies in the coming days, followed by email links to the simultaneous Digital Edition.  Subscribe to CORAL or buy Back Issues here.