Early Success with a Halichoeres Wrasse! 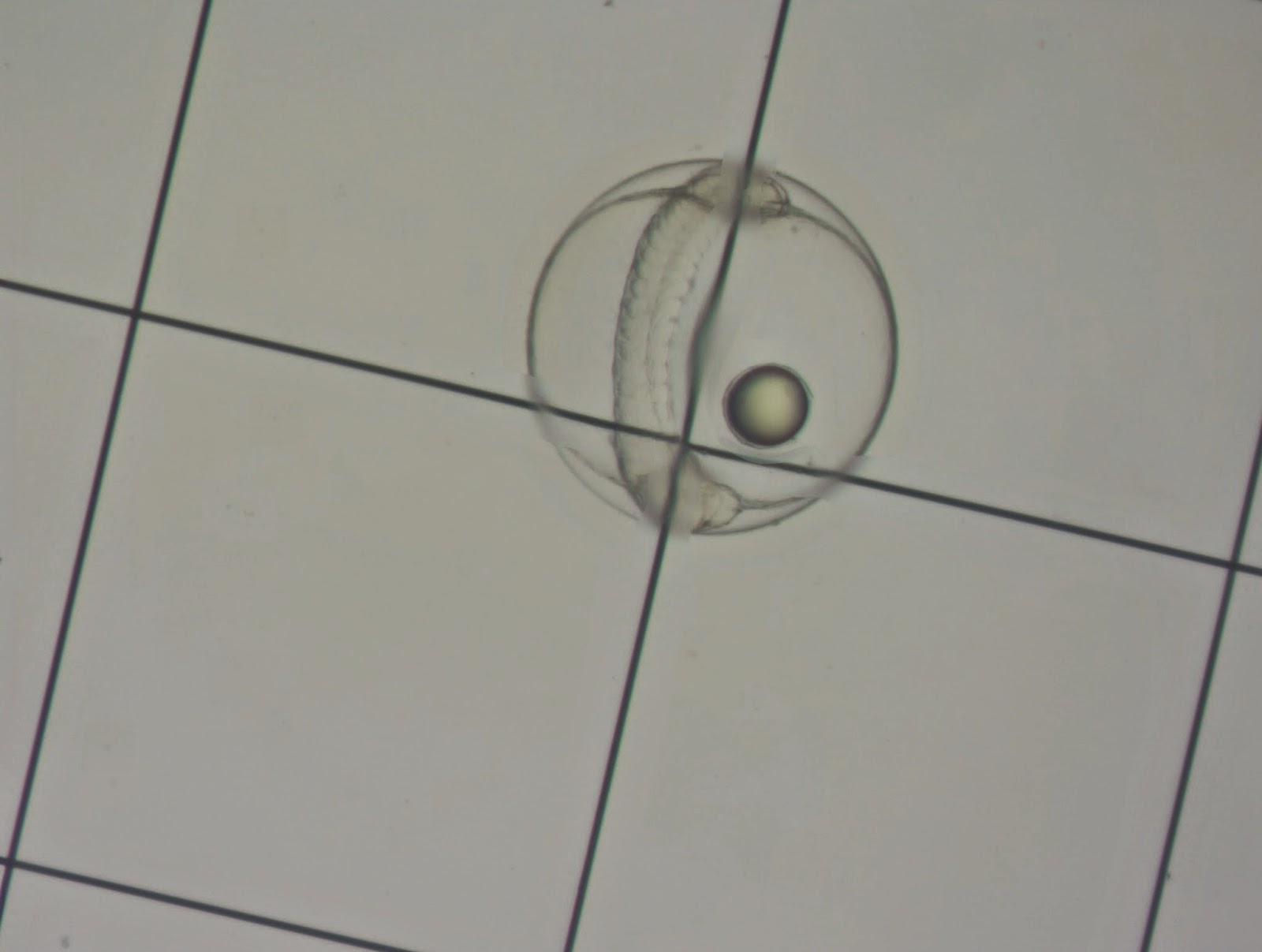 Here at the Tropical Aquaculture Lab we’re very fortunate to have the opportunity to work in a field we’re truly passionate about. That passion inspires me to not only work on captive breeding of marine species here at work, but to also explore other fish by working from home. I’m pleased to announce that the first project I’ve taken on as an at-home aquaculturist resulted in the successful captive rearing of the melanurus wrasse, Halichoeres melanurus, using only cultured prey items. Although only a few fish were brought through metamorphosis, survival should be higher when larvae are raised in the controlled environment of a dedicated facility as opposed to the chaos of a household living room. I strongly believe this fish, and others in this genus, will have significant commercial potential. We now have broodstock at the Tropical Aquaculture Lab because of this early success. The work done so far will stand as strong supportive evidence to move forward with other wrasses as well.

This species is a protogynous hermaphrodite, meaning fish transition from females to males as they mature based on social structure. Females can be identified by the presence of the third black spot at the front of the dorsal fin. The first step these fish make in transitioning from female to male is the loss of that particular spot, so this acts as a great way to identify females. Females can get along fine in groups, however males will compete for territory and only the largest terminal phase male will survive. Spawning these fish in small harems of one terminal phase male with three to four females seemed to work well for me.

One to two hours before the tank lights turned off the male would rise to the highest point of structure in the tank and begin a vibrant display for the females followed by continuous chasing. The male would then find an accepting female and the pair would spawn hundreds up to several thousand pelagic eggs into the water column. The eggs were about 660µm in diameter. Despite this small size, larvae hatch out relatively large (~2.5mm) but with a very small mouth gape (~125µm). Larvae were reared in a static 5 gallon aquarium and were ready to feed at 3dph (days post hatch). At that point, the rearing water was darkened with T-ISO and larvae were fed Parvocalanus crassirostris nauplii at 1-2 nauplii/mL. Lights were on continuously until larvae were 12dph and over the next 8 days lights were transitioned down to a 14 hour light: 10 hour dark schedule. Varying size fractions of copepod nauplii were maintained in the tank throughout the rearing process and at 14dph Otohime A micro diet (75-250µm size) began being fed to larvae. Larvae reached flexion by 15dph (see video) and were settled juveniles by 22dph.

With work on this species now being conducted here at the Tropical Aquaculture Laboratory, we look forward to bringing more information on optimized rearing protocols for this species in the near future.

The Rising Tide Team at the Tropical Aquaculture Laboratory