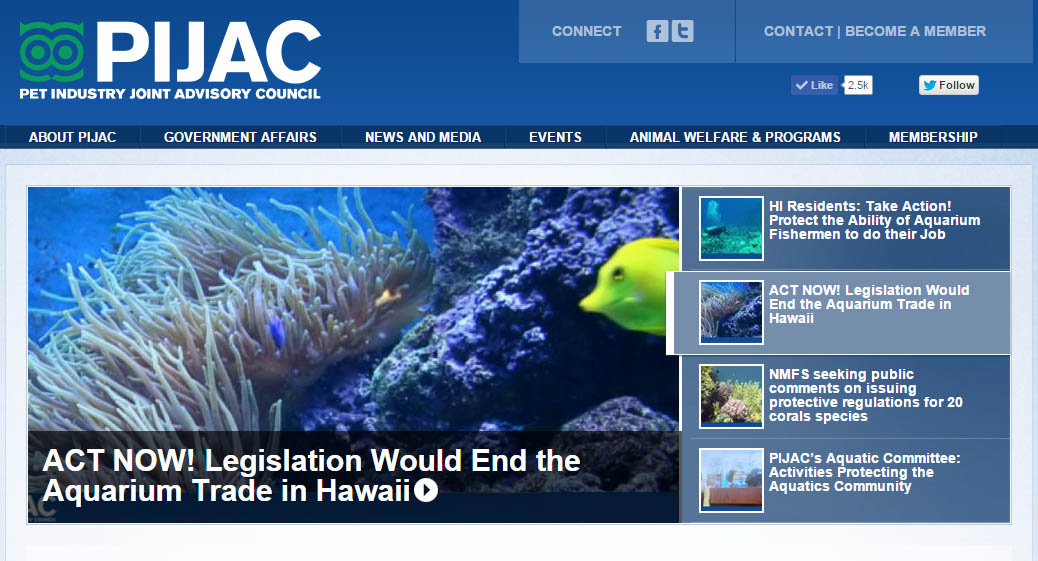 The House Ocean, Marine Resources, & Hawaiian Affairs Committee of the Hawaii Legislature plans to hear and vote on three bills (HB 606, 873 and 883) that directly targets the aquarium trade by imposing outright bans or standards on fish collecting that are detrimental to the safety of the fish as well as make it impossible to operate in a humane and economic manner. The Committee will also hear one bill (HB 511) designed to protect fishermen from undue harassment. Many of these proposals start from an assumption that the fishing associated with the aquarium industry negatively impacts local population of native species.

HB 606 – Establishes a 10-year moratorium on the taking of aquarium fish. This is the practical equivalent of outlawing the entire aquarium fishing industry.

HB 873 – Prohibits the sale of aquatic life for aquarium purposes use “taken from any of the waters within the jurisdiction of the State”. This bill is nearly identical to SB322 in the Senate.

HB 883 – Mandates collection, shipping, and holding practices that would make it impossible to care for fish in a humane manner.

HB 511 – Establishes anti-harassment provisions against intentionally preventing or attempting to prevent lawful taking if fish by licensed collectors. The law would ensure that no one can intentionally prevent or attempt to prevent the lawful taking of fish by a person possessing a permit issued by the State or fishing in marine waters within the State’s jurisdiction by placing themselves in a location in which human presence may affect the behavior of fish to be taken or the feasibility of taking such fish. Nor would they create a visual, aural, olfactory, or physical stimulus to affect the behavior of fish to be taken; OR affect the condition or placement of personal property intended for use in fishing activities; OR obstructing the fisher’s access to areas in which the person intends to lawfully take fish.

WHAT CAN YOU DO?

For residents of Hawai’i:

Contact everyone you know in Hawai’i and encourage them to act as well as notify all of their friends. Contact your friends, family, coworkers, employees and anyone you do business with, and get them to weigh in on these bills immediately.

BACKGROUND INFORMATION
The following is provided to help you when preparing your testimony: