You Are What You Eat

A day or so ago I was contacted by a researcher doing some research into forensic science.  The questions being asked concerned the decomposition of bodies underwater.  For those of you who watch or watched the CSI-type shows, this researcher was creating the analogue of a “human-body” farm, only was doing it under water off the coast of Vancouver Island.

The experimental protocol involved putting a pig carcass down deep underwater, where it was connected to a system that allowed continual recording of environmental parameters, as well as being able to photograph the experiment at will.  There were some objects that appeared in some images that appeared to be shaped something like the scaphopods that I have done research on, and they wanted to know if the objects were, indeed, some tusk shells.  The long story short, was no, they weren’t, but I couldn’t help them distinguish what else they might be either.

These folks had published some other, similar, research from a different area that I had also been diving in many years ago, and it was really interesting to see the images that resulted.

There are many great images in the paper, showing the “REAL” clean-up crew from the Northeastern Pacific at work. 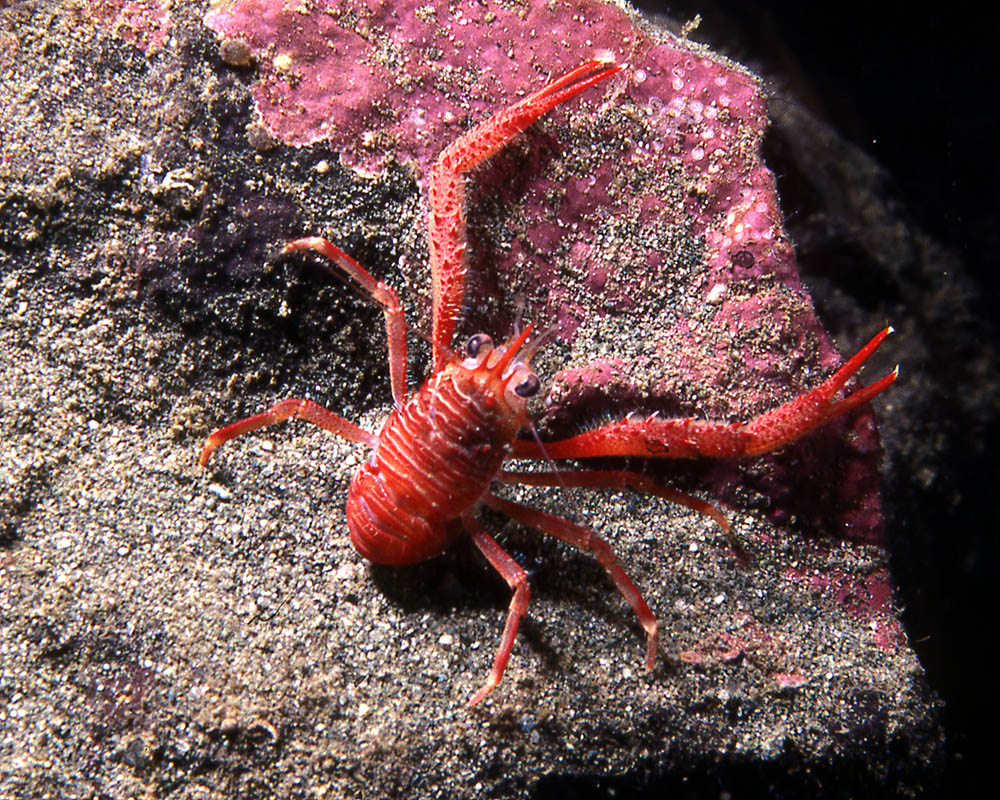 The North Eastern Pacific Squat Lobster, Munida quadrispina is a scavenger on large carrion. It comes in large swarms to consume fresh carrion.

As proxies for human carcasses, pig carcasses were used, and these were followed from periods ranging from several weeks to several months, depending upon the situation.  In some cases, the pig remains were removed by some critters, which of course terminated that study component. 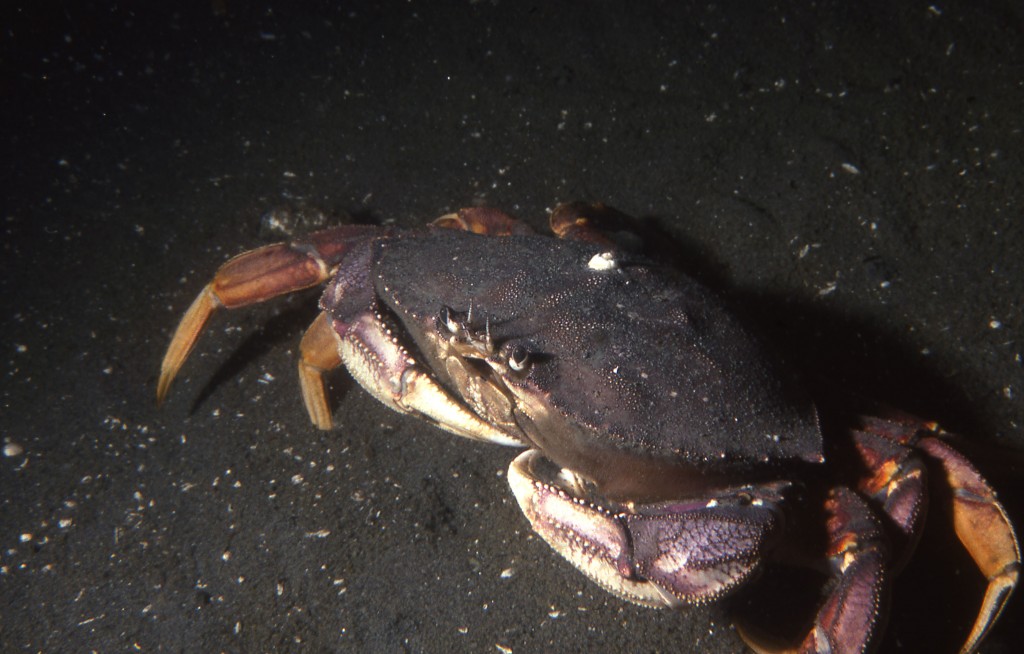 These large crabs are also scavengers on large carrion.

One of the more interesting things that was found was that the carcasses never decomposed, instead they were consumed by scavengers ranging from Dungeness crabs to six-gill sharks, to small amphipods.  In a few cases, the crabs settled on the carcass and stayed there for several days whilst they consumed their long, cold, meal.

During one year whilst I was a graduate student, I was also “Deputy Dog” (Deputy-Diving Safety Officer) for the labs where I worked.  I believe that that was in the summer of 1973, or maybe 1974, and that was a bad year for divers in the San Juan Islands of northern Puget Sound.  If memory serves, over the course of the summer and early fall, there was about a diving fatality per week in the region. None of them were research divers, instead they were almost always tourists who came into the area to dive. These folks were unfamiliar with the rather treacherous currents found in the regions, and apparently didn’t pay sufficient attention to calculating when tidal currents were at their minimal velocities.  The divers would get into the water and simply disappear.  Some of the dive sites in that region are adjacent to very deep water and we theorized that the divers got caught in currents and simply flushed into deeper water where they became crab food.

I had to go on a couple of dives searching for the carcasses, but fortunately I never found one.  The images in the article show the remains of crabs, shrimps, and other critters consuming the experimental pigs.  Substituting a human for the pigs would give one a template that could be with a person for a long time.