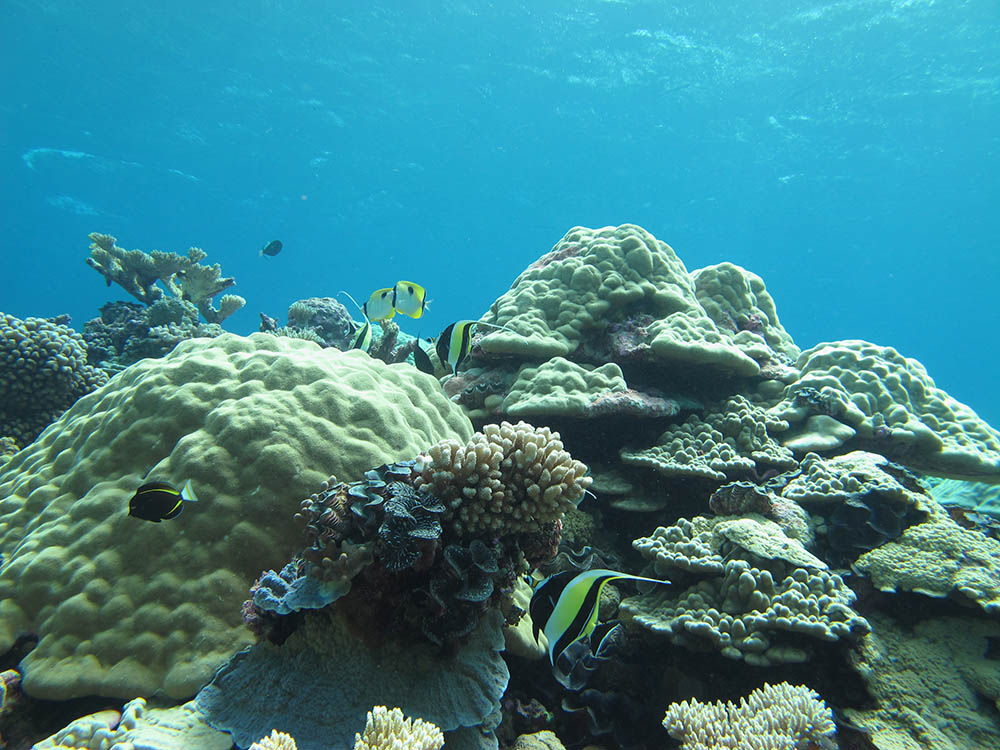 Species like Moorish Idols and Teardrop Butterflies, once routine exports from Hawaii, are species notably absent from the West Hawaii Fishery’s White List. But proposed legislation could make even that compromise a moot point. Photo Credit: Amanda Pollock/USFWS.

With the fourth day of the 2015 legislative session in Hawaii drawing to a close, there are two new aquarium fishery-related bills pending introduction in the House. The first is HB 873, which would prohibit the sale of aquatic life for aquarium purposes. HB 873 will be introduced by Representative Kaniela Ing at the request of another party. This new bill is the House version of Senate Bill 322, which was introduced in the Senate on 23 January by Senators Russell Ruderman, Rosalyn Baker and Suzanne Chun Oakland.

Context for the Proposed Prohibition

Unlike SB 322, HB 873 provides several paragraphs of context for why the sale of aquatic life for aquarium purposes should be prohibited statewide. For example, the Bill claims that Hawaii’s reefs are over-harvested for the aquarium trade and that the resulting loss of wildlife “threatens Hawaii’s reef environments and the socioeconomic benefits they provide.” Specifically the Bill claims that the aquarium fishery harms tourism, which is, according to the Bill, “a crucial contributor to the State’s economy, and as sustenance for local families.”

In particular, the Bill alleges the aquarium fishery is not well managed and that existing regulations have “thus far failed to maintain populations of crucial species at levels necessary to protect Hawaii’s coral reefs.” Specifically, HB 873 claims the aquarium trade has overfished reef herbivores such as the yellow tang (Zebrasoma flavescens). “Without herbivorous fish,” the Bill states, “the long-term stability of these fragile ecosystems is in jeopardy.”

While stating that the damage to the reefs as a result of the aquarium fishery is significant, HB 873 claims the fishery itself provides little economic benefit to Hawaii. The rationalization for a prohibition on sale of Hawaiian aquatic life for aquarium purposes is summed up in the Bill as follows:

Wildlife left on reefs benefits the reefs. Restoring herbivorous fish populations is essential for the protection of Hawaii’s coral reefs and the current and future socioeconomic well-being of Hawaii’s people, which is tied to this unique marine environment.

In addition to contextualizing the prohibition, HB 873 proposes draft language for a new section of Chapter 188 of the Hawaii Revised Statutes. The draft language is nearly identical to the proposed language in SB 322 and states at the outset:

It shall be unlawful for any person at any time to knowingly or intentionally sell or offer to sell, for aquarium purposes, aquatic life taken from any of the waters within the jurisdiction of the State.

Penalties under the new law could reach $3000 and up to 90 days in prison in addition to an administrative fine of not more than $1000 for each specimen of aquatic life sold, seizure and forfeiture of specimens, commercial license, vessel and equipment. If passed, the new law would go into effect 1 January 2016.

Inconsistent with the State’s Own Data

The Bill in its current form provides many statistics that are inconsistent with peer reviewed fishery data. While fisheries mangers acknowledge there is room for improvement in the fishery, they also point out that the aquarium fishery is one of the best studied fisheries in the State. In fact, the State’s own Department of Land and Natural Resources (DLNR) Division of Aquatic Resources (DAR) has consistently said the fishery can be managed sustainably and has published data showing that fishery management practices in place since 1999 in West Hawaii (Hawaii’s largest aquarium fishery) are effective. A report on the West Hawaii Regional Fisheries Management Area (WHRFMA) was submitted to the Legislature by DLNR and provides specific data against which legislators can fact-check the unsourced statistics put forth in the Bill. As a result, any discussion concerning HB 873 should be a data-centered discussion as opposed to an emotional one.

HB 873 is the fifth aquarium fishery-related bill either already introduced or pending introduction in the Hawaii Legislature this year. The bill introduction cutoff date is Thursday, and more aquarium fishery-related bills may be introduced. After being introduced, bills will be referred to committee. At that time, public testimony may be appropriate. Stay tuned to The Good Catch Blog and The Good Catch Blog Facebook page, as well as to CORAL Magazine for the latest on these bills affecting the Hawaii aquarium trade.