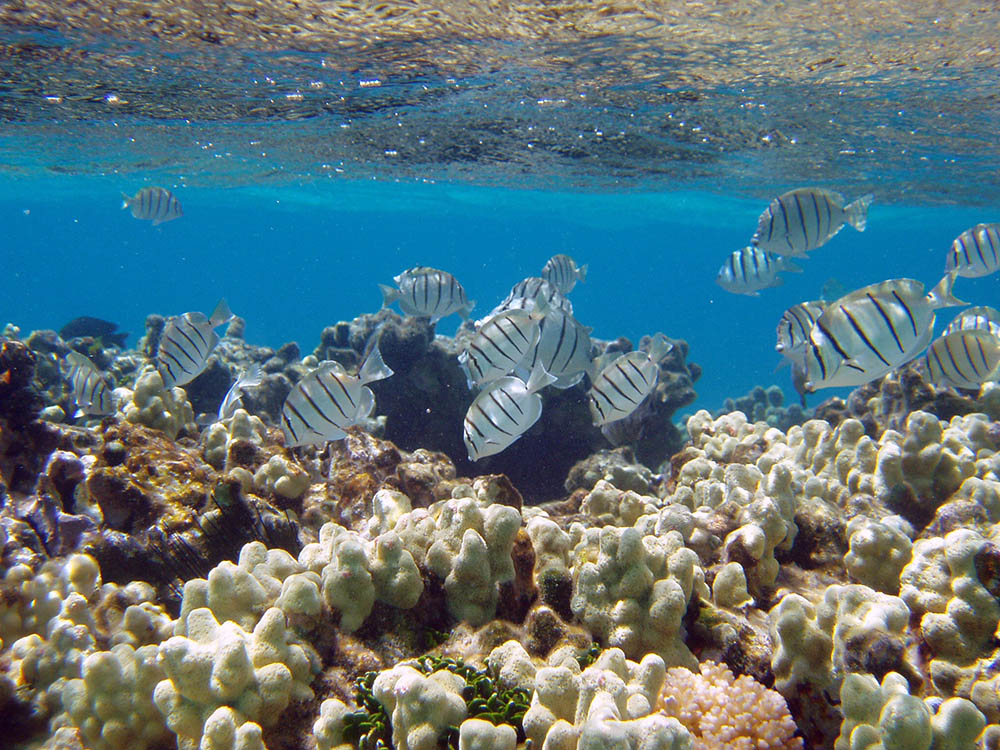 It is four days into the 2015 legislative session in Hawaii, and there are a total of six aquarium fishery-related bills that have either been introduced or are pending introduction in either the House of Representatives or the Senate. The most recent bill is House Bill 883, which prohibits selling or offering for sale any fish or aquatic life taken under an aquarium fish permit subjected to “substantial injury” or “cruel treatment.” The bill is pending introduction and will be introduced by Representatives Chris Lee, Richard Creagan, Nicole Lowen, Sylvia Luke, John Mizuno, Joseph Souki, Roy Takumi, Romy Cachola, and Karl Rhoads. If HB 883 passes it would go into effect upon its approval.

[R]eef species captured and sold as pet animals are subject to cruel and unethical treatment, including mutilation, puncturing, and confinement, which are common practices by individuals capturing and selling these species.

Because, as the Bill states, “existing laws do not provide adequate protection from cruel treatment,” new laws are necessary. In addition to prohibiting cruel and unethical treatment, HB 883 also aims to “increase survivability” of aquarium animals harvest in Hawaii’s aquarium fishery.

At the heart of the Bill is the definition of what “Cruel Treatment” means. “Cruel treatment,” HB 883 reads, “means behavior that may result in substantial injury to the aquarium fish or aquatic life, including but not limited to:”

If all of these practices were categorically made illegal as a result of this Bill, some aquarium trade experts contend it would have a significant effect on the State’s aquarium fishery and trade. They point out that some of these practices are widely accepted and that the science shows they may actually be in the best interest of the animal’s health and wellbeing. For example, the practice of not feeding fish prior to shipping is so that ammonia doesn’t build up in the shipping water. Many organizations, including the Food and Agriculture Organization (FAO) of the United Nations, recommend withholding food long enough to void the stomach and intestine as a best practice. Senate Bill 670 also includes provision regarding feeding of aquarium fishes prior to shipping.

HB 883 is the sixth aquarium fishery-related bill either already introduced or pending introduction in the Hawaii Legislature this year (the others are SB 322, HB511, HB 606, SB 670 and HB 873). The bill introduction cutoff date is Thursday, and more aquarium fishery-related bills may be introduced in the interim. After being introduced, bills will be referred to committee. At that time, public testimony may be appropriate. Stay tuned to The Good Catch Blog and The Good Catch Blog Facebook page, as well as to CORAL Magazine for the latest on these bills affecting the Hawaii aquarium trade.